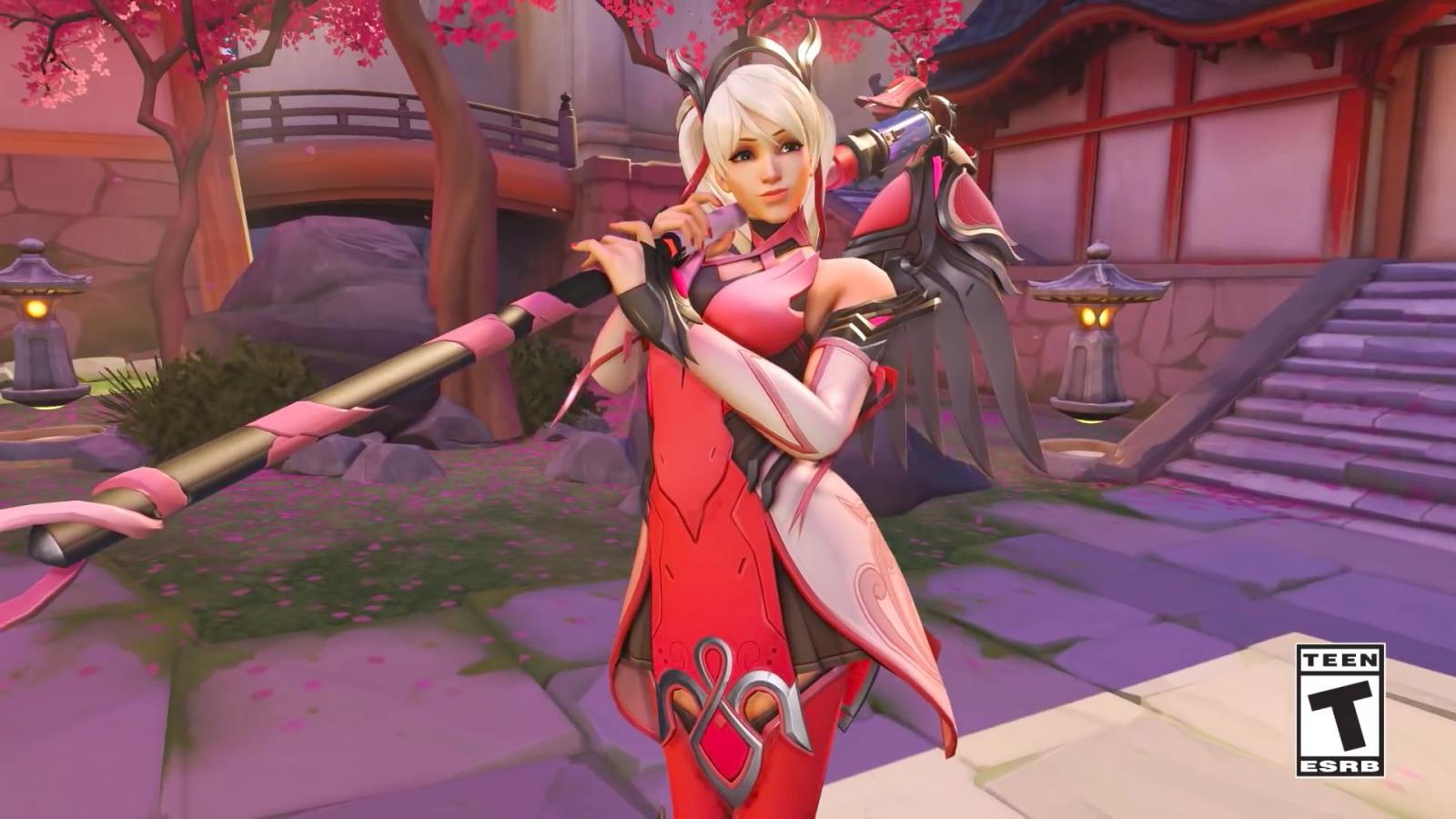 Talk about a winning play

There's lots of money to be made in video games, especially if you know where to put the price points. In the case of the Blizzard game Overwatch (as with many esports), plenty comes from skins, or custom assets that enable cosmetic changes—for example, to the appearance of a character, tool or map.

Overwatch put that impulse to good use. Between May 8 and May 21, it released a $15 special-edition pink skin to support the Breast Cancer Research Foundation. It also created a special series of $30 limited-edition T-shirts designed by community artist Victoria Tsai.

TOGETHER, WE CAN BE THE END OF BREAST CANCER.@PlayOverwatch has partnered with @BCRFcure to create this new Pink Mercy skin and t-shirt.

For the next week, the Gladiators will wear our pink logo to increase awareness of the movement.

The skin is for Overwatch character Mercy, a healer in the game. She wears a special Valkyrie Suit that keeps her within proximity to teammates, like a guardian angel. Using her Caduceus Staff, she can heal, resurrect or strengthen them.

But Mercy also has an elaborate backstory that ties in nicely with breast cancer research. She's a scientist and peace advocate, and she was the head of surgery for a Swiss hospital before pioneering a way to improve the treatment of life-threatening inflictions. Thus, she was recruited to the legendary Overwatch.

The skin enables users to give her typically white Valkyrie Suit a pearly pink sheen.

Over two weeks, publisher Blizzard managed to raise $12.7 million—about $6.35 million a week—all of which went to the BCRF, making it the largest donation from a company in its 25-year history, per Blizzard. Another $130,000 in donations was raised by community members watching Overwatch stars streaming on Twitch.

In addition to all the dosh, massive amounts of fan art was produced in support of the Mercy skin. The work below comes courtesy of Hage_2013. 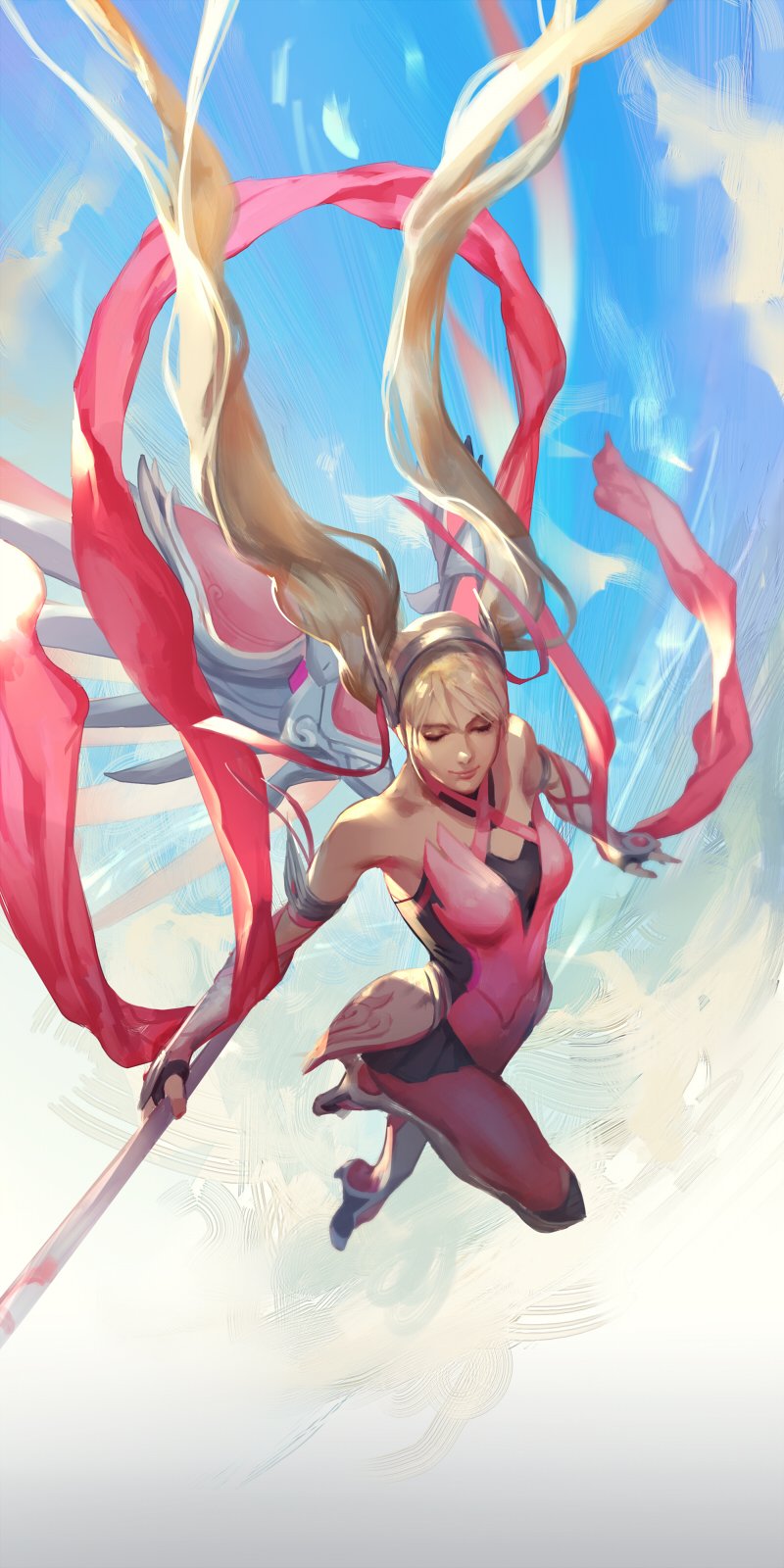 In a statement, BCRF chief strategic alliances officer Stephanie Kauffman said, "Blizzard Entertainment's record-breaking commitment to activate change for women's health by mobilizing the gaming community worldwide will have a lasting impact," one that "will help accelerate breakthroughs in prevention strategies, improved treatments, survivorship and quality of life for breast cancer patients worldwide."

Overwatch also did its own thank-you video.

The topic of women in gaming, and esports specifically, is sensitive for publishers and platforms, who are under pressure to cultivate a more welcoming atmosphere and create characters that are less sexy than they are able.

Women make up about 50 percent of the gaming market overall (including mobile and casual games). While esports is expected to catch up, its current user base is closer to 30 percent women.

Overwatch has seen its fair share of scandal in this regard, but it also attracts two times more women than any other first-person shooter. The game's logo is also a depiction of female character Tracer.

"In terms of playing games, women still underindex big-time … but on Overwatch they overindex" compared to esports at large, Overwatch League commissioner Nate Nanzer said at Cannes Lions this year. He added, "How many video games have had a woman on the cover?"

Operators of the Overwatch League are "45 percent female," which Nanzer hopes will send a message to players and viewers. In addition to supporting more female players, the OWL is also an active Pride Day supporter and works to get high-performance hardware to underprivileged communities.

"We want to ensure we close that gap," Activision Blizzard Esports Leagues CMO Daniel Cherry III said, also at the Lions. "That's a really important part of what we want to do."