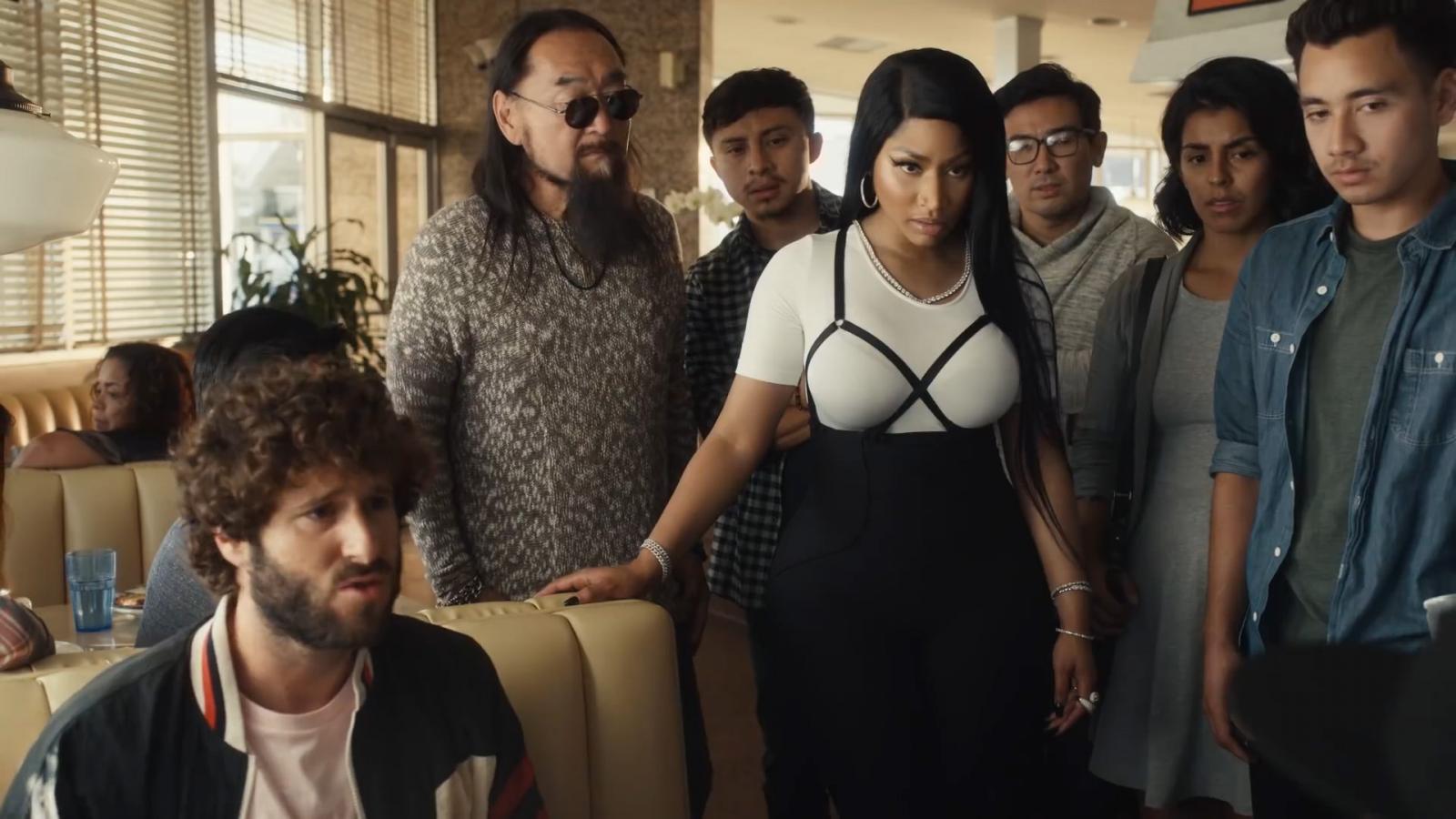 We're in the business of selling dreams; sports and esports, even more so. You're a player competing against millions of others on the off-chance that you could join the Olympus of pros, that Quavo makes a song out of your epic call, that you even get your own line of hot sauce.

Your name, known far and wide. Nikki Minaj cheers for you. Chris Redd and Lil Dicky gush over the finer points of your legend. Everyone loves you, and you are famous.

Now you know the plot to Madden 19's "Make Your Play!"

Created by Johannes Leonardo, the work features a fictional character, Will, whom we really only meet based on third-person accounts from famous people who've heard about (or allegedly seen) his legendary play call.

It is also packed with stars—the aforementioned, plus DeAndre Hopkins of the Houston Texans and Joel Embiid of the Philadelphia 76ers. Their roles revolve mainly around admiration for Will, lavished in both ludicrous acts and breathless recounting.

For lots of reasons—beloved faces among them, especially that of Minaj and her over-the-top gamer handle—the ad's killing it, if YouTube comments are anything to go by. The work echoes previous efforts for the EA Sports game, like last year's (by BBDO) featuring the fictional Devin Wade and a totally bonkers piece (by Heat) with Kevin Hart from 2014.

And of course, the formula is tried and true in the sector. FIFA 2018's "More Than a Game" follows a random player who stumbles into international fame, and glitters with cameos. "Introducing the Overwatch League," from 2016, featured Serena Williams wearing the gaming handle of a n00b-cum-celeb she admires with fawning eyes.

In both cases, you could easily switch the taglines out for "Make Your Play," and it would all work just as well.

There's a lot to be said for work like this. It draws traditional sports closer to esports, making the former more appealing to younger fans. Massive cameos from celebrities and sports stars make esports more accessible to the mainstream while legitimizing fans who feel their passion isn't understood.

In other words, "Make Your Play" unites a universe of interests that appeal to lots of people, and stokes the hope that you, too, could stumble into greatness (though to be fair, Will already knew Chris Redd and had Quavo's number in his phone, so…).

We just wish it didn't look pretty much like every other ad that knows the same thing.