A deeper connection than another Zoom call 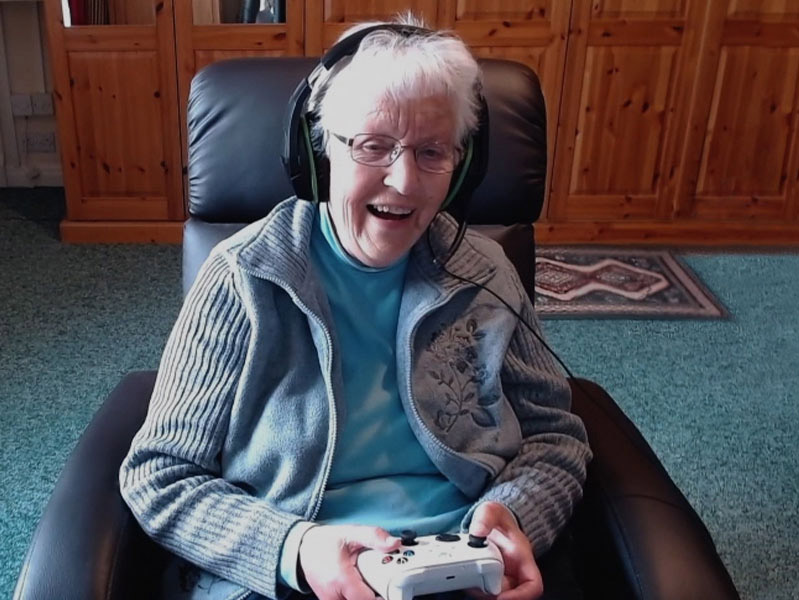 Loneliness among the elderly is on the rise, with one in three suffering from it. Age U.K. finds that a million older people go a month or more without speaking to anyone, and isolation has only gotten worse since Covid-19.

Microsoft's Xbox is seeing what it can do to help. Along with McCann London, it's launched "Beyond Generations," which explores how gaming can improve real-world relationships, especially between family members who are divided not only by space but by time.

The objective is for young people to teach older people how to game. And in so doing, they get to know them over the meditative course of their shared virtual journey.

"I'm looking forward to learning how to play video games with him. Whether it would help me to get to know him better or not, I'm hoping. I'm really hoping," Mary, the elderly family member, says at the video's start.

Over the course of weeks, playing games like Minecraft, Sea of Thieves, and Forza, we see them chat openly about Mary's life.

"Any sort of activity where you're engaging with someone else, it instantly sparks a time opportunity just to talk," Jason adds.

The video "Howard and Dhillon" explores those same dynamics with a guy even younger than Jason. It also addresses the challenge of Covid in a more direct way and tacitly addresses the difference between video calls, which tend to be surface-oriented and perfunctory, and the experience of gaming together, where you can really get to know one another over a deep, collaborative process.

"I think the best way to improve a relationship is to learn something together," Dhillon says.

Xbox Beyond Generations | Howard and Dhillon

Despite stereotypes about how gaming increases isolation, much has been said this past year about how it actually creates safe community space, especially when people can't otherwise congregate or interact normally.

"Isolation and loneliness are topics brought into sharp focus in present times, particularly for the elderly," says Michael Flatt, director of global integrated marketing at Xbox. "It's important that we shine a light on the problem, and we're proud to bring this initiative into realization with the hope of making a step toward renewing family connections and democratizing gaming for everyone."

As a supplement to the campaign, Xbox is introducing a "ReBoxing" initiative, which subverts the trend of unboxing videos by getting gamers to re-box old consoles to share with elderly family members. An accompanying three-step guide walks them through the process, encouraging them to add gift messages and product tags that make it easier for recipients to understand what each item does and how it fits together.

"This initiative is close to our hearts because it shows the power gaming has to make a genuine difference in people's lives," says Sanjiv Mistry, executive creative director at McCann London. "And the more people who take up the call and start reboxing their old consoles and giving them to their grandparents, the more those siloes of loneliness start to break down. We're honored to partner with Xbox to help nudge families a little bit closer together."

This isn't the first time Xbox has explored the out-of-the-box potential of its own services. Early last year it created travel guides that blurred the real and virtual worlds … and in December, it explored the lucid dreams of influencers after their gaming experiences.