Gucci Mainframe: How a Fashion Trailblazer Is Leading the Way in Gaming, Esports and Web3 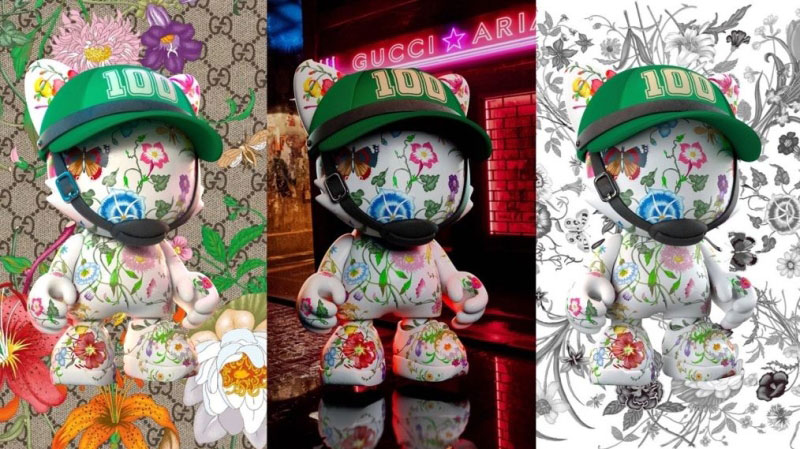 When you think about risk-taking, forward-thinking companies that are paving new roads towards gaming and web3's future, which ones come to mind?

Wait, what? How can a storied, century-old Italian design house known for innovation on the runways of Paris and Milan hold a place on our digital Mount Rushmore? Let us explain.

Gucci has always been about more than just fashion. The legendary Italian design house could just as easily be associated with innovation as it is couture. Think of the Gucci brand as style meets substance—where the fantasy of fashion meets the reality of the world.

And yes, at first glance, Gucci's foray into gaming and web3 looks about as logical as International Harvester betting big on a partnership with the Joffrey Ballet. But dig deeper and you'll begin to see how the fearless flyers of Italian fashion are looking to do much more than follow tech trends. They want to be true digital pioneers. 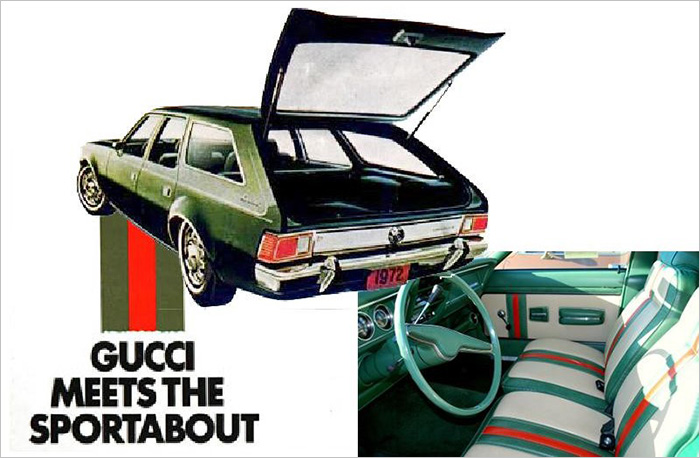 Ventures into gaming and web3 are not the first time Gucci has been at the forefront of creative collaboration. Reaching out to other industries as a means of expanding its brand has been in Gucci's DNA for decades.

In the 1970s, seeing a crossover between luxury car buyers and fashionistas, Gucci embarked on a first-of-its-kind collaboration with automaker Rolls-Royce, creating luggage that saluted both iconic brands.

They would flip the script a few years later when Gucci-themed AMC Hornet sportscars were unveiled to the public. Many didn't get it. Cars and fashion? Gucci made them believe—and paved the way for some truly creative collabs between style, design and automotive in the years that followed. 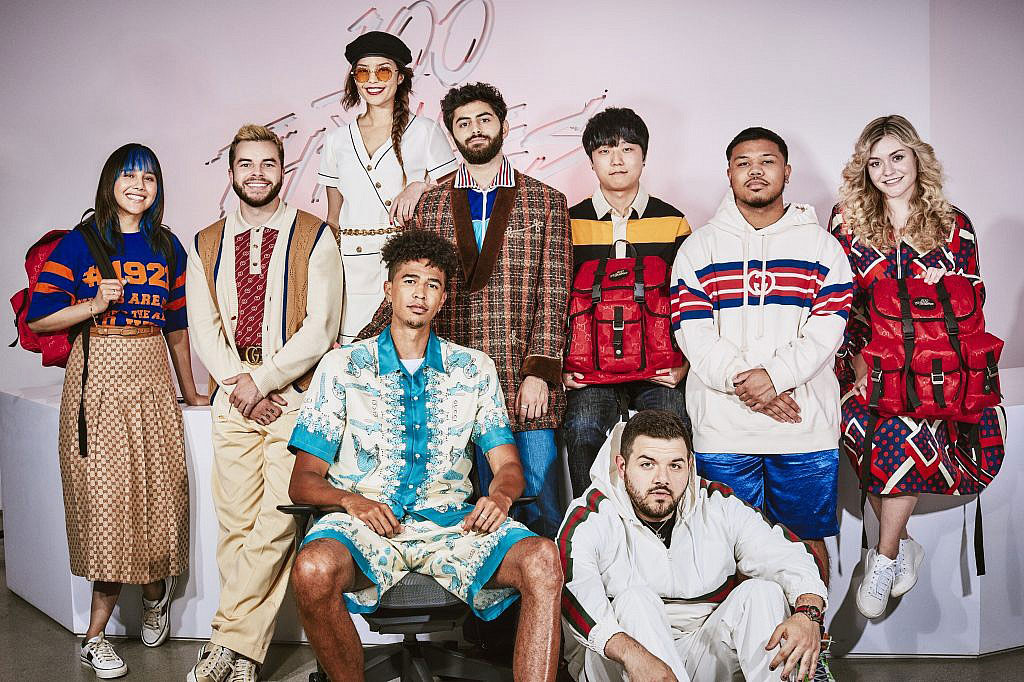 Whether it was jealousy or confusion or a little bit of both, those in the esports world were scratching their heads in 2019 when Gucci revealed its capsule collection for L.A.-based esports lifestyle brand 100 Thieves. Seeing Gucci in the gaming space was not new per se, as it had already created in-game digital looks for a variety of games, from Tennis Clash to Animal Crossing to The Sims.

But this was something different. Rather than align itself with the games, Gucci sought to make ambassadors out of those who played the games, and more importantly, lived a life dedicated to play itself.

It was music to the ears of 100 Thieves, who sought to set themselves apart from other esports teams by playing well, and living even better. The Thieves wanted to become the luxury brand of gaming and esports, so who better to get them there than Gucci?

The Takeaway: Whatever pro or amateur fashion critics thought about the design of the bold red backpack that was the centerpiece of the capsule collection, most agree it was a huge moment for all involved. It inspired numerous fashion x gaming collaborations, helped position 100 Thieves as a trendsetting esports-as-lifestyle brand, and interestingly pushed esports further into the realm of "real" sports such as soccer and pro basketball that already had deep ties in the fashion world. 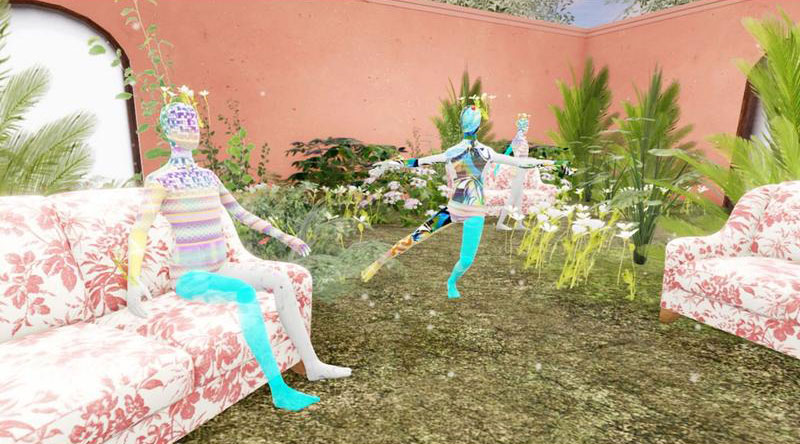 In 2021, Gucci would celebrate its 100th birthday with a bold experiment—creating a digital twin of its retrospective in Florence, Italy, inside popular game-as-platform Roblox. Entering the multiroom space, visitor avatars were represented by a blank, unclothed mannequin. The objective was to add a small piece of Gucci's design history to your avatar from each room.

When finished, everyone would possess a unique look, but one that was positively Gucci. It was a real-time exploration into the endless possibilities of digital fashion, and that could only come from Gucci.

The Takeaway: Gucci Gardens x Roblox ran the very real risk of being perceived as a novelty campaign. Otherwise, why would they celebrate a century of design excellence with a digital museum inside a blocky, sometimes-jenky game for the 8- to 13-year-old set? There was a headline-grabbing digital twin of a featured Gucci bag that sold for thousands, but insiders reported that overall sales were minimal.

Gucci Gardens x Roblox was never about boosting quarterly sales. The activation was a trailblazing attempt to introduce luxury to a young gaming audience. An audience that would one day have the purchasing power to buy luxury goods, and already have a connection to Gucci as a result of the brand's activations inside their favorite game.

Care to Take This Outside? | Gucci x The North Face x Pokemon GO 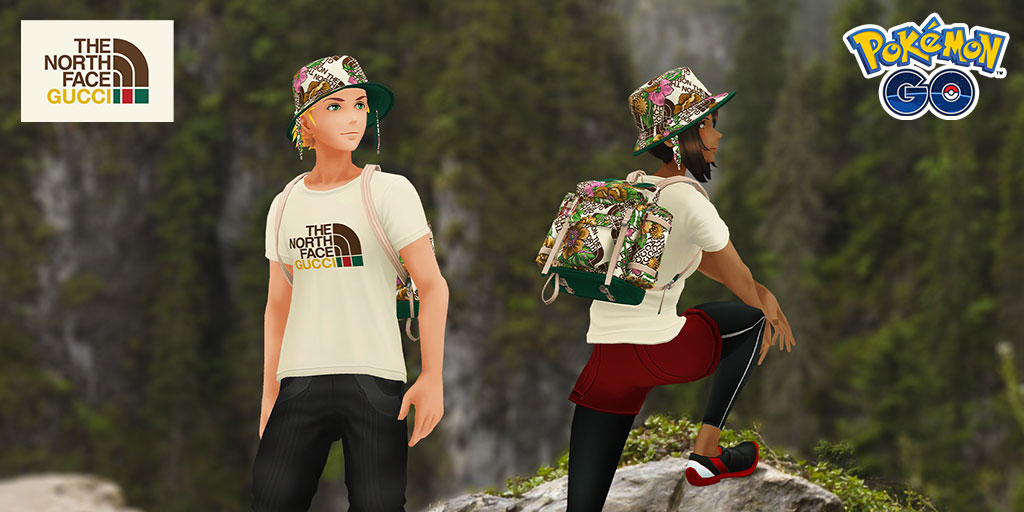 The Gucci name appearing on North Face apparel was confirmation of how the outdoor outfitters had evolved into a luxury brand. Gucci and The North Face inside Pokemon GO was living proof that ties between fashion and gaming were deep and growing bolder.

Planted at Pokestops around the world, the head-turning, limited-edition digital gear from this collab was a chance for Gucci to enter the mobile gaming space, and do so via a title that remains a global phenomenon (and a significant money-spinner for publisher Niantic).

The Takeaway: Gucci wanted to promote an outdoor, sporting lifestyle with its North Face collaboration. A Pokemon GO collaboration was a unique fit, as Niantic has been lauded for ongoing efforts to help gamers get outside and enjoy some fresh air. 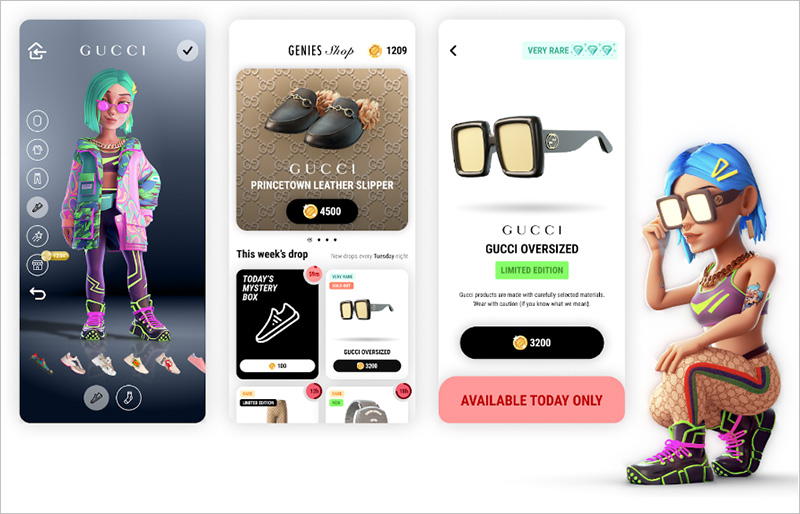 In 2019, Genies' 3-D avatars were ready to go, but not yet dressed up. The company had enlisted top celebs to promote their groundbreaking avatars, but not every brand was understanding the possibilities of avatar apparel. Gucci, however, warmed quickly to the vision, bringing style and swagger to Genies' tiny technical marvels with its signature Italian style.

The Takeaway: Genie's end game is interoperability—a metaverse where the digital items you own can be taken with you from world to world, party to party, or game to game. Although Genies has competition in the avatar space, they promote this vision better than the field. Gucci understood that the real value of digital goods will be unlocked when this vision becomes a reality.

Back to the Blox | Gucci Town @ Roblox 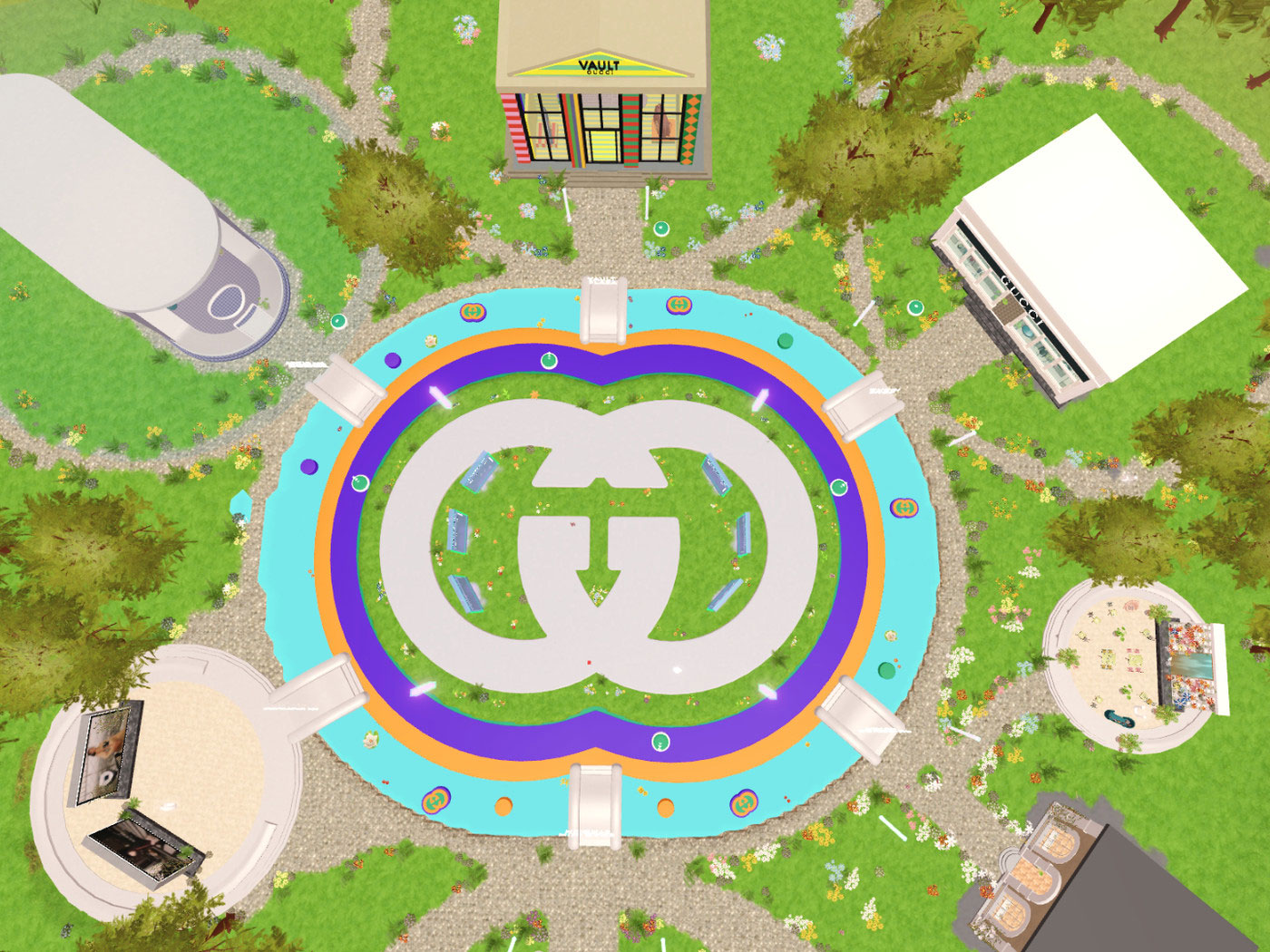 The digital world moves fast, and change comes quickly. So by the time Gucci Gardens was celebrating its first anniversary, Gucci was already readying the launch of its sophomore Roblox activation, Gucci Town. But this time around, it would be a persistent, always-on world with an emphasis on using Gucci "DNA" to tap into the creativity that lives inside us all.

Crafted by design-head Alessandro Michele, the goal of this "virtual plaza" was to create a digital space that gave everyone an opportunity to utilize the Gucci "source code" to create something inspiring. Gucci Town is filled with games and activities that promote creativity and community—satisfying a key goal of web3, where we are all creators.

The Takeaway: Gucci Town was a turning point, shifting the brand's digital vision from recreating IRL looks in a digital space to creating new works of art that could be twinned for the real-life runways of the world. The activation represents a Gucci that is becoming more and more comfortable with the digital world—no longer content to simply show, but to inspire others to do.

Inspiring Artists | NFTs Celebrating the Next 100 Years of Gucci 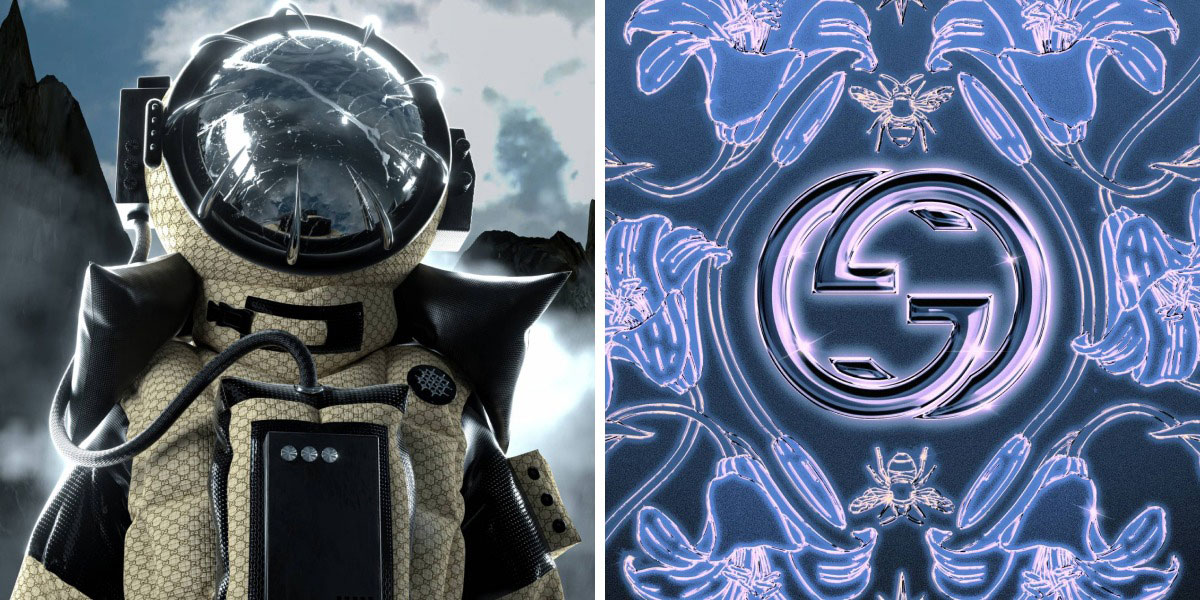 2022 has been a turbulent year for the nascent art form known as NFTs. So it's almost comforting to not only see Gucci continuing to create in the space, but doing so with an approach that brings others into the web3 world.

As Gucci prepares for its next century of style, it is asking artists to share their vision for the brand in the decades ahead, using traditional Gucci logos and design to imagine the future. A carefully curated collection of 29 artists were selected to submit works that represented their own POV. It's a chance for established digital artists and those new to the NFT space to establish a foothold in the metaverse.

The Takeaway: It's one thing to produce NFTs with your brand's logo or products on them. That shows only a temporary commitment to something that's currently buzzworthy. Instead, inside this new gallery, Gucci is communicating its commitment to an entire form of art—and that the great potential of NFTs is yet to be realized. 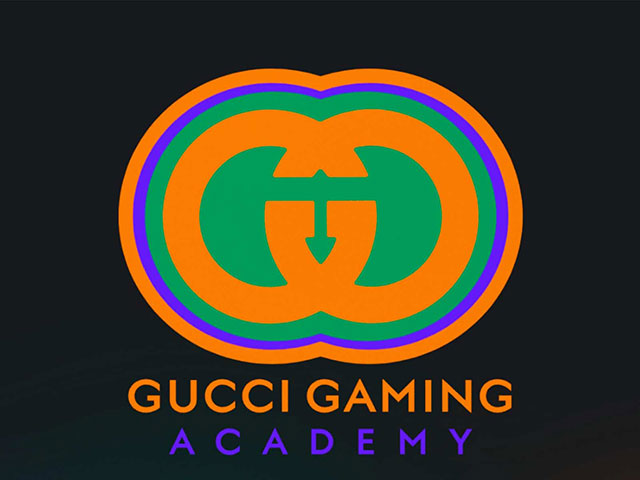 For years, there have been numerous well-intentioned organizations that sought to address the mental and physical challenges esports athletes face daily. Earlier this year, Gucci went out and did something about it.

This year, via a partnership with the World Health Organization (credibility rising), Gucci launched the Gucci Gaming Academy. The GGA seeks to not only develop rising stars in esports, but do it the right way, with a mind towards good mental and physical health. The organization is also seeking to make a positive impact in the sport itself, creating a less-oppressive competitive environment than the one that holds the sport from achieving its true potential.

The Takeaway: Like Gucci's NFT gallery for young and established artists, the Gucci Gaming Academy is not just an entity but a commitment to the future of an entire community and the sport they love.

How far can Gucci's journey into gaming and web3 go? Sure, it's fun to list Gucci alongside huge game publishers and hardware makers; perhaps a better comparison might be Red Bull. Once an energy drink that sponsored high-flying extreme sports, it would go on to invest wisely and grow its involvement year after year, until it became a leading voice in soccer, racing and other global sports.

It's easy to imagine a time in the years ahead where Gucci's name carries the same influence inside the gaming-esports-web3 space as it does on the catwalks of Paris and Milan. But how it will look is yet to be seen, and indeed, might not be revealed for years. Gaming and web3, after all, isn't reflective of the current culture, it is creating the culture.

And that's a place where Gucci feels right at home.