Grocery Chain No Frills Gets Back to Gaming With Banana Controllers 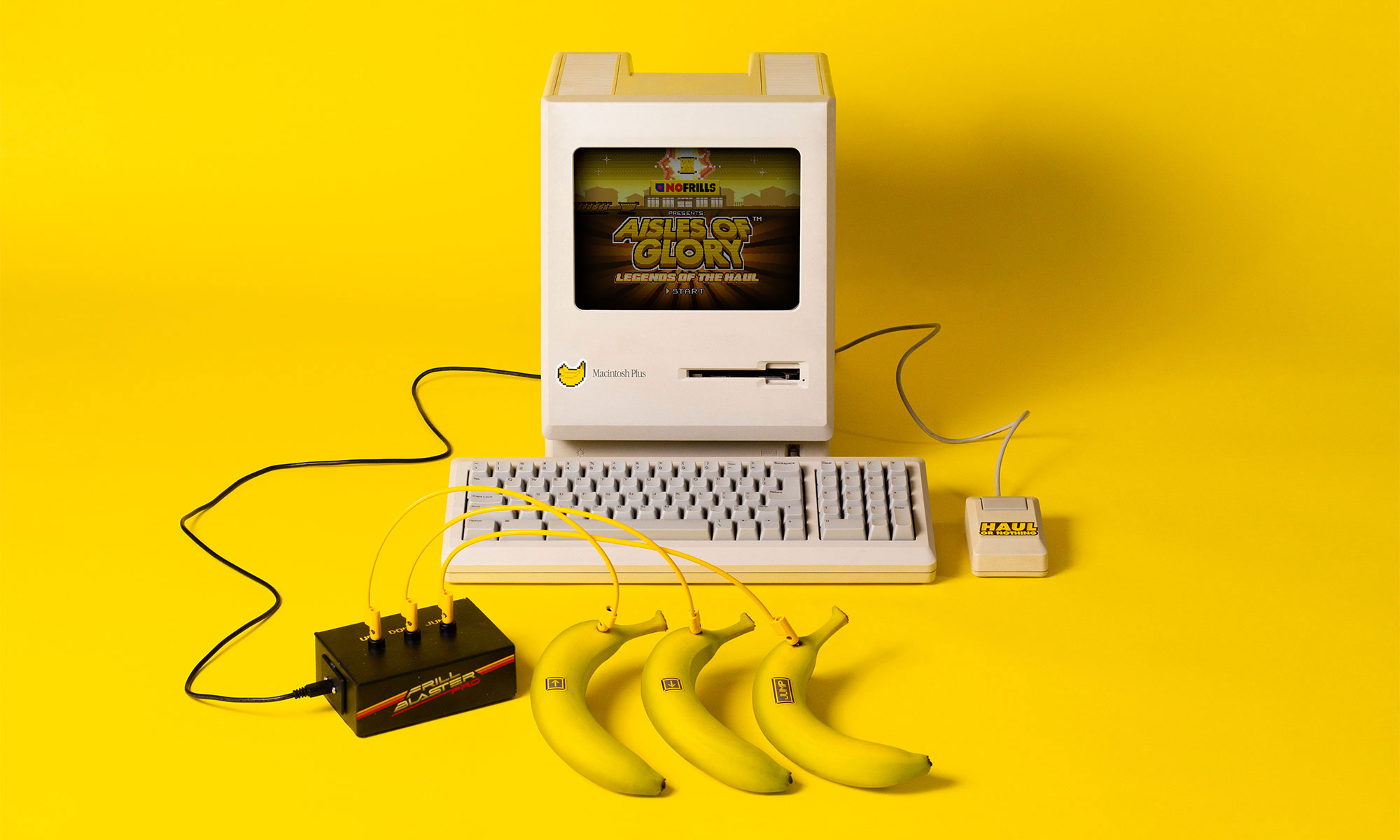 If Donkey Kong and circa-2004 Gwen Stefani collaborated on a project, it might resemble this retro campaign for Canadian discount grocery chain No Frills.

Touching one of three bananas in the Frill Blaster Pro moves a player's character up, down, or makes them jump. When a section of banana gets mushy, just move to another section until it's banana bread ready. 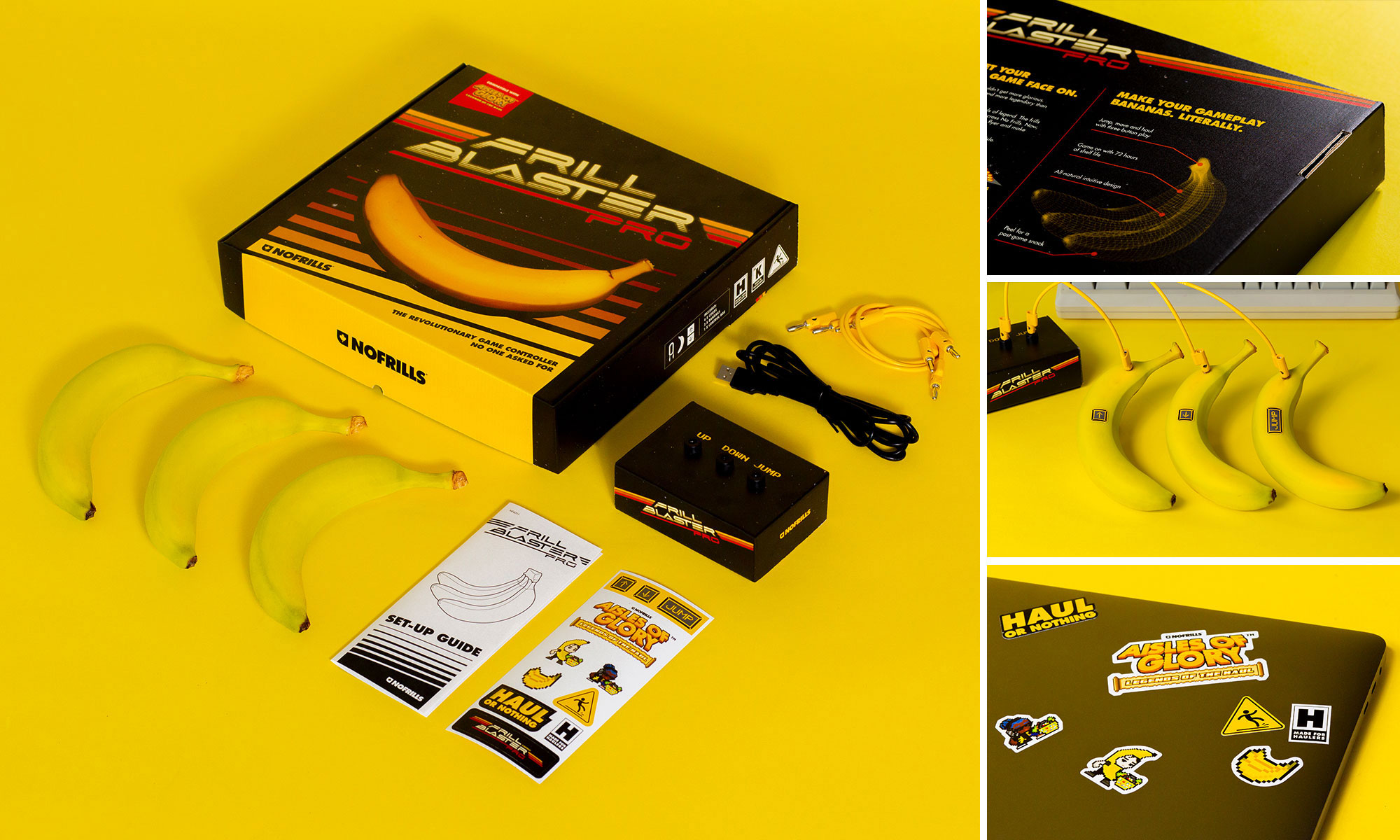 The first iteration of No Frills' video game launched in 2019; this year's version—Aisles of Glory: Legends of the Haul—contains new aisle-themed levels and  character modes that can be unlocked via codes found at the bottom of No Frills receipts.

Players can choose from four different characters and four levels: fresh aisle, meat and dairy aisle, pantry aisle and frozen aisle. The object is to collect food items throughout the lanes, and avoid all frills, like limousines, a piano player and a champagne tower. Hitting them will cost you a heart container, and after three misses, players will "rest in peas." 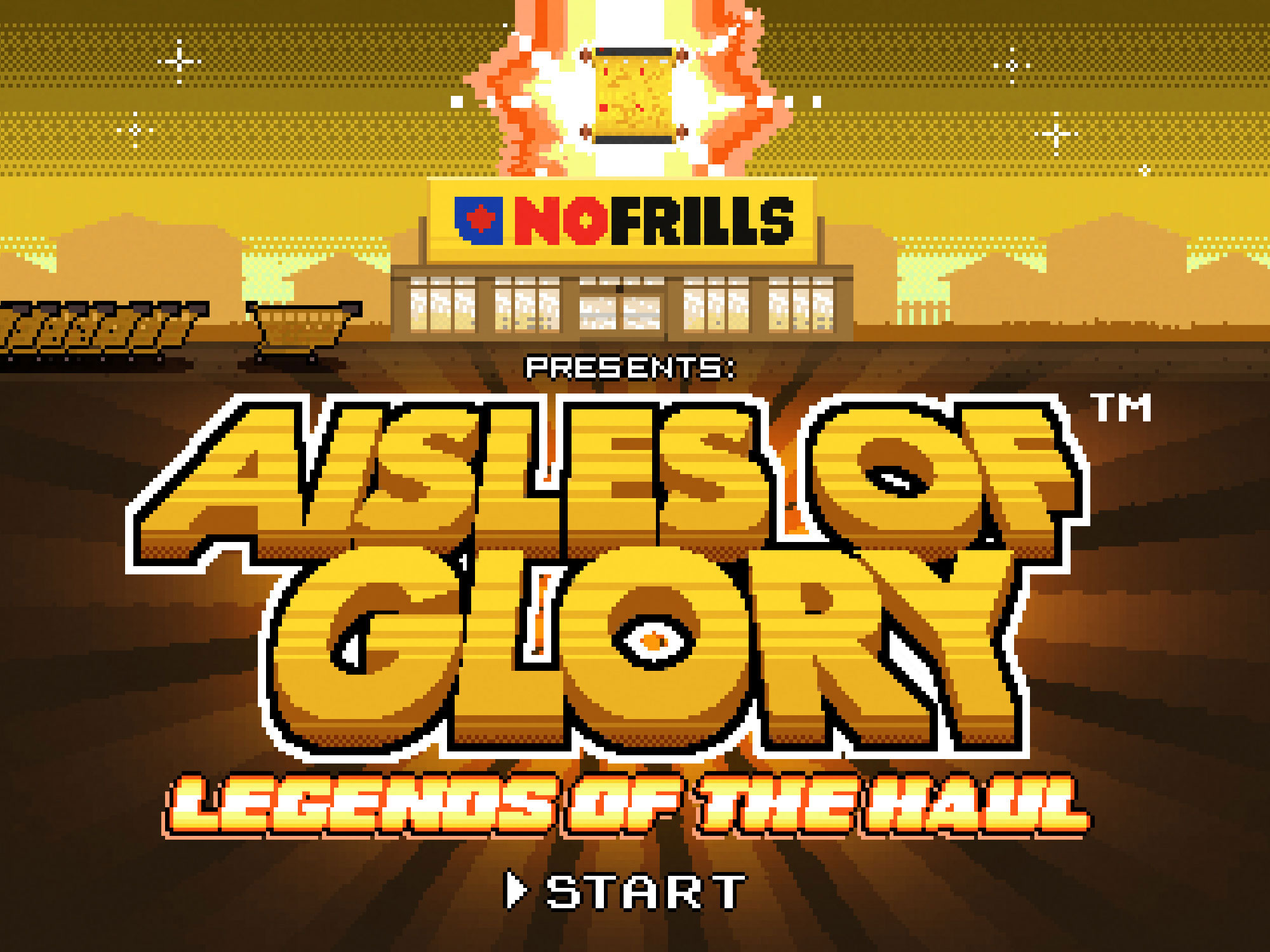 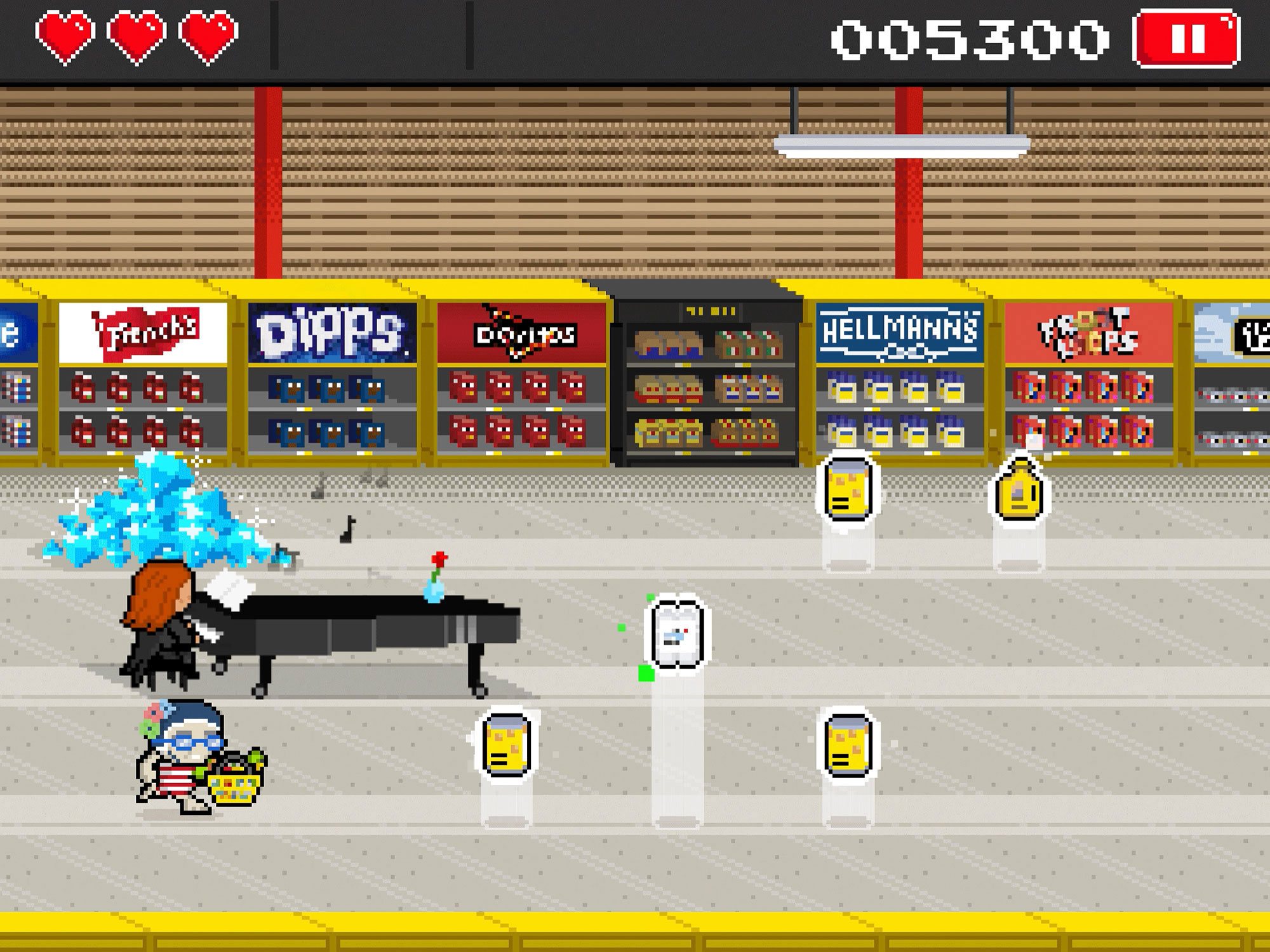 "We wanted to dive even deeper into gaming culture this year, and what better way to do that than make a controller all our own using iconic No Frills' bananas?" says Jess Willis, creative director at john st.

A bunch of bananas are part of the brand's symbol of fresh for less.

"We noticed that Haulers—aka, loyal customers—have been doing demos and promoting the game on their own channels since 2019, so this year we worked with gaming experts and influencers on TikTok and Twitch," continued Willis. "The game was also promoted in-store, on social and digital flyers."

Influencers who unboxed the Frill Blaster Pro discovered three ripe bananas, stickers for labeling the buttons, a set-up manual with banana configuration suggestions and controller disposal instructions, better known as a recipe for banana bread. What else do you do with ripe, mushy bananas?

Everyone else can play Aisles of Glory: Legends of the Haul for prizes until Sept. 16.

"Aisles of Glory has become an annual promotional experience that really flips the idea of a promotion on its head and what you might expect from a discount grocery store," said Willis. "Not only does the game drive sales in-store and loyalty through the PC Optimum points program, but it continues to build the Hauler community. Creating work that straddles the line of advertising and culture is part of the DNA of the No Frills brand. The challenge each year is how do we keep it fresh, how can we lean more into (gaming) culture in a way that excites and engages our Hauler following."