A look at the immense changes on the horizon

Gaming's current set of rules were written in an earlier era, by companies whose main purpose is maintaining control over whole components of the internet—search, apps, social, commerce, gaming. Despite or perhaps because of this, the gaming ecosystem—and the rules that govern it—are on the brink of epic change. The reasons behind the change are myriad, and the potential results are as limitless as outcomes in a Battle Royale.

The rules are being rewritten, as we type, in Congress, in court, and in the Metaverse, by developers, regulators and jurors, and by a new generation of gamers and deciders, who don't care about what's come before. Change will be led and fought across extended reality (legal battles IRL; real estate battles in the Metaverse). The fight is over gaming's future: centralized, taxed, walled worlds; or a decentralized, open, accessible, worldwide community with a competitive, fully functioning economy that enables companies and consumers to survive and thrive.

Those who are writing these rules and leading this change fall into three categories: Giants, Unicorns and Pixies. The Giants are trillion-dollar tech behemoths, currently sitting in the center of the gaming world, bending the rules toward their benefit. The Unicorns are upstarts relative to the Giants, yet enormously powerful through the strength of their technology, IP and communities. The Pixies are a combination of games, companies and individuals, whose influence is just beginning to be felt today but whose impact on the ecosystem will be both lasting and enormous. (Plus, we love the band.)

A plunge into key players of each group demonstrates the stakes of the disruptive changes in gaming and may even help predict the shape that change might take. Like a session in Minecraft, Fortnite or even on Twitch, it's not necessarily a linear path.

The relationship between tech Giants and gaming Unicorns is much like the battle between millennials and Gen Z. They know they must get along, because they're going to wind up running the universe together, but they truly cannot stand each other. (See: TikTok.) This is perfectly exemplified by the Unicorn Epic and the Giant Apple. Epic's Fortnite has 330 million users worldwide. It is far more than a game, it is a living place, an exploding Metaverse metropolis. Until last year, one of the best gateways to that metropolis was Apple's App Store. The tolls Apple charges developers/programmers for products sold in the Metaverse became too much for Epic. Yet, Epic's court battle over the Apple tax is not only about sales taxes on skins in Fortnite.

In 2020, Apple generated $72 billion in revenue in the App Store. Some 62 percent of that was from games. Of the $40+ billion in gaming app sales in 2020, Apple kept approximately $13 billion in tax. Google's business in Google Play relies just as heavily on taxing others' IP. When Fortnite was in the App Store, it generated 13 percent of app sales for Apple. Epic's case against Apple has opened many eyes in and outside the industry to the rules of the App Store and Google Play. There are bipartisan bills in both houses of Congress to address this free market hack. Giants like Microsoft, Sony and Amazon are erecting walls around their worlds, solidifying the leverage and advantages they've built under the current rules, attempting to stem the tide of decentralization and regulation. Meanwhile, Unicorns like Epic, or mobile and PC game maker Krafton, and the NFT visionaries at Dapper are inventing products and creating content designed for a worldwide extended reality, meant to be open and limitless. They work with the Giants out of necessity but are inventing for a decentralized world.

Roblox epitomizes this species of Unicorn, especially given their cult following among Gen Z, their currency-based economy, community-based ecosystem and creator-based economy. They embody the future of gaming and now control a valuable corner in the Metaverse. Roblox also personifies the biggest challenge among gaming Unicorns. Fortnite, Roblox, Minecraft, Animal Crossing and most of today's Metaverse-based content are not the Metaverse. They do not allow easy passage from one realm into the next; they do not allow simple access to assets across realms; they do not allow substantial, persistent, uniform experiences for large numbers of community members. Yes, many of these companies strive for open ecosystems, on their own platforms, using their own data and owned experiences. However, for the most part, these Unicorns are also being built as walled-off worlds. The biggest threat to Unicorns is not from Giants, it's becoming Giants.

The fault line between resourceful Unicorns and monolithic Giants is a key driver of gaming's change. In gaming, control or freedom of audiences, data, revenue and attention will be determined in large part by battles between these two well-funded groups. Still, Giants and Unicorns will not write all of gaming's new rules.

While the Giants and Unicorns build empires, and battle for control, Pixies are remaking the gaming ecosystem from the ground up—across the extended reality that will eventually be known as the Metaverse. Discord is creating gaming's new social media. Genies is crafting avatars as originally envisioned in Snow Crash. RTFKT is fusing NFTs and physical objects. These and other Web3 Pixies are laying the magical groundwork for a borderless ecology, spanning reality: augmented, virtual and beyond.

Decentraland perhaps best embodies gaming's Pixies. A fully realized reality, built on Ethereum, where land is open for bidding, the creator economy thrives, and the platform is owned by the community itself. While still limited by the standards set by Ready Player One and Snow Crash, Decentraland and other Pixies like Somnium Space and Axie Infinity are staking claim to prime neighborhoods in what they see as the real, coming Metaverse. Perhaps CES and E3 should move there in 2022?

There is another powerful group of Pixies changing gaming's rules: Generation Z. Generation Z games as differently as they do everything else. They are also, increasingly, creating the games they play. In short order, Gen Z will be defining the course of gaming and the Metaverse—through the power of their crypto wallets, the power of their communities, and via their ascension to power in the gaming industry itself over the next few years. Gen Z, the most diverse generation in history, has little memory of a time before smartphones and feels entirely at home in the Metaverse, because it is where they grew up. They are using Fortnite despite Apple. They use Discord like pirate radio. They are dismantling Blizzard's leadership. These Pixies did not JUST come to play—they play to change the rules.

The Epic case is the tip of the iceberg of the seismic change coming to gaming. To track that change, follow the battle for control of today's Metaverse between Giants and Unicorns and look to the emergent models and storyworlds being built by gaming Pixies—paying close attention to the mood and movement of Generation Z.

For more on Giants, Unicorns and Pixies, please join us on Wednesday, Aug. 25, at 11 am PT/2 pm ET for the Subnation Fireside Chat on LinkedIn. 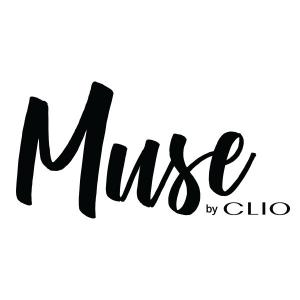