Ugh, we hate that this has to exist 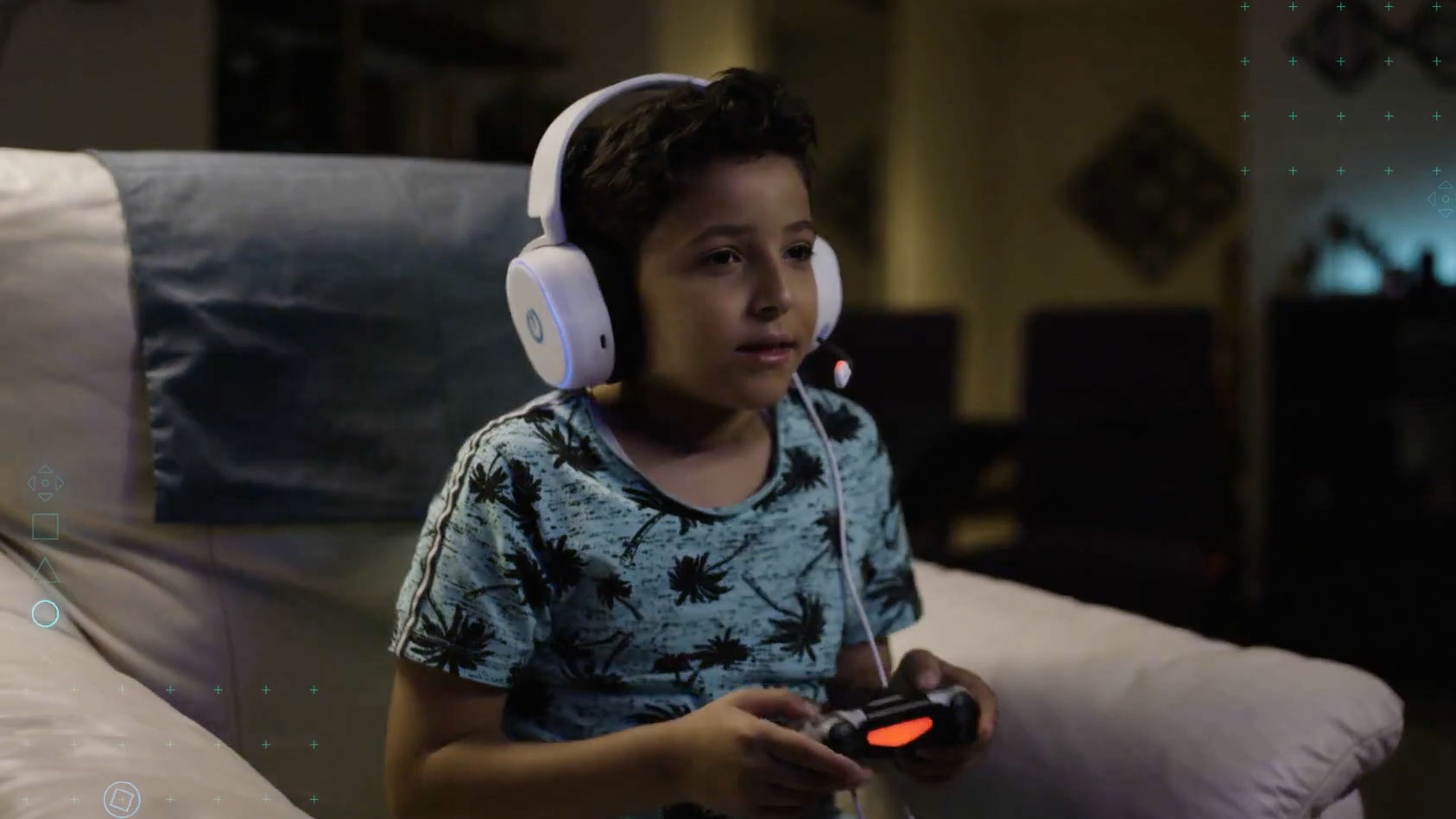 Over at Hurrah, doing some research for a TV client once, we learned that from around age 6, modern kids start branching away from cartoons and start watching videos on gaming instead. From there, it's a matter of time before they start gaming more themselves, and dipping into games that involve live user interaction, like esports.

Like anything involving kids and strangers, this raises all kinds of worries. Talking out loud to a community of strangers can expose your age pretty quickly, and potentially make you a target for bad humans. For games like Rocket League, which keeps voice chat off by default, this is less of an issue. Games like Fortnite are another matter.

With this in mind, MullenLowe MENA worked with Mobily to promote the ProtectSet, a headset that automatically changes your voice so you sound less like a child, decreasing the likelihood that predators will try to get close for creepy grooming purposes.

It isn't a perfect solution. We're not convinced that the altered voice depicted in the video sounds like an adult human person, and someone who's curious enough could probably push somebody into turning the alteration feature off once they've been playing long enough together.

But it's interesting tech that could maybe mitigate issues if accompanied by other common-sense methods, including talking to kids about predators and other potential types of gaming toxicity, maintaining a friendly interest in what they're playing (and who with), encouraging them to favor playing with people they really know, limiting screen time, and just generally being around a lot while they're interacting in these other worlds.

The features of ProtectSet could potentially also appeal to other people, including adults who need to be able to chat but don't want to reveal certain aspects of their identity, like their gender.

Women have a long history of avoiding the microphone in certain gaming communities on account of specific types of abuse we're likely to receive. Trans folks might see a benefit as well.

Of course, the ideal would be that, with clear codes of conduct and serious community moderation and enforcement from publishers, we wouldn't need to think about this kind of stuff at all. But that's a larger, more complicated conversation, and a single product probably won't help.