The Game Console Wars of 2020: How Will They Play Out?

A look at Sony and Microsoft's battle royale 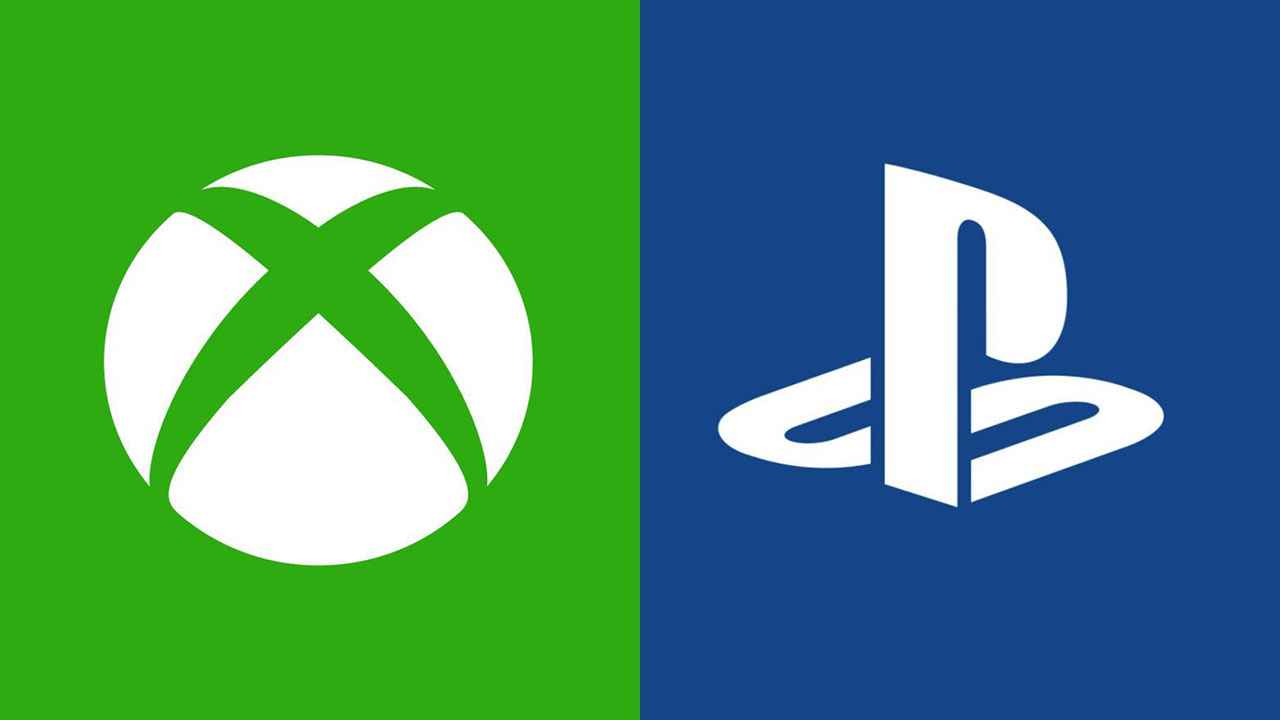 On Nov. 5, Sony announced that due to Covid-related customer safety concerns, there would be no launch-day sales of the new PlayStation 5 console at any retail stores. And with that, gone temporarily was the beloved tradition of lining up all night with your freezing cold, early-adopting brethren, credit card in hand, to be the first to hoist the prized new console over your head in victory. Happy memories, but safety comes first during these challenging times.

Stop and think for a moment about the news cycle that the PS5 and Xbox Series X are entering as they hit the market. Then consider that the launch of Xbox One and PS4 in November 2013 had to compete with the divorce of Ashton Kutcher and Demi Moore in our collective consciousness. Halcyon times.

Indeed, Covid and political unrest have made the launch of this generation's high-octane consoles a different kind of cultural moment. But even if 2020 had been super normal, there are still several interesting reasons why this would have been a generational kickoff unlike any other that has preceded it—and that includes the Atari 2600 vs. Mattel Intellivision war that started it all.

A Tale of Two Platforms

With every console release, Sony and Microsoft find ways to approach their new systems a little differently. An exclusive title or new game IP here, a pair of VR goggles or motion control device there—at the end of the day, it's always been about the games for both companies. There's a sameness to the strategies. Not so in 2020. Sony has taken the traditional "wow them with the content" approach, adopting the mindset that filling launch day with top notch AAA exclusives (Spiderman Miles Morales, Demon's Souls, a new Final Fantasy) will win in the short term and build an insurmountable lead over the Xbox Series X.

Microsoft, on the other hand, has a grander long-term vision for the Xbox Series X and Series S consoles. In fact, what if we told you that these high-powered, high-priced systems were nothing more than a Trojan horse? That in fact they were just a means to get gamers invested in the real endgame—buying into a highly profitable subscription service that realizes a core dream of everyone who loves video games in this digital download era.

Let's get this out in the open: Xbox Game Pass simply rocks. For the cost of dinner for one from Chick-Fil-A ordered via Postmates, you get unlimited access to an ever-growing, carefully curated library of top games. You can play them as much as you want until they're rotated out of the service and replaced with even more cool stuff. And to really get people hooked, Microsoft has launched several of its biggest titles on the service, including Flight Simulator, Sea of Thieves and the latest Gears of War.

In sum, while gamers dreamed romantically of there one day being a true "Netflix for games," Microsoft went ahead and built the darn thing. Enter the Xbox Series X and S—the absolute best way to enjoy what Game Pass has to offer—and the most compelling reason yet to sign up for this highly profitable subscription service that's to be a revenue driver long after these sharp new consoles have grown dull in the eyes of fans.

But Microsoft wasn't done there. On Sept. 21, the folks up in Redmond proved they were playing for keeps in the battle against Sony when they acquired ZeniMax Studios and its most famous property, Bethesda Softworks, for $7.5 billion. In a flash, the phrase "well that escalated quickly" popped into the collective minds of game business analysts everywhere. Bethesda is home to some of the biggest gaming franchises in industry history, including Doom, Elder Scrolls and Fallout. Microsoft's plan for the Bethesda content is still unclear, but the move was incredibly aggressive and proved that this game was being played at a decidedly nuclear level. The potential consequences for Sony run the gamut, but each is a different kind of awful, including:

• Will Microsoft make these huge game franchises exclusive to Xbox—walking away from hundreds of millions of dollars in PS5 game revenue just to gain a big edge on their competitor?
• Will they happily tell PS5 fans not to worry and they will absolutely be getting the new Elder Scrolls for their favorite system ... two years after it launches for the Xbox Series X?
• Will Sony fanboys and fangirls ever stop calling on their company to go buy Rockstar Games or Konami ... anything to stick it to Microsoft and show that they won't lie down in the face of such aggression?

The answers are yet to be revealed. But one thing is certain, Xbox chief Phil Spencer has been wearing a Cheshire cat grin since the acquisition.

A Stalemate in the Battle of the Ads. Then One Pulls Ahead

New consoles mean new budgets and fresh ads, and out of the gate, glossy spots from both companies felt pretty even-steven. Both "Power Your Dreams" from 215 McCann for Xbox and "Play Has No Limits" from adam&eveDDB for the PS5 are solid. They look expensive but feel a bit too familiar at times. A slight edge goes to "Dreams" here with the compelling casting of Daniel Kaluuya, but watching the impressive visuals featured in both, you'd be forgiven for asking yourself, "Is that all there is?"

That line of thinking comes to an abrupt end with "Unboxing Reimagined" a long-form mash up of stylish branded content orchestrated and energized by The Man Who Owned 2020, hip-hop star Travis Scott. Sony (like the entire world, it would seem) has partnered with Scott to create something that delivers excitement now and feels several steps ahead of everything else. The resulting content is revolutionary, yet highly relatable to its target audience. Even the effort's more traditional tropes—rolling up on unsuspecting fans and giving each their own PS5—feels fresh and different in the neon-lit interior of Scott's custom armored carrier vehicle.

This is what brands need their content to be—relevant, stylish and surprising.  Travis Scott nails all three. He's still on a winning streak and that gives the edge to Sony right here.

Back in 2016, then-president of Nintendo of America Reggie Fils-Amie was asked how Nintendo and its upcoming NX Game Machine (which would soon be known as the Switch) fit into the console war brewing between Microsoft's Xbox One and Sony's PS4. Fils would famously reply, "That's for them to fight out in that red ocean," and that Nintendo would be taking a more mannered approach with the unique console/mobile hybrid device—focusing on beloved franchises and accessible games.

At the time, the Switch was still an unknown quantity—not yet the surprise hit it would become, driven by the Covid-era popularity of Animal Crossing and other exclusive hits. Now it's 2020, and the Switch has a growing legion of fans—snapping up the units as fast as they can be restocked around the globe. Could this make an impact on the market share of the next-gen consoles? Maybe, maybe not. But you know what could disrupt the process for Sony and Microsoft? The all-new Switch 2 that appears to be launching in 2021. If that system does all the things the original Switch did right, plus ups the processing power and resolution significantly, this could easily become a three-horse race by the end of next year.

Looks like someone may be diving into that red ocean after all. Underestimate Nintendo at your own risk.

Could This Be Our Endgame?

Just as adults say that each generation of teenagers spells the end of society as we know it, so too does each console generation restart conversations about this being the last time we ever see two expensive homebound systems dominate the market. Many factors have been predicted over the years to bring about the end of the set-top system: mobile gaming, the bursting of the gaming bubble, a societal rediscovery of bowling. Even VR, which is finally having its moment in 2020, does not look to replace other popular gaming experiences anytime soon.

If there was anything that spelled the end for the living-room game console, it would have to be the rise of cloud-based play—something Microsoft itself is helping to pioneer. Because if we can play Game Pass content anywhere, anytime, on any device—all in perfect fidelity with no lag—then maybe, just maybe the console itself will enter the realm of the dinosaurs. Intriguing but unproven.

We know that this console war will be like none before it. But who will come out on top in this epic boss battle? Only time will tell. Sony, and its approach to games, games and more games right out of the gate, would appear to be the early front-runner. However, Microsoft is playing the long game, and the Game Pass is that rare product that is simultaneously a solid value for consumers and a license to print money for its owners. In the end, it might be up to game creators, because until the developers begin to really master these systems, you won't truly be able to see what they have to offer.

For now, the only clear victor is you ... the gamer. 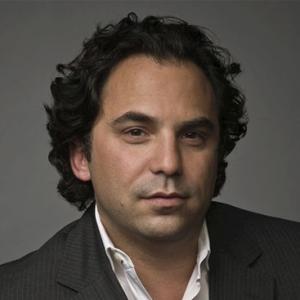