Why live service games should take cues from Nike, not a blockbuster movie

Not long ago, analysts heralded the video game industry as the new Hollywood, citing a spate of blockbuster opening weekends for new games. But since then, the industry has shifted to a different strategy—one that monetizes engagement over a period of many years.

Publishers and developers have committed to so-called "live service" games. Compared to past blockbuster games, which had stories that lasted between 10 and 30 hours, live service games are designed for 300-plus hours of multiplayer content, with new modes and levels released monthly. The upcoming Halo Infinite, for example, is planned to evolve over the next 10 years.

It's not hard to see why this shift happened. The phenomenal success of live service games like Fortnite, COD Warzone and GTA Online popularized the live service model, in which items like character skins are regularly added for purchase, ultimately funding the entire operation. Live service games stay at the top of sales charts for years, while single-player hits with blockbuster-style launches have only a good month or two. 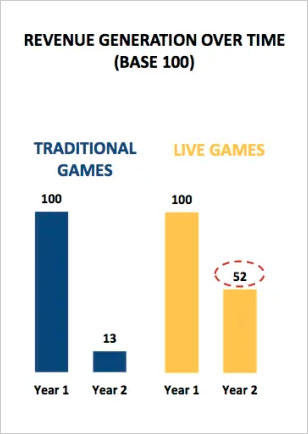 But while publishers commit to these live service games for the long haul, most are still treating marketing like a blockbuster movie. Video game marketers are particularly talented at galvanizing this core community with teasers and easter eggs and then engaging that community over time. But they spend their entire TV and activation budgets on a big launch, leaving nothing left to fill the funnel with new people over the next five to 10 years of the live service game's life. The mass audience for games is more diverse and mainstream than ever, meaning we as video game marketers should do more to bring these new people into our games.

It's time for a change. While a blockbuster launch is still an important beat of a campaign, live service game marketing should happen over time. Publishers need to commit to building their games' brands—embracing the universal storytelling method of storied brands like Nike—if they want their significant investment to grow their mass audiences over time.

Here's a guide for video game marketers on building an enduring game brand.

In the past, when BBH has marketed high-profile games, we designed the launch spot around the game's story hook. For 2018's God of War, the hook was Kratos preparing his son for an epic journey. This approach still makes sense for single-player, story-driven games. But for a live service game that has a story that will evolve over multiple years, or has no story at all, this approach is limiting.

The first step is to define the core idea of your brand. For example, Nike is for athletic achievement and Apple is for creativity. It should be something that taps into a human, cultural truth that sets you apart from an increasingly competitive gaming landscape for AAA games.

Insert Your Game's Brand Into Culture

The benefit of having a game brand that goes beyond the narrative is that it gives you a way to get involved in culture in more lateral and exciting ways. For example, Fortnite has consistently made headlines over the past few years for incredible in-game stunts, such as having a black hole eat up their game and take it offline for days or, most recently, a 12 million person Travis Scott concert. They are building a game brand that stands for irreverent, chaotic fun. Every in-game PR stunt they do invites the player to a virtual theme park where anything could happen, from a playable Thanos to a movie trailer premiere or live DJ performances.

Currently, most console marketing media buys are focused on the short term: Brands invest in a big launch spot and then rely on digital banners in the subsequent years. Live service games should take a note out of the playbook of the wildly successful mobile game Clash of Clans. Supercell focused on building the Clash of Clans brand over time with high-profile Super Bowl spots featuring celebrities like Liam Neeson and Christoph Waltz. Instead of just a big blockbuster launch, their advertising got bigger and bigger as their player base grew. This approach sustained mass awareness and brought new people in year after year.

One of the most comprehensive analyses of creative brand advertising, The Long and Short of It, found that the investment in the brand over the long term pays dividends by growing a loyal mass audience. In contrast, short-term price promotions, while an essential part of the mix, can only do so much. 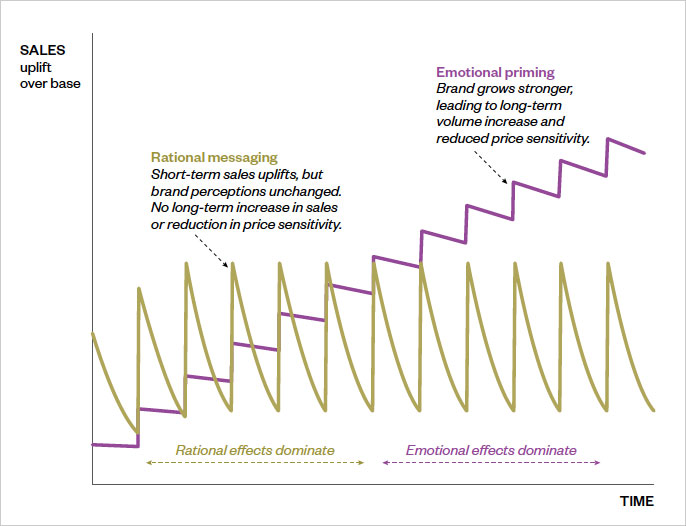 Blockbuster launches are no longer enough. In today's competitive gaming market, where development costs have never been higher, publishers need to invest in their live service game's brand for the long haul. By defining the brand, activating it in culture, and committing media to your brand, you can grow your game's community and cement it as an enduring hub for gamers for years to come. 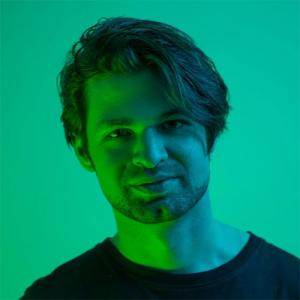