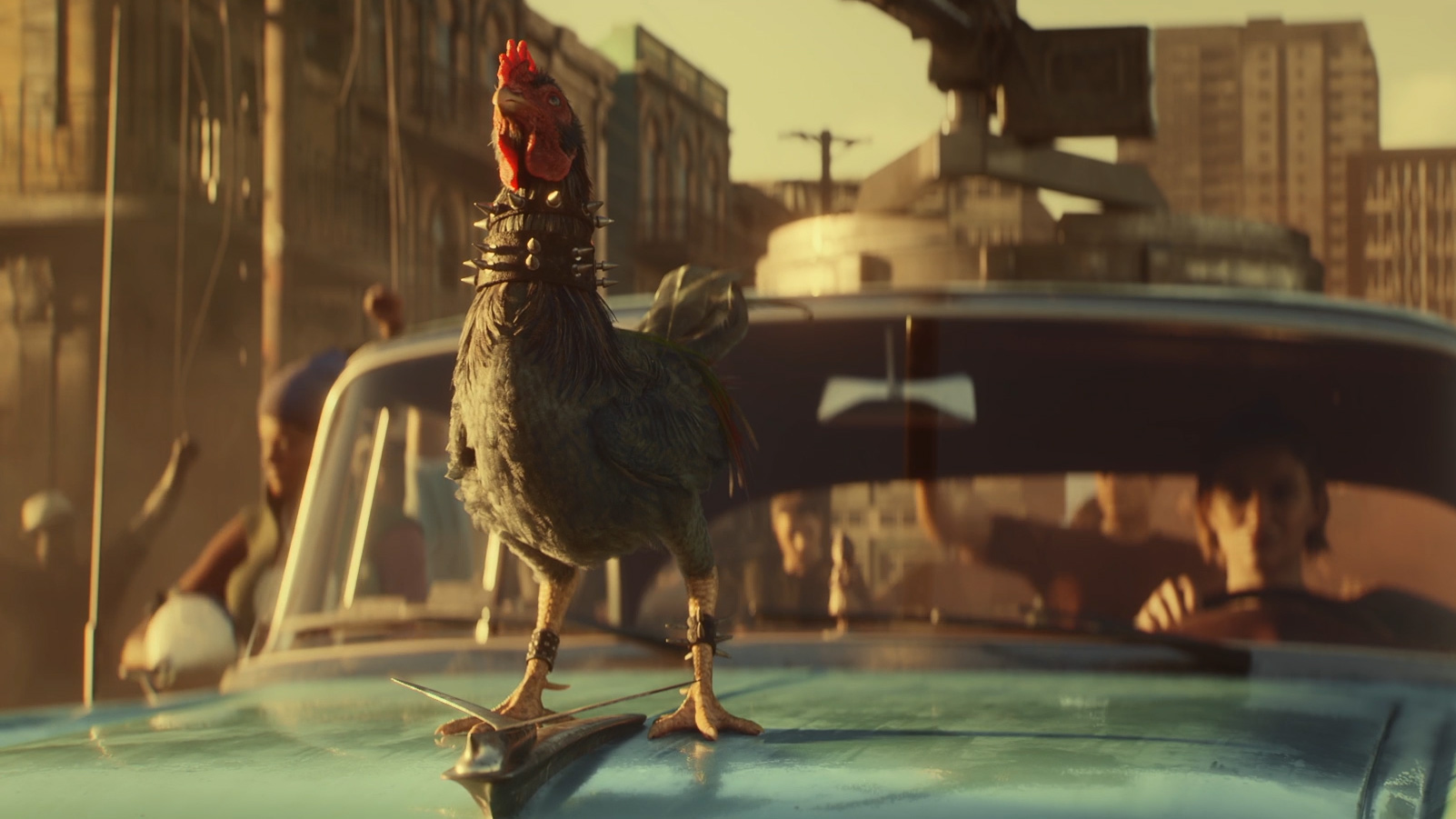 Ubisoft's Far Cry video game franchise has always been a little extra, but this one's properly flown the coop. Far Cry 6 takes place on Yara's Island. And its hero ad, "Chicharrón Run" by DDB Paris, happens entirely from the perspective of a rooster.

As in gladiator stories of old, but with a South American spin, Chicharrón the rooster's been kidnapped to entertain the entourage of the fictional dictator Antón Castillo, played with trademark gravitas by Giancarlo Esposito. But Chicharrón escapes the confines of cockfighting—still sporting a spiked leather choker, care of the regime—and kicks off an epic chase through the town.

By late afternoon, Chicharrón has somehow enlisted the sympathies of Dani Rojas, the game's protagonist, and takes center stage in an uprising against the dictator himself.

The chaotic, cathartic work was produced by Traktor collective, with animation by Sweden's Important Looking Pirates, who also did special effects for The Mandalorian, Westworld and Watchmen. It went live on digital from Sept. 28, and will also go live internationally in cinemas and on TV.

Muse: What's this all about? Is it fair to call this a rooster Che Guevara story?

Olivier Le Lostec and Clara Noguier: To give you a bit of context, this new Far Cry 6 game is set in a paradise island stuck in time, where a dictatorial regime is pressuring the people. And a guerilla is slowly rising to fight and defeat its dictator Anton Castillo, played by the famous Giancarlo Esposito.

This trailer tells a story about Chicharrón, a badass rooster who will help you in the game as an "amigo" to recruit. Kidnapped to entertain soldiers of the regime, he will escape for freedom instead of fighting in a forced rooster fight. Throughout his race, he will slowly lay the foundations of the revolution among the inhabitants who are done with this oppression.

In fact, yes, it's fair to see a comparison with some past South American independence fights, but to be honest, Chicharrón is more a rooster creating something bigger than himself than a true revolution hero. In the game, the real hero is named Dani.

Why a rooster? Where did the insight come from?

As this rooster will be among allies in the game, we thought it could be funnier to have his point of view, instead of the good or bad guy that we are used to seeing in most game trailers. And because Far Cry is a crazy game, what could be more crazy than an unpredictable rooster to promote it?

What was the most fun to work on, and what most challenged you?

The most fun we had on this project was to stick to the game and find the craziest scenes Chicharrón could trigger all along his chaotic chase. So between the first draft and the final version, we wrote a lot of insane and exciting situations. In the end, we kept some of them and others were killed for dark legal reasons.

Then, fast forward in the production process, another fun and exciting part was to shoot all our characters in motion control. It was a first for us, and even though this technique is well-known, it's still interesting to see how actors manage to exaggerate their acting skills—movements and expressions—to ensure the best possible result.

The biggest challenge we had to deal with was a nanometric size shit that stopped the world for months. We had to rethink the movie, which was initially supposed to be shot in live-action, to keep it alive. And like everybody, we learned day after day to work remotely, but always hand-in-hand with the client and the production team to release a version we will all be proud of. And in the end, that's exactly how we are!