Lower-level jobs in the advertising business can often be pretty thankless. But why not try to have some fun along the way?

Two creatives at PS260 in New York recently gameified the experience of "runners" at the video editing company—junior staffers who juggle lots of logistical tasks in the hopes of becoming assistant editors. And, refreshingly, they didn't make a digital game (as much fun as those can be) but an actual board game, called "Runner Quest."

Drew Lang and Chris Nicastro, who were themselves promoted from runners to assistant editors this month, designed the game to mimic the daily routine of a runner at the company. The gameplay takes players through a runner's day-to-day, giving them tasks and challenges that will help them become assistant editors. 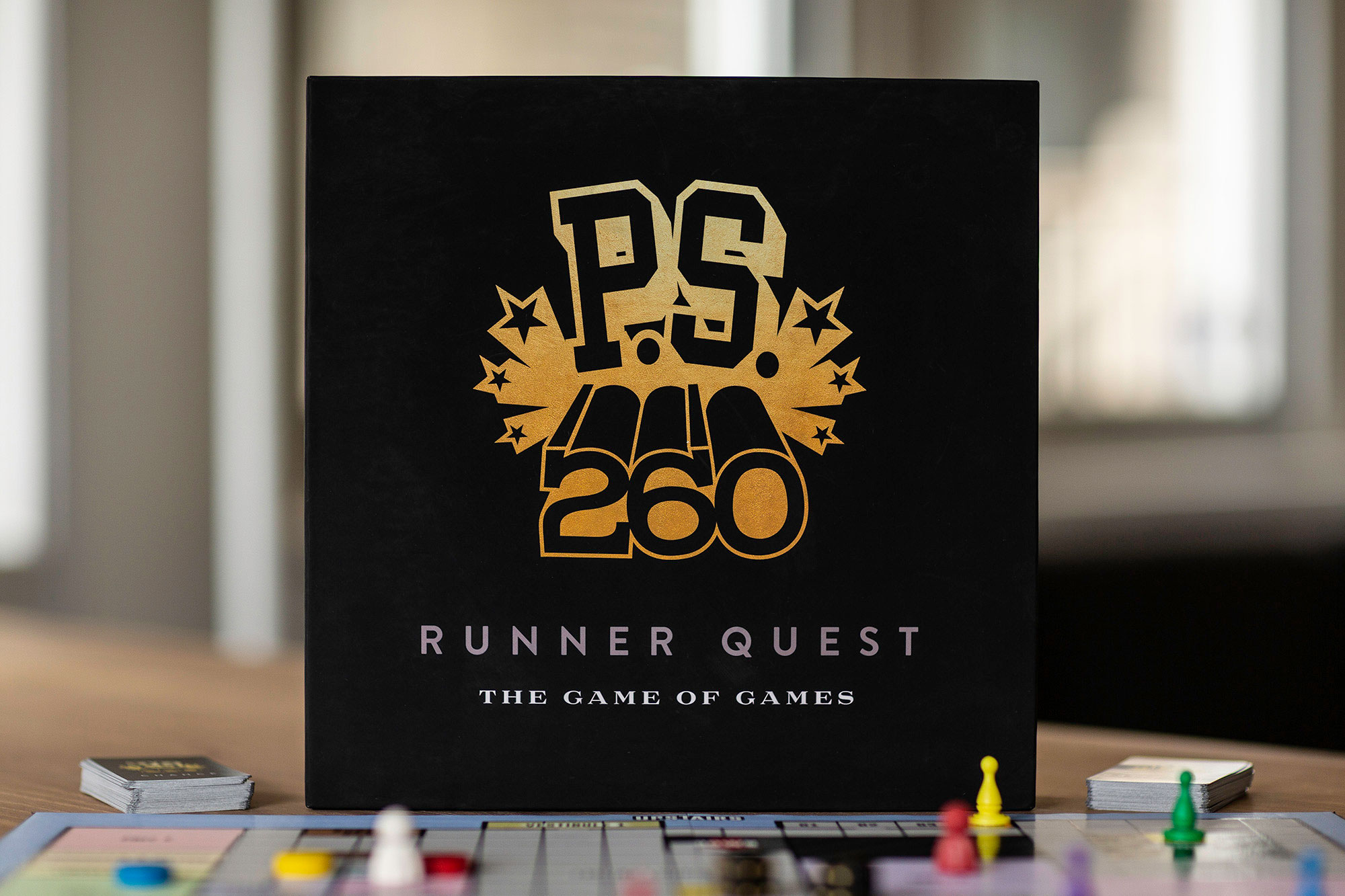 The game has a similar layout to Clue, and the "Chance" and "Objective" cards create a risk/reward system similar to that in Chutes & Ladders. The game is designed for runners at PS260 and others at other like-minded companies, as well as senior editors who can relate to the day-to-day that runners endure, the company says.

"Creating 'Runner Quest' was honestly kind of a complete accident," Lang tells Muse. "I've worked on and made my own video games and board games before, so making this game was a flash in the pan. I joked about this idea with Chris, but then he took the initiative to actually put pen to paper and hashed out the mechanics with me." 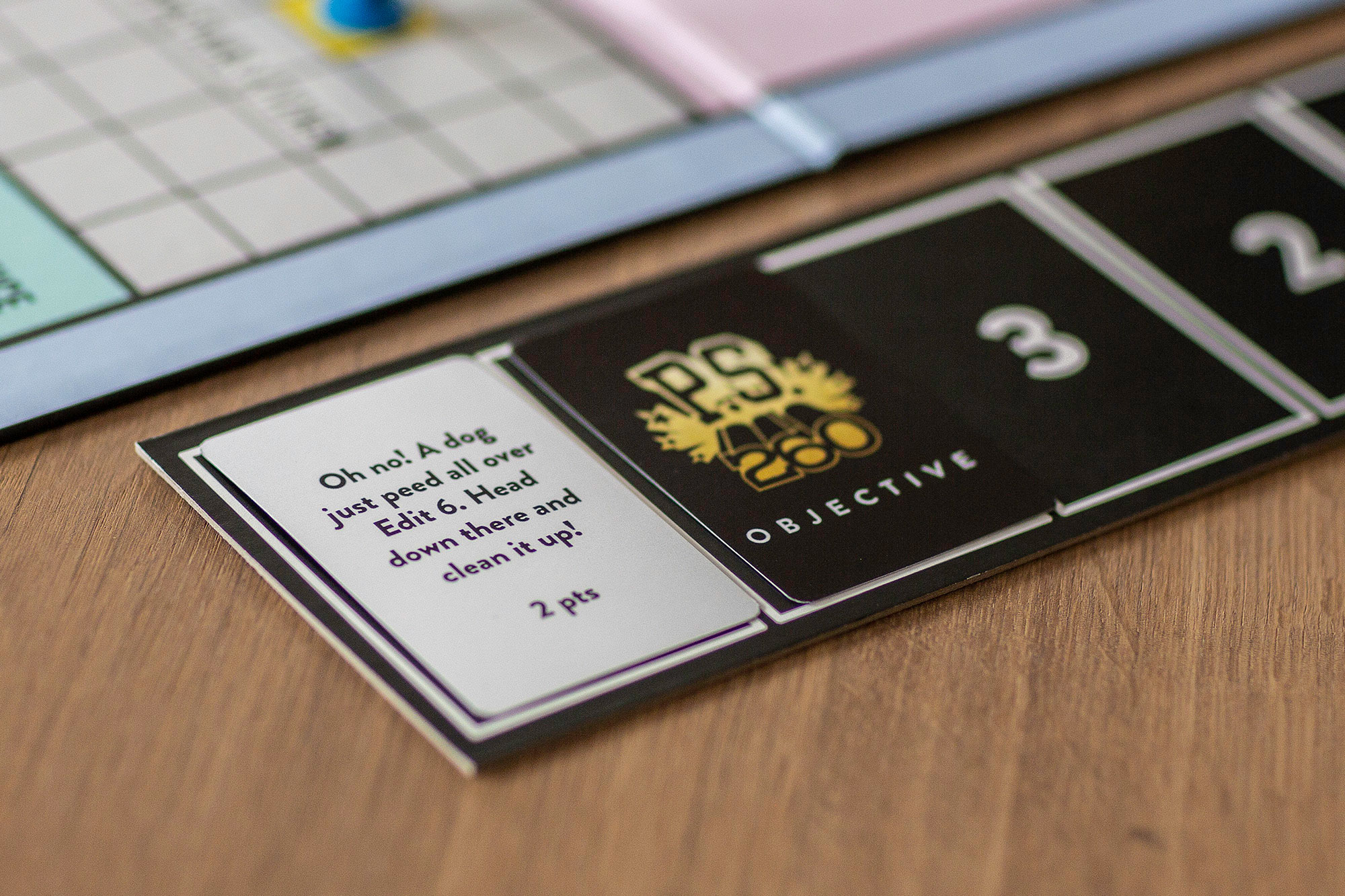 "We decided to take inspiration from some of our favorite old-school games that implement a sense of grand adventure, because in a lot of ways, being a runner can feel like a medieval quest," adds Nicastro. "We also took inspiration from some of those pent-up frustrations that come naturally with being a runner anywhere that would translate across the board for the players. You see all these editors around you in the office who you're in awe of and have so much respect for, and to learn that most of them were once in the exact same position as you shows that if you follow the path before you, you're essentially on a quest to get to that level."

"We thought it was a brilliant, humorous insight into the daily life of a runner at PS260," says head of production Laura Lamb Patterson. "They turned what we all know can be grueling runner tasks into a roast of PS260." 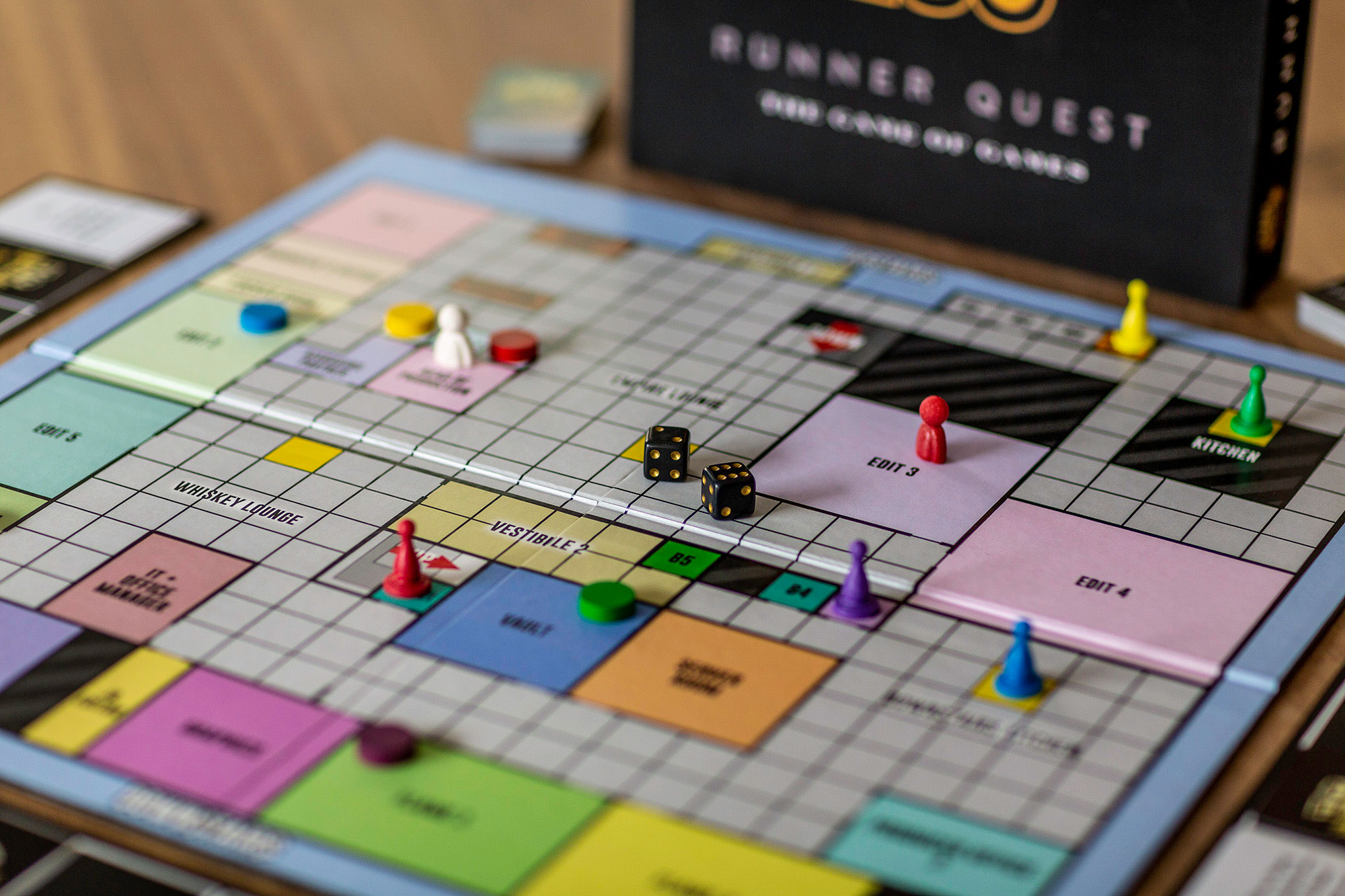