Hope is hidden among the ashes 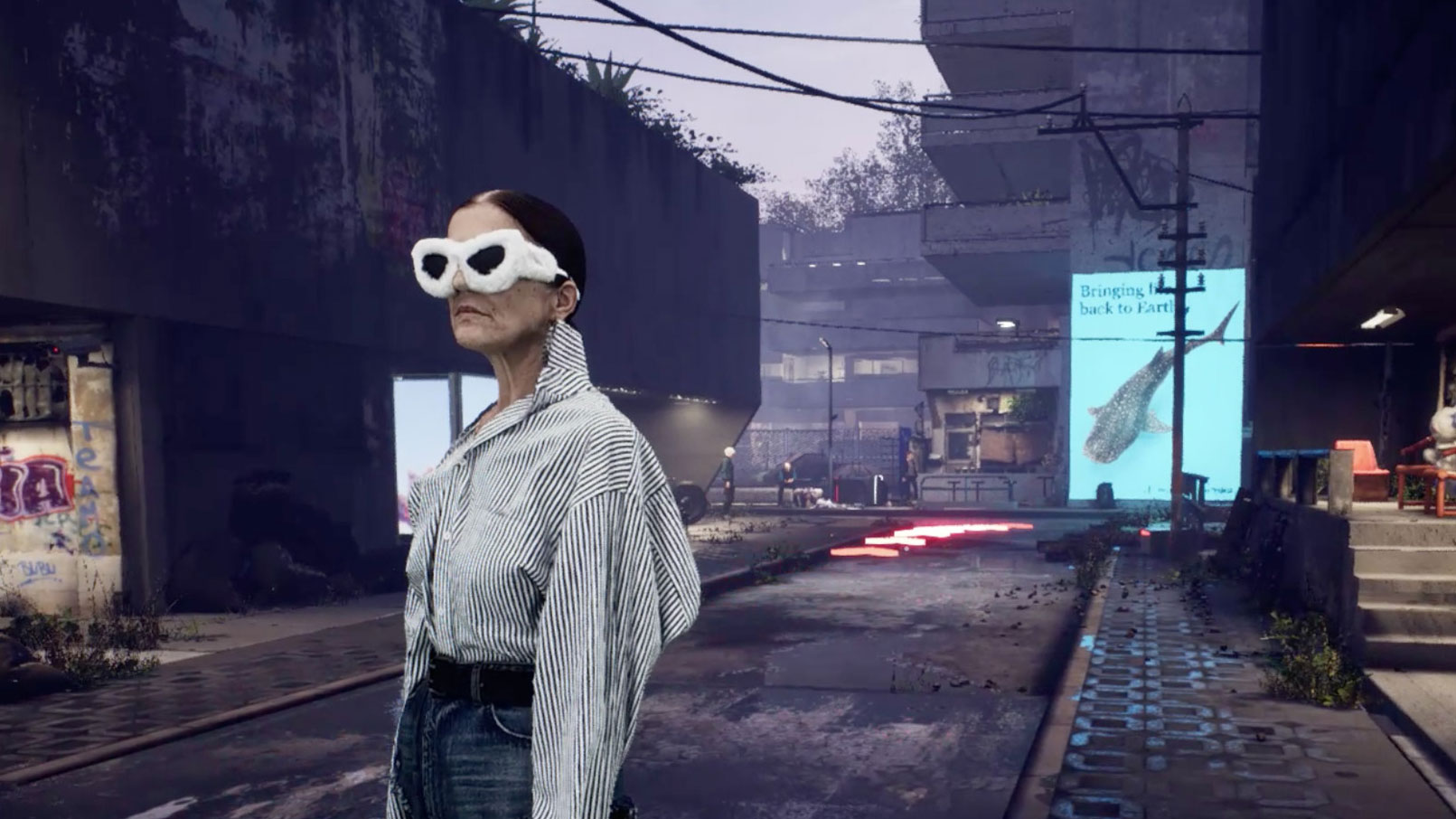 For its fall 2021 collection, Balenciaga has released an RPG-style video game titled Afterworld: The Age of Tomorrow. It takes place in 2031, a future that is bleak but also edgy, like a cross between Banksy's Dismaland and a post-industrial Berlin rave.

In fact, there actually is an in-game rave, to which a white rabbit leads you, once you've traversed a forest. The game consists of five levels. The first takes place in a Balenciaga store, before you descend onto the street and are spirited away by a flying bus.

It also features a collaboration with electric performance car brand Polestar, from whom multiple vehicles appear in the urbanscape: its 3x Moto, the MMXL, the 0, the Pickup and the Polestar Precept.

And there are a ton of cultural and gaming references, including medieval-inspired clothing and the PlayStation 5 logo. Check out this game walkthrough, and a breakdown of Easter eggs:

"Today's customer does gaming. It's an important luxury customer base. They project so much onto their character. It's a parallel world," Balenciaga creative director Demna Gvasalia says.

Balenciaga's fall 2021 theme is human destiny. Per the brand, Afterworld is inspired by mythological pasts—at one point, a character actually pulls a sword out of a stone—and "projected futures with timeless archetypes and speculative imagery."

Afterworld is allegedly the "largest volumetric video project ever undertaken," and features environments and characters created with "cutting-edge photogrammetry." It maintains the style Gvasalia established in the fashion house's summer 2020 campaign, which featured a canned-news doomsday loop, and the music video that followed it, "Sunglasses at Night."

Avatars, which appear throughout the five zones, are dressed in Balenciaga's latest, including oversized suits composed of T-shirt jersey materials, designed to look worn. One outfit is inspired by 400-year-old knight's armor, composed to illustrate fashion as "a type of armor worn to protect against the elements of judgment."

Israeli designer Shahar Livne designed the jewelry and other accessories, including sneakers with alternative leather inserts made of the wasted fat, bones and animal blood.

"People will keep wearing clothes they love until they fall apart. I do myself. So things look quite destroyed, worn-in, pre-crinkled," Gvasalia added.

The game, which went live in December after a small group of players tested it with VR headsets at a runway show, ends when the hero reaches a sunset, at which point users are invited to engage in a meditative breathing exercise.

"The game and the collection imagine a near future in which clothing is meant to transform over many years," adds Balenciaga. "Treatments tease out the aging process of materials, emphasizing the idea of wearing something for decades or repurposing it forever."