3 Reasons Why Brands Should Play in the Gaming World

Takeaways from E3 for advertisers

After attending the E3 conference this month, perhaps the most surprising thing I saw (or didn't see) was the lack of consumer brands and marketers in attendance.

For the uninitiated, E3, the Electronic Entertainment Expo, is the biggest date on the gaming industry's calendar, attracting trade, media and consumers alike. Just like the movies, gaming has a lot of familiar franchises and characters that have graced screens in various different pixels for the past 20 years, like my childhood favorite, Sonic the Hedgehog. Among these familiar favorites are franchises like the Avengers series that have transcended their original comic-book incarnation, smashed through Hollywood, and emerged as one of the most anticipated games of E3, Marvel's Avengers by Square Enix. It's amazing to see this successful innovation and reinvention across the gaming and entertainment industries.

The attraction to E3 for gamers is obvious. But in my role as a chief innovation officer in the advertising industry, I find huge value in attending E3 for our business, too. I attend in order to understand trends in gaming and to uncover unique and innovative ways in which our brands might be able to capitalize on this behemoth industry.

So, here are three key reasons why I hope to see more marketers at E3 next year.

The gaming industry is where consumers' dollars are being spent.

Every year at E3, there are lines of people snaking back from the most popular booths as far as the eye can see. It shouldn't be surprising; gaming is a big business. Game sales have outperformed box office returns for more than two decades now, and according to the latest Global Games Market Report, video games generate $137.9 billion per year, compared to $41.5 billion for movies and $19.3 billion for music. When you think about the amount of money being generated by the gaming industry, it's hard to understand why more brands aren't trying to unlock a portion of this.

When you dig further into the numbers, it starts to make even more sense for brands to get involved. At least 50 percent of the $137.9 billion made last year was through mobile gaming, with $13.9 billion on tablets and $56.4 billion on smartphones. It's not like this is new territory for advertising, either, with mobile game ads showing significant year-on-year growth. In addition to ad placements, brands have also been incorporated within games. A few years back, for example, I worked with Electronic Arts to integrate brands into its Sims title. How else can brands meet consumers through mobile gaming platforms?

Your brand can be among the first in the sandbox.

The gaming industry itself is in the middle of a major transition, and now is the time to create a space for your brand within it. Gaming is becoming more mainstream and accessible than ever before. In addition, it's more mobile than ever. Discs are dead; consoles are streaming stations now. Players such as Facebook, TikTok and Google, which will launch its gaming offering Stadia later this year, are getting in on the action. It's time for marketers to be involved in this rich, highly uncharted territory, too.

The opportunities for brands to play a role in this multibillion-dollar industry are practically infinite. To any brand out there thinking about jumping in, game on. 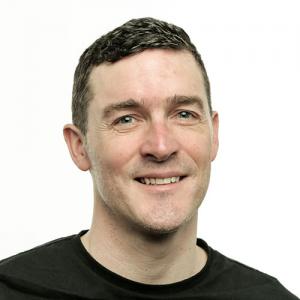