The inner workings of an unfairly overlooked genre

When my parents put a 12-inch TV with a built-in VHS player in my bedroom in the year 2000, I watched and rewatched my stolen Blockbuster copy of Passport to Paris every night. Little did they know that they were laying the groundwork for the '90s "chick-flick" lover in me to develop an earnest passion for the romantic comedy genre.

At the start of Confessions of a Shopaholic, which is a classic in my opinion, the main character, played by Isla Fisher, says this line: "You know that thing when you see someone cute and he smiles and your heart kind of goes like warm butter sliding down hot toast? Well, that's what it's like when I see a store. Only it's better." She's speaking my language there—only instead of a store, that's the feeling I get from a good romantic comedy.

When you think of film education, there's a good chance you think of frame-by-frame analyses of Citizen Kane or deep dives into the Italian Neorealism section of the Criterion Collection. Don't get me wrong, there are many important pillars to understanding this art form, so don't go ignoring the classics. But I believe the romantic comedy has not been prioritized in mainstream film education. That's a missed opportunity. They've been an essential part of my education as an editor, and a place—like advertising—where I learned that dramatic auteurs haven't cornered the market on film craft.

Building tension, driving emotion, and using smart visual language is the standard for most good filmmaking, whether it's The Long Goodbye, When Harry Met Sally, or a Super Bowl commercial. Our job is to tell stories, entertain, and make people feel things. When you watch a good rom-com, you should be both entertained and (if you're not the Tin Man) emotional.

So let's dig into some of my takeaways on how rom-coms have impacted my growth as an editor and storyteller.

Any editor would be foolish not to kick off with this. A good montage is everything. Romance is all about emotion, and as far as filmmaking language goes, so is the montage. It's a series of shots that builds energy and illustrates a feeling. Done well, it can carry as much weight (or more) as any dialogue scene. Give me a montage of Jude Law and Cameron Diaz kissing and laughing around Cornwell Manor any day of the week.

We need to feel connected to our leading lady (or man), and the genre often uses the voiceover to clinch it. Bridget Jones's self-deprecating narrative brings both humor and warmth to her character. There is a freeze frame when she has a cringy first interaction with Colin Firth's character, and it's paired with a voiceover where she says "There. Right there. That moment!" We are watching her with her. That choice makes every situation more ironic when we know her true thoughts, which makes us feel 10 times more connected to her when she finally runs out into the snow without pants on to find her Mr. Darcy.

And speaking of Mr. Darcy…

Some say these are things to run away from in films. Break convention! Down with the tropes! I say let's run towards them.

Not everything needs to be totally groundbreaking. Yeah, I said it. For the sake of romantic comedies, conventions serve as an incredible platform for a filmmaker to build their story. Without the structure of a relatable rom-com, you run the risk of losing some of the emotional thread.

Conventions also allow for inside jokes and creative play. 500 Days of Summer is, in its entirety, an exposition on the genre, all while using the same tropes and conventions we have seen time and time again to make you love the characters.

Or take 10 Things I Hate About You, which is based on The Taming of the Shrew. It rehashes an old fable and allows for those who know the story to follow along for little easter eggs and added analysis. And if you don't know the original play, you can still enjoy it as is.

If you love something, you have to let it go. That's what they say.

Our leads always end up taking time off from one another to assess their feelings. This space is often rife with best friend gossip sessions (When Harry Met Sally's iconic split-screen) or dance parties around their home (Hugh Grant's dance around 10 Downing Street in Love, Actually). This enables them to deal with and externalize the emotional journey they're on, and we, as lucky viewers, get to see it all. And it allows for us to feel even more bonded to our protagonists.

The Romeo and Juliet effect

Will they? Won't they? Another essential of a good rom-com is to have some level of a forbidden love story.

There's always a reason why these two shouldn't work out (often true in life as well, amirite ladies?!), and that is the genre's greatest gift. It's what grips us. It's what asks us to sit on the edge of our seats. Even though, more likely than not, they WILL overcome the odds and end up together, the question of whether they will is an absolute MUST.

In You've Got Mail, Joe and Cathy are definitive opposites. In Something's Gotta Give, Erica and Harry couldn't have disliked each other more when they first met. Hell, in 50 First Dates, Lucy doesn't even know who Henry is every time she sees him. In all of these films, the journey to see them confront their emotions and work it all out is not only worth it, it's actually the best part.

The need to laugh

The comedy element is just as important as the romance element.

There's plenty to be said for a good romantic film that is rooted in drama, but for me, comedy is king. The comedy makes the journey fun, and that's ultimately what we're signing up for—a film that will make you laugh along the way and escape reality for a few precious moments.

The wingman (or wingwoman)

No rom-com is complete without the hilarious, well-meaning sidekick. The supporting cast of a film can make or break it as much as the leads. It may be the main character's world, but the people surrounding them must be rich and a little absurd—it's what makes the journey so good. Shout-out to the queen of supporting characters, Judy Greer. Let's hear it for her being the best best friend this genre's arguably ever seen, and for playing the perfect counterpart to so many different leading ladies.

These films that have for so long been deemed "chick-flicks" or "guilty pleasures" deserve their time in the classroom. There's a fundamental reason we keep watching them: We all want to try and understand this crazy little thing called love. When you think about why we watch films or why we expose ourselves to art, on a fundamental level we are looking to gain perspective. We watch a story, and all of a sudden, relatable moments from our own lives play in the back of our heads like we're looking in a mirror. When it comes to romance, we've all got a story to tell, which makes the genre even more worthy of merit.

I'm not saying rom-coms are paramount or the only thing to study, but to dismiss the genre as hackneyed and rife with predictability isn't fair. Plus, we all need some collective joy in our lives. And if Amanda Bynes waiting at the debutante ball for Channing Tatum to appear at the end of She's the Man can provide that joyful feeling, then sign me all the way up. 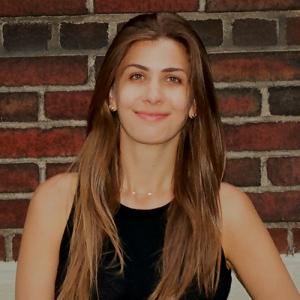