When the Brands of TV Shows Outgrow Their Networks

We're engrossed in characters, not companies

Streaming channels have been dueling over rights to shows like Friends and Seinfeld that have been off the air for 20 years. HBO Max is reportedly paying over a billion dollars for The Big Bang Theory. Netflix released a "sequel" film to a show they didn't create or originally air in Breaking Bad, but helped, er, break through binge watching. YouTube has been paying celebrities to launch channels on the platform. Why? Because viewers follow shows, not networks.

We become engrossed in the characters, the stories and the tone, but not the logo of the company running it. If the rights to The Wire became available and the show was suddenly on Hulu, people would find it and watch it there without hesitation, because the characters are rich and the story is amazing. Except for the army of hot-take writers, viewers would not pine for the HBO exclusivity.

It may be true that the HBO brand grows stronger with each successful series, but people are searching for and talking about the Roy family and Succession, not the network. The network doesn't create the shows. It develops them. It's not a secret that Game of Thrones wasn't the brainchild of HBO. It came from a series of books with a rabid cult following. The producers who pitched it didn't even know if it could be pulled off before the first season was edited.

When NBC's "Must See TV" lineup was airing in the '90s, viewers recognized the network had great shows on Thursday nights. Those shows were, in fact, historically great: Friends, Mad About You, Seinfeld, Frazier, ER. Millions of people arranged their schedules to tune in every week to watch the shows on their first airings. When the shows ended, viewers didn't continue tuning in to NBC on Thursday nights. Weird, the Thursday night brand that NBC had built didn't last one ratings period once the top shows were gone.

In a way, the airing of Friends and Frasier on NBC to huge audiences served as tremendous brand-building ad campaigns for the shows and the actors appearing in them. The shows' brands and that of related performers were benefited from airing, and their value as streaming properties now was set for explosive, future growth.

Though the NBC network helped make Friends a success, it's not accurate to give NBC the credit for the success Friends still has today. When Viacom purchased the rights to air Friends in syndication a few years back, they quickly realized that viewers 18-24 were tuning in to watch it on MTV. These are viewers who were infants or toddlers when the show's final episodes aired live in the waning days of "Must See TV" on NBC.

One could argue that Netflix is a stronger brand than its shows since subscribers to its service do tune in to Netflix, then find something to watch. This is likely more attributable to long-standing behavior than to brand. Once television viewers were given more channels via cable, they stopped tuning to broadcast networks by default. They tuned in for appointment viewing. Otherwise, they clicked channels until they found something suitable to watch. In other words, this behavior existed before Netflix. People clicked the channels, then they searched the cable guide. Netflix has become the place people go to search for something to watch, and they do so with unreported levels of success or satisfaction.

Netflix's first major advertising campaign focused on the benefit of the brand. It showed squadrons of character archetypes waiting to be deployed on demand, by subscribers. A generic superhero, soldier, starlet. All waiting to get called, through the early Netflix software.

Their newest campaigns? Netflix now promotes their shows. They lead with a heavy dose of Stranger Things, Big Mouth, The Crown. The Netflix brand? It's just a call-to-action. It's the place where you can find the show you want to watch. What changed? The brand was the lead; people must have totally changed. Or maybe they just didn't have any recognizable shows back then.

More options for programming means more ways people can spend attention. The best way to cut through choice is brand. Networks are leading with their strongest. The names, faces and stories we know. The ones we want to tune in for. 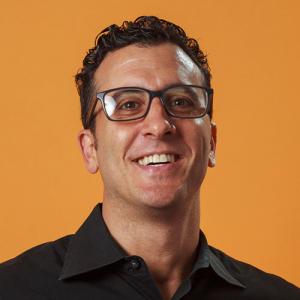