What an 'MBA in Entertainment' Can Teach Us About Brand Content

I started out as an executive assistant at William Morris Agency and then Creative Artists Agency, where people described it as getting your "MBA in entertainment." I didn't take a traditional path in entertainment, but I do make entertainment—with brands. I still draw on that "MBA," and the lessons I learned from it are useful to any brand trying to create content that people want to consume.

If you aren't trying to make brand content that engages audiences rather than annoys them, you should. When ads worked in the past, it was because sitting through a commercial break was easier than getting up for a snack. There are fewer chances to interrupt with today's programming, which threatens the foundation of our industry and makes us wait longer between snacks. Brands have been slowly waking up to that shift over the last decade, but they're still struggling to bring entertainment into their brand entertainment.

That's because, as an industry, we're still approaching content the same way we've always done. What's the expression? If your only tool is an ad, then everything is a :30. We fall back into the same patterns, and the work falls short. Making effective entertainment means not just aiming for something different, but actually changing the way we create and the partners we create with.

That's where this MBA in entertainment comes in. Because they were right—the things we learned from working with the top creators in the world, the contacts we made, and the understanding we gained of the industry's machinery were all things you need to know to make great content. These principles have helped me navigate my career, whether in the boardroom or in the writers' room.

Think about the last movie you watched. It didn't start out with Tom Hanks attached. More likely than not, it was a writer in some corner of Hollywood who had an idea that just had to be made. That idea evolved, as more people touched it, until it was in a form where it could be brought to Tom—and he was impressed enough that he had to be the one to make it.

Brands tend to start out thinking they can buy their way into talent, and that will be enough to make their content great. Sure, most stars have their price, but if they're not committed to the project beyond the paycheck, it will show in the work. And some people can't be bought.

For instance, Coldplay, despite being one of the most successful bands in the world, has never licensed its music for advertising. Except twice. Those were for a couple of projects for Chipotle you've probably seen. The pitch for Coldplay wasn't about the money they could make. It was to be included in gorgeous animated films about sustainable farming, a cause important to lead singer Chris Martin—and to have your songs covered by Kacey Musgraves and Willie Nelson.

Chipotle | Back to the Start
Chipotle | A Future Begins

Try to dive into a campaign before the brand buys its media. Why? Because once that media has been purchased, you've placed yourself in a box. Don't start with a 60-second ad or a billboard image. Don't even start with scripts and storyboards. Start with the story you want to tell, and it will lead you to the media.

You get to a brand's story the same way you do a film's: with the message you're trying to get across to viewers. Is it a love story, a comedy, a drama? Can it be relevant to the brand without seeming like a sales pitch? Once you lock it in, then you can talk about media. It could be a series of short films, a long film, or a VR experience; it could be told on one channel or several, or even in new mediums like the metaverse, as long as all channels point the consumer back to the core piece of content.

Don't use celebrities just because you can.

The prevailing wisdom among advertisers seems to be not only that celebrities are necessary for brand entertainment, but that if one celebrity is good, then lots and lots of them are better. Just look at the Super Bowl ads doing the Dance of a Thousand Celebrities.

Look at the last 10 Oscar Best Picture winners. All of them had great actors, but almost none of them had megastars. If you get the story right, you don't necessarily need an A-List celebrity to make it amazing. One of my favorite Super Bowl commercials is "The Force" from Deutsch LA. Yes, there was a (tiny) Darth Vader, but the best parts were the yearning of the kid to be special and the dad's connection to his son.

Collaborate with the best.

It takes hundreds, even thousands of people to make a blockbuster film. Not only are there a lot of them, but they're at the top of their game. So if you're going to make entertainment content, you have to work with the best. Don't default to commercial directors, even though there are some great ones out there. If you want a film, start with a filmmaker!

The way you work together is different, too. The traditional agency creative process tends to be a battle royale, where teams compete against each other for the winning idea and protect it from meddling. Contrast that with the creative process of a place like Pixar, where everyone weighs in to shape an idea. To create great entertainment, you have to share ownership and credit. You have to welcome voices into the debate—you never know which water cooler conversation will spark an idea or which team member will be the one to "crack" the idea.

It's easier to predict pop culture than you would think, partly because films and TV shows have a long development time. If you were working on a project six months ago, for instance, you'd know with a little research that multiverses would be hot right now, between multiple superhero titles and Everything Everywhere All at Once. So your brand's mind-melting dive into the multiverse would seem prescient when you were really just doing your homework.

Study what's coming down the pipeline in the entertainment world. There are multiple benefits. Going back to the multiverse, you might have guessed that Everything Everywhere star Ke Huy Quan, who reappeared decades after iconic child roles in Goonies and Indiana Jones and the Temple of Doom, would become a hot commodity. If you had locked him in on a project then, it would be cheaper than if you came to him when he was hot hot hot. 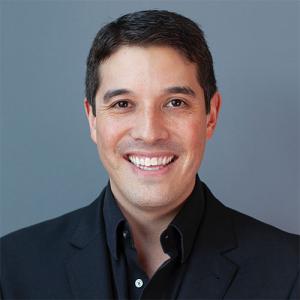