From West Side Story to Sweet Tooth, See This Week's New Trailers and Posters

Plus, the return of Ted Lasso and Master of None

This week's collection of trailers highlights the incredible synergy that can happen when skilled editing meets a great music cue. The pieces this week do a particularly nice job of showcasing the unique power of music in entertainment marketing as we see everything from show tunes to '80s hits bring a special energy to the work.

There are satirical choices and foreign language tracks—an Italian one to teleport us to the Riveria and a French one to get us in the mood for love—and new compositions as well. It's a great week for both the eyes and ears as we discover a fantastic array of Hollywood's latest offerings.

Take a look (and a listen!) to this week's new trailers and posters.

Viewers of Sunday's Oscars ceremony were treated to a first look at Steven Spielberg's West Side Story in this tantalizing teaser. The intro pulses with the spectacular sound design of that signature whistle and the sounds of the city as we are re-introduced to this latest incarnation of this famed story. The Jets and Sharks meet in the shadows in a fantastic title card moment before the piece transitions into the new version of "Somewhere." We are then regaled with an expertly cut highlight reel teasing what's to come in this exciting release. The simple poster understands there's not much more needed beyond Spielberg's name and the film title to garner hype. You've got a little while to practice those Jerome Robbins dance moves before the film dances into theaters on Dec. 10. 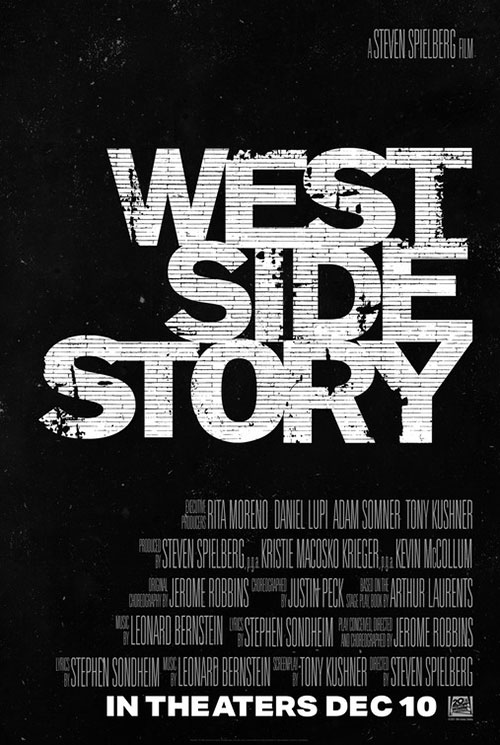 Another teaser highlighted during Sunday's Oscars was Summer of Soul, the directorial debut of Roots drummer (and Oscar ceremony DJ) Questlove. The film is made of up never-before-seen footage of the 1969 Harlem Cultural Festival, which celebrated Black music, art and fashion. This teaser uses Gil Scott-Heron's "The Revolution Will Not Be Televised" paired with enticing copy, colorful graphics and mention of the film's Sundance prizes to create a high-octane and dynamic piece that lures you into this moment in history. The colorful retro collaged poster announces the film's arrival in theaters and on Hulu on July 2. 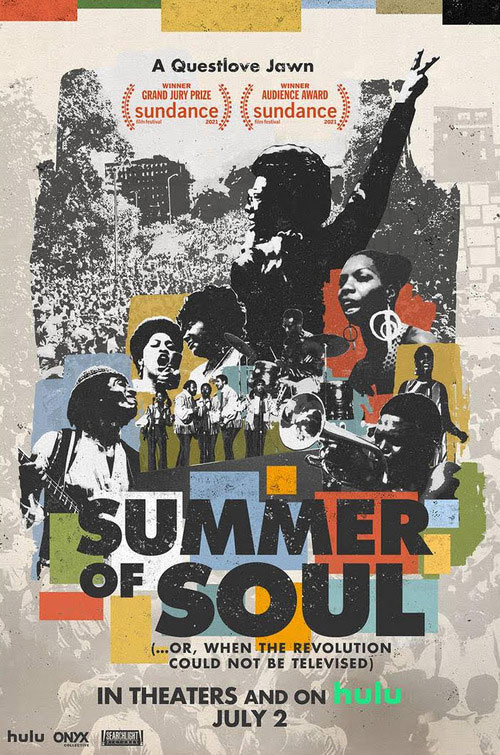 The full trailer for Pixar's latest, Luca, is bursting with Italian flair as we meet this young sea monster as he experiences life as a human for the first time. The upbeat cue of Edoardo Bennato's "Il Gatto E La Volpe" paired with Pixar's take on the stunning colors and scenery of the Rivera make this piece an immersive experience in the magic of small-town Italy. The trailer's selects perfectly highlight both the humor and emotion to come in this enticing story. The poster cleverly displays the split between Luca's two worlds. Pack your bags to head to Italy when the film comes to Disney+ on June 18. 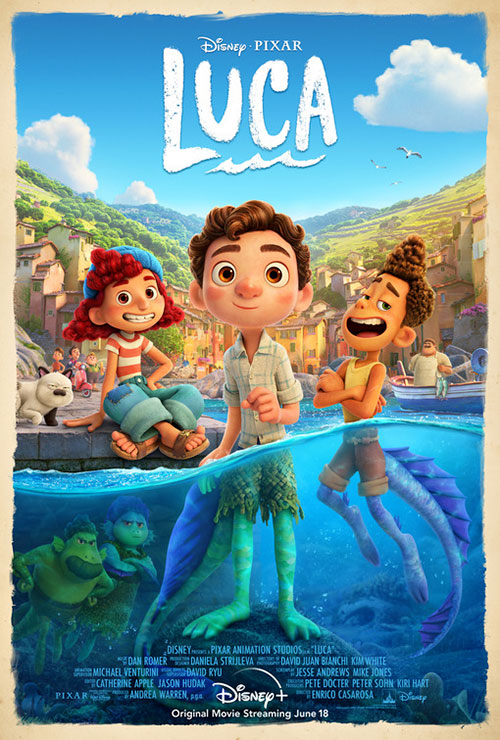 After the first season captured fans' hearts and made its mark on this award season, Ted Lasso is returning for Season 2. Queen's "We Will Rock You," leads the way as this football coach continues to show off his highly loveable nature in this new trailer. The editorial works nicely with the rhythmic beat of the cue, with some great stop downs for the jokes that make the show the wonderfully feel-good comedy that it is. Coach Lasso makes his return July 23.

Travel back to the land of Spandex and perms in this teaser for Apple's new original series Physical. With a song selection that can't help but transport you right back to the early '80s, the Buggles' "Video Killed The Radio Star," this piece introduces us to a disgruntled housewife who transforms herself into an aerobics star. With slick editorial that cuts between her life as a housewife and her rise to exercise guru, the teaser is a fun first look at the series. Throw on your leotard when Physical comes to Apple TV+ on June 18.

After a four-year hiatus, Aziz Ansari's Netflix series Master of None is making its return. However, as this artful trailer demonstrates, this season will be less about Ansari's character Dev, and will instead focus on his friend Denise, played by Lena Waithe. Framed by Denise posing a question to her partner and driven by a classical French track, the trailer deftly cuts together moments of the couple's relationship to nicely tease the new storyline. All in all, it's an extremely visually pleasing trailer that builds anticipation for the long-awaited series return on May 23.

The Conjuring: The Devil Made Me Do It

The latest in the horror film series, The Conjuring: The Devil Made Me Do It is loosely based on a real-life murder case that was the first time a suspect claimed demonic possession as a defense. Playing off the real-life inspiration helps guide the headline-inspired copy to expertly set up the details of this eerie case. Strategic sound design and tone shifts help bring the chills, and the piece builds to a thrilling conclusion. Astute use of shadows illuminates a cross on the striking poster. Watch out, for the devil comes to town June 4. 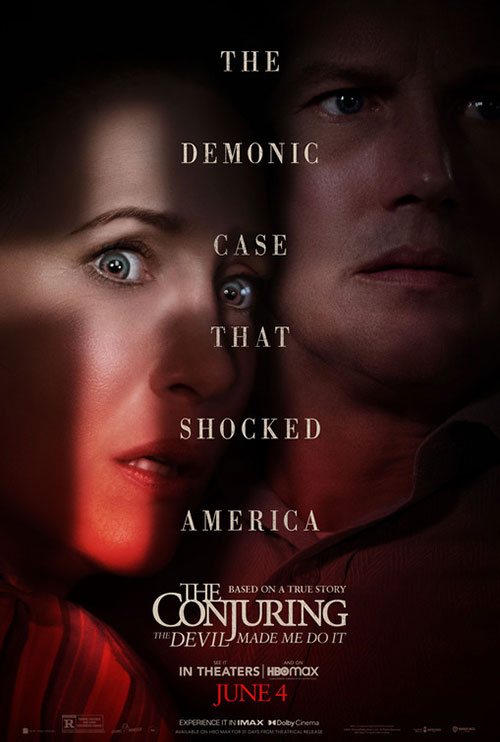 As Peggy March sings in the fitting music cue, "The Impossible Happened"—a new strain of Covid has emerged and this time there are zombies involved. This satirical romp of a trailer for The Bite reminds us that this pandemic could be so, so much worse and keeps the action rolling with clever copy and efficient cutting. As the trailer perfectly states, The Bite comes "too soon" when it premieres May 21.

The new trailer for Sweet Tooth certainly has a hook—a purring fox baby within the first 10 seconds that might be the most adorable thing to grace our screens since Baby Yoda. The musical bed is a pressing string-based piece that pushes the mystery and tension all the way up, promising an exciting new world and lovable antlered protagonist. Terrific world-building is on display in this latest addition to the DC Comic universe. Sweet Tooth comes to Netflix on June 4.