From The Walking Dead: World Beyond to Candyman, See This Week's New Trailers and Posters

Plus, new creative from Netflix, FX and HBO

I've got to say, I was blown away by the creativity in the entertainment marketing world this week. First, there were the wild colors of The Walking Dead: World Beyond teaser, making it impossible to take your eyes off it. Then there was the marketing for Run; the trailer keeps you on the edge of the seat, while the key art should be hanging in a gallery. The visuals for The Letter For The King will blow your mind, too.

Bad Education captured wit and dynamism in every shot. Rumble combined pop culture and art in a way that would make Andy Warhol smile. Betty was full of life and projected that feeling onto the viewer. I don't want to stop talking about the graphics in The Most Dangerous Animal of All trailer—they were out of this world.

The pacing of Formula One: Drive to Survive trailer was ingenious and right on brand. And then there was Candyman. I won't even comment on the creativity of this marketing because, well, I nearly wrote a novel on it below. I'm also partly terrified because I've written Candyman more than five times in this article and I don't remember the specifics of his rules!

Take some time to appreciate the art that the entertainment world put out this week because it was something special. Here are some of the notable trailers and posters released this week.

The Walking Dead: World Beyond

The new special-shoot teaser for The Walking Dead: World Beyond is a visual stunner. It starts in black and white and then transforms into vivid color, bringing to life a new world in a Wizard of Oz-like manner. The colors feel empowering in such a dystopian franchise. The fact that there's not a single piece of dialogue in the teaser deserves praise; that's bold—but when it works, it's powerful. Good song choice, too! A new horizon is on the rise, which is what this limited series is all about. Tune in to the season premiere on April 12.

The trailer for Run, a new thriller about the suffocating and perhaps psychotic love of a mother, starring Sarah Paulson, is spine-tingling in every shot. The editing is smart and encourages you to think and engage with what you're being shown. Then the music kicks in and drives the fear straight to your core. The key art can't go unmentioned because it's absolutely remarkable in its style. The copy on the poster is outstanding. Run to theaters to see this thrill ride on May 8. 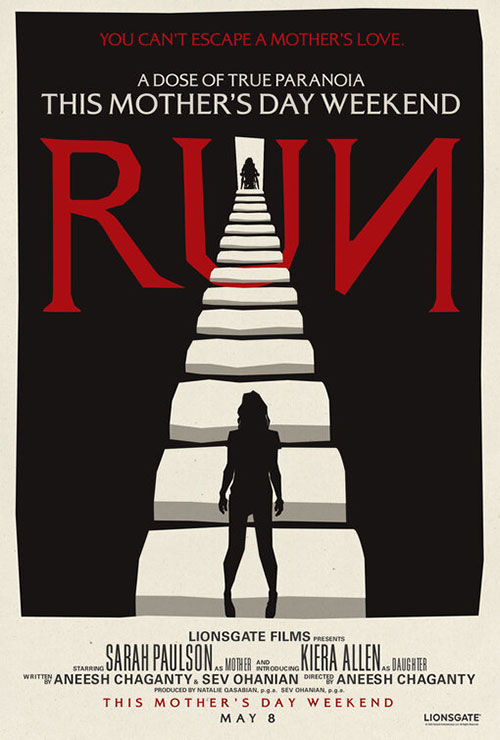 The Letter for the King

The visuals in The Letter for the King trailer are stunning. It's not only the visuals that work in the trailer's favor, but also the typography, music choice and the seamless ability to introduce the main characters without giving away too much. See this beloved bestseller come to life on March 20.

Bad Education, based on the true story of a corrupt Long Island school district, looks like a charming and smart black comedy. How could it not be charming with Hugh Jackman, Allison Janney and Ray Romano? The trailer is witty and gives dimension to the characters, and the Deep Purple "Hush" song choice is righteous. This HBO film premieres on April 25.

This one will have you rumbling with laughter throughout. The trailer for Rumble is smart from start to finish. First, I love everything they're doing with the title treatment. Second, the slow reveal of our hero is excellent. Lastly, how can you not fall for something that brings back the Dirty Dancing lift? Be prepared to laugh out loud. The key art is amusing as well. I love the mimicry of the famous athlete shot before entering the arena. This marketing is filled with pop culture, and frankly, my dear, I like it! Let's get ready to Rumble next year. 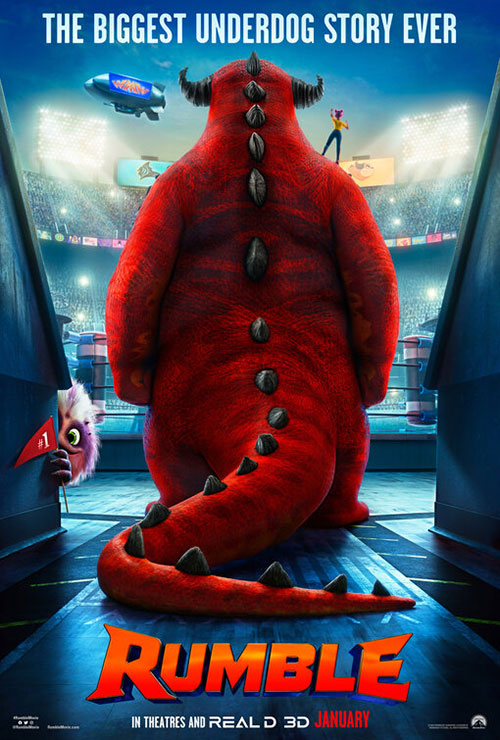 The trailer for Betty, a new series from HBO, is as vibrant as the subjects it's highlighting. The series looks at youth and modern skate culture in a fresh, stylish, fun manner. The music is lively, and I applaud the bright typography. Betty skates to a screen near you on May 1.

The Most Dangerous Animal of All

What a masterpiece! You can't take your eyes off the graphics in the trailer for The Most Dangerous Animal of All—they steal nearly every shot. As if that's not enough, the rendition of "Unforgettable" is just that. The craft of this trailer manages to be equally as fascinating as the subject, the identity of the Zodiac Killer. Watch the mystery unfold on March 6.

Formula One: Drive to Survive

I love that the trailer for Formula One: Drive to Survive starts in slow motion; it's such a smart way to approach a subject known for being so fast. Throughout the trailer, the pace increases, and by the end, we're moving full speed ahead. The sound design is remarkable, as it should be whenever your lead character is a badass engine. Race to Netflix on Feb. 28 for Season 2.

Wow. The trailer for Candyman managed to be even scarier than I expected. Reimagined by executive producer Jordan Peele, the modern master of horror, and director Nia DaCosta, the urban legend is back, and he still has a vengeance. There are so many genius aspects to this trailer, so I'll limit my comments to two: I love that they don't show the Candyman, which keeps the suspense ongoing. Second, obviously, the song choice is killer. I dare you to say his name. The key art is equally frightening while remaining iconic. I also admire the ability to tie in the tagline with the song choice. When it comes to this creative, masterful is an understatement. Candyman returns to theaters June 12. 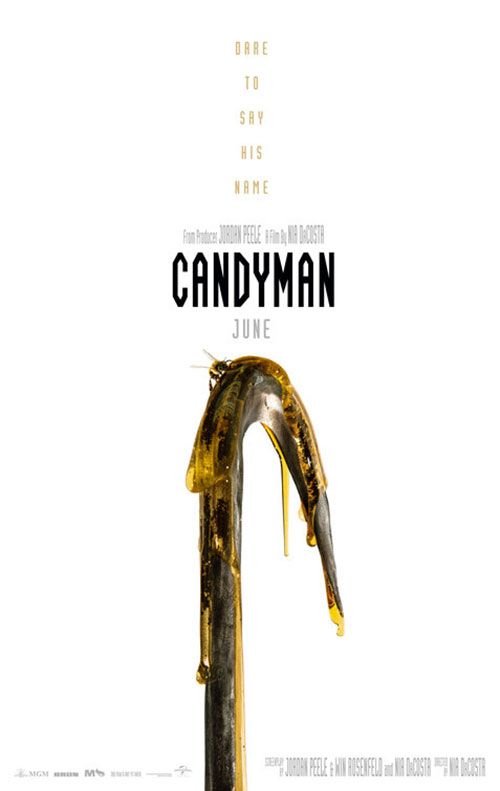