From Unhinged to The Baby-Sitter's Club, See This Week's New Trailers and Posters

Hollywood delivered lots of intensity this week. We took a look inside the complex minds of Shirley Jackson, Betty Broderick and Michelle McNamara, whose obsession led to the discovery of the Golden State Killer. Then we saw Russell Crowe reprise the role of an enraged maniac, although this time in a movie.

We explored a dystopian universe where a global disaster wiped out a chunk of the population, leaving the survivors to fight a class war. And it wasn't even cable news. We got a glimpse at the new season of The Twilight Zone, and it made me wonder—are we stuck in a Groundhog Day episode?

It wasn't all dark and intense. There was a red band trailer for an animated series showing some grown-up behaviors that I've never witnessed in anything not rated X. Don't worry, there was some wholesome fun, too. Kids of the '90s all over the world rejoiced when the teaser for The Babysitter's Club returned. The nostalgia for normalcy runs deep right now.

Get ready folks, we've got another exciting week of entertainment marketing work for ya. Here are some of the notable trailers and posters released this week.

The trailer for Unhinged roars with intensity. The story follows Russell Crowe as a road-raged maniac determined to show a mother who honks at him what a bad day really is. As for the trailer, the sound design and music steal the spotlight with a version of Nirvana's "Heart-Shaped Box." The poster design frighteningly reminds us, "He can happen to anyone." See Unhinged this July. 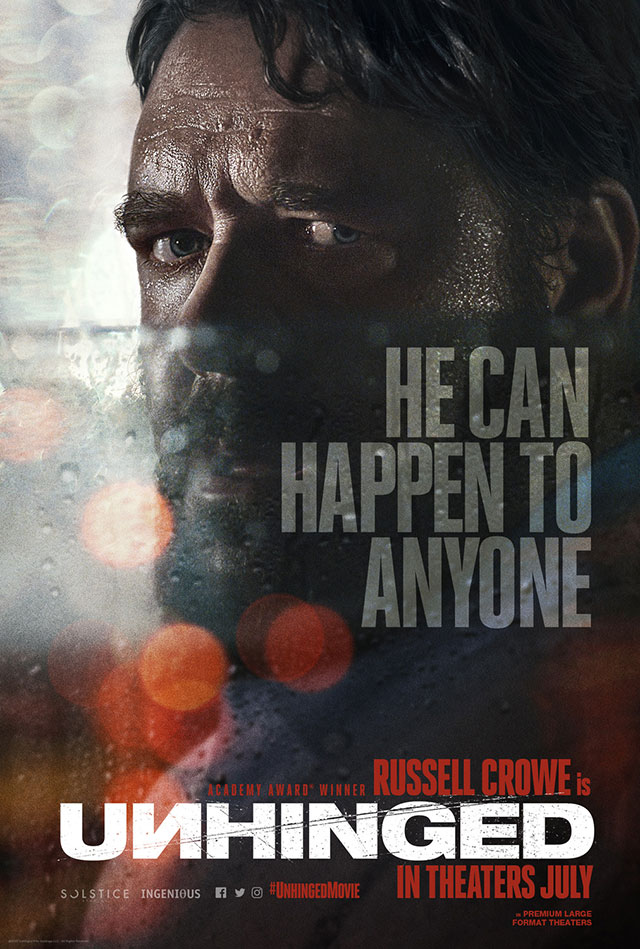 I'll Be Gone in the Dark

Those like myself who are obsessed with true crime are in for a special treat with HBO's new docuseries, which takes a look at a lesser-known serial killer, the Golden State Killer. I'll Be Gone in the Dark, based on the best-selling book by the late Michelle McNamara, is a look into findings and her own obsession with the case. The trailer is suspenseful and masterfully crafted—combining real footage, interviews and photographs into a thrilling look at the man behind the murders and the woman who led the investigation. Go inside the case on June 28.

Famed horror writer Shirley Jackson is getting star treatment in the new biopic Shirley, starring Elisabeth Moss as the title character. The trailer is haunting; the tension mounts with every cut, while the eerie music sets the mood. The poster design is especially striking, highlighting the dark and shadowed mind that brought us many horror classics. Go inside the world of Shirley on June 5. 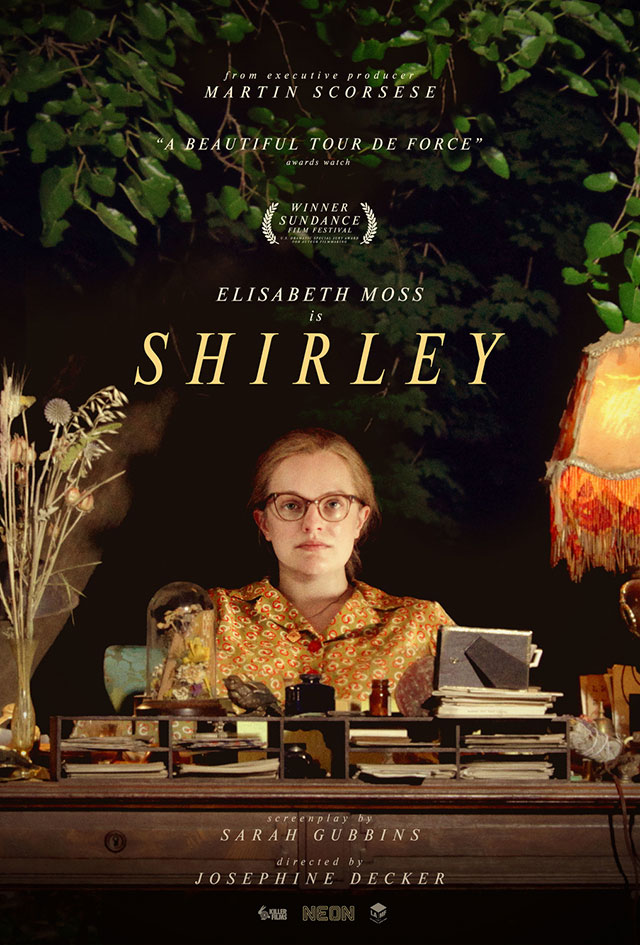 With all the craziness in the world right now, it's not hard to imagine the second coming of the Ice Age. That's the plot for the new TNT series Snowpiercer, based on the graphic novel and 2013 film, which shows the social class destruction in this dystopian universe. The trailer is visually stunning, and the sound design will keep your attention from start to finish. The poster design is remarkable as well. The frozen texture overlaying the juxtaposition of these two figures representing the separation of class, while the train itself divides them, is crafted to perfection. Snowpiercer premieres May 17. 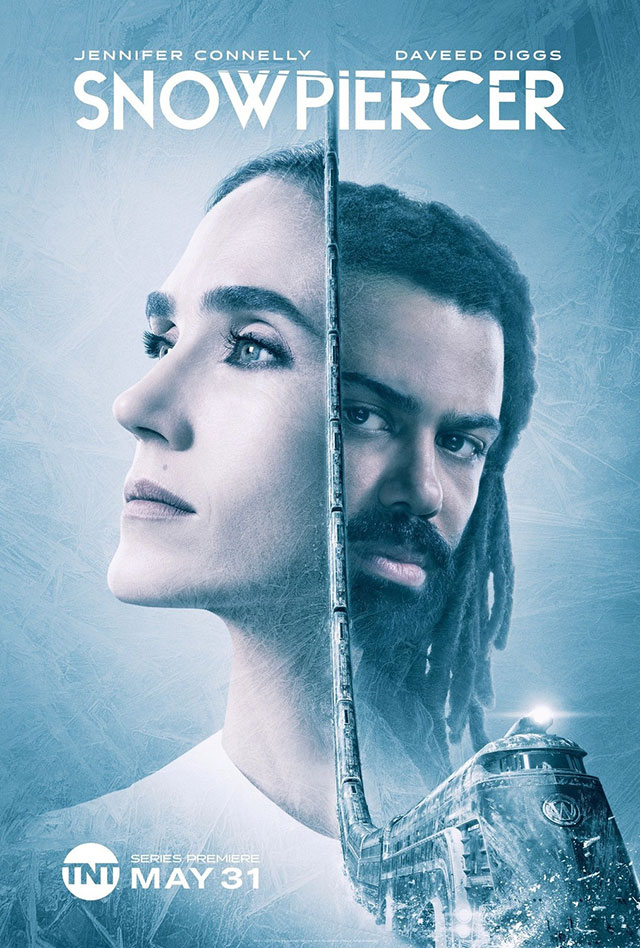 Fitting in isn't easy, especially if you're from outer space. The red band trailer for Solar Opposites, the new animated adult series from Hulu, shows just how adult this show is. The trailer is raunchy and humorous. The poster design is witty and highlights the theme that your own family may be a bit more normal than you think. Solar Opposites is now streaming. 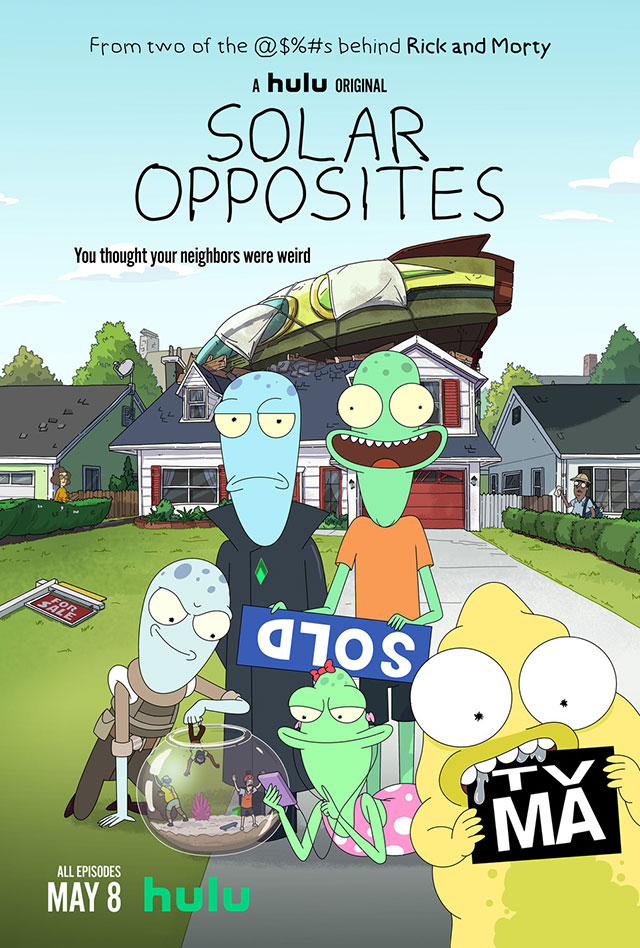 The creep factor is high in the trailer for Season 2 of The Twilight Zone. More stars, more peculiar stories, and more masterful ideas from the mind of Jordan Peele. The trailer is a brilliant blend of oddities, and the two musical choices, one being the famous Twilight Zone theme, only adds to the harrowing tone of the piece. Check out the Season 2 poster, which invites you to escape reality for a bit. I appreciate the normalcy surrounding the portal to another world. The Twilight Zone returns June 25. 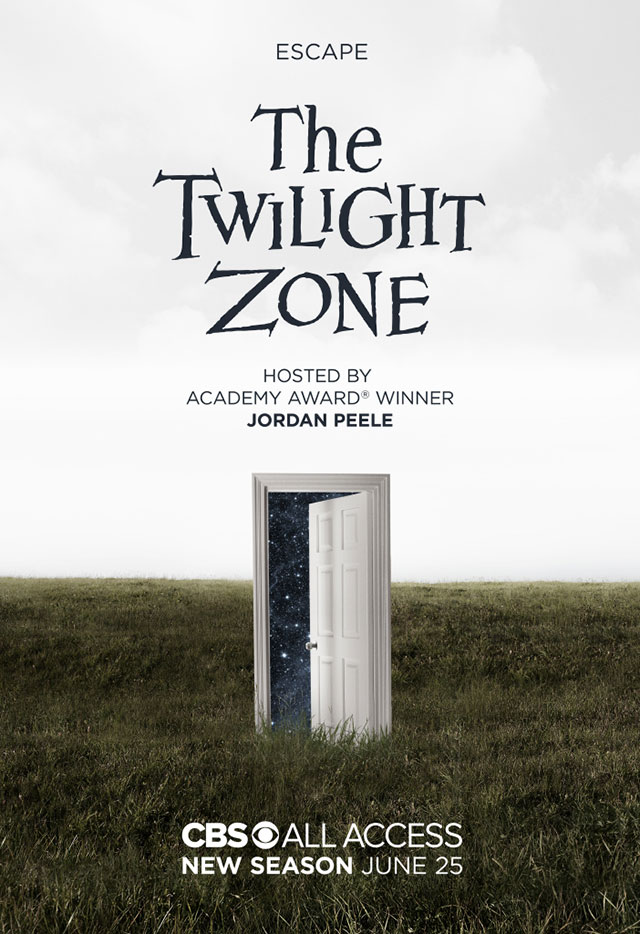 Check out the teaser that has '90s kids jumping for joy. The Baby-Sitters Club, based on the bestselling book series, is back and ready for a new generation. This special-shoot is clever in revealing that while the calendar year may have changed, there are aspects of growing up that are timeless across generations. The Baby-Sitters Club returns July 3.