Trailers of the Week: A Friend of the Family, Strange World, and More

Plus, a new musical film based on Whitney Houston

Here are some trailers that caught our attention this week…

A Friend of the Family

This is a drama miniseries based on the life events of actress Jan Broberg, who's famous for being kidnapped as a child by a family friend. The trailer reveals a friendship gone wrong in the '70s that impacts a family for a lifetime. A Friend of the Family will be streaming Oct. 6.

Mr. Harrigan's Phone is a horror film based on Stephen King's novella of the same name. The trailer shows legend Donald Sutherland and Jaeden Martell (It, Knives Out, Defending Jacob) bringing to life another of King's captivating mysteries. Mr. Harrigan's Phone will be streaming Oct. 5.

I Wanna Dance With Somebody

I Wanna Dance With Somebody is a musical film based on American pop icon Whitney Houston. The trailer highlights Houston's incredible life story intertwined with her hit songs that inspired millions to dance with somebody. The film will be in theaters on Dec. 21.

Rosaline is a comedy film based on Rebecca Serle's novel When You Were Mine, which is based on Shakespeare's Romeo and Juliet. The trailer shows a comedic version told by Romeo's ex-girlfriend, played by rising star Kaitlyn Dever (Unbelievable, Dopesick, Booksmart). Rosaline will be streaming Oct. 14. 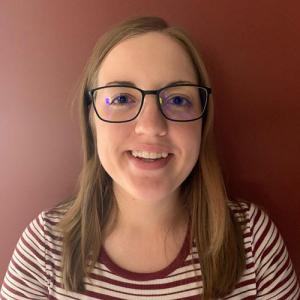 Olivia M. Miller
Olivia M. Miller is a journalist and filmmaker who's passionately prepared to tell your story. Olivia has experience across the country, researching, interviewing, shooting, writing, editing and marketing stories for various companies. She graduated from Loyola University Chicago in 2021 with a bachelor's degree in multimedia journalism.
More from Olivia M. Miller