From Them to Tina, See This Week's New Trailers and Posters

Plus, HBO's look back at the world of sports during Covid

For a lot of people, it has now officially been a year since they last stepped inside a movie theater. And although we are still dreaming of the day we can watch these trailers on the big screen while dipping our hands into a big bucket of buttery popcorn, it does seem like that day may be inching closer. There's hope in the air! But in the meantime, we are just thankful that even with movie theaters closed down, we've still had access to fantastic entertainment.

This week in entertainment marketing highlights some of that excellent escapism that has gotten us through these past 12 months and will continue to do so as we slowly emerge from our homes. There's really something here for all, for those who get their scares from the supernatural or those who are scared enough just by reflecting on the past 12 months. There's action and crime, too, and well, Tina Turner can make just about anyone feel there's a light at the end of this tunnel. Take a look at this week's notable trailers and posters:

Them is a new limited horror anthology series produced by Lena Waithe for Amazon Prime. This first season, Covenant, follows a Black family who move to Los Angeles in the 1950s as part of the Great Migration. But as this extremely creepy trailer exemplifies, things are not as they seem, and soon the family finds themselves enveloped in terror. The piece starts out innocently enough with a trailerized version of Dusty Springfield's "The Windmills of Your Mind" highlighting the happy family and the '50s vibes, but it slowly builds into a terrifying showcase of horrors that lets us know this series is not for the faint of heart when it premieres April 9.

The latest sports documentary from HBO examines the tumultuous past 12 months in the world of sports. Weaving together footage, interviews and stills, the piece creates a powerful reflection on what this past year has brought to the world of professional sports. Nice storytelling and pacing help to retell and reflect on the journey of this past year, from the pandemic to the racial reckoning in the wake of Geroge Floyd's killing. An inspiring music cue adds extra gravitas to the piece. The documentary will premiere March 24.

Lupin is a French crime series that has recently become a major hit on Netflix, and they've now released a teaser for Season 2. The teaser is a stirring and fast-paced look at Lupin's continued journey to seek revenge for his father's death. Exhilarating editorial with some great rhythmic moments and a signature Lupin trick move to close it all out make for an excellent tease to part two of this intriguing tale. Lupin returns this summer.

In a unique first-look piece, we see the stunning animation work of comic book artist and Jupiter's Legacy original illustrator Frank Quitely come to life in Netflix's new live-action adaptation. The piece serves as an original way to present first-look images of the cast in a manner that honors the story's legacy and artistry. It also gets us excited for the future marketing to come in this campaign because it's clear it's going to be a cool one. Jupiter's Legacy comes to Netflix on May 7.

The new action-packed trailer for Vanquish is an epic thrill ride. Using a pulsating dubstep-inspired track, the piece takes us through one crazy night of adventure. The task is simple: five stops, one courier, and tons of action. The trailer eventually segues into a driving drum track with wailing vocals, promising us action all the way through. Vanquish will be on-demand on April 23.

The full trailer for HBO's upcoming documentary on the life of Tina Turner is here and follows in the teaser's footsteps of creating a powerful snapshot of Tina's incredible life journey. A combination of excellent editorial of archival footage and interviews, and of course, Tina's music help chart her personal and professional life while still leaving much to be explored when the documentary premieres. Our leading lady is found blowing us a kiss on the simple but effective poster. Tina comes to HBO on March 27. 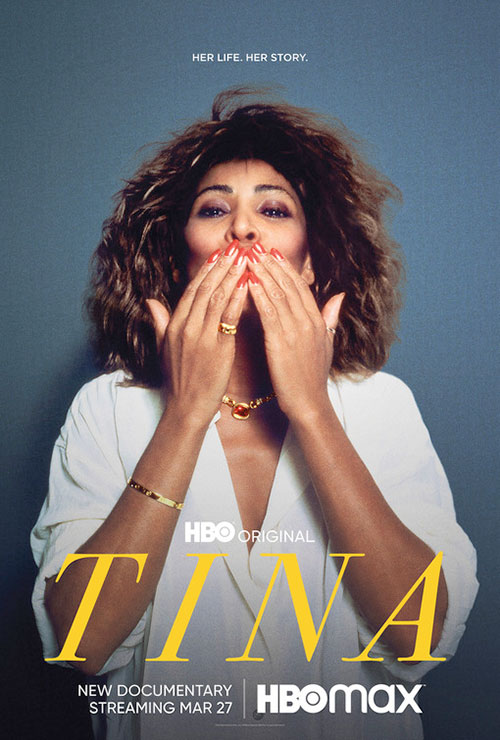