Steve Schapiro and Me

Private Benjamin and the beginnings of a wonderful key art collaboration 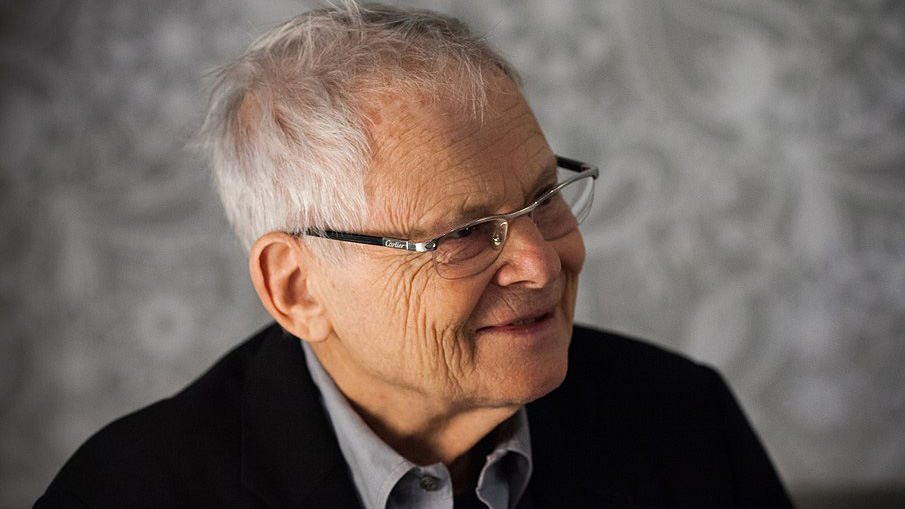 A few weeks ago, famed photographer Steve Schapiro passed away at age 87. Schapiro had an illustrious career, capturing key moments from the civil rights movement before moving into on-set film photography. Many of those images ended up on some of the most iconic movie posters of all time—including a few that made our recent list of 50 Movie Posters That Changed Entertainment Marketing.

When Schapiro met Tony Seiniger, the legendary movie poster designer, it led to a  decades-long creative partnership and friendship. We asked Tony to write a few words about Steve as we remember his incredible impact on the entertainment marketing industry.

My first contact with Steve was not in person, but through one of his contact sheets (yes, the pun is intended). I was assigned the film Private Benjamin in 1980 by Joel Wayne, who was a senior vice  president in the Warner Bros. marketing department.

Since the film had already been shot, we had to rely on the unit photography and any special shoots that may have occurred during production. I was in the photo department at Warner's, going through the unit, when Mort Lichter, the head of the department, said I should look at the special shoot that Steve Schapiro had done.

Steve hadn't shot a lot of material, but one contact sheet had a series of black-and-white headshots of Goldie Hawn, soaking wet with her makeup running down her face. I found the perfect frame, and the rest is movie poster history.

Since the photo was black-and-white, I hired a fellow named Larry DuPont, who was brilliant at hand-tinting monochromatic photographs. We made a full-size comp using the color-tinted Schapiro photo. 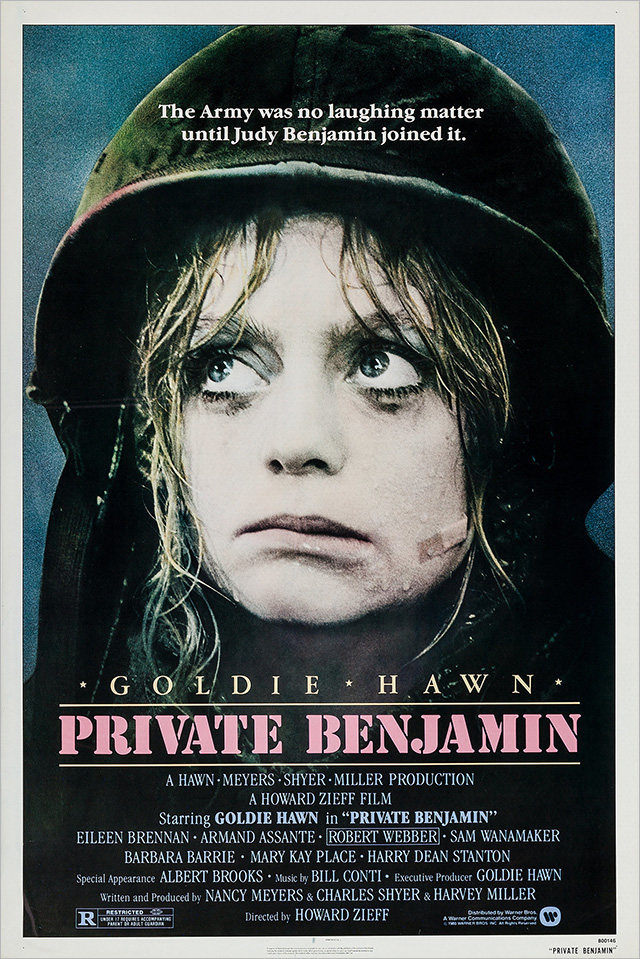 Joel Wayne tells what happened after I presented the comp to him.

"This wonderful poster almost never saw the light of day. All of us in the marketing department at Warner Bros. loved this concept from Seiniger Advertising from the moment we first saw it. But the top management at the studio didn't agree. Bob Daly and Terry Semel, who were the co-chairmen at the time, hated the poster comp.

They couldn't understand why we wanted to show Goldie in such an unflattering way. They wanted a poster that showed her as the glamorous and adorable movie star she had become.

But the movie star didn't agree. She marched into my office, grabbed the poster comp, and promptly headed over to see Bob Daly. I believe she threatened to never make another movie at Warner Bros. if the comp didn't become the finished poster.

Goldie Hawn went on to make seven more films at Warner Bros., and her relationship with those of us in the marketing department continued to produce very effective advertising and publicity campaigns."

That poster was so successful, I decided I had to meet Steve in person to thank him for capturing such a wonderful image. We shared stories of our growing up in New York, Steve's experiences in photographing the civil rights movement, and his history with the groundbreaking artists of the Pop Art phenomenon.

We began to work together, usually shooting in the wonderful house in Coldwater Canyon that he shared with his lovely wife Maura and his young son Smith, now called Theophilus.

Our collaboration produced some wonderful posters, like the iconic image for Ferris Bueller's Day Off. Then there was Three Amigos, Planes Trains and Automobiles, Who's Harry Crumb?, Red Heat, Back to School, Housesitter and My Blue Heaven. I know I'm probably forgetting a few, but those are the ones that quickly come to this old brain.

Steve was always incredibly cooperative and enthusiastic. I am blessed to have known him so well, and to have done so much good work together. 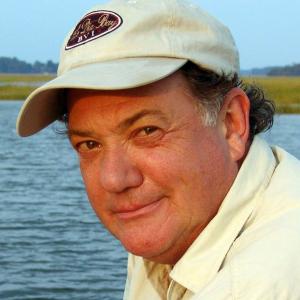