From Soul to Heartstrings, See This Week's New Trailers and Posters

Plus, the magical marketing of Fox Searchlight's Wendy

It was a magical week in Hollywood. And that's being modest. There was romance, action and a whole lot of imagination.

Seriously. We played with The Lost Boys in Neverland. We sat in on a private conversation among two Popes. We saw an invisible man in action.

Then we went deeper inside ourselves in an unexpected way—past our emotions and straight to the soul—as imagined by the brilliant minds at Pixar. That was before we reentered the dark and twisted world of Ebenezer Scrooge. Later, we fell in and out of love and marveled at the ability of photographs to capture life's beauty. As if we hadn't been spoiled enough, we even got a taste of noir!

It wouldn't be Hollywood without some star power. I mean, who's not watching everything Will Smith and Martin Lawrence are putting out for Bad Boys right now? Did you see the Bad Boys meet Coming to America 2 cast post? Social media gold. Even in the age of social, Will Smith is still the freshest prince.

You can’t put @BadBoys 3 next to Coming to America 2 at @TylerPerryStudios and expect us to get ANY work done :-) 📹: @westbrook @cristopherschafer

Last and certainly not least, there was Dolly. Have you asked yourself today, WWDD? She'd tell you to go out there and sparkle and shine—and catch up on the trailers and posters released this week. Happy Friday, y'all.

The trailer for Soul is just as imaginative and wonderful as you'd hope it to be. First, these visuals reach a new level of realness. The views of the New York skyline almost perfectly mimic reality. The trailer lures you in with its visual beauty and then offers a story we can tell, with only the slightest taste, is going to be awe-inspiring. Soul opens in 2020. 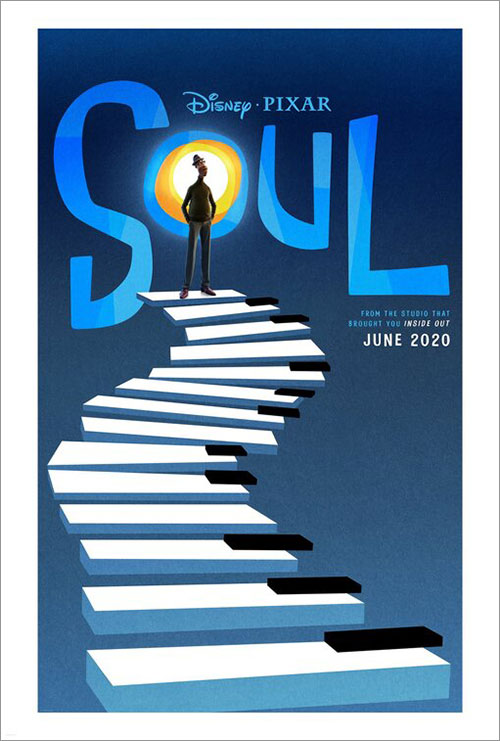 Love is in the air. The trailer for The Photograph beautifully captures the trials and tribulations of love and the balance of maintaining your identity in a romantic relationship. The score is simple, yet lovely—not too overbearing for a casual date. The editing lingers just long enough to get a flavor of emotion from each scene before carrying along the story arc—just like a photobook. Fittingly, the key art reminds us a photograph is worth a thousand words. See The Photograph this Valentine's Day. 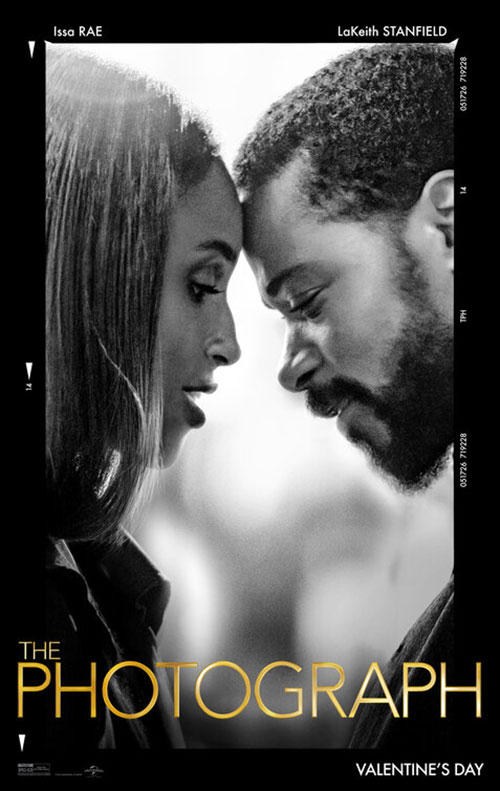 The trailer for The Two Popes is rather remarkable with its documentary feel. Combine the docu-style with the talents of Anthony Hopkins and Jonathan Pryce and you may need to remind yourself this is reenacted footage. Check out the cordial key art as well. The Two Popes come to Netflix on Dec. 20. 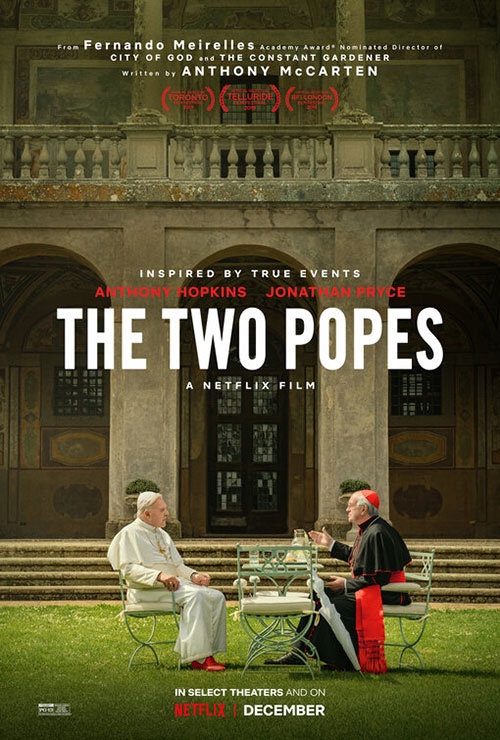 The trailer for Wendy, a reimagined telling of Peter Pan, is filled with magic. Every shot, cut and soundbite is beautifully crafted and woven to remarkable measures recreating the feeling of innocence. Every second is pure delight. Also, check out the breathtaking key art. It instantaneously drives your imagination wild. Wendy soars into theaters Feb. 28. 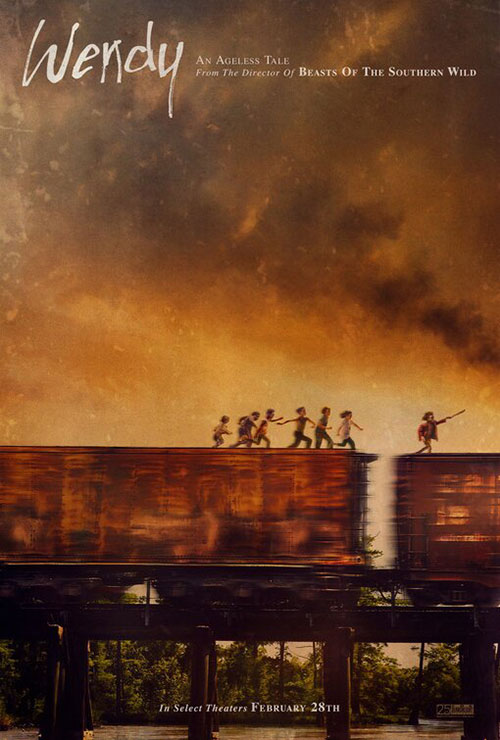 I'm impressed. Here's why. Aside from being a badass trailer, the new trailer for Bad Boys for Life uses the same format and the same music ("Bad Boys For Life," naturally) as the last trailer, but doesn't feel stale or unoriginal. It's fresh, action-packed, the editing pace is magnificent, and the wit is strong. Like the film itself, the formula works. What keeps it fresh is the masterful dedication to the craft. Also, check out the key art—so much pop culture on a single one-sheet. The Bad Boys return Jan. 17. 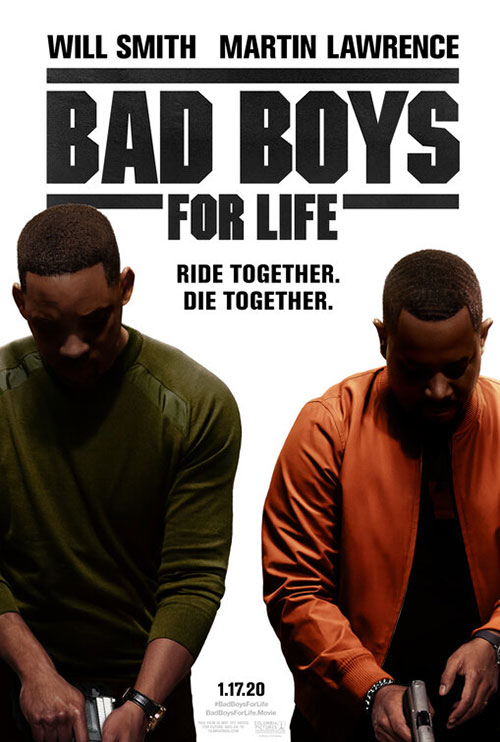 Brace yourself for The Invisible Man trailer. I mean, talk about a psychotic ex problem. Geez. The new film serves as a loose adaptation of the classic tale. Imagine the possibilities with today's technology. The trailer does just that, and it's frightful. Speaking of, check out the key art. I dig the darkness. Pretty eerie, eh? Witness The Invisible Man on Feb. 28. 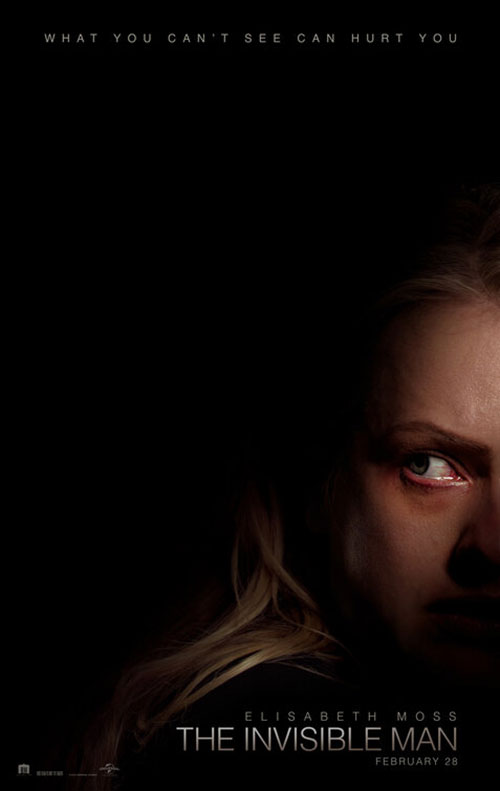 A Christmas Carol is coming to FX as a network original film. The trailer is dark and haunting with the shadowed scenes combined with a bellowing string score. The graphics and title treatment further compliment the tone and give a new life to this holiday favorite. A Christmas Carol comes to FX this December.

Hell hath no fury like a woman scorned. The trailer for Reprisal, an original Femme Fatale series, looks like the vigilante series television has been waiting for. The trailer is gruesome, clever and fast, and the musical choice is kickass. The key art is epically noir. Reprisal begins Dec. 6. 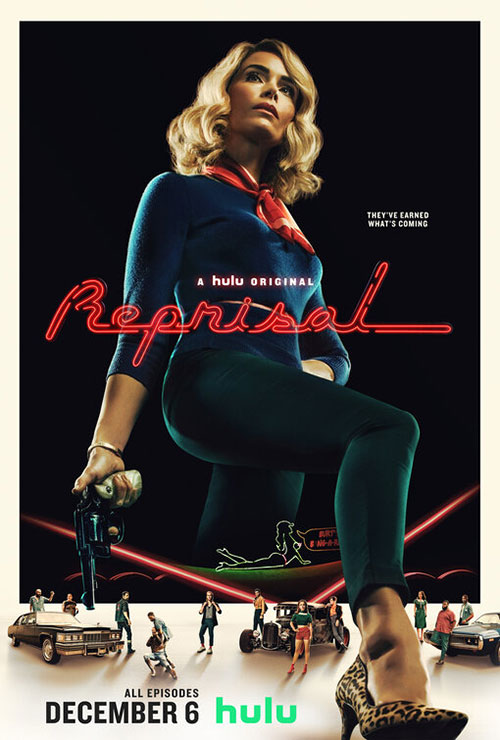 Thank the higher powers, Dolly Parton is returning to Netflix! The trailer for Heartstrings, Dolly's new anthology series, is as jovial as the songs inspiring the series. With an opening monologue from Dolly herself and a collection of her songs playing throughout—how could you not love this trailer? Tune into Heartstrings Nov. 22.