See the Creative Campaigns for All 8 Best Picture Oscar Nominees

Capturing the humanity in this year's top films

This year's Best Picture nominees are reflective of the times. They included stories about loss, justice and the blurred moral lines of revenge. Some were an ode to yesteryear, while others spoke to the need for social revolutions. A few examined the evolving look of the American Dream. They could be hard to watch at times, but the common thread among these Best Picture nominees was their ability to examine humanity. In this year, like no other, these films were reminders that we are connected through storytelling.

As we prepare for Sunday's show, we wanted to highlight the creatives who helped introduce us to these exceptional nominees. Take a look below at the fantastic trailers and posters for this year's Best Picture nominees.

The Father is a story centered around the heartbreaking realities of a father and daughter navigating dementia. Through the editorial, the trailer captures the distorted essence of the disease while adding a dimension of humanity with snippets of humor. The portrait-style poster, and its dark tones and exposed blemishes, reveal the realism of this story. 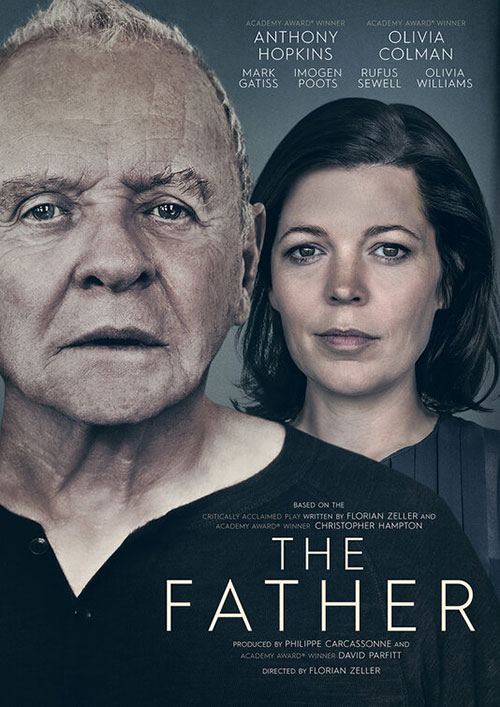 Judas and the Black Messiah

Judas and the Black Messiah details the assassination of Black Panther Party chairman Fred Hampton, and how the police formulated his betrayal. The trailer brilliantly blends dialogue, sound design and music to create exhilarating energy and an impactful emotional punch that keeps building over two minutes. The poster balances the two sides of this story, the hope and the devastation, with the purposeful profile shot of Daniel Kaluuya and the guilty cowering of Lakeith Stanfield. Then the red tint foreshadowing the bloodshed mixed with the inspiring line of copy. 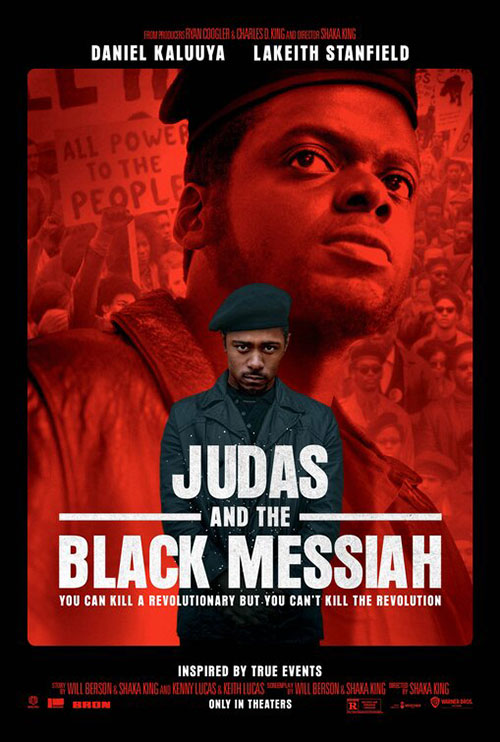 The teaser trailer for Mank, based on the story of Herman J. Mankiewicz, the legendary screenwriter of Citizen Kane, is a cinephile's dream come true. It channels the style of classic Hollywood with its throwback rating card, vintage graphics and noir-style title treatment. Plus, the film is shot in black and white. To top it off, Netflix even updated its logo to mimic the RKO logo. The poster, also in black and white, is a garbled look at the circus-like world of classic Hollywood. 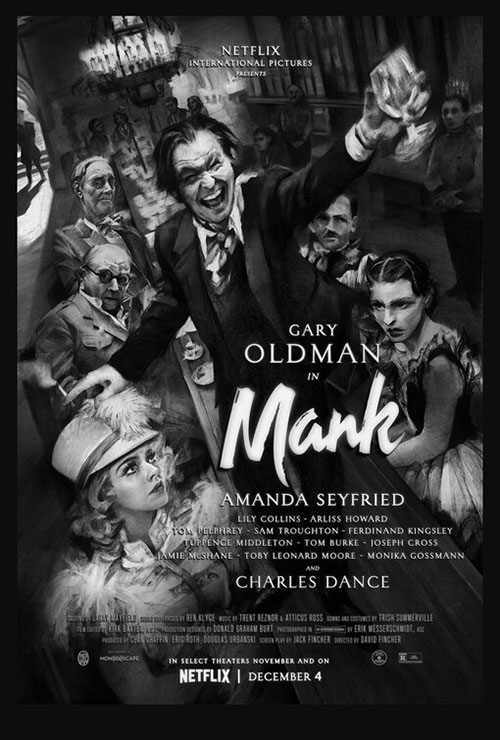 Minari is the story of a Korean family who relocates to an Arkansas farm searching for the American Dream. The trailer is beautifully crafted through editing and expository dialogue to tug at your heartstrings as it sympathizes with the family's struggles. The cue sets the emotional tone, making every second feel poetic. The poster captures the nature of the story through photography and mise en scène. 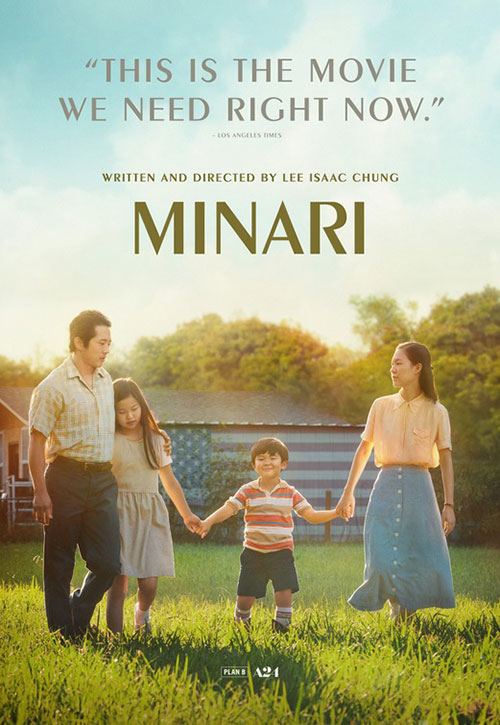 Nomadland stars Frances McDormand as a modern-day nomad. This trailer highlights the film's celebrated festival performance and gives us a look at this moving tale. Cat Clifford's "Drifting Away" adds to the folksy facet, while the editorial captures the film's remarkable cinematography. The key art cleverly speaks to the on-the-road nature of this film. 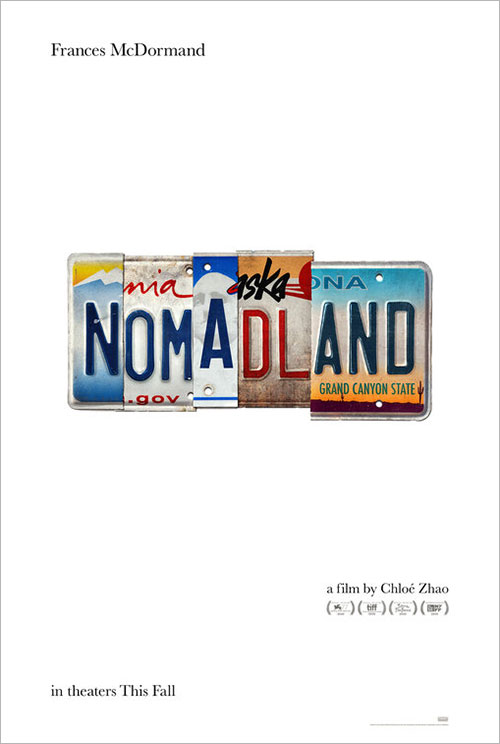 The trailer for Promising Young Woman is structured exquisitely around the cue, an instrumental version of Britney Spears' "Toxic." The story follows a med school dropout hell bent on teaching men a lesson about taking advantage of intoxicated young women. The trailer is masterful in its editorial, highlighting the revenge aspect of the film while keeping the heart of the story hidden. The graphics are a lot of fun, too. The poster has a Rocky Horror Picture Show aesthetic, only with a darker and bloody twist. I also love the varying type and clever line of copy. 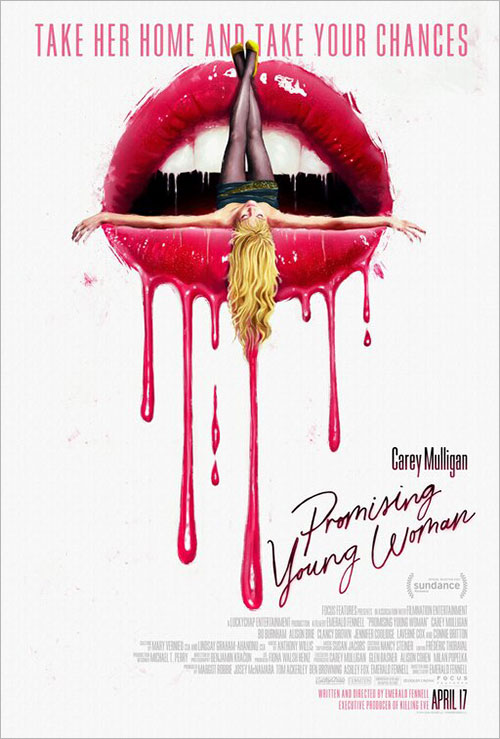 Sound of Metal is a story about a drummer who loses his hearing. The trailer is wisely structured around sound and, in some spots, the lack thereof. The drumming cue throughout offers a rhythmic steadiness to a story about having your world turned upside down. The editorial blends heartbreak and inspiration and nicely incorporates the film's critical acclaim without making it feel heavy-handed. The poster captures the dark tone of the unknown and the echoing sound of silence, while the copy emulates the heart of the story and the title font captures the boldness of the character. 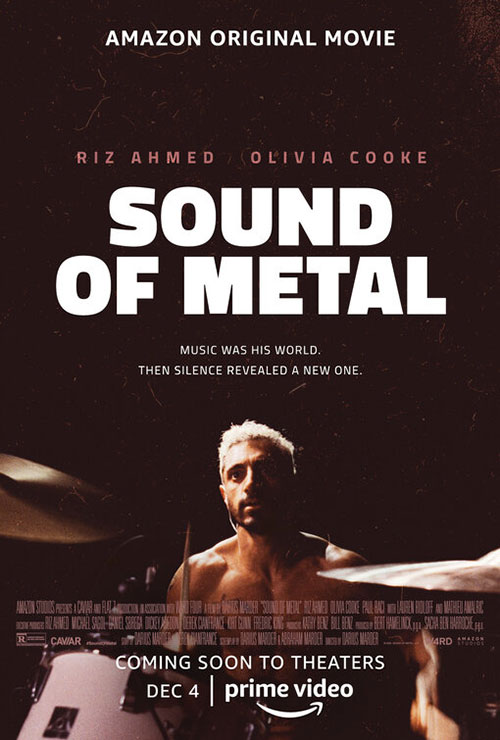 The Trial of the Chicago 7

When a peaceful protest at the 1968 Democratic Convention turned violent, the whole world was watching. This drama from Aaron Sorkin includes an incredible cast—Sacha Baron Cohen, Joseph Gordon-Levitt, Eddie Redmayne and Michael Keaton—and details the riots and the trial that followed. The powerful trailer unravels the narrative through a masterfully timed cue and exquisite sound design that keeps viewers on edge. The poster design demonstrates the subject matter and uniquely uses the space to showcase the largeness of the institution and the separation of the opposing parties. 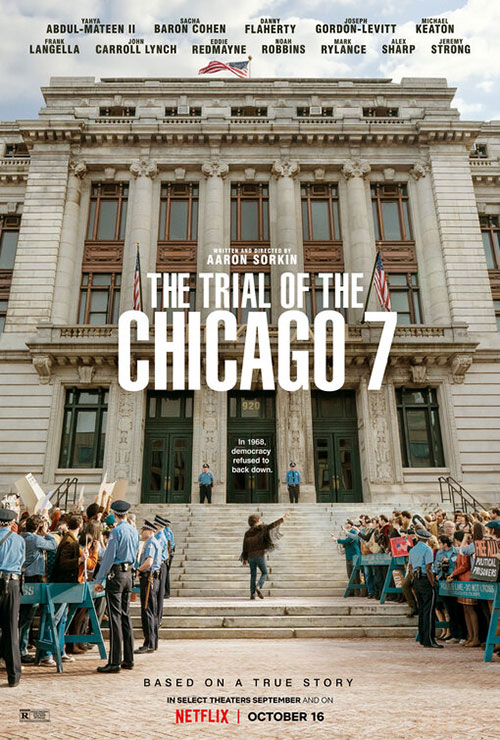