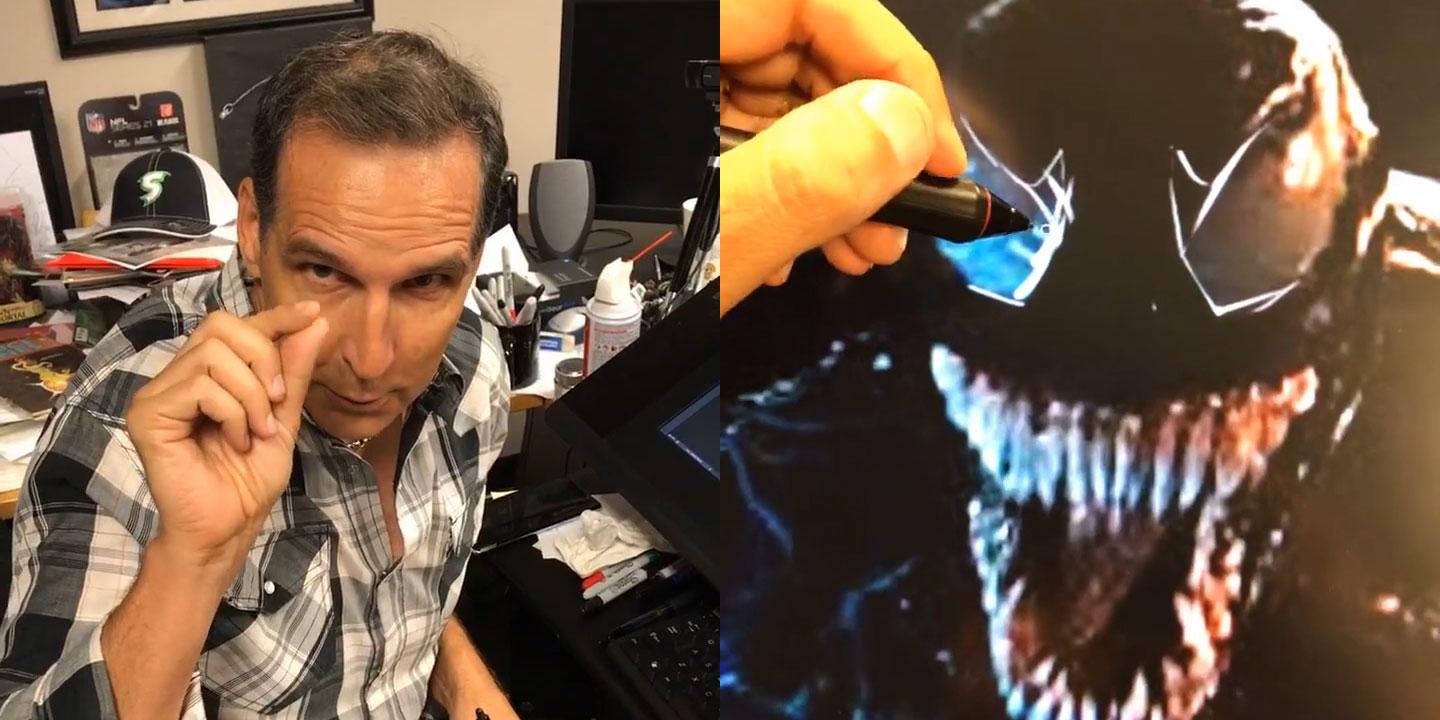 It's always great to see designers in action.

On Friday, famed comic-books artist Todd McFarlane gave us an interesting design critique of the movie version of Venom—the Marvel character and Spider-Man nemesis that McFarlane was the very first to draw back in the 1980s.

"For those folks who don't know ... I'm the CO-CREATOR of this dude!" McFarlane wrote in the caption of a Facebook Live video, in which he took a still image of Venom from the movie's latest trailer and tweaked it—showing how he would have designed the character's look.

It's an entertaining four minutes indeed. Click to play:

To be fair, McFarlane does seem to like the movie version quite a bit. Still, it's fun to see his tweaks, which actually (probably not surprisingly) make Venom look more like the original from the comics.

Obviously, McFarlane has been keenly interested in the Venom movie, which comes out Oct. 5. On Instagram, he posted one of his old drawings from the Amazing Spider-Man comic and explained how Spider-Man's look in the late '80s was what led to Venom's look.

"This is the page that CREATED Venom!!!" he wrote. "If I didn't like the #classic look of #spiderman so much, Venom would never have existed. Here's why ... When I took over the artwork for the Amazing Spider-Man comic artistically I wanted to draw #Spidey in his red & blue costume ... but he was wearing a black costume at the time. Marvel said they would bring back the 'classic' look in issue #300 if I joined the book (which I did on issue 298). Problem was ... what to do with the black costume. So I came up with the alien/monster look and we had a new villain that none of us knew would be such an important character for #Marvel."

In other amusing Venom news, Netflix (which has nothing to do with the movie—it's a Columbia/Marvel production, with Sony Pictures distributing) trolled the new Venom trailer by absurdly likening it to a Farmers Insurance ad.

Toward the end of the trailer, Venom blurts out his famous line "We are Venom." In the Netflix parody, this moment segues to a spoof ad designed to look like Farmers (whose tagline is "We are Farmers").