From On the Rocks to Death on the Nile, See This Week's New Trailers and Posters

Plus, Princess Diana comes to The Crown

Finally, 2020 brings good news. Sofia Coppola and Bill Murray have reunited, and this week we got a first look at their new film—and it looks splendid.

We also saw the trailer for Bad Hair, a horror-comedy about a killer weave. That's right, the weave gets a mind of its own, kind of like the 1980s classic The Hand, only this time with killer hair and intended laughter. Speaking of intended laughter, Pen15 is back and I don't think the awkwardness of middle school could be more brilliantly captured.

If you're a fan of mysteries, you're going to be roused by this week's work. We saw a disappearing commercial flight, a housewife who kidnaps her neighbor, and a full-scale whodunit mystery. And while we may not be able to do much traveling abroad in 2020, at least entertainment still gives us that option. We were romanced in Tokyo, embarked on a trip to Mars, and we crossed the pond to Buckingham Palace.

We ended the week with a much-needed reality check in the form of a documentary about voter suppression in America. Its arrival couldn't be more timely.

Lots to catch up on this week. Here are some of the latest trailers and posters.

Bill Murray and Rashida Jones are father and daughter in Sofia Coppola's latest film. When an overly suspicious father convinces his daughter that her husband may be doing more than just business on his work trips, they team up for a stakeout. The trailer is entertaining with cunning wit, upbeat music and the magnetism that only Murray can offer. The poster design's color palette, wallpaper drawings and unenthused expressions promise a Coppola delight. On the Rocks is coming soon. 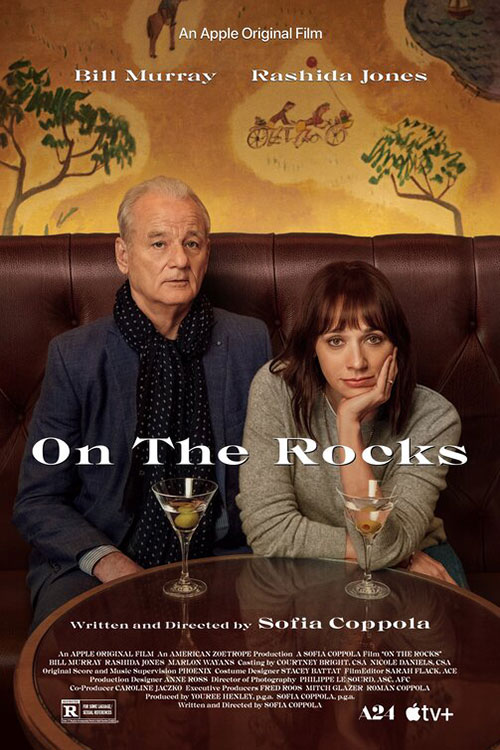 This horror-comedy follows a 1980s working girl whose attempt to fit into the image-obsessed world of music television turns nightmarish when her new weave gets a mind of its own. The trailer's score and sound mixing will make your heart pound, and juxtaposed with the quick cuts of tearing scalps and demonic eyes, it will leave your skin crawling. Kudos on the transforming credit graphics at the end, which adds a nice finishing touch. See Bad Hair on Oct. 23.

The Secrets We Keep

When a woman living in post-World War II America convinces herself that a neighbor was one of the soldiers who committed heinous acts against her, she kidnaps him and seeks revenge. The trailer does an excellent job of conjuring the inner turmoil of trauma and blurring the lines between truth and disillusionment. The poster outlines the story through imagery, but most notable are the different color gradients used across the layout. It portrays the different worlds, while also clouding reality. Uncover the secrets this fall. 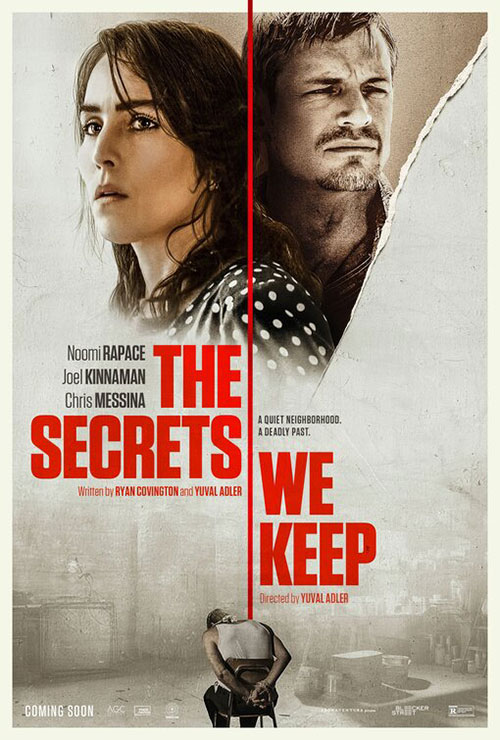 Meet Margaret, a foreigner teaching English at flight attendant school by day and romancing strangers in Toyko hotel rooms by night. The trailer shows the character's two conflicting worlds as well as her inner moral conflict. The music is enthralling and intensifies throughout. My favorite part is the exquisitely designed title card graphics. Check out the striking poster as well. The close-up photography shows the complexity of the character, and the different lighting techniques give insight into her two opposing worlds. See Lost Girls & Love Hotels on Sept. 18. 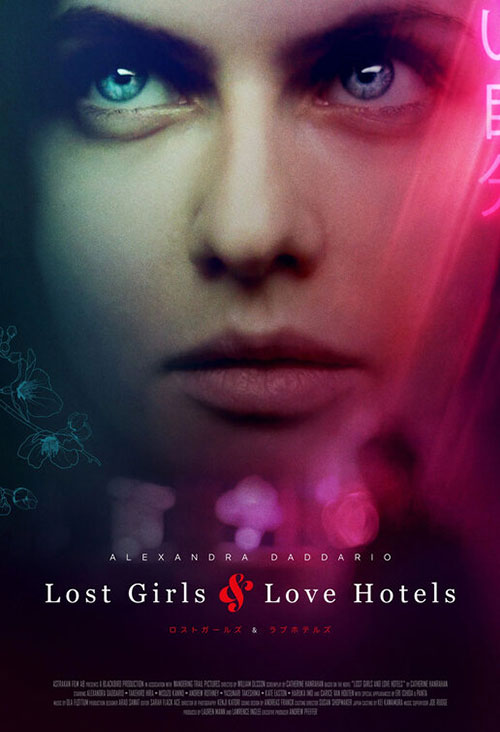 Imagine leaving your family behind for three years to fulfill your life dream of being on the first mission to Mars. Needless to say, the trailer for Away pulls at all the heartstrings. The music, editing and the acting chops of Hilary Swank work together to create two minutes of inspiration, heartache and out-of-this-world storytelling. Away launches Sept. 4.

Pen15 is back for Season 2, and it looks as hilarious as ever. The series depicts comedians Maya Erskine and Anna Konkle as middle school versions of themselves, and based on the trailer, things are only going to get more awkward in Season 2. The trailer is cut with wit, vibing music, and bold, fun graphics perfect for adolescence. Pen15 returns Sept. 18.

All In: The Fight for Democracy

The powerful trailer for All In: The Fight for Democracy addresses the topic of voter suppression in America. The trailer is informative and gripping in the way it combines interviews and historical footage, and the music will spike your adrenaline. This documentary couldn't be more timely and will be available on Sept. 18.

When a plane goes missing over the Atlantic, a renowned investigator is brought in to uncover the mystery behind the disappearance. The trailer explodes with intensity thanks to the music and sound mixing. Also, it's hard to get past the stunning nature of the title card graphics. Check out the poster as well, which has a nice use of color and introduces the leading characters, including the mysterious plane. Departure takes flight Sept. 17. 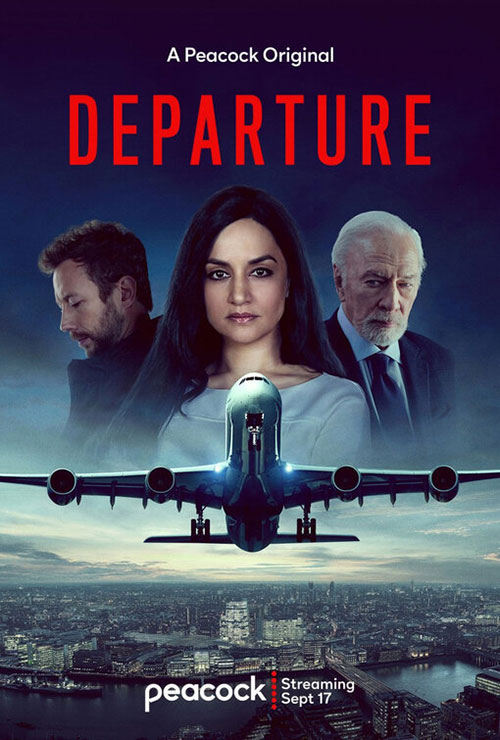 All hail The Crown's return! Netflix released a teaser for Season 4, and it's everything we've been waiting for. The teaser is just that—a quick tease, but it does show the arrival of two highly anticipated characters, Margaret Thatcher and Princess Diana. Cut and edited with supreme quality, the teaser is nothing shy of royal stature. The Crown returns Nov. 15.

Death on the Nile

Kenneth Branagh reprises the role of detective Hercule Poirot in Agatha Christie's Death on the Nile. Aside from the killer cast, the trailer has mystery, lust, marvelous sound mixing and Depeche Mode. The use of color in the enchanting poster design captures the essence of the setting. Find out whodunit Oct. 23. 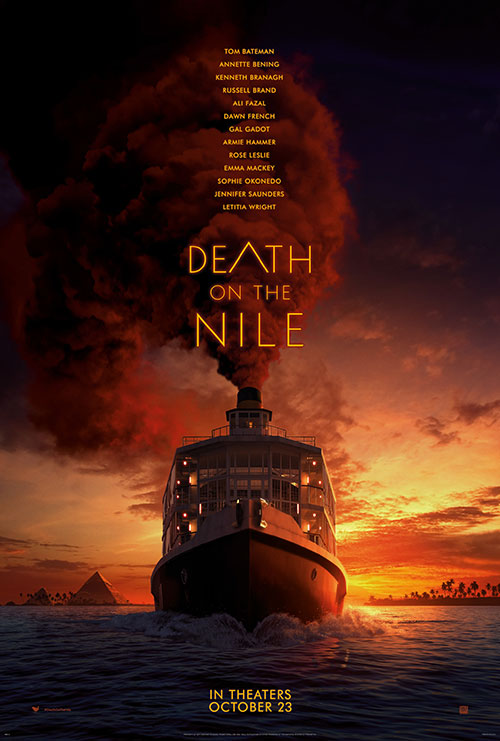