From Queen & Slim to Living With Yourself, See This Week's Trailers and Posters

Plus, more clues from the new Knives Out trailer

Hollywood was on fire this week. Grab a stump around the campfire and gather in, because lord do I have some tales for you.

Bonnie and Clyde are back and more relevant than ever. Ford is challenging Ferrari, and Matt Damon and Christian Bale are about to embark on the ultimate bromance. Then we entered an alternate America where superheroes and vigilantes have taken to wearing masks. They also seem to be kicking some immoral ass.

We got a few more clues about Knives Out and the murder mystery extravaganza it's about to unleash. Frankly, my dear, I'm more excited than Ms. Scarlett in the powder room with the red lipstick.

Ferris Bueller is once again back in high school, but you'll be surprised! Paul Rudd meets Paul Rudd. Someone needs to introduce Paul Rudd and Paul Rudd to Will Smith and Will Smith—so much laughter could come out of that.

Then to prove October is the best month, Nickelodeon called to order The Midnight Society. I told you there were a lot of tales this week. And with that, I now declare this meeting of the Midnight Society closed. Until next time … catch up on some of the trailers and posters released this week.

Wow. Catch your breath after this one. Queen & Slim looks like one of the most compelling films marketed this year. The trailer doesn't miss a beat. It will have your heart racing and your blood pumping. Two minutes of wow. Also, a shoutout to Gravillis Inc. on the killer key art. Their flawless knack for style prevails again. Go on the run with Queen & Slim this November. 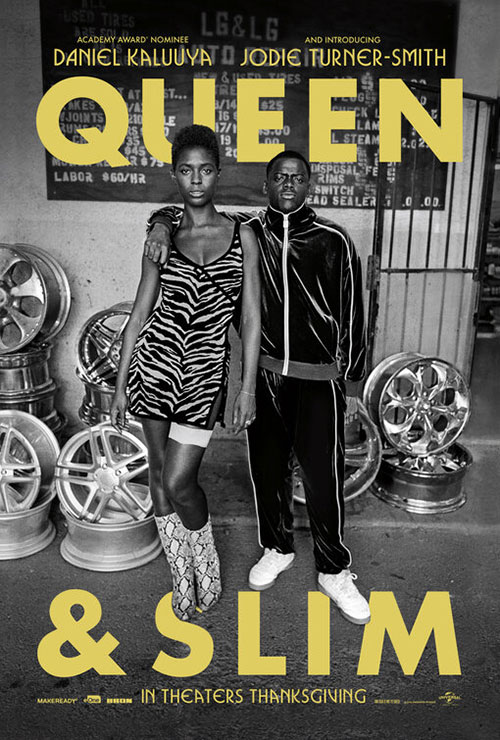 Are You Afraid of the Dark?

Nickelodeon had a wicked fun idea to reboot the '90s classic Are You Afraid of the Dark? and bring it back as a limited series just in time for Halloween. Thank you, Nickelodeon. The trailer for the reboot is spooky, fun and nostalgic. Check out the sharp key art as well. Nickelodeon can expect a big millennial turnout around the campfire Oct. 11 because us '90s kids are pumped. 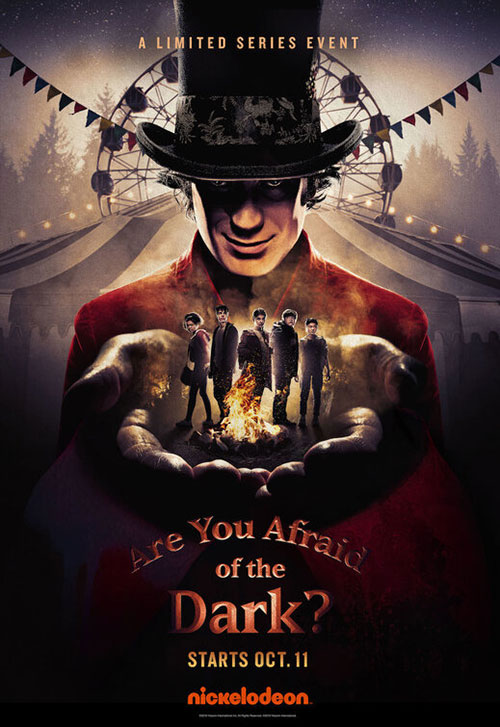 The new trailer for Ford v Ferrari just landed, and it is fueled with a captivating story. But let me tell you, the sound design is more on-point than the divine purr of a Shelby engine. It even corners like it's on rails into Greta Van Fleet's "Highway Tune." This trailer is fast, fun, and filled with rich character development. As is the new poster. Race into theaters Nov. 15. 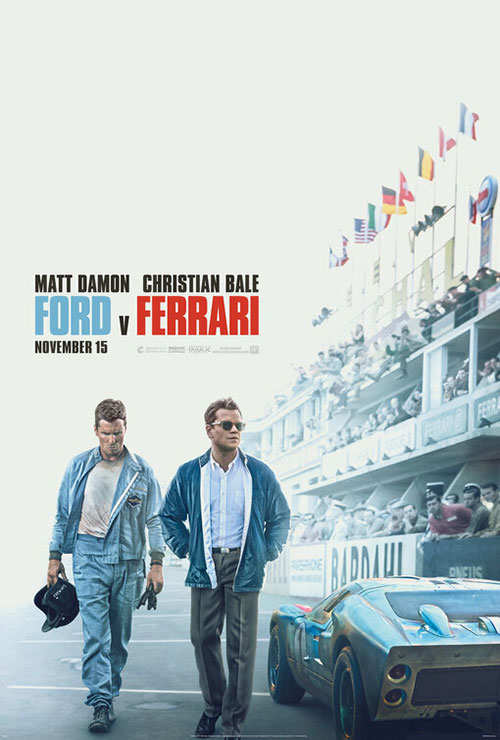 The new trailer for Watchmen will leave your skin tingling. What motivates a vigilante? Chaos. That's exactly what's served in every second of this fast-paced, eye-popping, nerve-ending two minutes of glorious pandemonium. Then there's the song. In case you're teetering on the line of losing yourself in this fantastical yet familiar world, Roy Orbison's "Running Scared" will send you over the edge. Everything begins Oct. 20. 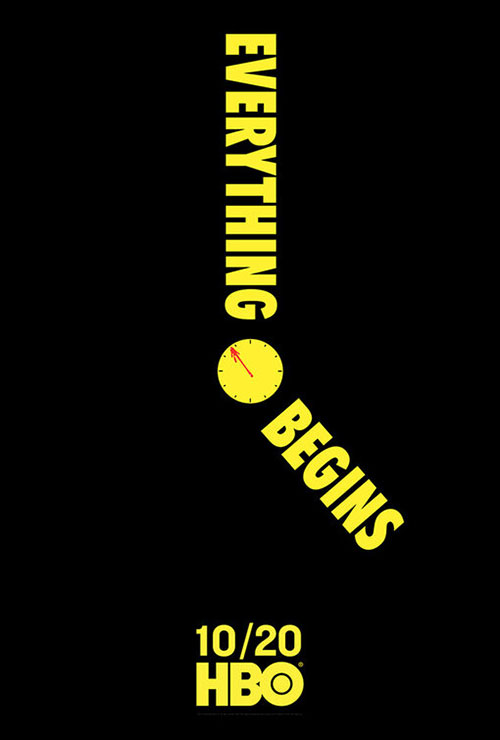 The new trailer for Knives Out is here, and we get a few more clues to the mystery. This whodunnit extravaganza from Rian Johnson looks like a thrilling mystery met with beautiful corkiness and camp, like a great whodunnit film should. Check out the pawky character campaign as well. Knives Out arrives just in time for Thanksgiving, on Nov. 27, to help audiences be grateful for their own family problems. 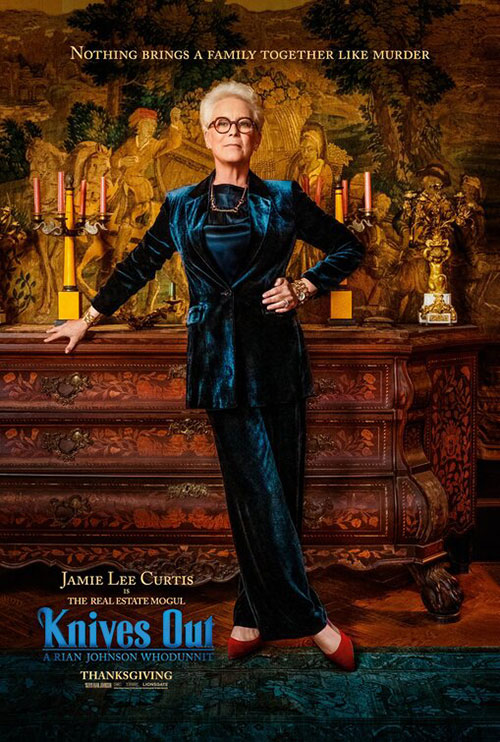 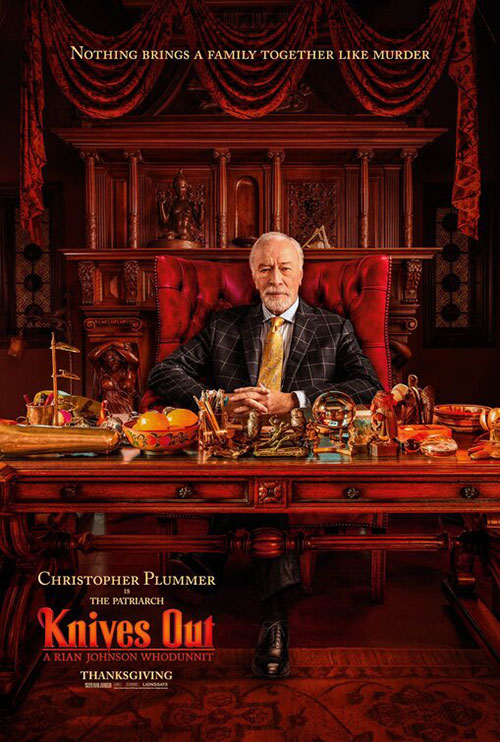 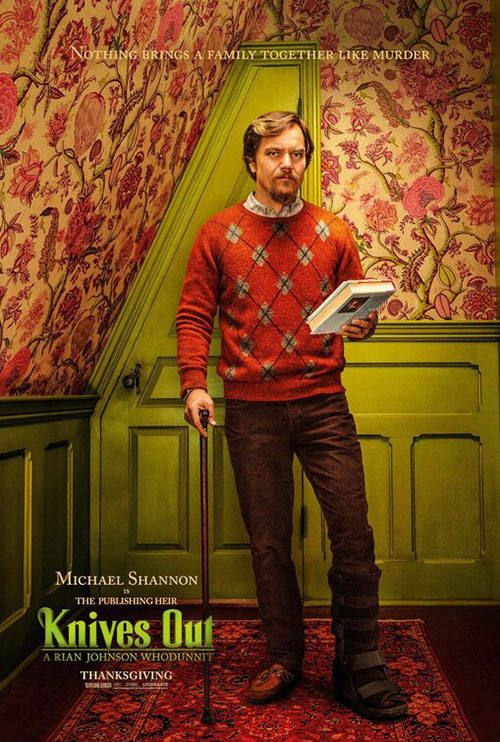 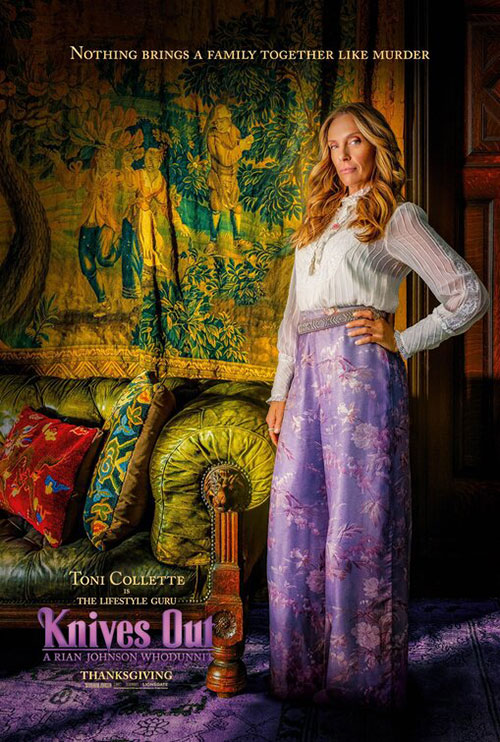 Matthew Broderick is going back to high school, again! Only this time it's during a zombie apocalypse. As one does in 2019. The trailer for Daybreak is fun and action-packed, but the real starring role is the sharp-witted voiceover blended with the ingenious juxtaposition of high school students to high school warriors. Prepare for Daybreak on Oct. 24.

Turns out the only person who doesn't like Paul Rudd, is himself. The trailer for Living With Yourself offers a little of everything—laughter, philosophical thought, romance, premeditated murder. Plus, double Paul Rudd. There is nothing more to want. Check out the key art as well, a poetic glimpse at the two sides to every story. Imagine Living With Yourself on Oct. 18.