It has the Château Frontenac hotel, for starters 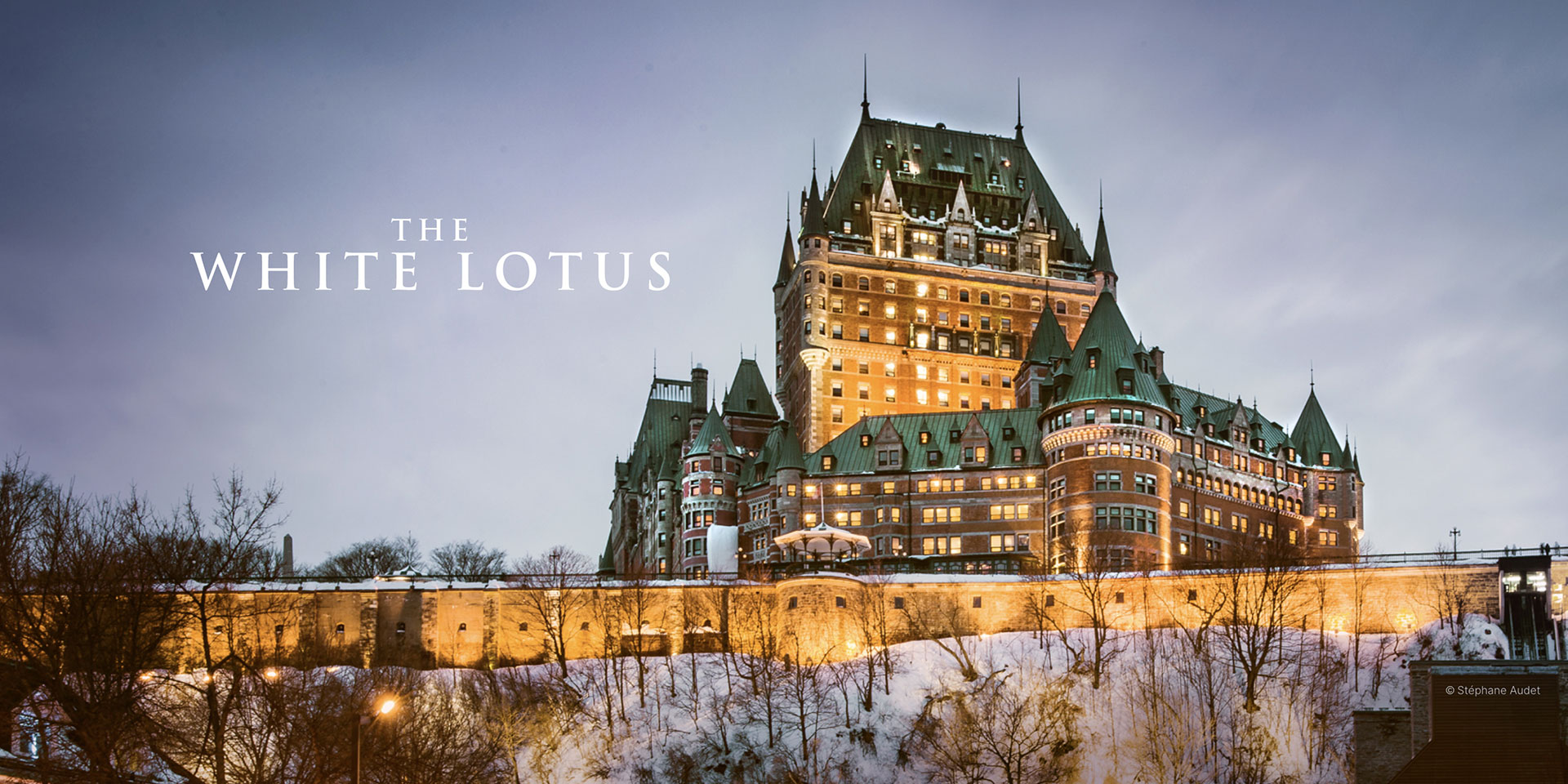 HBO's The White Lotus has had a remarkable IRL effect on tourism in the places where the show has been filmed. Both the Four Seasons Resort Maui at Wailea in Hawaii and the Four Seasons San Domenico Palace in Sicily enjoyed lavish attention in the media—and from travelers—in the wake of Seasons 1 and 2. (The teaser trailer for Season 2, in fact, was a fake tourism ad.)

Now, other destination marketers are naturally keen to host Season 3.

Chief among them is Québec City, which has put together a whole pitch package encouraging showrunner Mike White to consider the Canadian jewel on the Saint Lawrence River for next season. With help from agency lg2, Destination Québec cité (DQC) created the pitch in the style of a travel brochure, highlighting the city's charms—including its stunning Fairmont Le Château Frontenac hotel.

Click the thumbnails below to scroll through the brochure:

"Shows like The White Lotus can have a significant impact on a location," says Robert Mercure, general manager, Destination Québec cité. "For hours on end, fans will captively follow a story set in a charming destination and dream about taking a vacation there. The idea was to create a bid package, like major cities do for the Olympics, but for the next season of this hit HBO series."

HBO officially renewed The White Lotus for a third season back in November. Mike White hasn't said much about the possibilities for Season 3, though he did hint in the inside-the-episode featurette for the Season 2 finale that next season might take place in Asia.

"The first season kind of highlighted money, and then the second season is sex," White said. "I think the third season would be maybe a satirical and funny look at death and Eastern religion and spirituality. It feels like it could be a rich tapestry to do another round at White Lotus."