That Preview for 'Doctor Strange in the Multiverse of Madness'? It's a Tide Ad

Saatchi brings Tide to the MCU with help from David Harbour, Benedict Wong 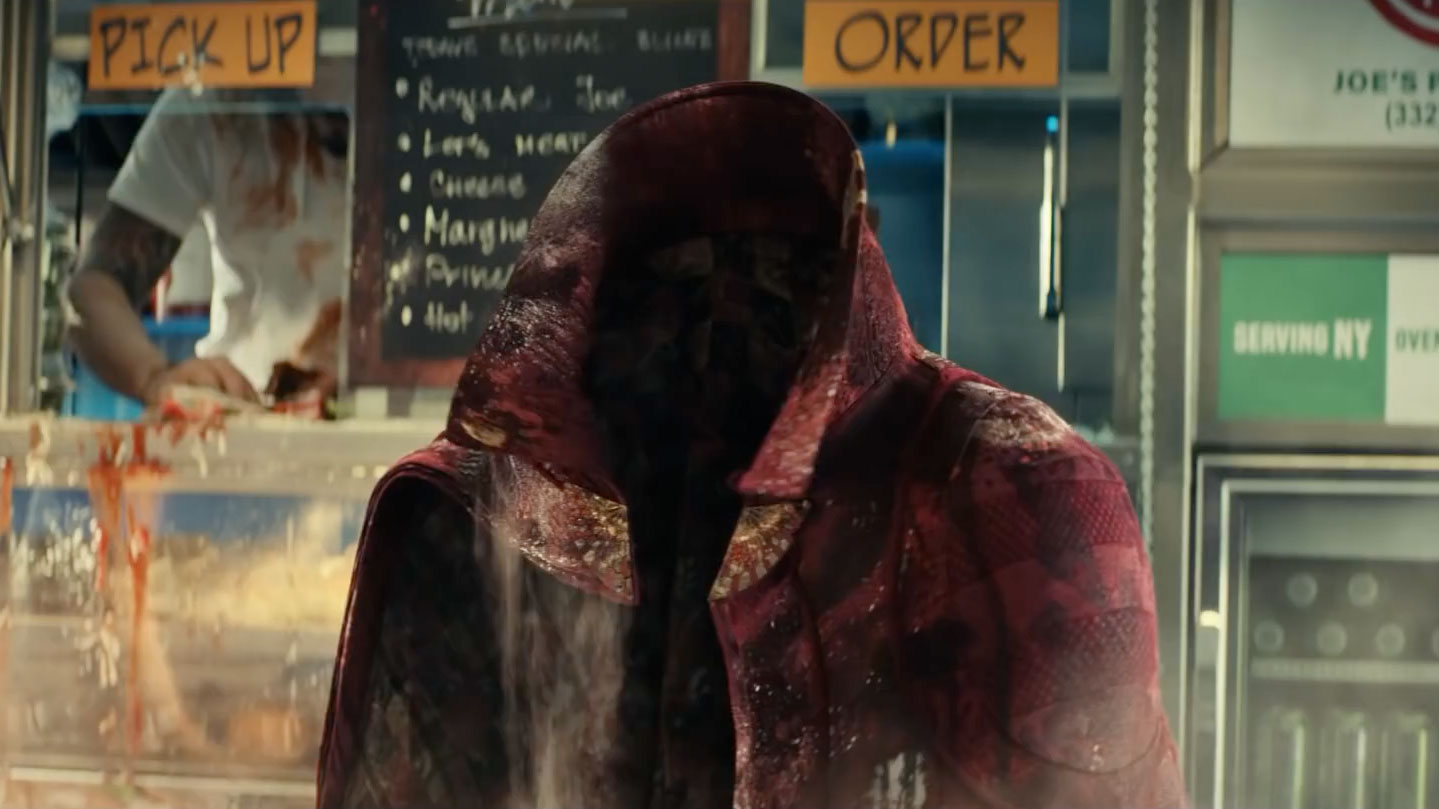 Following in the footsteps of Hyundai, Lexus and Xbox, Tide has joined the Marvel Cinematic Ad Univers with an appearance leading up to the May 6 premiere of Doctor Strange in the Multiverse of Madness.

It began with teaser ads on the Instagram pages of Benedict Wong and David Harbour—the latter already a member of both universes as a spokesman for Tide and Red Guardian in Black Widow. Standing in his laundry room, Harbour laments a jelly stain on his shirt. Behind him, a portal opens and his Tide Pods are stolen. "Strange," he says.

We hear Sorcerer Supreme Wong recite a spell in another ad, where a portal opens to a basement with a washer, dryer and Tide Pods.

Both led to a 60-second spot that Marvel fans will undoubtedly watch multiple times to find every hidden gem.

The spot below begins with Sorcerer Supreme Wong eating a tuna sandwich and staining the Cloak of Levitation. This harkens back to a scene in 2018's Avengers: Infinity War where Wong craved a tuna melt. Four years later, he finally got it.

Wong opens a portal to the washer/dryer but the cloak takes off to the NYC streets. Avoiding each portal Wong opens causes the cloak to get more dirty. Hot coffee and every ingredient inside a pizza truck covers the cloak. Joe's Pizza Parlor is a nod to Joe's Pizza from Spider-Man 2. The phone number inside the truck works—(332) 248-1244—and features an amusing message from Wong.

The cloak finally concedes to being washed, but not with liquid Tide. This leads to Wong opening that portal to swipe Harbour's Tide Pods. "If you're got to be sure, switch to Tide Pods."

Tide | Doctor Strange In The Multiverse Of Madness

Muse spoke with Saatchi's Jennifer Brotman and Daniel Lobatón about how the partnership came about, finding Easter eggs throughout the spot (like Doctor Strange's gloves in the laundry room), and building an ad around a reference from a 4-year-old movie.

(Still unknown: Since Sam Raimi directed Spider-Man 2 and Doctor Strange in the Multiverse of Madness, does the Joe's Pizza reference mean Tobey Maguire will make an appearance in the upcoming film?)

Muse: How did the Tide and MCU partnership come about?

Jennifer Brotman, SVP and group account director: We are always looking for the next way to intercept culture, and what better way than partnering with the biggest movie franchise? A few years ago, we had a conversation with Marvel and identified the Cloak of Levitation—we knew there was something there. But like any good Marvel or Tide story, we needed a great human insight. It wasn't until we were working on the Tide Pods brief that we came across the insight that "When a garment is borrowed, the stakes are higher." It all came together pretty quickly from there: If Wong stains Doctor Strange's cape, then he is going to need Tide Pods.

How did you come up with the idea to build upon Wong and the tuna sandwich?

Daniel Lobatón, co-president and chief creative officer: As Marvel fans, we wanted to bring in Marvel Easter eggs that would excite fans who know the in-depth storylines. As soon as we sat down to write the script, the first sentence that came to us was, "Open on Wong eating the tuna melt sandwich from Infinity War." It gave us a huge grin, so we knew it was right. The Marvel team was equally as excited and it started the whole conversation about how many Easter eggs we could add to the film.

Can you reveal some Easter Eggs?

Lobatón: You'll just have to watch and find them yourself, but let's just say the pizza truck and the laundry room are great places to start. And of course, the David Harbour post is the ultimate Marvel tease: Is he in the movie, or is this just another Tide ad?

Do you expect most viewers to understand the references, or is this truly a love letter to the MCU?

Lobatón: We think it works even if you don't know the reference, and if you do, it makes it that much better. It will get avid fans looking more closely to say what other Easter eggs are in here. But ultimately, this film is a huge love letter to fans.

Any challenges in creating the campaign?

Lobatón: There were a lot of nuances in getting the character of the Cloak right, and hard for the team to picture how the story would go until all the CGI was in there.