Once Upon a Deadpool's 'Second Coming' Poster Angers Mormons

Deadpool has built a whole brand around irreverence, provocation and general not-giving-a-shit. But it's always a little dicey when you wade into matters of religion.

A poster released this month for Once Upon a Deadpool, the PG-13 recut of Deadpool 2, depicting Deadpool as Jesus has come under fire from some Mormons, who say it's a tasteless spoof of Harry Anderson's 1969 painting "The Second Coming."

Compare the poster and the painting here: 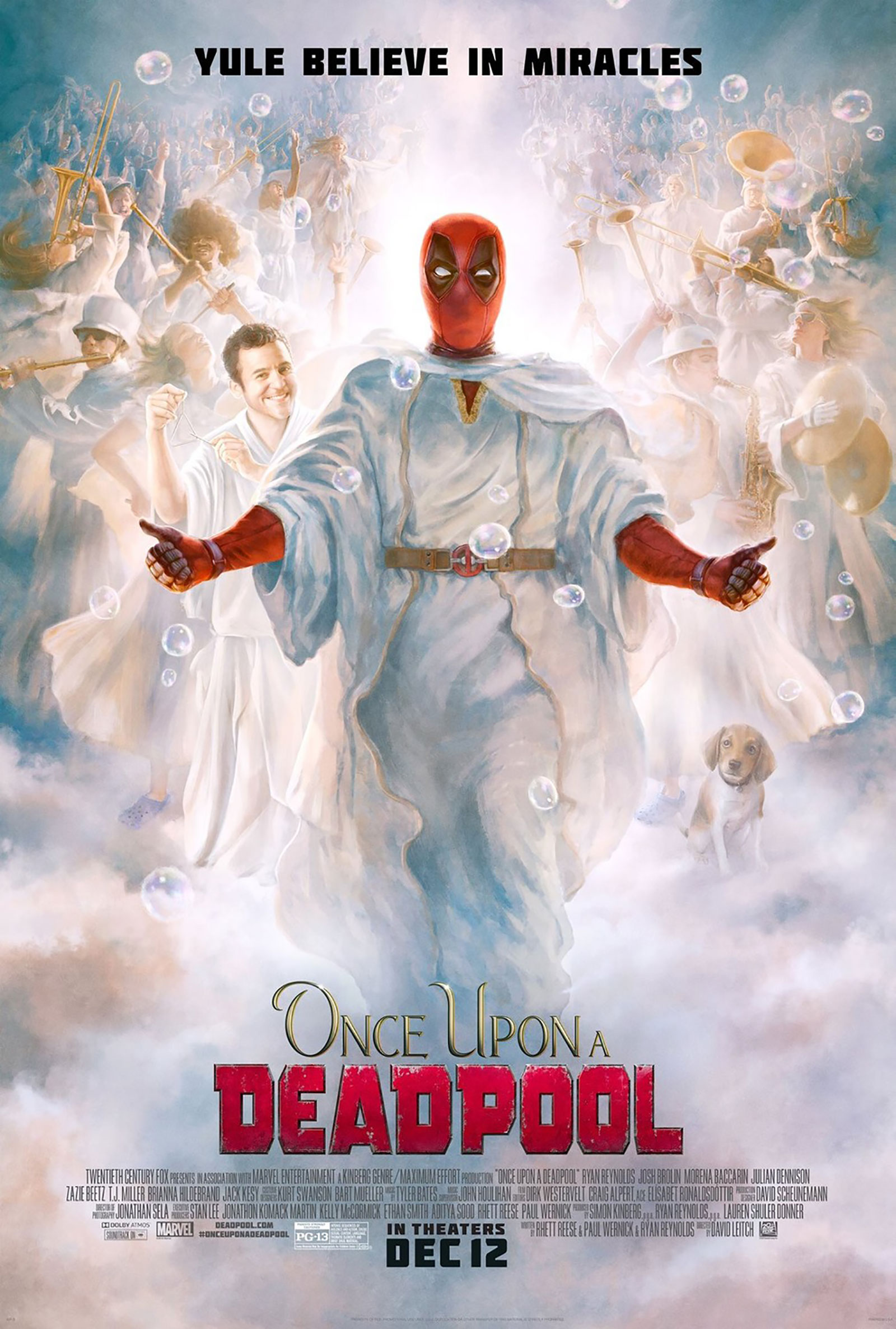 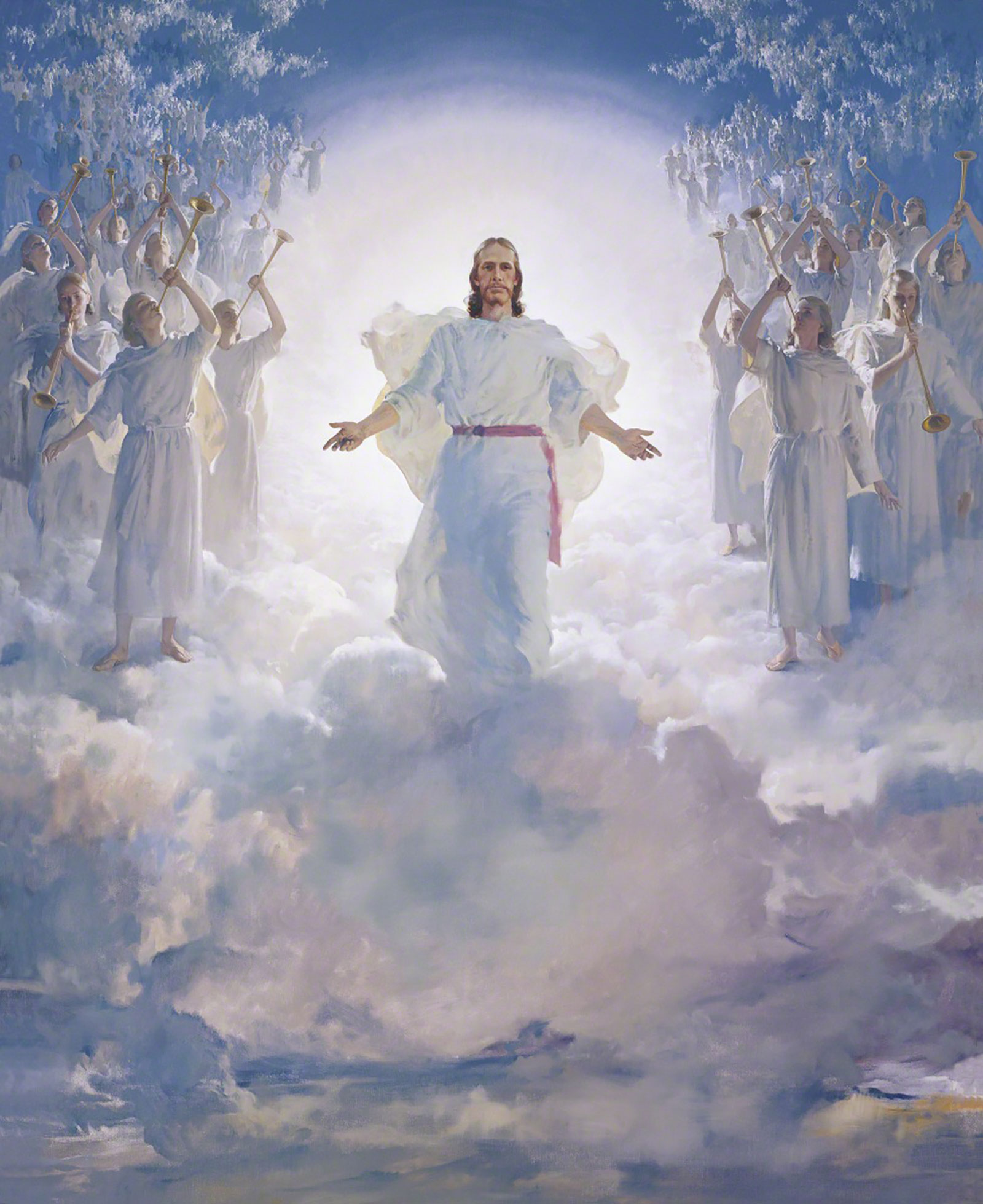 More than 42,000 people have signed a petition at Change.org asking that the picture be not used or posted in any manner.

Deadpool recently posted a new poster for the "Once Upon a Deadpool" that resembles the sacred picture of "The Second Coming." In the original painting Jesus Christ is at the center surrounded by angels. In the poster Deadpool replaces Jesus Christ. Deadpool is positioned exactly as Jesus Christ was and is wearing a white robe. It is unknown if the picture was used to intentionally mock the Church of Jesus Christ, but it is clear it was copied from the original picture. This is a form a religious discrimination. We ask that the picture be not used or posted in any manner. That they find another poster to represent their movie.

Ryan Reynolds, the star of the Deadpool movies, added the poster to his Instagram 10 days ago. It's since received almost 1.8 million likes, although the comments next to the image have been overrun by debate around whether the poster is offensive.

I’ll never forgive David Leitch for what he did to that dog in John Wick. Once Upon A Deadpool. Dec. 12

The Church of Jesus Christ of Latter-day Saints, which commissioned the Anderson painting back in the '60s, has not commented publicly on the Deadpool image.

The poster was made for Twentieth Century Fox by agency Ten 30, which has done a lot of Deadpool work, including the famous parody of the Flashdance poster.

Ten 30 has also dipped into religious imagery for Deadpool 2, creating a parody of the Sistine Chapel ceiling, where Deadpool takes the role of Adam and Cable plays God. That was was actually captioned The Second Coming. See it below. 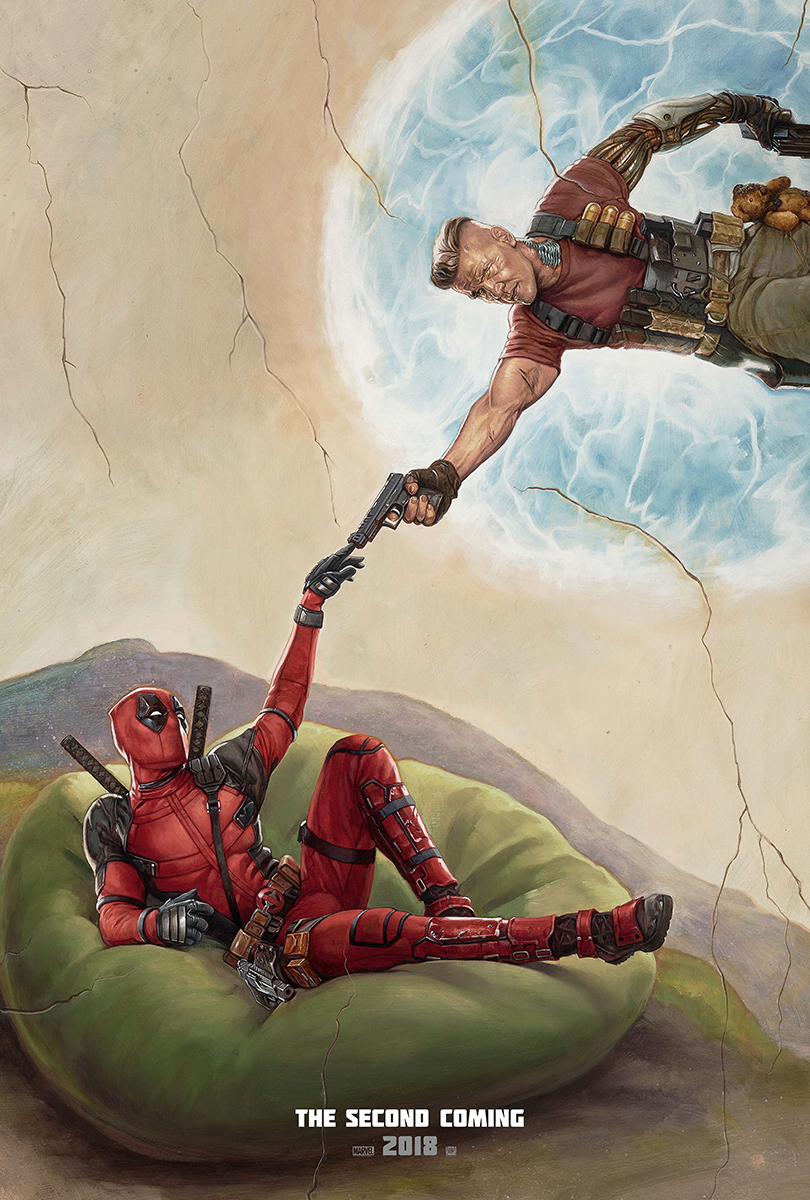