Netflix Launches 'One Story Away,' a New Global Brand Campaign

AKQA crafts ads around the power of storytelling

Netflix celebrates the power of storytelling in a new global brand campaign, crafted by AKQA, that tells viewers they're just "One Story Away"—from seeing the world more clearly, and feeling it more deeply.

The campaign launches in 27 countries starting today. The anthem film below captures the idea, with a voiceover considering what stories can do, over footage of Netflix shows—with the streamer's red-line-and-dot time counter embedded in each scene.

One Story Away | Netflix

"I first heard the phrase 'we're only one story away' a couple years ago from a colleague in the hallway, and it's stuck in my head ever since," Netflix vp of brand Eric Pallotta says in a blog post announcing the campaign. "I knew it would resurface one day, and when we started working on this campaign almost a year ago, it felt like we had finally found the right moment. These words perfectly encapsulate the passion for storytelling that lies at the heart of what Netflix—and the creators we work with all over the world—are trying to bring to our members."

Check out some more campaign imagery below. 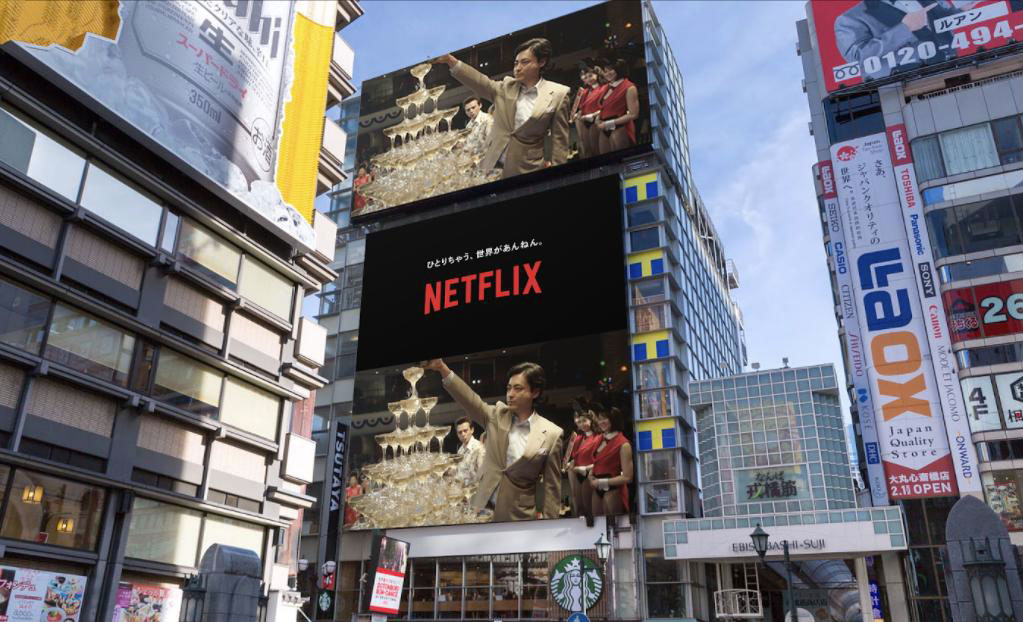 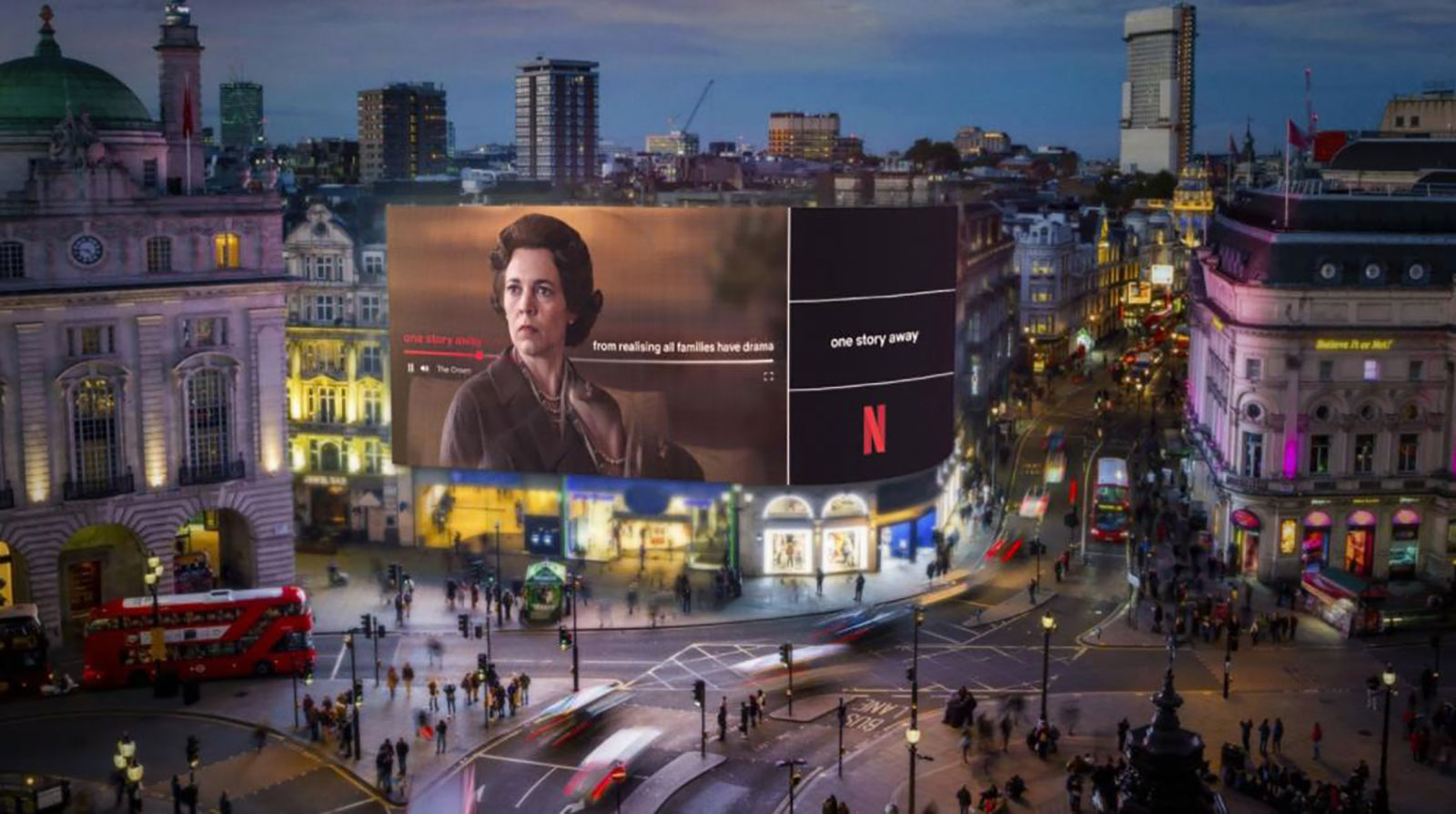 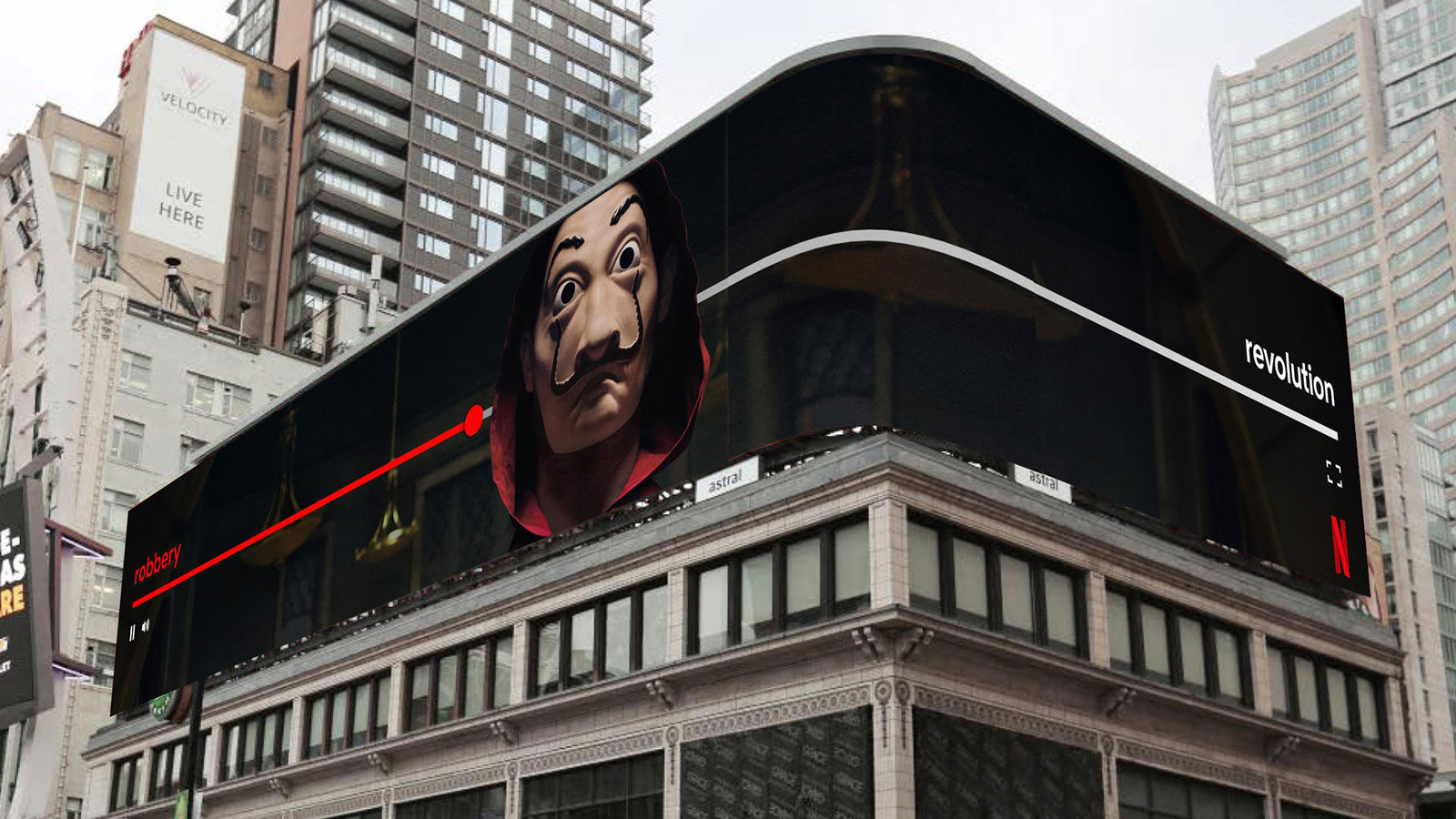 "Stories are powerful. The TV shows and films we watch bring out all sorts of different emotions, give us perspectives we've never seen before and even make us feel closer to each other," Pallotta says. "People have very different tastes and moods. But no matter who you are or where you are, we're all only one story away from seeing, feeling and connecting more."

The campaign includes a landing page at netflix.com/OneStoryAway, which features a specially curated version of the Netflix library. 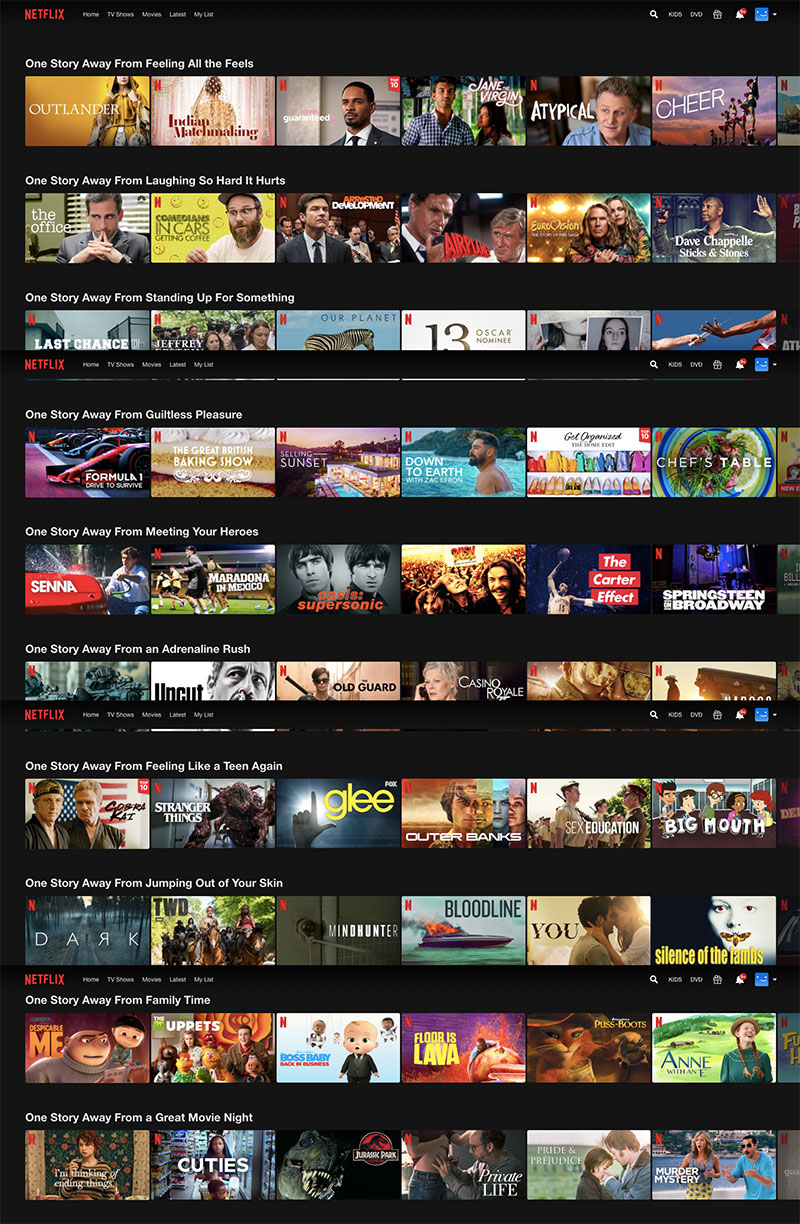 Netflix has enjoyed record-setting viewer growth during the coronavirus pandemic, adding almost 26 million subscribers in the first six months of 2020, almost as many as joined in all of 2019. The company's stock also recently hit an all-time high.