Bridgerton will get the royal treatment, too 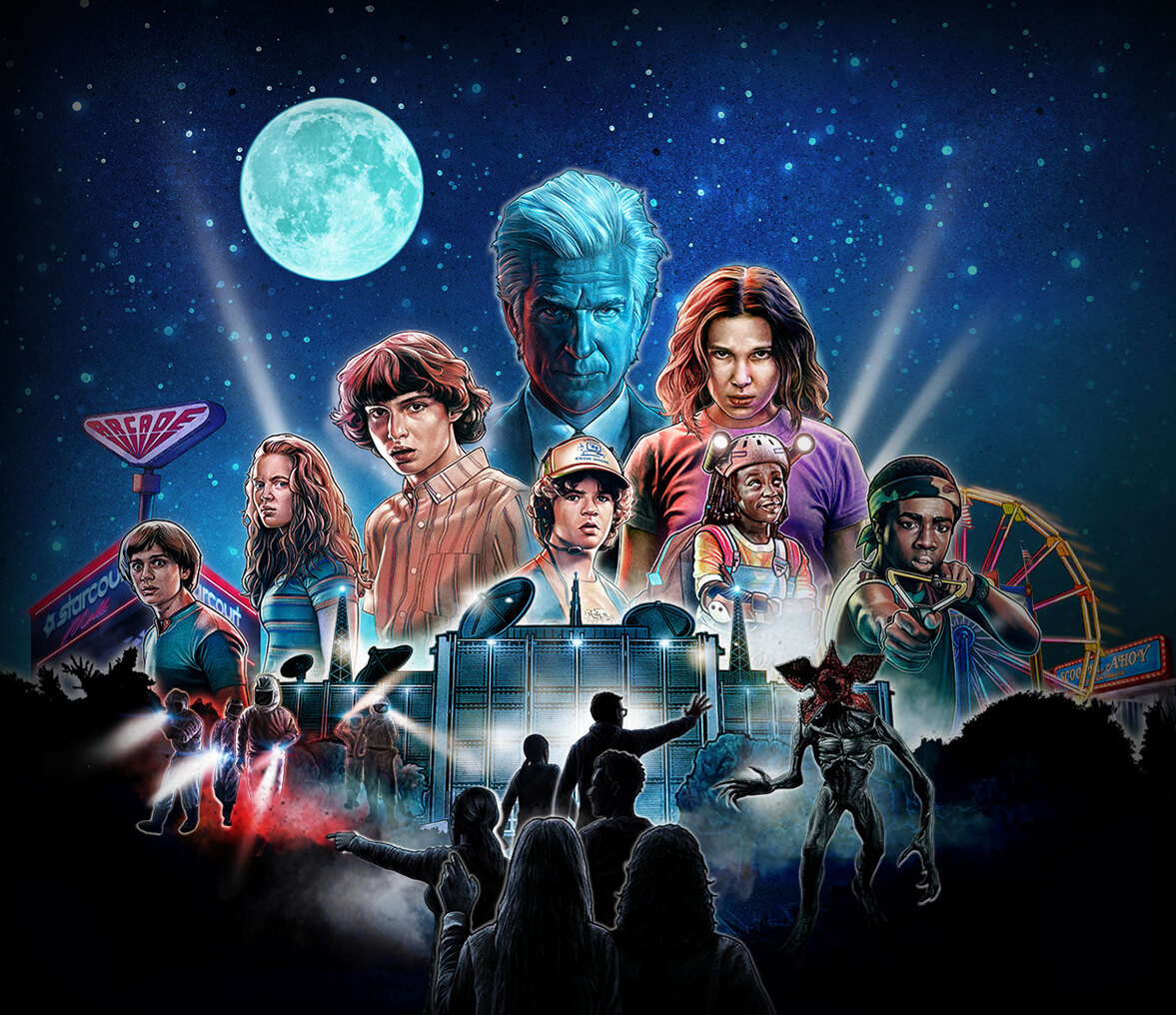 Late last year, Netflix gave fans of Stranger Things the gift of time travel, creating Stranger Things pop-up stores in New York and Los Angeles that brought fans back to the 1980s. And in the next few months, it will be expanding both with a deeper immersive experience timed to Season 4.

"After the smashing success of the show, we were inspired to expand the Stranger Things universe by engaging with fans in a unique retail experience packed with exclusive merchandise, escape room-like puzzles, and interactive photo moments," Greg Lombardo, head of experiences at Netflix, tells Muse.

"Our goal was to reinvent what we think of as a typical retail experience and create something that allows fans to immerse themselves more fully in the show they love and have the opportunity to bring home memorabilia that they can’t find anywhere else. In a year where we didn't have a new Stranger Things season launch, we created an opportunity for fans to engage with the beloved series on a new platform via pop-up retail experiences and journey through the iconic sets and scenes from the series."

Designed by Black Sky Creative and produced by Netflix, the store is part of an immersive series for the streaming platform.

"There are more than 20 easter eggs hidden throughout the pop-up stores for guests to uncover, including '80s-inspired cereal boxes with interactive elements, surprise items inside the Hawkins Middle School lockers and a fun twist on Joyce's living room wallpaper," notes Lombardo.

I recently visited the Stranger Things store in Times Square, which is set to close on Sunday, March 20.

For fans of the show and anyone who grew up in the 1980s, the pop-up is a blast from the past. There's a replica of Joyce Byers' living room, complete with a wall-mounted rotary phone (rotary is making a comeback), a couch that's seen better days (the springs are shot) and the iconic wall with the alphabet painted on and Christmas lights strung up to unlock messages from Will in the Upside Down. In the pop-up, Joyce's typical flower wallpaper has been changed to Demogorgons. There's also a Palace Arcade with working video games, pic opps with Demogorgon, the Hawkins' Snowball Dance and inside the Russian lab. Lockers inside the school have unusual items like Eggo waffles and cans of chocolate pudding. Visitors can also hop on a pair of bikes to pedal off before impending doom is unearthed or to relive riding a bike with questionable brake elements.

Part one of Season 4 launches May 27 and part two on July 1. Netflix is expanding the fan/brand connection with "experiences" for both Stranger Things and Bridgerton.

The new, more immersive Stranger Things: The Experience debuts in May in New York and June in San Francisco. Standard tickets are $64 in NYC and $54 in San Francisco, with VIP tickets costing $109 and $89, respectively. Attire from the '80s is strongly recommended.

Per the website: "Hawkins Lab is back, and only the bravest guests are invited to discover the secrets within its walls. Write your story as you journey through a fun gathering of iconic locations and fan-favorite moments, enjoying one-of-a-kind photo ops and uncovering plenty of thrills along the way. There may also be the occasional testing, analysis, or psych evaluation. But don’t worry—it's safe... perfectly safe..."

Fans of Bridgerton are in for an experiential treat, beginning this month. The Queen's Ball: A Bridgerton Experience is taking place in Chicago, Los Angeles, Washington, D.C. and Montreal. In D.C., for example, prices range from $56 to $109.