It's there for the taking in LOLA MullenLowe's work

The word "pleasure" brings a lot of ideas to mind—sex, for one, but ice cream and anime probably aren't far behind.

For the 25th edition of the Japanese Film Festival, LOLA MullenLowe conceived "Pleasure Tales by Magnum." Created for the ice cream brand (not the subset of Trojan XL condoms that people who don't need them always seem keen to buy), this anthology of short films is connected by a single theme: the pursuit of true pleasure.

What constitutes pleasure? The films make the case that the answer to this question is as unique as every person. It can be the rediscovery of a lost passion, or the realization that beauty is all around you. It can be biting into a cold chocolate shell on a pretty day. Pleasure is intimate and sensory; as such, it's subjective.

In "Butterfly" (above), a man grapples with the monotony of his commute and repetitive office-cog life (though that kind of life has become a distant fantasy for some). Inspired by an older man in the park, and using some spilled ice cream from a Magnum bar, he idly draws a butterfly, which sets him on his own journey of becoming.

"Konnichiwa" is something else entirely. It starts with a woman who offers a depressed-looking worker a Magnum bar in the park. We were on the verge of castigating this film for making the only critical woman's role in either of these films about inspiring yet another man to find himself (Bechdel test, anybody?) ... then things took a turn we didn't expect, one of the pleasures of anime.

Powerhouse Animation Studios, which created Castlevania and Seis Manos, brought these two stories to life. "Pleasure Tales by Magnum" will feature over the course of the Japanese Film Festival, which runs in Australia from Feb. 6 to March 3.

There are also key-art style posters for both shorts: 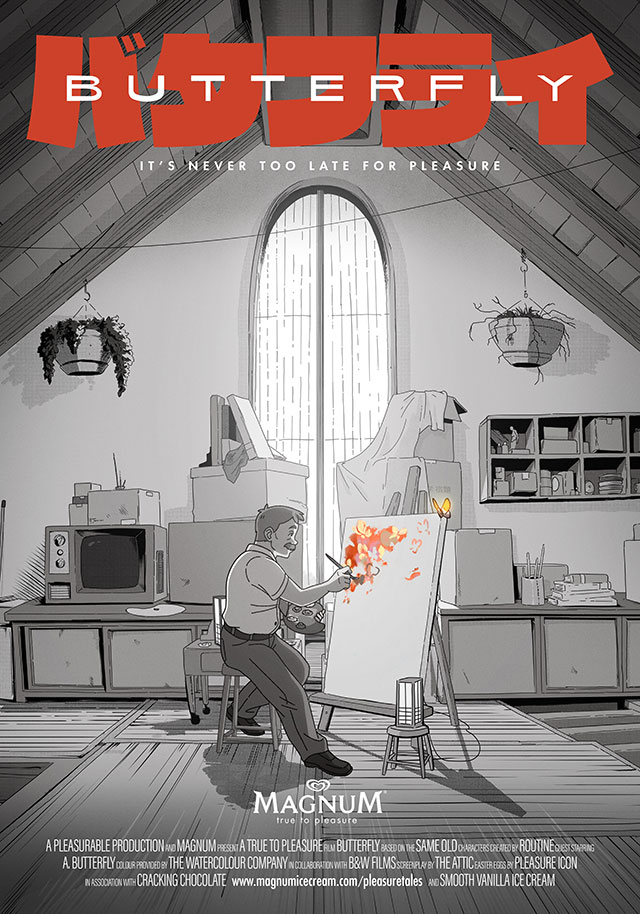 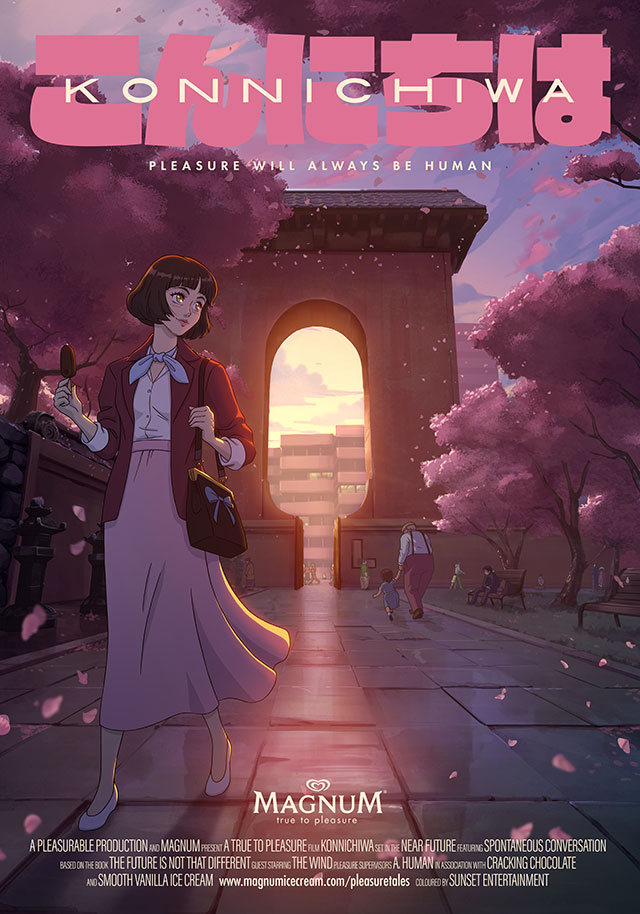