The Lion King, and How Digital Content Creation Has Changed Forever

What role will brands play in this brave new world?

People don't know what to make of The Lion King, Disney's latest foray into remaking one of its classic animated tales in a new format. Many of the film's early reviewers seem hesitant to call it live-action, but animation doesn't quite cover it either. Does it have to be one or the other, or are we perhaps in the midst of an upheaval of the standard rules by which we classify content?

Where the first industrial revolution was characterized by manufacturing, the second by electricity, and the third by the rise of digital technology, the fourth industrial revolution is characterized by a blend of technologies that is blurring the lines between the physical, digital and biological spheres. It's marked by emerging technology breakthroughs in a number of fields like AI, XR, voice tech and connected cities. We're in the early stages of it right now, much of it hampered by the very slow rollout of 5G, the technology that will enable this revolution.

The way we create digital content is off to an early lead in this new world. With advancement in computer graphics and data processing, volumetric video capture has moved from science fiction to reality. Cameras can now capture every single photon at its point of origination or deflection, so rather than having content imprisoned in a flat frame, we have content that can be utilized in a myriad of ways and by present and future formats. Gaming software allows us to create scenes that can be rendered in real time while allowing the viewer to be in that world and interact with it.

This version of The Lion King is possible because of these innovations. The crew created a VR-simulated environment, added characters through CG modeling and motion capture, and filmed by wearing physical "viewfinders" with sensors. In simple terms, the crew was able to shoot the scenes in real time with characters already comped into their environments.

Think of the possible applications for this technology beyond bringing Simba, Nala and Scar to life. What about a concert you wish you had seen? An artist you wish you could have heard live? Once a person's image is captured, a place is scanned, an asset is built for real-time interaction, all that data can be reused, repurposed, tried and tested or stored for the future—whatever that might bring.

Our team at Spinifex were thinking about these questions before we first met the person behind so much of The Lion King's beloved music, Elton John. As someone who's always been just slightly ahead of the rest of us, Elton was concerned with his post-biological legacy. How could he ensure his creative immortality after he and the people who actually saw his shows are gone? Our experience creating the groundbreaking VR Elton John experience has led us to similar discussions with all sorts of brands—companies, countries, IP properties, large-scale public spaces and celebrities of all sorts. We are working on several projects around the world where this technology and pipeline is helping to create experiences previously only seen in sci-fi movies. The future is here, and people should be excited.

Forward-thinking companies know the revolution is here and will continue to challenge the way we currently communicate and the way we experience that communication. In our lifetime, we will be able to walk down the road and voice activate a piece of information which will display an augmented layer of reality for us to view the world through. We'll be able to go inside a movie and choose our viewing position or walk around a city and seamlessly activate its history, its underground and its best attractions. The world of content is quickly transcending the vocabulary we currently have to describe it.

Brands need to not only leverage these new technologies for content creation but decide what role they want to play in this brave new world. Corporate communicators need to start immersing themselves in it as well, so we don't have to toggle between "live-action" and "animation" to describe a film that is neither and both at once.

We are entering a time where our creative expression can become more vibrant than ever before. What millions of people will be viewing in movie theaters across the globe beginning this Friday has endless opportunities for expansion. Pride Rock is no longer a destination that belongs only to our imagination. Turns out it was never such a bad thing to have our head in the clouds. 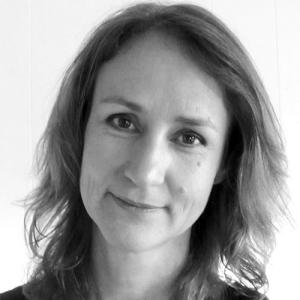