A Lesson in Branding From Joe Versus the Volcano

What clients can learn from a lesser Tom Hanks hit

Earlier this week, Tom Hanks was deservedly bestowed the Cecil B. DeMille Award at the Golden Globes for his lifelong contribution to film. And for likely being the nicest guy in the 424. His accompanying clip package was a tour de force of snippets and roles going as far back as guest spots on The Love Boat, which he quipped about, and a hugely underrated and way-ahead-of-its-time network show, Bosom Buddies.

Though I noticed one particular picture missing from the montage that I'd guess would have the multi-metal-hoisting actor smirking due to its omission—the somewhat lackluster Joe Versus the Volcano. A film from 1990 that sees Joe Banks, played by Hanks, toiling in the morosely lit advertising department of American Panascope (home of the rectal probe). Joe Versus the Volcano is also the first vehicle starring Hanks and Meg Ryan, but failed to find the chemistry that we'd later witness on screen once they'd found their catalyst (aka Nora Ephron). It was also lacking in a solid premise, storytelling and overall charm, so there you go.

BUT … it does have a handful of redeeming lines and scenes. Especially one notable bit of celluloid that I like to share with clients, due to its parallels to branding and communications.

You see, as of late, I've been working with a lot of startups, and the SOW is often the SOP—help them to define and tell their story. Which is a task I absolutely jump at when given the chance. I'm looking at you, you "badass band of tech all-stars."

The first meetings with these new-ish ventures are usually quite similar. We'll ask them to tell us about themselves, their product/service and what they stand for. First through a questionnaire, so they can get it down in writing, and then following up with questions. It's an interesting exercise, and the initial reaction is often the same. "Isn't that your job to figure out who we are?" as we can see their minds reeling back to remember if there's an exit clause in the contract.

"Not really," we say. It's a subtle difference. But a distinction nonetheless. We can help you define and tell your story. And how you portray yourself. But it's not our job to tell you who you are. And this is where the scene comes in.

In a rather stale nutshell, the plot of the film sees the persistently peaky Joe given the prognosis of having a terminal "brain cloud." He's then discovered by a mysterious tycoon, Beau Bridges, and cajoled into journeying to the South Pacific in order to sacrifice himself by jumping into a volcano to appease the island's gods. Before the trek, he is given unlimited funds to acquire goods for the trip and to enjoy his final couple of days in the city. One of his first undertakings involves him being picked up by a limo driver named Marshall, played by the late and ever-regal Ossie Davis. And this is the scene I share.

Joe: I thought I might do some shopping today.

Marshall: Alright, where would you like to go shopping?

Joe: Where would you go shopping?

Marshall: What for? What do you need?

Marshall: What kind of clothes? What's your taste?

(Marshall pulls the limo over and stops)

Joe: Why are you stopping the car?

Marshall: They just hire me to drive the car, sir. I'm not here to tell you who you are.

Marshall: You're hinting around about clothes. That happens to be a very important topic to me, sir, clothes. Mr…?

Marshall: Banks. Clothes makes the man. I believe that. You say you want to go shopping. You want to buy clothes, but you don't know what kind. You leave that hanging in the air like I'm going to fill in the blanks. Now, that to me is like asking me who you are. And I don't know who you are. ... What's your name?

Marshall: My name's Marshall. How do you do? Wait a minute. I'm coming back.

(Marshall gets in the back seat of the limousine with Joe)

Joe: I'm going away on a long trip.

Joe: And I have the opportunity to buy some clothes today.

Marshall: Good. Where are you going?

Joe: Well … tonight, I'm going out in the city.

Joe: I hope so. And then tomorrow I'm flying to L.A.

Joe: Then I'm getting on a yacht and heading to the South Pacific.

Joe: Then I'm staying on the island for a couple weeks. And then that's it.

Marshall: And what kind of clothes do you got now?

Joe: Well, I got the kind of clothes I'm wearing.

Marshall: So you got no clothes.

From there, the two embark on a lavish, daylong shopping spree that helps to define not only Joe, but also their relationship. Together, they help Joe figure out who he is, and how he's going to portray himself. It's also a Y-chromosomey series of shopping vignettes that every bit rivals that of Pretty Woman. And it's where I adopted my philosophy on luggage (and shoes). But that could be a whole different article.

The important takeaway here is, we've got to ask the (sometimes difficult) questions to get to the essence of who our clients are. It's somewhat similar to the awkward volley of queries on a first date. Bringing it back to a brand, once you discover that interesting nugget of who they really are, you're able to start tailoring their story. While always making sure it's an outfit they feel comfortable wearing. And as an added bonus, forging a stronger client/agency relationship.

Yeah, Joe Versus the Volcano isn't great, and didn't make it to the Hanks highlight reel. Another one that didn't make the clip, which I would say is an oversight, is Nothing in Common—one of Hanks' even earlier films where he plays a Chicago-based creative director trying to land an airline. And one of the few times our trade has been somewhat accurately portrayed on the big screen. He begins to explore his dramatic chops as well. And we start to see the development of the brand that is Tom Hanks. Albeit in some very '80s outfits. 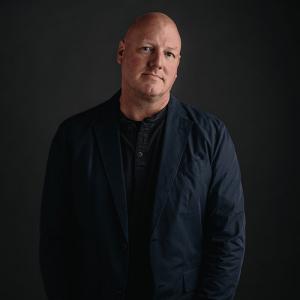