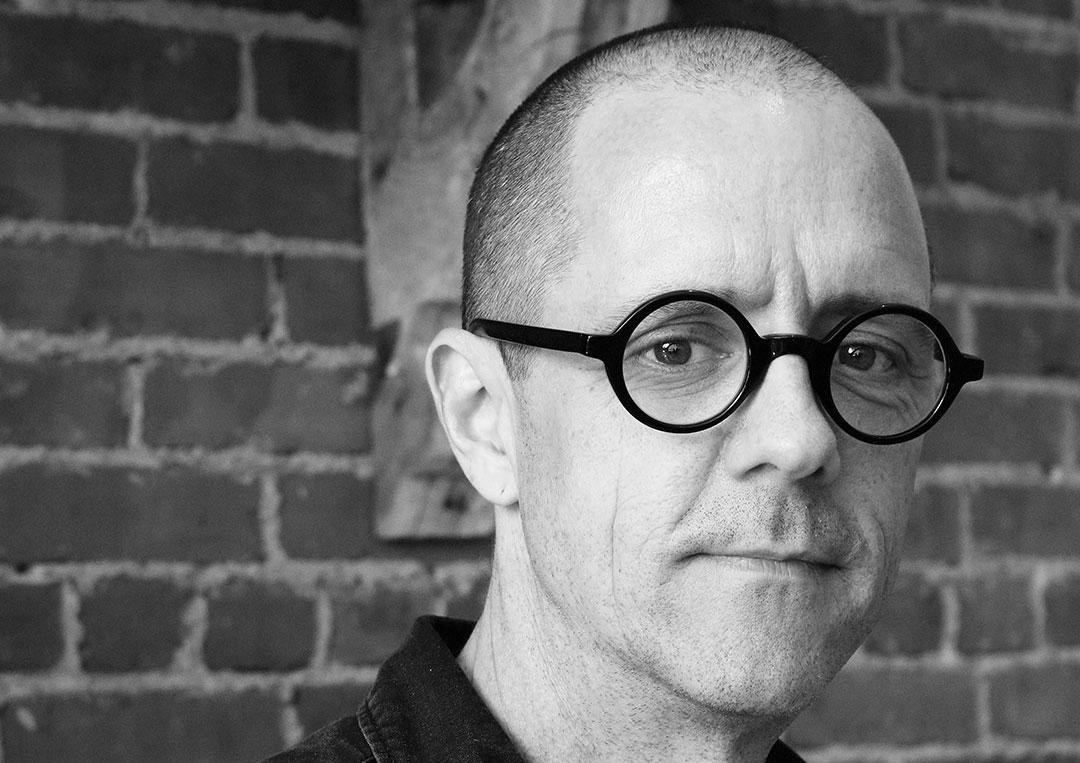 Kirk Skodis, Host of Filmplug, on the Joy of Dissecting Movie Campaigns

And what general advertisers can learn from them

Ever wonder about the ins and out of film marketing? What it's like to build a movie's audience from zero to millions in a matter of months? Prepare to be enlightened.

Kirk Skodis, founder and creative director at digital creative agency Real Pie, is ready to talk shop. On his podcast, Filmplug, Kirk interviews marketing executives from the film industry about the challenges, quick turnarounds and creative process of movie campaigns.

In the Q&A below, edited for length and clarity, Muse chatted with Skodis about what led him to create Filmplug, what he thinks the ad industry as a whole can learn from film marketing, and how he got a famously tight-lipped group of execs to start talking.

Muse: You used to build animatronics for films. Tell us about that.

Kirk Skodis: I went to film school, and I wanted to be a filmmaker. That was my dream, like every Hollywood kid. That quickly morphed into a career in props. Then I got roped into doing animatronics and found I had a natural knack for designing the mechanical part of animatronics and that there was a need. There was this network in Hollywood of small shops where you worked as a roaming freelancer. You'd work at a shop for a couple of months on a film. When that was done, you'd go on to the next job in a different shop.

I ended up landing a gig at Stan Winston's studio. It was more of a full-fledged job with 401(k). You knew you were going to carry over from one film to the next. That was really nice. I spent five or six years there, working on Jurassic Park and Batman and several other films, and also commercials, which were great because then you get into the SAG union. These animatronics creatures, as technologically advanced as they were, they were considered puppets. So, you were called a puppeteer in the SAG union. Some of the commercials I worked on which allowed me to finance the start of Real Pie were the final round of the Budweiser frogs/lizards/ferret Super Bowl spots.

That was the golden ticket because the residuals from commercials were terrific. I was able to take some time off and learn new software that was coming out in the late '90s, including Flash. My wife was taking an extension course from UCLA when there were very few digital design courses. She would bring the software home, and we would play with it.

After some time off from Stan Winston's studio, and having a little bit of a cushion, I was able to start Real Pie. We started helping some Disney business units with things like Flash music videos for their artists. From there, we kept taking on more jobs until we were able to hire a few people. Soon, we were a full-blown digital agency.

What were the creative challenges in the early days of Real Pie?

The Flash versus HTML website. In the early 2000s, when we did our first movie website, a lot of people were just getting on AOL. So, there was a learning curve. Every studio knew they needed a website, but they were careful to know that the audience was just getting on board with a lot of that stuff. In the entertainment and technology field, it seemed like everybody had it. When you looked at the numbers nationwide, or worldwide, not as many people had adopted it.

We could do pretty much anything we wanted if the end user had Flash installed in their browser. But if they didn't, we had to have an experience that was just as good and sold the movie just as well, and provided at least the bare-bones EPK content in an engaging way. So, you had to build two separate websites for every film, which could be tricky.

When did you get the idea to start the Filmplug podcast?

More than 10 years ago, I would listen intently to several marketing and digital marketing podcasts. This was the Purple Cow era. Most of them were talking on the brand side. They were talking about Comcast Cares, and how is Ford engaging their end user on Twitter, stuff like that. Then, of course, over the years, there's been great movie-discussion, panel-type podcasts. That was more on the fan-base side. Let's take the latest film and tear it apart piece by piece. Laugh about it, talk about it, etc. Then there's a few entertainment industry podcasts where you would interview a director or maybe a set designer.

But there wasn't anything that was specifically the niche that I had lived in and worked in for almost 20 years. I thought, well, I can do a podcast. I have plenty of people I can speak to, and I know what to ask. But I wanted to do it from a standpoint of somebody who pretends they don't know, because I want to hear from these people—these professionals who, in many respects, are bettering themselves. The ideal audience I was hoping to reach are people who were like me when I was thinking of doing a movie website. Film students, marketing students, interns who might be starting to get jobs at studios or in streaming. All the way up to entry-level people who are trying to get a leg up or know more. Some people spend a lot of time in one place and get a myopic view, and I knew they could broaden their view by hearing how a different studio approaches something.

The entertainment industry tends to shy away from discussing work. How did you plan to get people talking?

The movie industry is not known for being very open about things that others would consider trade secrets. A lot of things are very guarded. So, I knew there would be a challenge to even approach people and say: Look, we can talk about hypothetical campaigns. We can talk about a genre campaign. We can talk about what if you had these A-list stars, what would you do? How would you approach that? It turns out I didn't have to, because once you get people talking, it's easy for them to talk about a recent campaign where they don't really have to be too guarded with secrets. They can let out some anecdotes, which are interesting. And it's actually been terrific.

What can people outside the industry learn from Filmplug?

The marketing and advertising audience at large might see movie marketing as an odd case or an outlier. But it's fast-paced—building brands from zero to a hundred in a few months. It's fast. It's sometimes a little reckless. And definitely in the early days, it was trailblazing in a lot of ways. A studio has, let's say, 10 or 12 films that they're working with different agencies in different disciplines. They are constantly trying to outdo the last film. Hearing from the professionals that work in the different disciplines, how all that works, how all that comes together, what makes a great trailer, what makes a great movie poster—I think the rest of the advertising world might pick up some things and employ those things. Or just say, "Huh. That's interesting. I never thought of it that way."

What brand wouldn't want a fan base of a Marvel franchise or Harry Potter franchise? Or even have small cultural hits like a Napoleon Dynamite, or recently like a Get Out, or something where people are quoting it in social? Any brand that usually gets lot of time to gestate and grow and cultivate, maybe you can make a mistake and then you might do some testing and you figure it out—we just don't have that time.

How has hosting Filmplug helped you grow as a creative?

I get a lot out of the conversation. I'm essentially getting out of it what I would get out of it as a listener. And what's better than that? That's when you know you're doing something right. You always hear people say, "I want to create the show I would like to watch." Right? Well, I would definitely subscribe to this podcast.

When I'm in the moment listening to these people, I'm taking down notes. Yeah, I worked with them, but how often do you get to sit down and dissect a campaign? Even if I'm having lunch with them, or I meet them at a mixer in the industry, it's not like you're going to sit down and go, "OK, let's talk about Deadpool. Let's dissect that. How does that work?" Now I can do that! I have an excuse to say, "OK, I'm going to ask you five or six questions and let you talk. If I get something out of it, I can only imagine that other people are, too."