A thrill ride, of sorts, from David&Goliath

You know what's wrong with Hollywood's high-octane summer blockbusters? During the car chases, they don't tell you much about remote start, climate control, rear cross-traffic alert or blind-spot collision avoidance!

Kia's noir spoof "The Features Film" zips off in a different direction. As the title suggests, this cinematic send-up from David&Goliath and Slice director Ozan Biron focuses on vehicle attributes. It's a thrill ride—and a shill ride! (In a good way.)

The tongue-in-cheek tale follows a getaway driver who runs afoul of the mob, and plays out over 13 brief episodes, each spotlighting different high-tech features.

There's also a 40-second trailer, as well as a minute-long teaser. Or you can just watch the full-length version below, which clocks in close to seven minutes:

It was awfully sporting of that crime boss to toss his keys to the driver, setting the story in motion. Why not just waste the guy in the warehouse? Ah well, it's not like the Fast & Furious franchise always makes sense, right? (Or Jason Bourne or John Wick, for that matter.)

It's a fun, unexpected approach that plays on this year's lack of summer films amid the pandemic, and for ad nerds of a certain age, recalls the groundbreaking BMW Films series launched by Fallon nearly 20 years ago.

"Features videos are one of the tedious necessities of the car business," laments D&G executive creative director Mark Koelfgen. "They are sort of like stereo instructions—but less interesting. So, when this assignment to advertise a suite of tech and safety features landed on our desk, the team came back with a very ambitious take."

"We thought it would be a nice compliment to the summer blockbuster season," Koelfgen says. "We had no idea that would get turned on its head. Yet, given the appetite for content right now, it feels well timed. The intent of the assignment was to create short, one-off demos for each feature, and serve it to in-market shoppers. But strung together with a narrative, the spot became something much larger."

He hopes the approach surprises online car shoppers "with something that blows them away with its level of joy and craft. If this is what we put into our demos, imagine what we put under the hood!"

Shooting took place over five February nights in Vancouver, with temperatures dipping into the 20s. "Normally this is not such an issue, but it was challenging to fit nearly five episodes into each shoot day in these conditions," Koelfgen recalls. "Besides the heat lamps, the only thing keeping us warm was the poutine."

Campaign elements will run via targeted media buys on Facebook and Instagram, with retargeting across various platforms as pre- and mid-roll inserts. 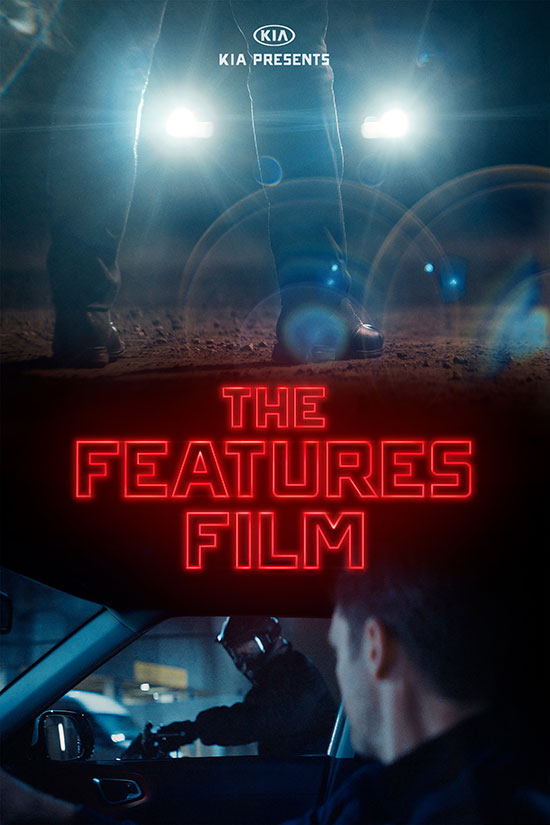 Music Companies: Alibi, APM, and Wolf at the Door