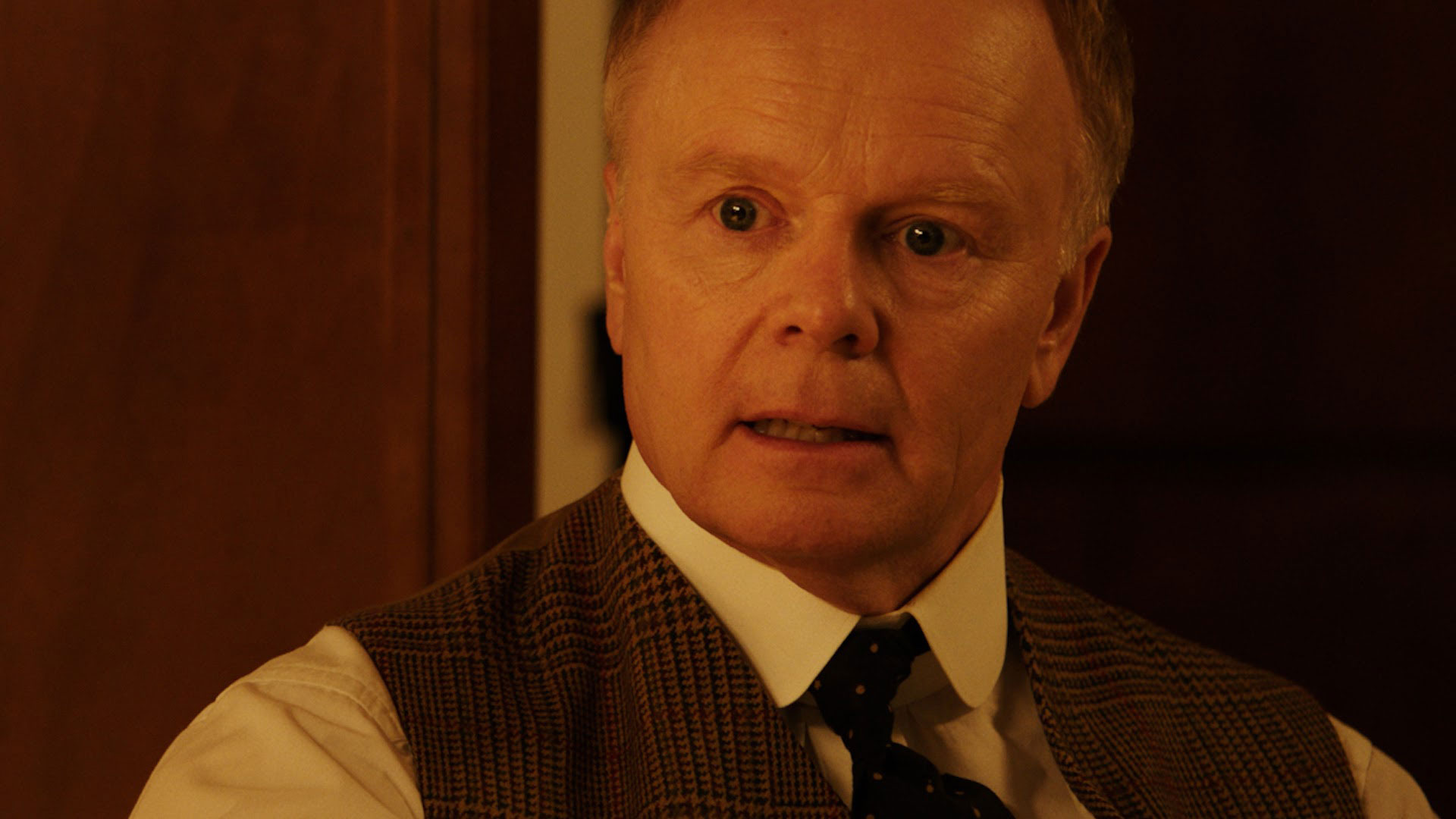 A new spot in the series, directed by Tom Hooper (who won an Academy Award for The King's Speech), features Katherine Kelly, star of ITV's upcoming drama Innocent, arriving home from work. She fires up some spooky tunes, dances around the house and fixes herself a gin and tonic.

But all's not what it seems in the slow-burn 90-second film. The moody lighting and harsh angles of that kitchen—so, well, dramatic—clue us in that something's not right.

Ultimately, Kelly opens her pantry door ... revealing Pete Wicks, from ITV reality show Towies (about a towing company), trussed up and gagged inside.

In another version of the ad, Towies' Bobby Norris appears as the hostage.

David Lynch would heartily approve! (Or maybe not, as ITV didn't hire him to direct.) Insert your own joke here about reaching a captive audience.

"ITV has an amazing contrast of cutting edge, gnarly drama and massively populist reality shows, both contained within one place, so this contradiction seemed like a great tension to play off," Uncommon executive creative director Sam Walker tells Muse.

"There's a brilliant Gary Larson 'Far Side' cartoon where cows are standing up chatting in normal life and only get down on all fours when they see a human coming," he says. "These films are built on a similar construct, a secret world where as soon as the crew's back is turned, the reality and drama stars literally try to kill each other."

The new spot's ambiguous style—equal parts harrowing and absurd—gives the work an edge that should prime audiences for future entries.

The campaign began with another Hooper spot pitting acclaimed actor Jason Watkins against Kem Cetinay, a winner of the ITV dating show Love Island. They match wits in Watkins' trailer as he drones on about the thespian craft, and rather casually poisons a glass of wine for his guest. This precipitates an outrageously over-the-top death scene—but for whom?

Hmm, you never know. Dude might just be acting.

"The aim was to do something that didn’t feel like an ad," Walker says. "The shooting style was more akin to a feature than to the usual language of a commercial—and the pace of the edit was, too."

"Film has its own grammar—we’ve been trained to sense when something’s not right," he says. "Calmly making a cocktail—a totally normal thing to do. But when it goes on for too long, we start to become aware of the mundanity of what we’re watching, and we know something bad is about to happen."

The second spot was shot in an East London apartment. "The glamour of the flat seemed like a good misdirection for what’s about to be revealed," Walker says. "We spoke at length about the tone of the reveal in the cupboard. We needed to play it straight for the joke to land right, but not too gruesome so as to be genuinely shocking. Tom and I spent a long time doing makeup tests for cuts and bruises, but hopefully we pitched it right."

For those seeking even more more "Drama vs. Reality,"  ITV reimagined Watkins, Kelly and the reality celebs as '90s 16-bit video-game fighters in a power-punchin' digital OOH campaign extension: 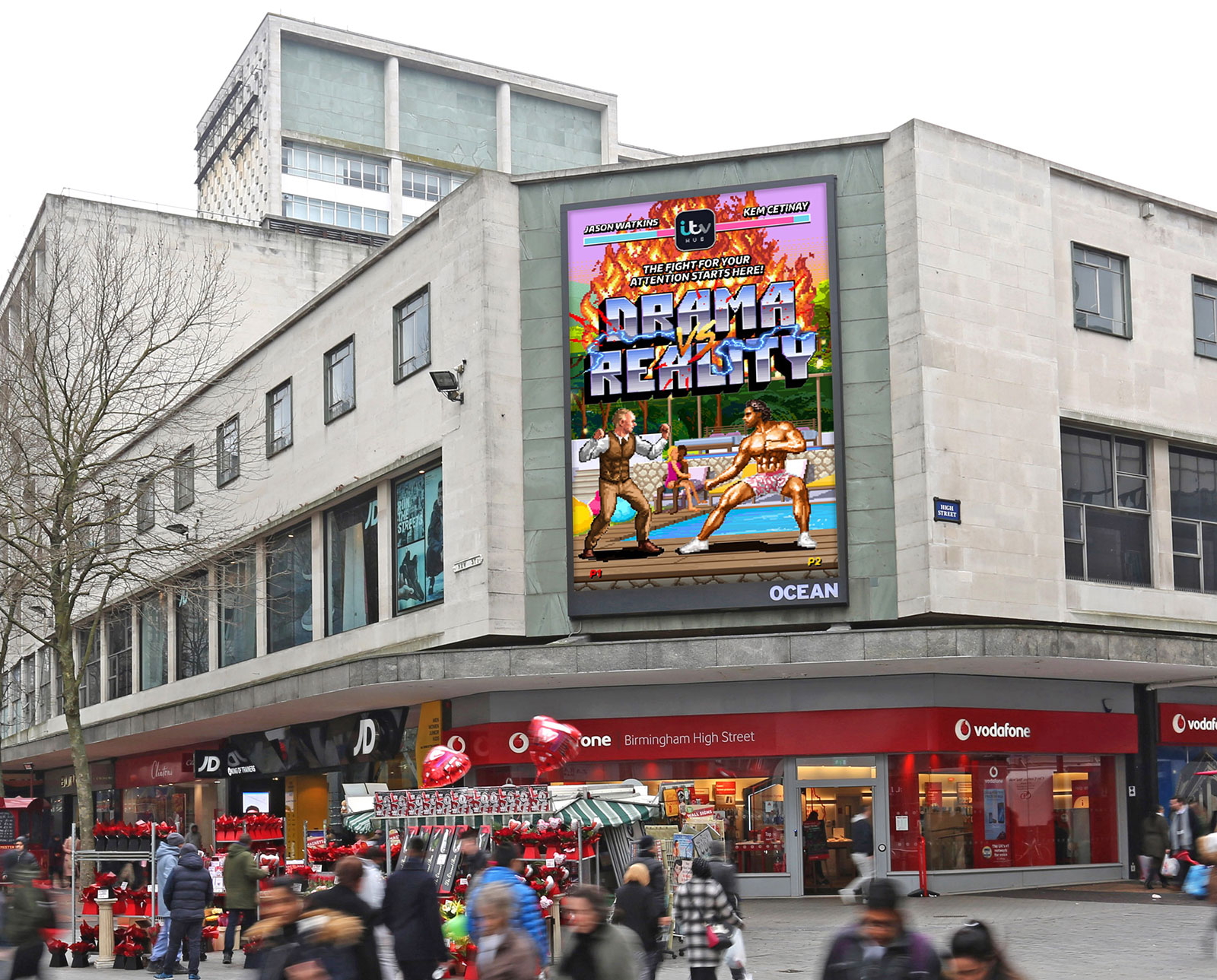 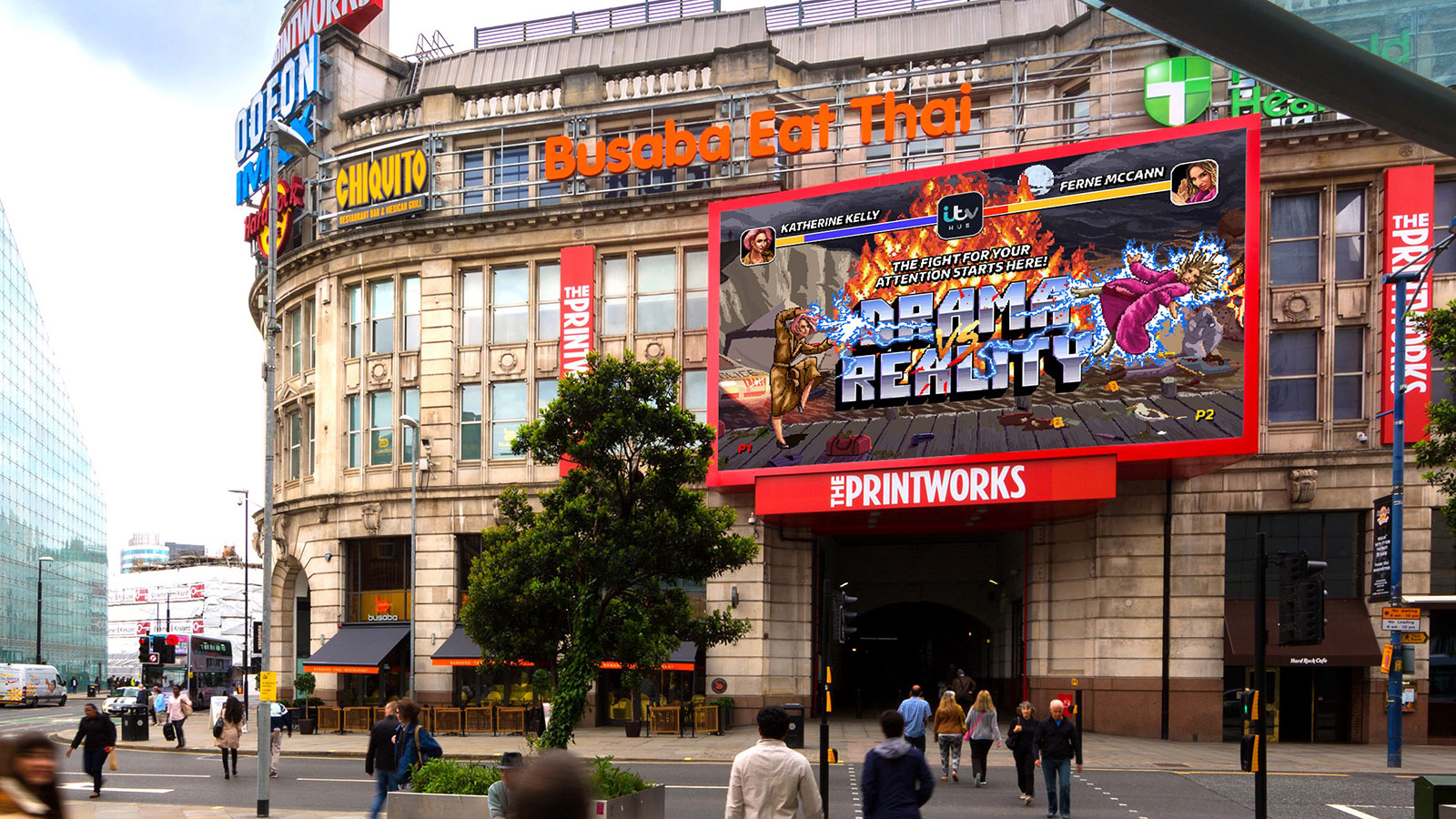