It's No Dream: Canal+ Is Wide Awake to TV Fans' Wishes 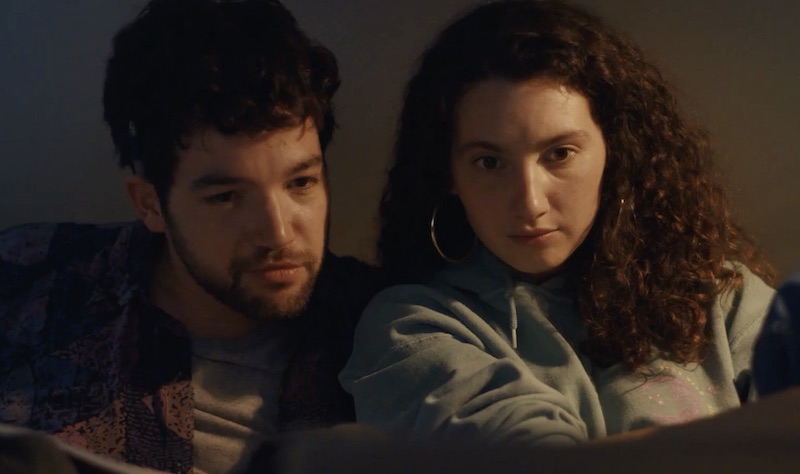 It was all just a dream. The golden age of television is dissolving into an arms race. Netflix is canceling new shows so fast it's giving us whiplash. Meanwhile, all the programs we love are pinging between OTTs and network TV so fast that it's hard to keep up. You could easily watch every new season of a banner show on a different platform each year.

It's hard to know where your loyalty should lie, network-wise.

With its latest work from BETC Paris, Canal+ casts itself as a network you can trust. "The Secret of Wakany," directed by Antoine Bardou-Jacquet of Partizan, kicks off with impressive production values ... and concludes with a riff on the biggest let-down trope in pop culture history.

The story follows a couple that gets really into a show called The Secret of Wakany, which is like a mashup of Dune, Game of Thrones and Lord of the Rings. As the years progress, they learn the series' secret languages, get tattoos, engage in cosplay and build models of Wakany landmarks. The show consumes them; fandom becomes their tribe.

When the final episode airs—the one meant to reveal the titular secret—fans the world over are rapt with anticipation. That's when they discover the whole thing was ... just a dream?

Ah, the dream sequence. It's become shorthand for the ultimate letdown because of Dallas, which did it so monumentally wrong. Its 1985-86 season-long dream sequence so upset fans that the generational trauma remains with us as a meme. An alternate ending to Breaking Bad pays homage to it. Every bummer series finale, from Lost to How I Met Your Mother and Game of Thrones, somehow renews the wound of Dallas' dream sequence.

Canal+ pokes this wound in "Wakany" (wake up and note the ludicrous name). The protagonists in the ad are crestfallen. While the woman sits frozen in front of the TV, the man screams and begins demolishing their memorabilia with a sword (series merchandise, natch).

Some might argue, "It's fandom over a fake world; what does it matter that it's all just a dream?" For true fans, however, the elaborate construction and artistry of fictional worlds become as real as anything else. A sloppy ending doesn't just undermine all that world-building; it's a punch in the face for everyone who invested their love and years in the story.

What are we if not the stories we cherish most? Epics weave themselves into our identities. When you follow an epic show, you're not just following some fake hero journey. You've co-opted that journey as your own.

In other words, as Canal+ concludes, "It’s never just entertainment."

This tagline suggests we can trust the network not to behave like a Netflix (wherefore our Glow season 4?). It'll honor fans' investment down to the very last fade out.

Whether that's true is a different question; the nature of the TV business makes such a promise almost impossible for any broadcaster to keep. Canal+ is not only a producer but a distributor; it’s as volatile a place for TV fans as anywhere else.

Still, I guess it’s just sweet that they know what frustrates us.