A sun worshipper and his sacrificial lamb

We can all agree there's something creepy about spray tanning. But Mike Egan's new short film, Bronzed, really cranks up the weirdness with a grimly comic tale of a sun-worshipping spray tanner who feels compelled to make a human sacrifice to the sun gods.

When the wrong airbrush artist shows up at his home, our (anti-)hero continues with his nefarious plan—but with very unexpected consequences.

The memorable 12-minute film, written and directed by Egan, a copywriter at Wieden + Kennedy, premiered at SXSW and was later selected as a Vimeo Staff Pick and as a Short of the Week, whose curators praised its "unforgettable 'WTF!' narrative [and] strong directorial flair."

This is Egan's first attempt at writing and directing a short, following a decade of creative experience working on campaigns for Samsung, KFC and Chrysler.

Muse asked him about where the crazy idea for Bronzed came from, why he chose these two actors, and how his experience at W+K helped in crafting a dark comedy like this.

Muse: What inspired the idea for Bronzed? Hopefully not an actual life experience.

Mike Egan: Strangely enough, the idea for Bronzed actually was born out of the collision of two real life experiences. About 10 years ago, I got a spray tan while working on a project for a sunless tanning brand and the whole ordeal triggered a mild obsession with bronzing. Second, when I played basketball in high school, my feet would develop these incredibly thick calluses. And—this is so gross I can't believe I'm mentioning it—I used to slice off the excess skin with a pocket knife, like the character does in the film, and then leave it on my little sister's pillow. In any event, the story just sort of flowed organically from those two thoughts. 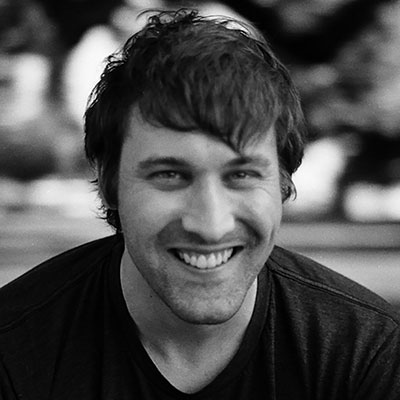 My sister came to one of the screenings at SXSW. When I told this story during the Q&A, she got a big round of applause for putting up with my particularly disgusting brand of big-brother impishness.

Can you describe what you were going for with these two characters, and can shed any further light, so to speak, on our sun-worshipping protagonist—or antagonist?

When you boil it down to a bone broth, Bronzed is about trust. This is way too serious of an answer for what our film is, but we do happen to be living in a disorienting time where trust as a concept is more important than ever, but at the same time it's never felt more fragile. It's all a bit anxiety inducing, and the characters are born out of that uneasiness.

Tell me about the actors, and why they were right for these roles.

Linas Phillips, who played our sun worshipper, is a force of nature. He's a dynamic performer and possesses a sort of boundless energy. We talked a lot about compressing all of that liveliness down to the tip of a needle—turning it into intensity and fanaticism. Linas also has these piercing eyes that allow him to be expressive without doing too much.

Johnny Pemberton, who played our spray tan artist, has this wonderful duality to him. Like most people who are funny for a living, he has this incredible ability to use humor to be disarming, but at the same time he's quite intense. I listened to his podcast before we sent the script to him, and I was struck by how hilarious he was but also by how well he could get a good rant going.

Both Linas and Johnny prepared really thoroughly. They brought a ton of ideas that were much better than what I intended, and they both kept me honest about making these unusual characters feel grounded. It became apparent very quickly that the best thing I could do was take a step back and give them space to work.

I'm told you wrote 10 short films before deciding to produce this one. What was it about this idea that you liked best, and what were some of your other ideas?

My producer partner Chris Capretto and I chose Bronzed because it felt the least familiar of the bunch. It made us laugh, but more importantly it seemed like the biggest swing. There's an ethos of taking creative risks at W+K, and that mind-set certainly carried its way over to the short film. I'm a reserved and shy person, and one of my goals with this project was to reach down into the naughty places inside my brain and let a little bit of that stuff out. The script for Bronzed made me the most uncomfortable, and that made it an obvious choice. 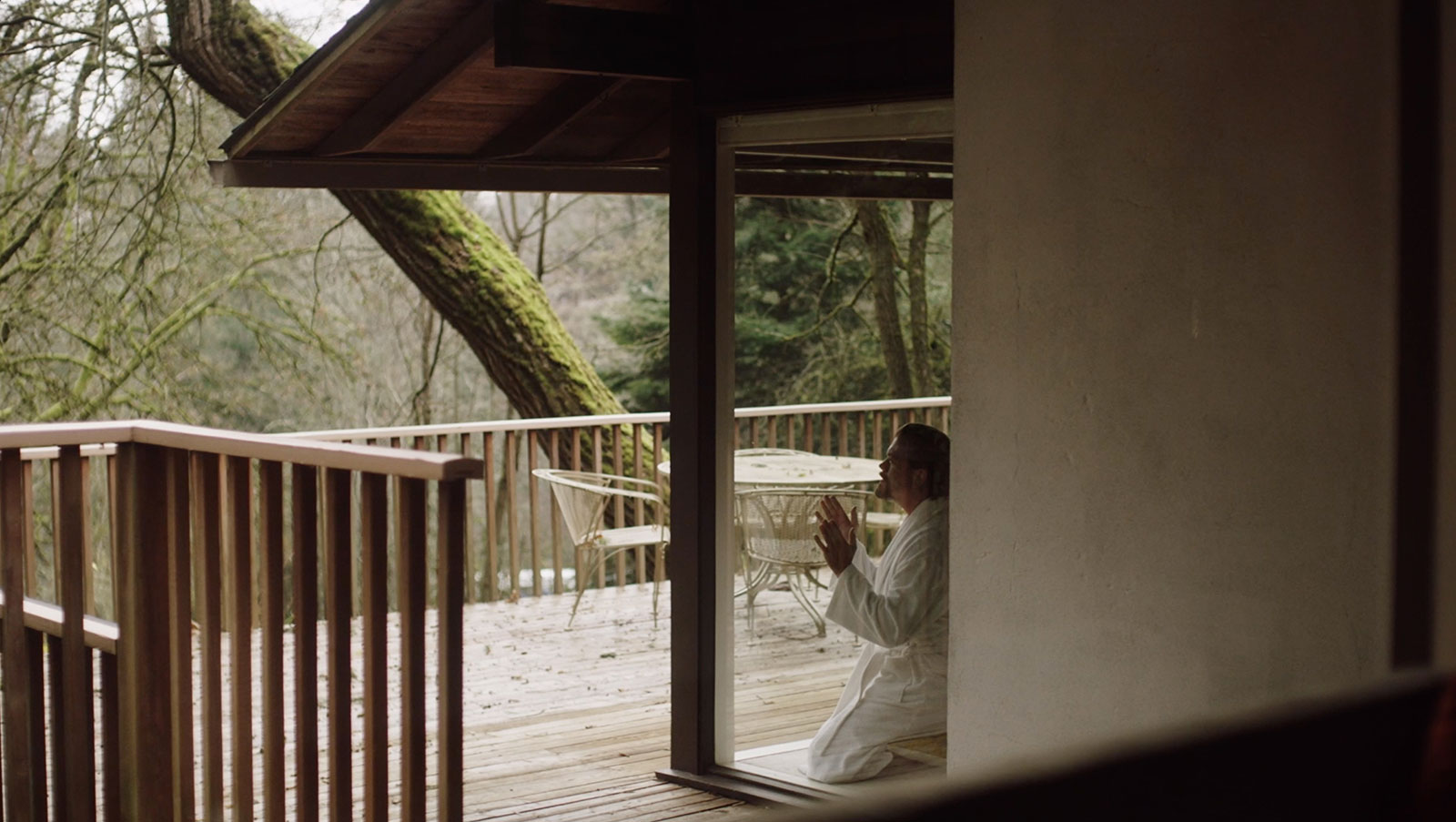 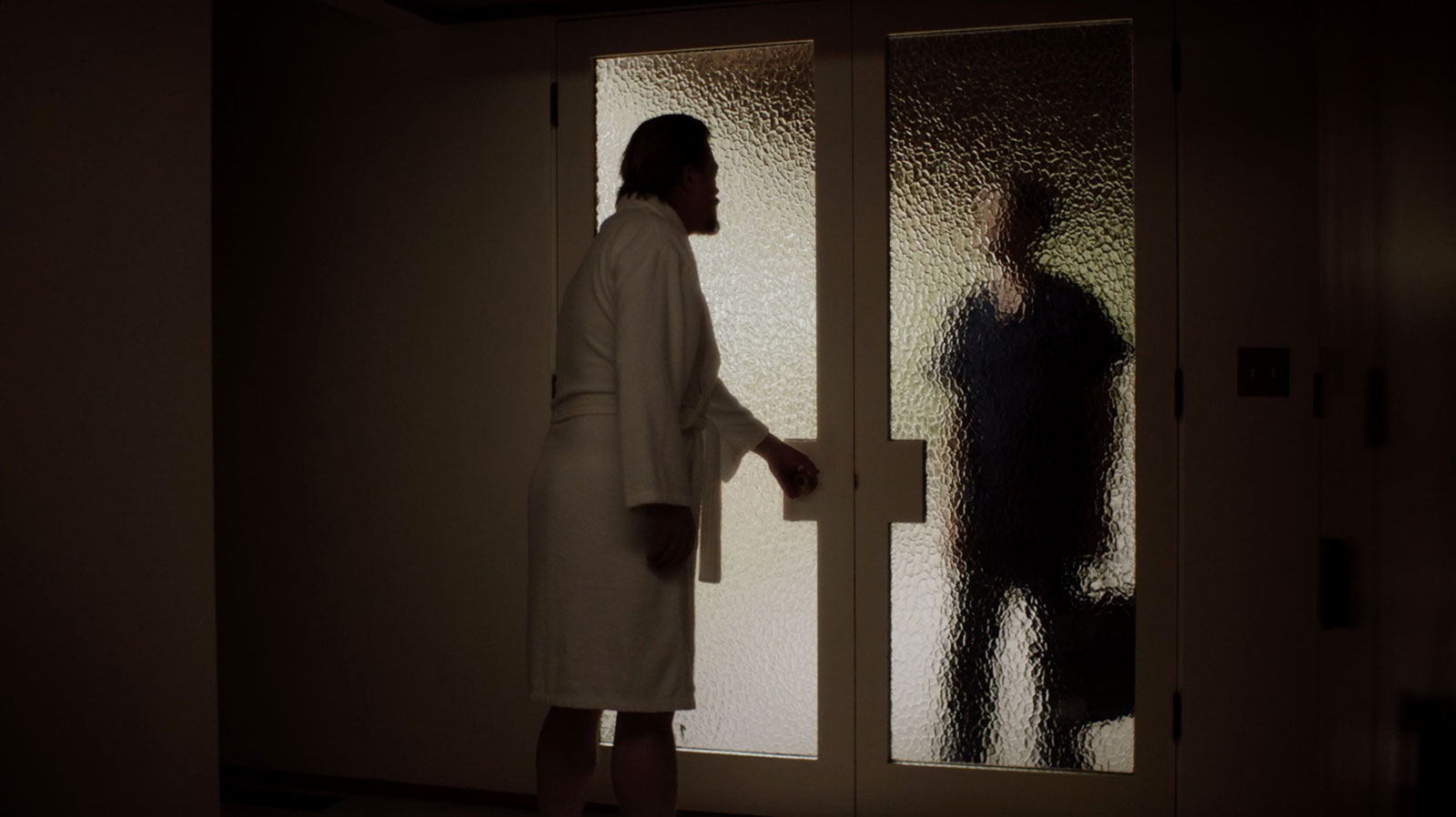 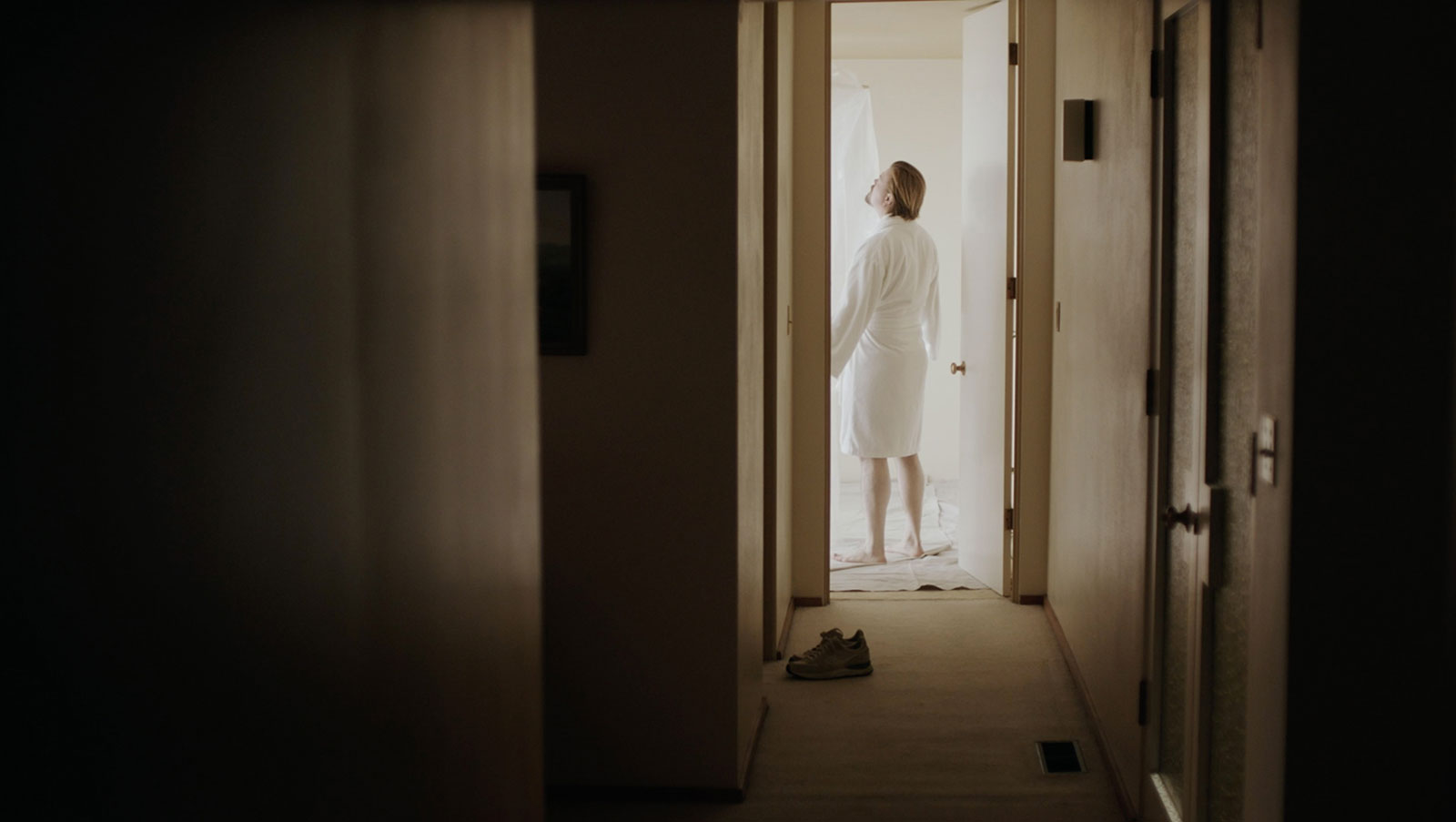 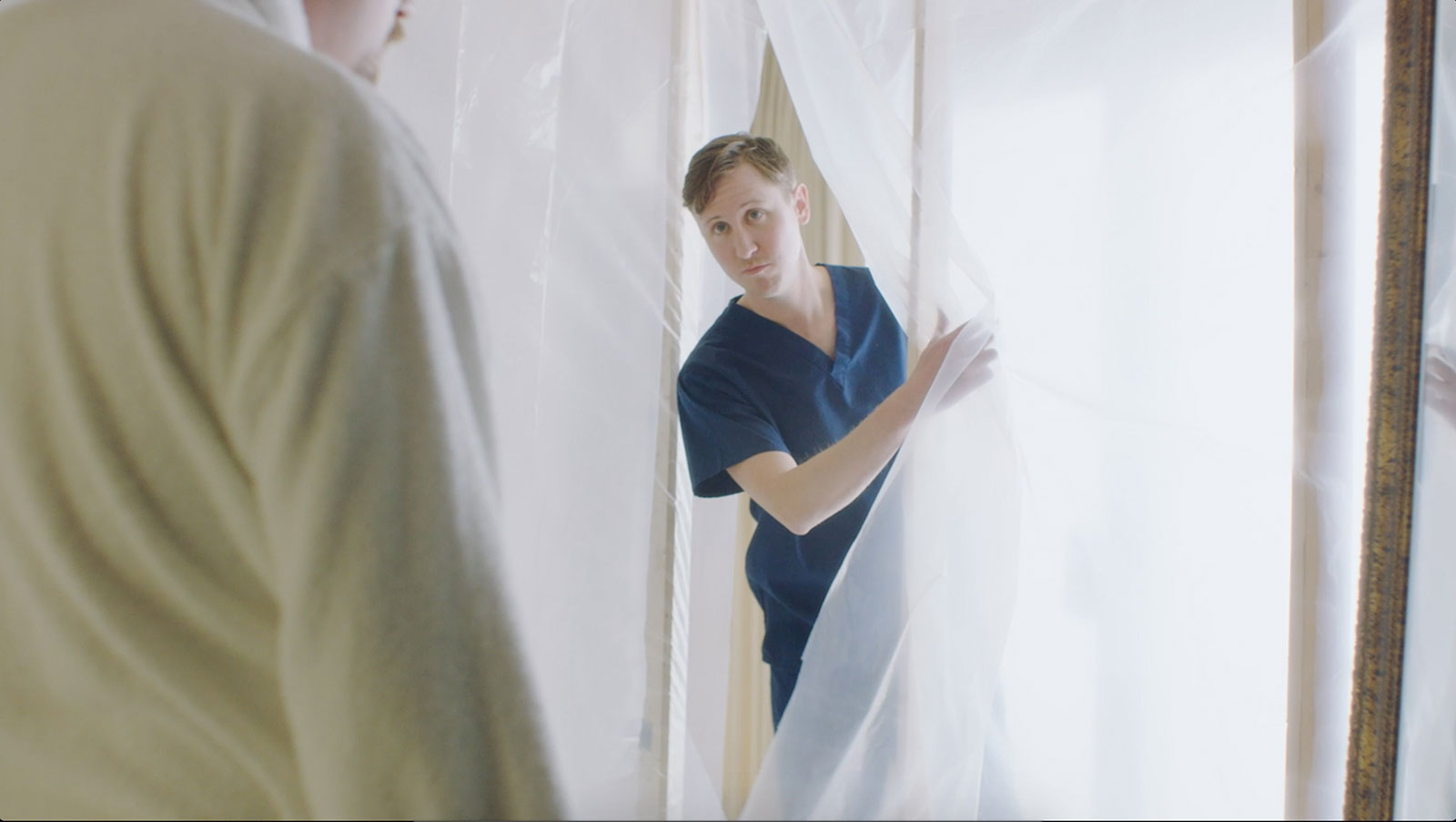 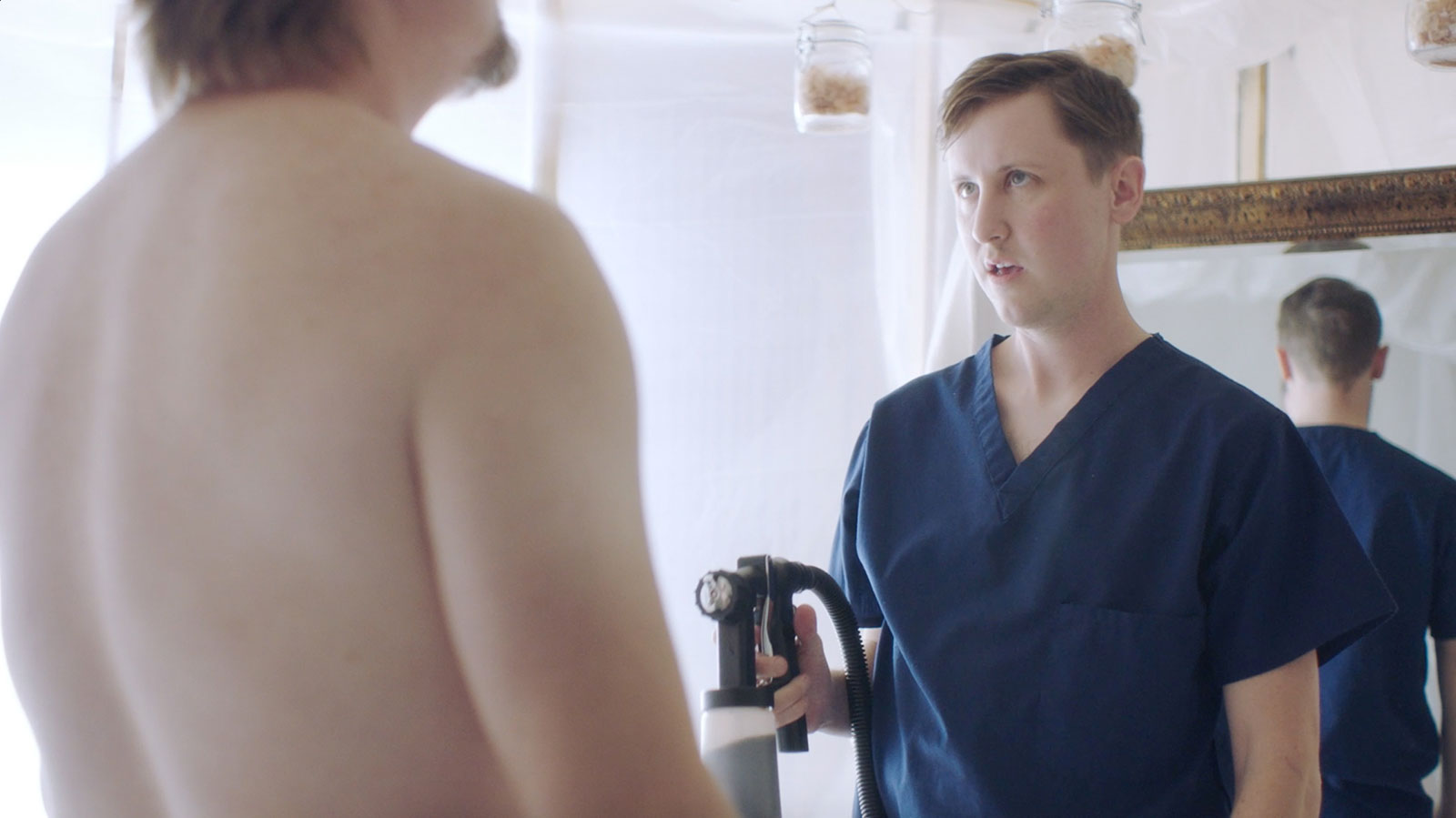 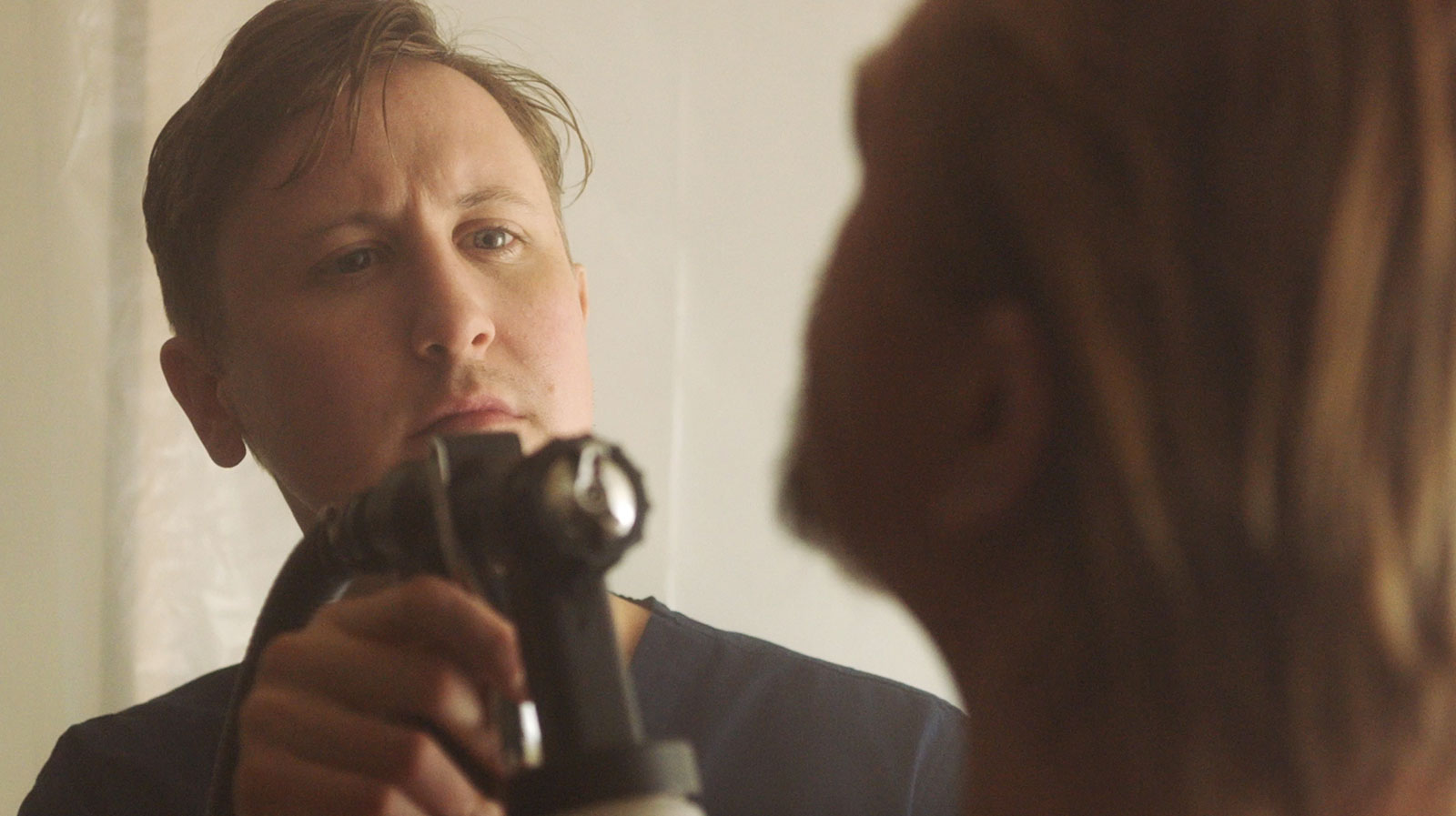 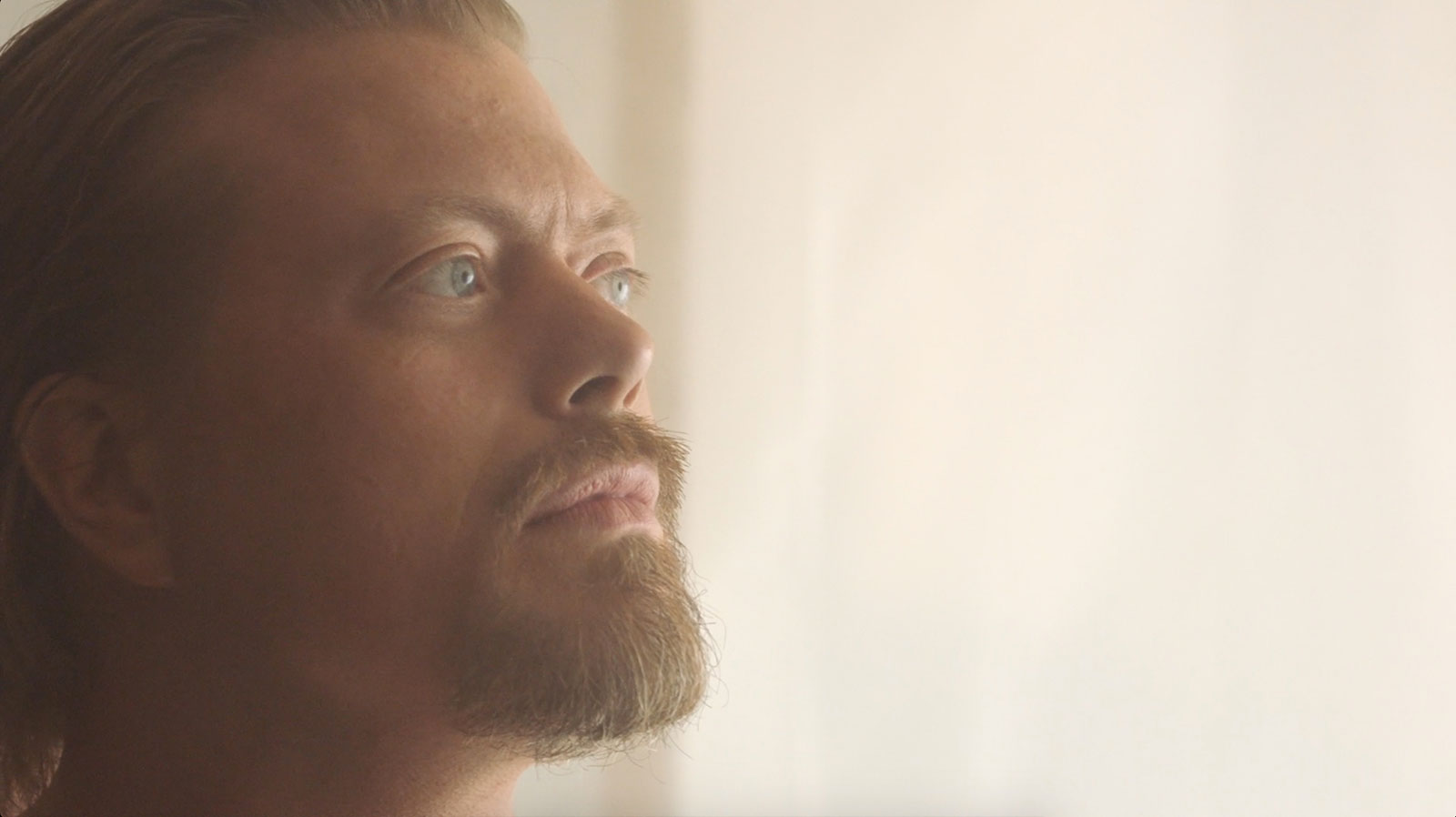 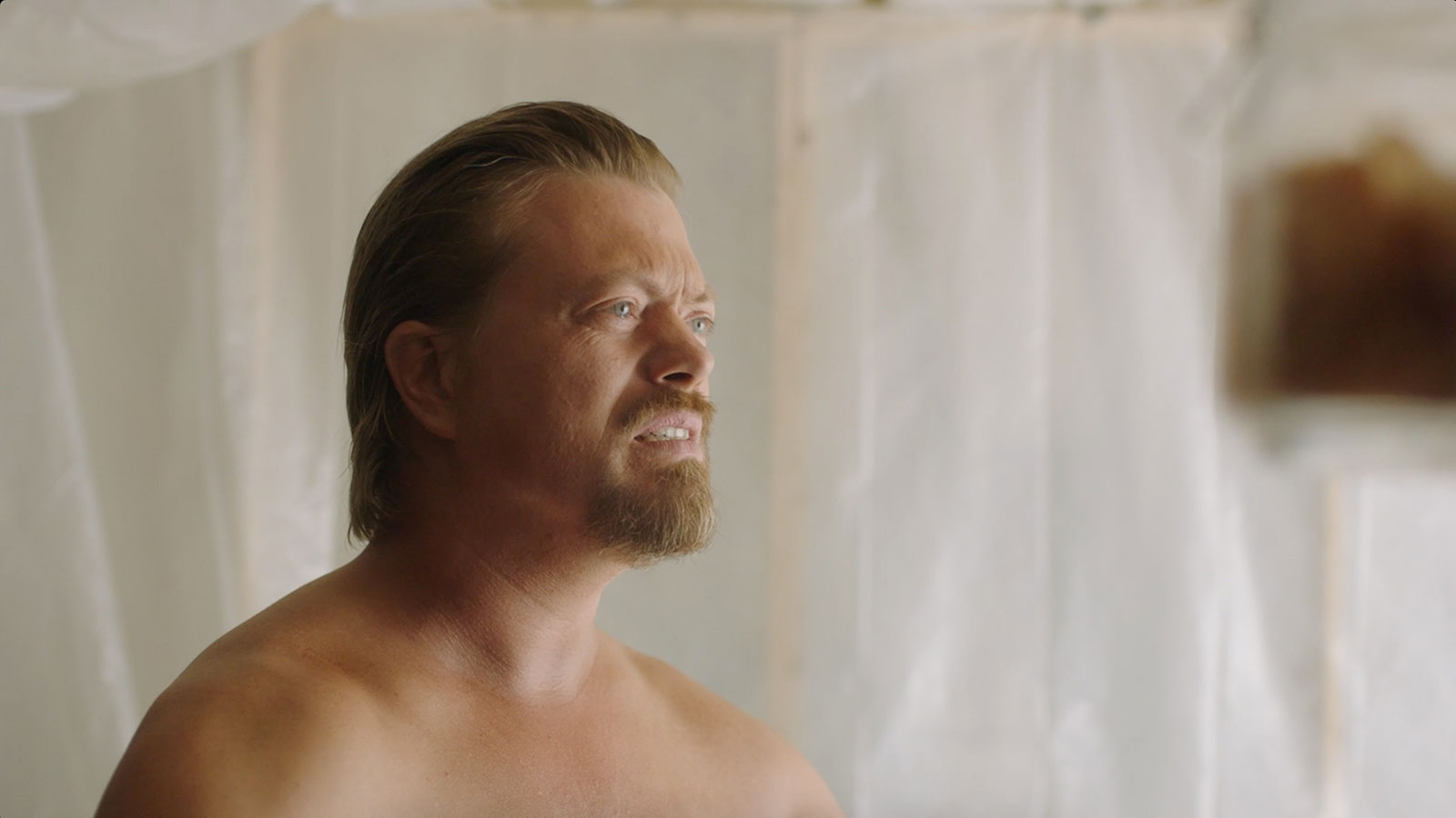 Are you into dark comedy generally, and has working in advertising—and particularly at W+K—sharpened your sense for how good comedy works?

Dark comedy is definitely my favorite genre of film, especially when it's laced with a healthy amount of absurdity. Most of the people I work with at W+K have weird senses of humor, and I've definitely gotten funnier by proximity. If there were one specific thing I've learned, it's that it helps make things funnier if you take an absurd situation totally seriously. It's been surprising to see how much audiences delight in watching this insane character have a totally banal, everyday phone conversation.

How else did your advertising experience affect your ideas or process in turning your attention to short film?

There was a very sweaty, harrowing two weeks while I was attempting to write THE short film. I felt way too much pressure. And it wasn't until I started using the same creative process I developed at work that things loosened up. I'm the type of creative who has to generate a ton of ideas to have one good one. Once I approached writing a short film the same way, the process became fun again.

Also, when it comes to production, the apparatus for making commercials is more or less the same as the one that makes films. I started paying very close attention to what everyone on a set did and tried my best to engage in what the director was doing without being annoying. David Gordon Green, Jake Szymanski and Ruben Fleischer were particularly generous with me. I don't know how I would have been able to make the film without having experience on a set.

What advice would you have for advertising creatives who want to try their hand at making a short film?

Given that all creatives have the ability and the tools to make a short film, I think the major impediment is being willing to be vulnerable and expose yourself to the scrutiny of your peers. There's a certain amount of comfort when you create something for a brand because ultimately it's not your name that's right up there front and center. My advice would be to make friends with that uncomfortableness, wade in to the most personal spots of your brain, and use your skills to put those ideas into the world.