If I Hadn't Directed Ads, I Never Would Have Made My Short Film

The making, with friends, of The Guy: The Brian Donahue Story

A few months ago I released a short documentary called The Guy: The Brian Donahue Story. We shot for a total of eight days on this project, and the final edit clocks in around 20 minutes. But it took us three and a half years to create the film. How come? Because I'm otherwise directing commercials. At the same time, there's absolutely no way I could have made this film without spending so much time directing commercials.

For starters, it's how I met the subject of my film. Brian Donahue is a stunt actor who came in for an audition for a commercial I was casting. I knew immediately that he was not the guy we wanted for the spot, but after hearing a bit of his story, I knew that I had to make a film about him. So I called him that night, broke the news about the commercial, but then switched gears to pitch him on a documentary. He was game, and we set out to create a piece that wasn't just a traditional doc, but more like a movie about a guy who works in movies (and also at UPS).

I wanted it to feel big and cinematic, not just a piece that follows him around on his day-to-day. Unlike some of my other personal projects, this wasn't something I could shoot on my own. I needed to enlist a bigger crew, and wrangle better gear. But there was no budget for this, and from creating short documentaries previously, I knew there wouldn't be a payout later on, either.

So what to do? Tap into the favor bank I've built up with my industry friends from hiring them on commercials. It's generally not a hard sell—we all love shooting our own stuff, of course—but having helped everyone pay some bills along the way surely sweetens the deal. Even more important is that I've had the opportunity to work with lots of different people—I'm on-set constantly, meeting cinematographers, sitting in the edit with new editors—so I can really pinpoint who might be the best fit on a project like this.

I tried to invite as many industry friends into the process as possible, showing rough cuts, trying to get people excited about the film, and asking favors all along the way. We used multiple production company offices as locations, and I was introduced to talented colorists, designers and composers who really took the project to another level. All of these connections were made through commercial relationships.

The challenge, of course, is scheduling time to work with such talented folks; they're always booked on commercial gigs. And Brian, being a day-player on dozens of shows and films, has an even more unpredictable schedule than we do. On top of this, my wife, a producer on the film, was pregnant with our first child when the shoot began and gave birth to our second baby as we were finalizing the color correct in March. Three and a half years for eight shoot days!

But looking back on it, I wouldn't have wanted things to move faster. Would I love to create films in shorter time frames? In theory, sure. But having this time allowed us to really consider what we were creating, and assess the direction of the story—a luxury we rarely have in the commercial world, where production schedules rarely last more than a month or two. This period of reflection ultimately brought about some crucial revisions that made the film much better than what it would have been had we plowed ahead with no scheduling interference.

So now, as I develop my next personal project, I'm appreciating the time it takes to get it off the ground. I know that all along the way I'm gaining more directing experience on my commercial sets, meeting other likeminded filmmakers who will want to collaborate on personal projects. If the next one takes 10 years, that means it's really been worth it. 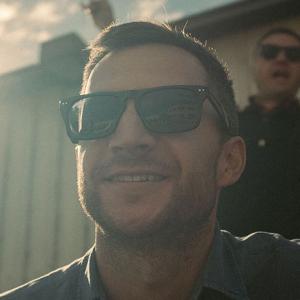