How R/GA Redesigned the Golden Globe Trophy Inside and Out

Better ergonomics, flashier, and with some hidden tech

If the Golden Globes trophy looked a little different on Sunday night than in years past, that's because it got a spiffy design upgrade courtesy of R/GA, the agency that originally made its name by creating title sequences for movies back in the 1970s.

The old trophy had a somewhat unwieldy square marble base, which was difficult for the winners to grasp, particularly with one hand—which meant they often held the trophy by the globe on top, obscuring it from view.

The new version has a sleek cylindrical base—an ergonomic improvement that was quickly evident on Sunday, as the winners easily held aloft their prize during their speeches and for photos. 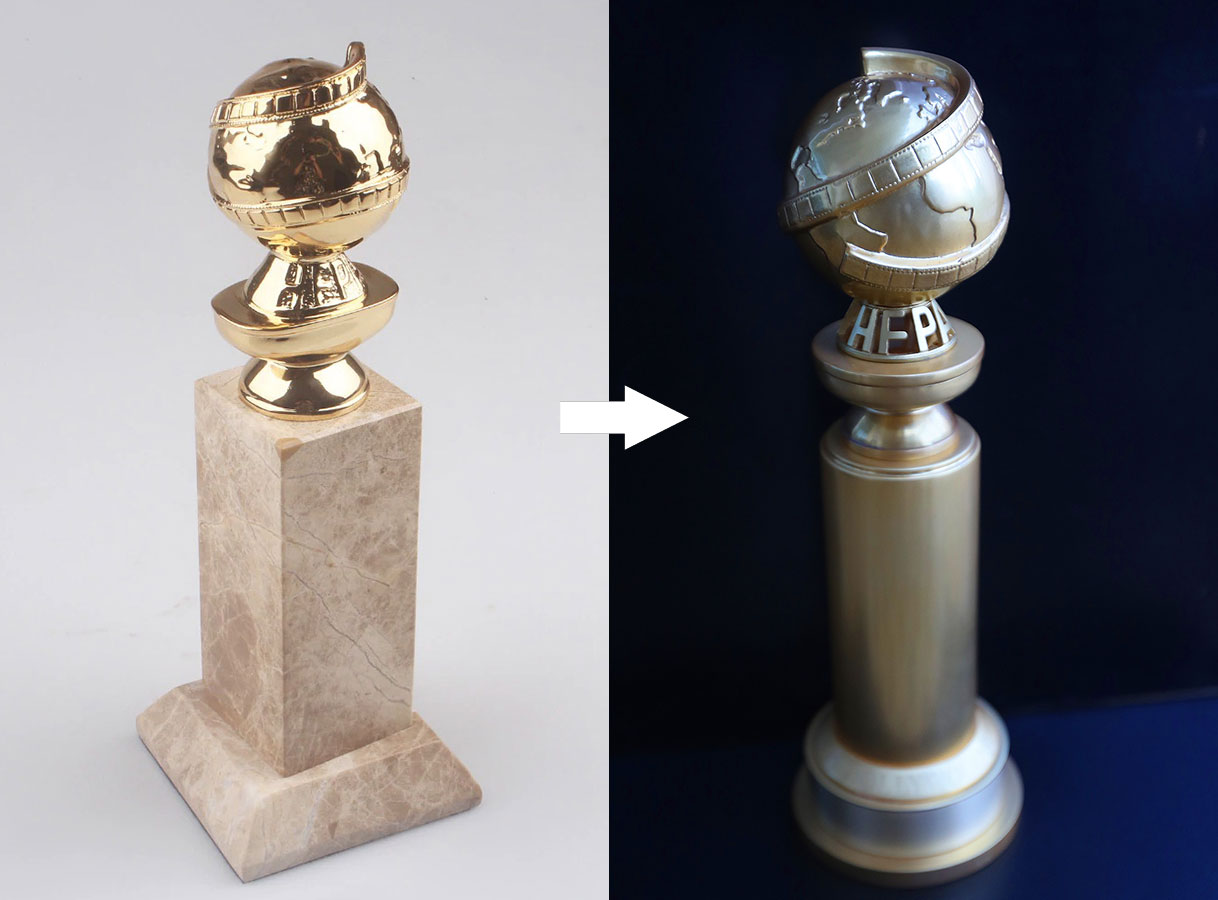 In addition to the ergonomic considerations, R/GA also added near-field communication (NFC) technology to the trophy, which allows for an embedded digital proof of authenticity—including information such as the name of the winner, the category and the year it was bestowed, ensuring each award is unique and authentic.

The new trophy is also larger than the old one—three quarters of an inch taller, and a quarter of an inch wider at the base. It's also several pounds heavier. 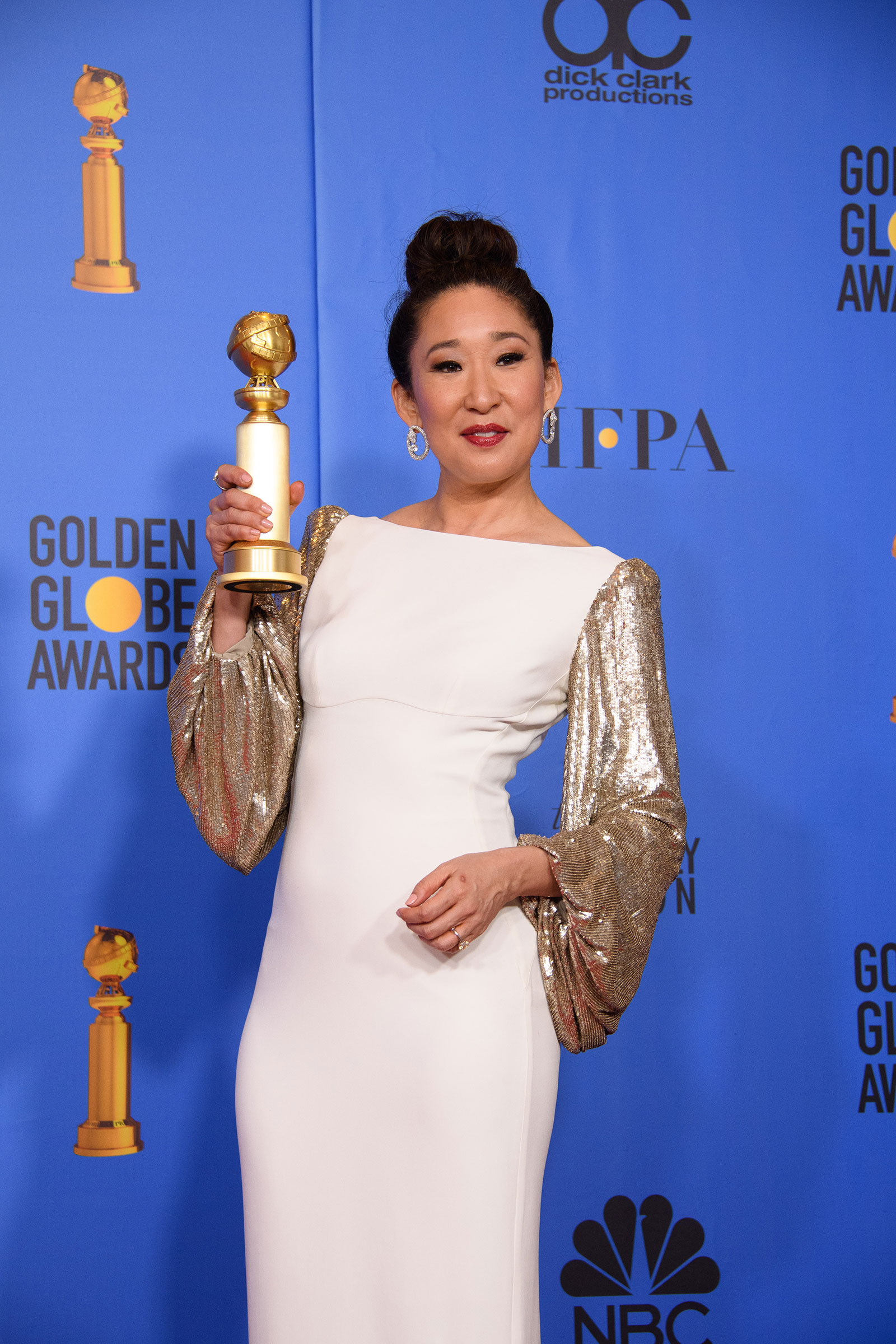 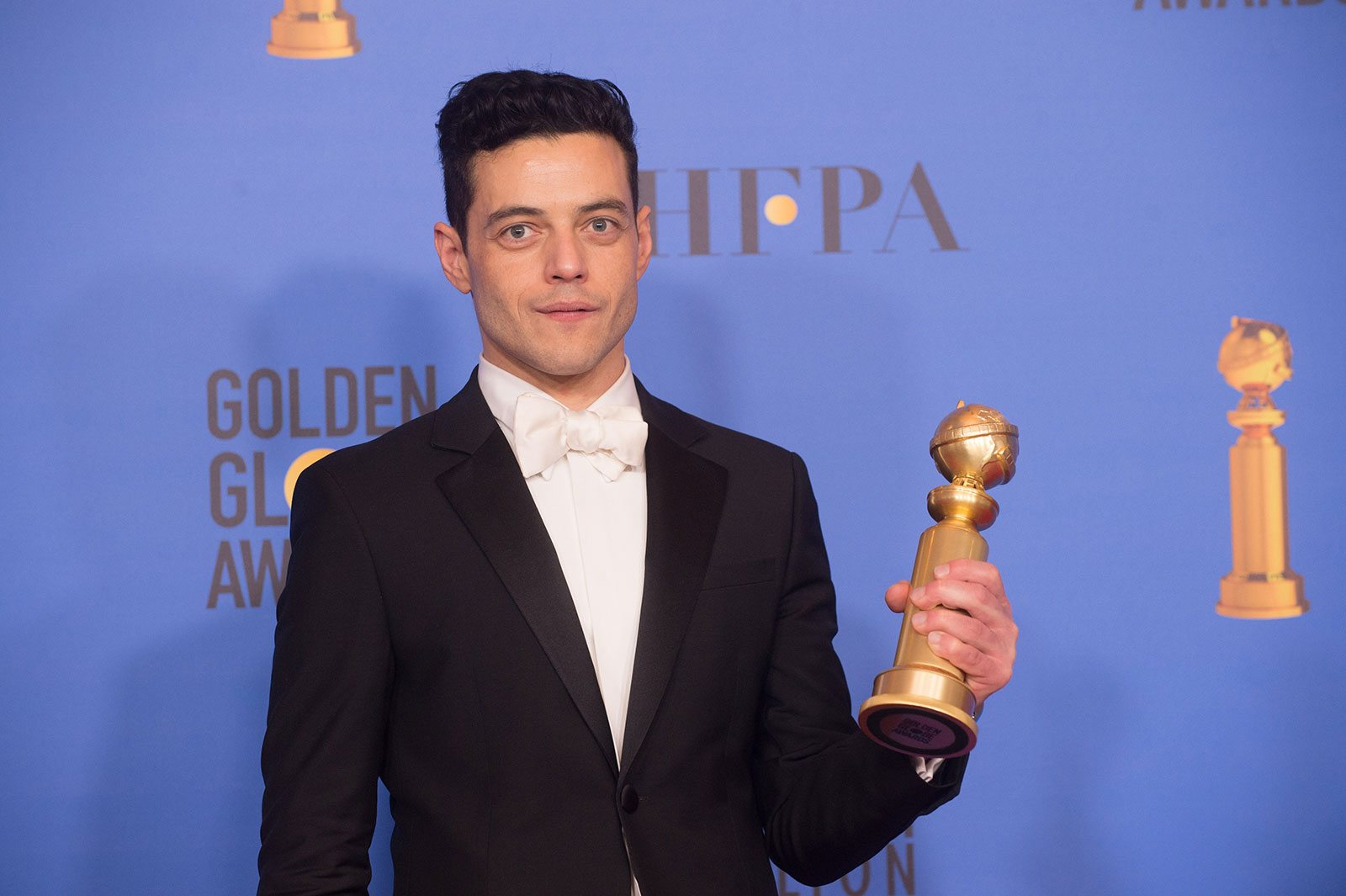 Photos courtesy of the HFPA

Below are the specs of the various improvements, provided by the Hollywood Foreign Press Association, which holds the Golden Globe Awards.

New updates include:
• Inclusion of digital element for proof of authenticity.
• Enlarged size: Last year's edition was 10.75 inches tall with a base width of 3.5 inches, while this year's trophy is 11.5 inches tall with a base width of 3.75 inches.
• All gold award, instead of marble base; R/GA also designed a marble version to be used for the Cecil B. deMille award and Carol Burnett awards celebrating lifetime achievement.
• Change of the final finish of the gold to 24-carat brushed gold.
• Cylindrical base of the award, rather than cuboid—therefore improving ergonomics to ensure that winners do not obstruct the golden globe when holding the award.
• Emphasis of the HFPA logo featured under the trophy, which until now has not been easily visible on stage.
• The new trophy consists of zinc, brass and bronze and weighs 7.8 pounds, 2.3 pounds more than last year's trophy.

"The new Golden Globe Award was designed with purpose and intent. We evaluated how the award has been historically presented, shown and used at the event and reconfigured a cylindrical, more ergonomic base, which is easier to hold with one hand," said Lars Hansson, executive creative director at R/GA.

He added: "The choice of material and the increased scale was incorporated as a celebration of the award itself, and as a nod to the HFPA, which deserves more prominence as the organization responsible for the accolade. The hidden technology, which uses similar security protocols as credit cards and contactless payment, was designed for HFPA in collaboration with Digiseq, and will allow HFPA to verify the true authenticity and recipient of the award should it ever be in question."

Campaign U.S. has more background on the redesign. Stephen Larkin, executive director of growth at R/GA, told the publication that the brief was simple—to modernize and reimagine the Golden Globe award. The only demand was that they couldn't make any changes to the globe itself.

For R/GA, the project represents a homecoming of sorts. The agency began life in in Hollywood the 1970s as a designer of movie title sequences. Indeed, the Clio Awards just celebrated the career of Richard Greenberg, one of R/GA's co-founders (and the brother of longtime R/GA leader Bob Greenberg). Richard passed away earlier this year.

"This has been such a meaningful project for us at R/GA," Larkin told Campaign. "For the agency to leave another imprint and stamp on entertainment culture 40 years later is very rewarding."