The long road to the making of make|SHIFT

Diet Coke from craft service in one hand. Probably a handful of cashews or one of those mini candy bars in the other.

I was on an ad shoot about a decade ago with Phil Morrison (who'd just directed Amy Adams in Junebug, her first Oscar nomination) and Oscar-winning DP Claudio Miranda. We were shooting a dialogue scene poolside at some fancypants Santa Monica hotel.

Between takes, I gave them notes on performance and even camera placement (in retrospect, smdh). They were gracious and collaborative, but as I walked away, I had a moment of clarity: How am I remotely qualified to give these guys direction? By the time I got back to the agency's "video village," I'd resolved to get a bit smarter and more informed about filmmaking. And I decided I'd accomplish this by making a short film.

Though I'd never written anything longer than :60, never produced or directed, it was on! I wrote a script. Pulled many favors from people more talented than me. Dug into my savings. And made a 14-minute film.

I loved everything about the process. Even those times when I was sure I was in over my head felt exhilarating. The finished product worked. It looked legit. The team was proud to be a part of it. Despite a few cringe-y first-film moments, it was selected to play festivals around the world. I had the experience of sitting in a dark room with 800 people on a different continent and hearing them laugh in unison at a comedic moment. It was a bit of validation (from total strangers!) that I could produce and direct a non-ad-thing and compete for attention.

During Q&A sessions after screenings, people almost always asked, "How do you find the time and energy to make a film, since you have a full-time job?" And I always answered the same way: Absolutely no idea. For some reason, I'm just driven to do it.

This was at a time in my career where I was losing faith in myself as an advertising person.

I was on an Antarctica-caliber cold streak (I Googled, and Antarctica is actually colder than the Arctic, FYI). I wasn't able to get work produced. As a result, I was pressing too hard and making my teammates nutso. A lifelong ad geek, I still loved the business. It just wasn't loving me back.

It would've been so easy, right then and there, to partition my life. Filmmaking would be my outlet. And I'll simply do "ad stuff" to pay the bills. I'd chill. I'd emotionally disengage. I'd be a maniacally creative Dr. Jekyll on my own time, and a go-with-the-flow Mr. Hyde on company time.

I see it in portfolios all the time: creative people who do amazing things on their social media accounts. Write songs, poems or novels. Dress with style. They have personal projects worthy of museum exhibition. But their ad work is arrow-straight. Which always leaves me baffled and thinking, "I want Dr. Jekyll!"

Anyway, I resisted putting up that creative partition. Not that I'm some pillar of iron will or have holier-than-thou artistic standards. It was a practical act of self-preservation. I'd lost my mojo. And advertising was a 60-hour-a-week job (particularly back then). Unproductive, lagging, zombie employees don't last long. On the other hand, filmmaking and production gave me energy. Inspired me to speak from the heart. I never felt jaded. When I was tapping into that part of my skill set, I was a better teammate. Yet, I loved being a copywriter/CD. I was in my late 30s and those were the only titles I'd ever had. I decided I'd figure out a way to do both. Copywriting and film production. Simultaneously, on the clock.

But how do you merge these worlds? There aren't really job descriptions for GCD-copywriters-indie-producer-directors. So I got "in over my head," again. And (after an inspiring stint at Mullen in Boston where they let me try it out, confirming it could work) I decided to build a company mashing up an ad agency and an indie film production company.

Last week, our longtime client WP Engine released a feature-length documentary titled make/SHIFT. They're a visionary client for committing to such an ambitious project. And I'm proud and humbled they trusted HeyLet'sGo to make it a reality. WP Engine is a digital experience platform for websites, meaning they help companies create online experiences to connect with customers. They wanted to engage tech-minded creatives by making a documentary detailing how internet technology forever changed the advertising industry.

HeyLet'sGo produced the film along with September Club, whose team members are credited on some of my favorite documentaries of all time. I co-directed with the uber-talented Casey Suchan, whose last film, The Animal People, was exec-produced by Joaquin Phoenix. Ad people. Movie makers. Cranking on a 14-month collaboration. Once again, it was on.

The list of participants in this film is unbelievable. We met all the industry leaders I'd always admired coming up in the business. And got introduced to many inspiring new companies along the way. It was part agency production, part fantasy camp.

The film explains how, when the internet became widely adopted, some traditional agencies stubbornly clung to traditional advertising behaviors and faded. Other strictly "digital shops" eschewed storytelling and failed to connect with consumers. But when they decided to mashup the disciplines, that's when creativity exploded.

That's some meta stuff, right there. 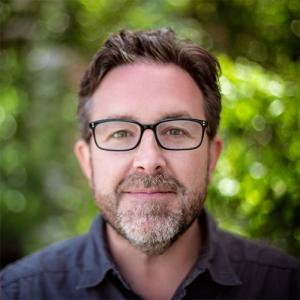