As Michael Myers returns, what are we scared of now?

Have you ever watched a movie through your fingertips? You gasp like your chest is collapsing on your heart. The music eggs it on, so your muscles stand alert in mid-contraction. You continue watching in a state of panic, wondering if the girl will get out alive. Still, we watch.

Now, three generations of audiences are coming together to revisit the story of a man in a white mask who likes to stalk young women. His name is Michael Myers.

Our deepest fears emerge onscreen. Movies simply mirror the complexities we face in life. The horror genre markets our nightmares. Consider the haunting work of German expressionism like Nosferatu by F.W. Murnau or The Cabinet of Dr. Caligari by Robert Weiner. The dark tone of those films—and the monsters among men—are a manifestation of the anxieties and anger of post-World War I Germany.

New Hollywood cinema in the '70s spoke to the defeated audiences of post-Vietnam America. No one was safe, not even in the white-flighted suburbs, from shell-shocked veterans returning from a living nightmare. By the late '70s, it led to the creation of the first Halloween movie and the scariest boogeyman of them all.

This Friday, the newest Halloween movie arrives in wide release—and judging by early reviews, it could be a splendid and chilling return to form for the franchise.

Considering our constant political, ethical and social turmoil today, it feels appropriate that Michael Myers return for another scare. This time he has a new generation to prey upon. The question is: What scares them?

According to recent horror films, our fears are primarily societal. Get Out reveals the fears of black communities in the face of endemic racism. A Quiet Place dramatizes a world forced into silence. The Purge reveals mankind's twisted desire to kill. Then there are some fears that transcend generations. A man in a white mask who harms women is one of them.

The original Halloween centered on Michael Myers, an escaped mental health patient, and depicts "the night HE came home" to take vengeance on the promiscuous and wild youth of the local babysitting ring. Laurie Strode, played by Jamie Lee Curtis, in her original scream-queen role, is the girl next door—whose innocence saves her.

Halloween isn't just a horror film, it's an art film. John Carpenter was approached to make it at the height of American auteurism. Not only did he direct and co-write the film, he also composed the score, now as famous as the killer himself. The long shots, sometimes from the killer's point of view, combined with the music, drive tension and suspense throughout. "We aren't seeing the movie, we are having it happen to us," Roger Ebert wrote in his original review.

To entice audiences, they marketed this technique in the film's original trailer.

Halloween became an instant success and a cult classic. A franchise was born. Five more Halloween movies were made between 1981 and 1995.

Then, in 1998, exactly 20 years after the original, it was time for a reboot. Halloween: H20—made by Bob and Harvey Weinstein's genre-focused Dimension Films, which had acquired the rights to the series in 1995—erased much of the messy lineage of its heritage, picking up where Halloween II ended in 1981. The Laurie we meet 20 years later, once again portrayed by Jamie Lee Curtis, is a working single mother who self-medicates on the side, and suffers from PTSD. Only this time, when Michael shows up, Laurie stops running and finds the courage to face her demons, transforming from victim to survivor.

H20, like most '90s horror films, played on the genre tropes formulated by its predecessors. The problem is that the societal fears in the '90s were largely superficial—killer bees and Y2K. Maybe that was the point of H20—to call out middle-class white suburbia. Just when they thought the bad times were over, the boogeyman appeared from around the corner.

H20's quick-witted script was heavily influenced by co-executive producer Kevin Williamson and followed the formula set by Dimension's hits of the previous few years—movies like Scream and I Know What You Did Last Summer (and later, the spoof series Scary Movie).

When Michael Myers returned in 1998, he had a new audience to scare. This time his prey was a group of post-modern, fast-talking, pop-culture junkies who look like they stepped off the set of a WB series. The marketing mimicked the '90s standard—a one-sheet with a dark background highlighting the recognizable cast members, and a trailer that promised sex, drugs and lots of violence through a heavy voiceover.

A lot had changed in two decades. New creative challenges and opportunities, like the internet, presented themselves. Dimension was one of the first studios to harness the web. Through this new technology, they marketed nostalgia, celebrating the 20-year return, and ignoring that it had only been three years since the killer had made his last onscreen appearance.

Not only did the studio need to excite a new generation, but fans wanted to be engaged every step of the way. They congregated on websites, building anticipation for a pop-culture icon who hadn't really disappeared. This was the beginning of the social era we live in today.

Fast-forward 20 more years to 2018. Women are regaining control of their stories and calling out their boogeymen. Michael Myers couldn't have returned at a more pertinent time. It feels poetic that the franchise escaped the grip of the Weinsteins just in time to share the story of a woman whose entire life was altered because of one man. Blumhouse Productions, which produced the latest edition, is no stranger to the horror genre—in fact, it's become what Dimension was to the '90s with a slew of hits including Paranormal Activity, The Purge and Get Out. The latter inspires hope that Halloween will return to its artistic roots.

The new film, called simply Halloween, erases the memory of all its predecessors, including H20 and Halloween II, which revealed the damning secret that Laurie and Michael were, in fact, brother and sister. All of that is gone now—this is a direct sequel to the original.

Forty years later, at the height of true-crime television, with series like Making a Murderer and Mindhunter, the incarcerated Myers is visited by a film crew eager to remind the world of his atrocious crimes. Upon his inevitable escape, waiting for him in Haddonfield is an older, wiser, bolder Laurie Strode and a slew of millennials destined to be slaughtered. The trailer promises gruesome scares and a battle royale between Michael Myers and the ultimate final girl, while Jamie Lee Curtis looms large in the haunting poster. 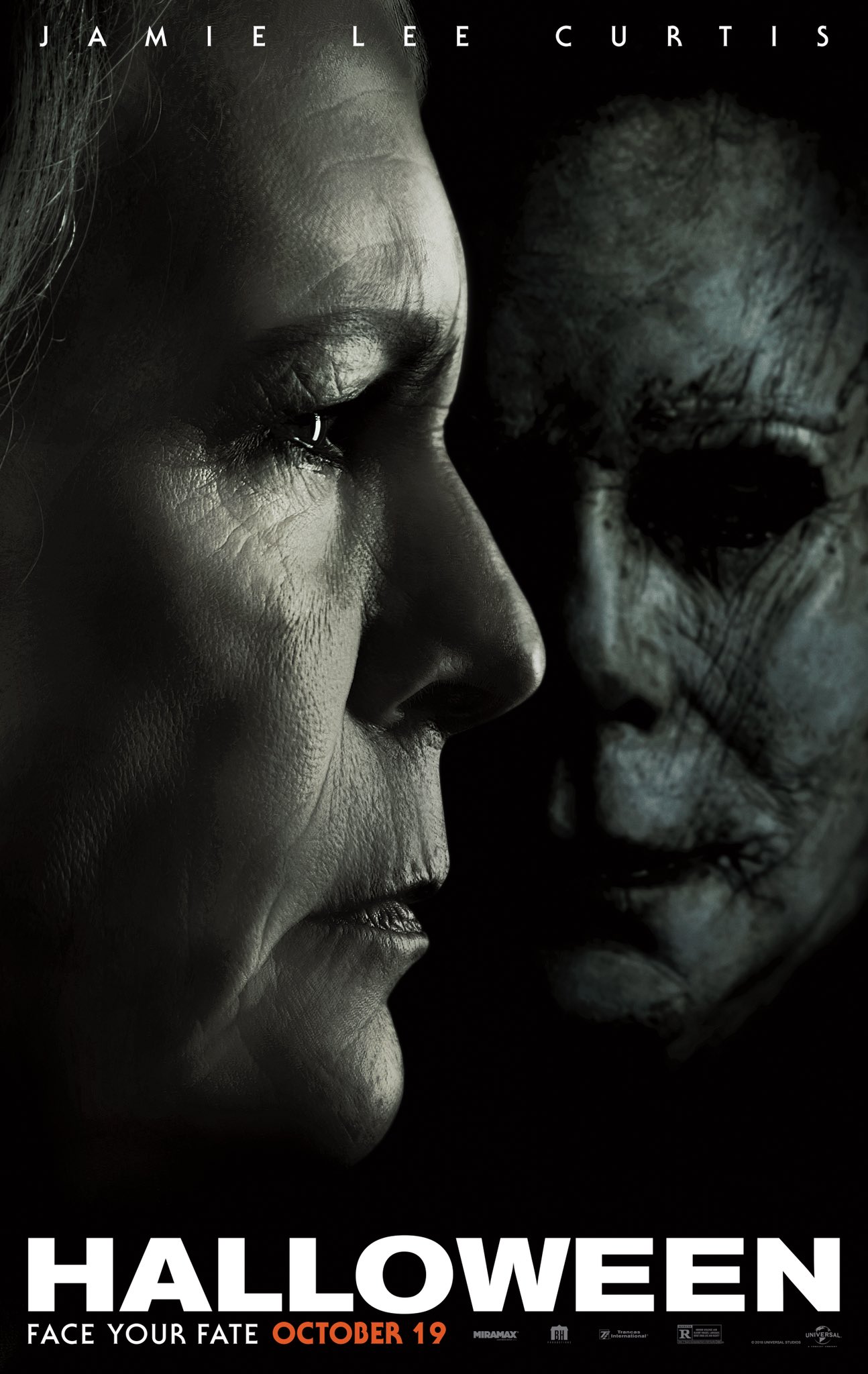 Horror films aren't often deemed motivational, but in the height of the #MeToo movement, anything is possible. In 2018, Laurie Strode is the hero, not the victim. Would it be too '90s to say girl power!?

It's no longer about the busty blonde running up the stairs instead of out the door. Times have changed, as have our fears. After 40 years, we've learned to fight back. Does that mean the end of Michael Myers? Doubtful. I suspect our cultural fears will always bring Michael out of hiding.

The real question is, 20 years from now, what fears will they be marketing?