From Homecoming to the Return of Kimmy Schmidt, See This Week's Trailers and Posters

Plus, some stellar documentary pieces are coming

It was quite a week in the world of entertainment marketing. We were served up everything from history to mystery, and all the fun stuff in between.

On the mystery front, we got a more in-depth look at the newest season of Homecoming, and things are looking pretty corrupt. Speaking of corrupt, there were plenty of history lessons for us this week. We got a look at the horror surrounding the invasion and takeover of the new world. We also saw a glimpse of the man so often misunderstood by history, Ulysses S. Grant. Then we saw a piece of history that hit pretty close to home right now—a look at eight brave souls who volunteered to quarantine together in a biodome for two years. It makes two months seem like nothing. Then to round out the history lessons, we even learned a little something about the War on Drugs.

One of my favorite pieces this week was a romance between two women who spent nearly 65 years hiding their relationship even from their families. The girl power stayed strong as we revisited two of our favorite modern-day wine-drinking killers in the trailer for the new season of Dead to Me.

Don't worry, we've got plenty of laughs for you, too. Imagine an animated adult series about a family of aliens trying to navigate life on Earth. Hulu did just that! And last but never least, this century's favorite redhead, Kimmy Schmidt, returned in an interactive special.

I told you it was quite the week. Here are some of the notable trailers and posters.

The trailer for the new season of Homecoming has arrived, and there's quite the mystery in store for us. What stood out most about this piece was the fast editing that felt jarring and shocking at times, combined with the intense music. It will leave all your nerves standing at high-alert by the end. The new poster also deserves a shoutout. The design, and especially the color scheme, gives a serene feeling until you focus on the fear plastered on Janelle Monáe's face. Homecoming returns May 22. 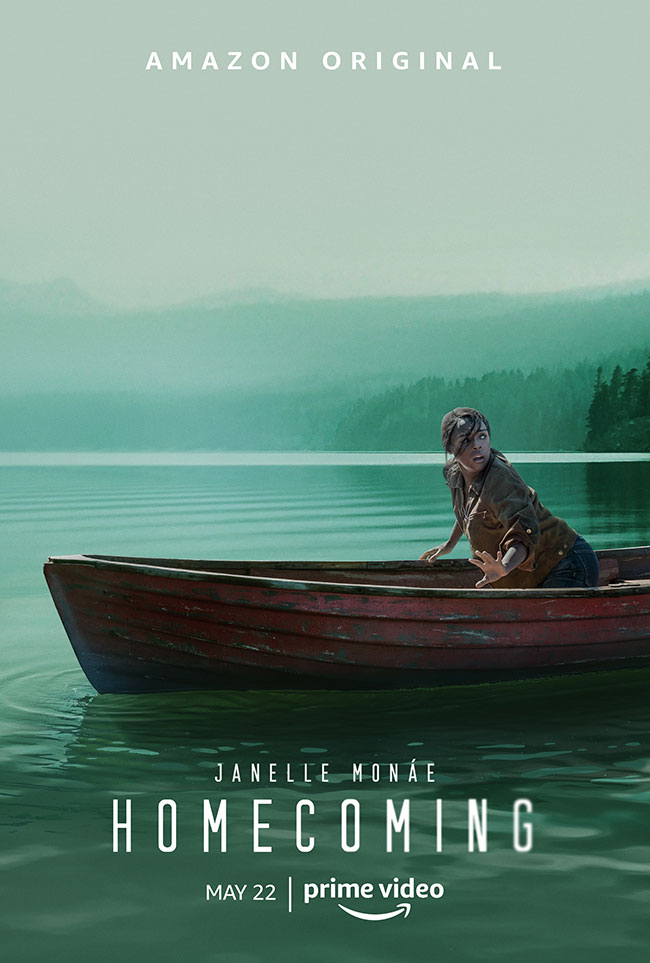 Inspired by the acclaimed biography by Ron Chernow, Grant tells the story of an often-overlooked American hero. The trailer cleverly combines interviews and fictionalized re-enactments to build up the character of a man commonly misunderstood. I admire the graphics, typography and intense sound design used throughout. Combined, they create a striking piece that resonates well after it's over. Grant premieres May 25.

The trailer for A Secret Love is a heartwarming look at a romance kept under wraps for 65 years. In a time when same-sex romance wasn't accepted, two lovers disguised their passion as friendship and only recently came out to their family and friends. The trailer is beautifully edited to evoke emotion and highlights the historical journey of the gay rights movement. If the story itself doesn't draw tears, the musical choice certainly will. Let's not forget the poetic design of the poster. It's a love letter and a snapshot of these rebels ahead of their time. A Secret Love is now streaming. 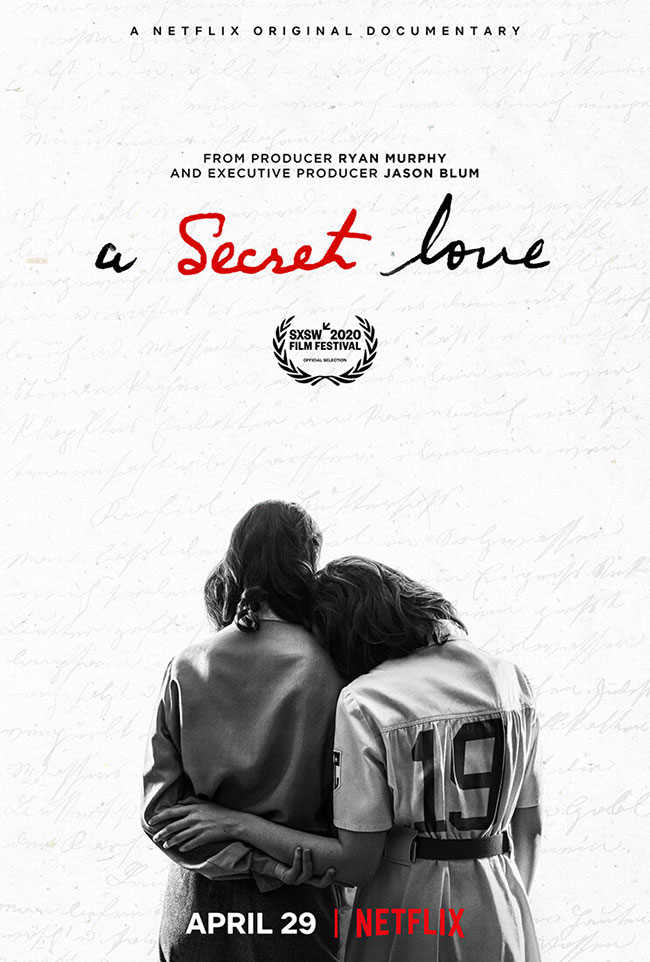 Spaceship Earth, a documentary about a group of eight visionaries who spent two years quarantined together in a biodome, looks like a bizarre reminder that the truth is often stranger than fiction. The trailer is expertly weaved to tell the story while building mystery and anticipation. I dig the music choice as well, which had a Stranger Things feel to it. The poster will capture your attention with its intense color saturation. It's bold, like those brave enough for this mission. Spaceship Earth launches May 8. 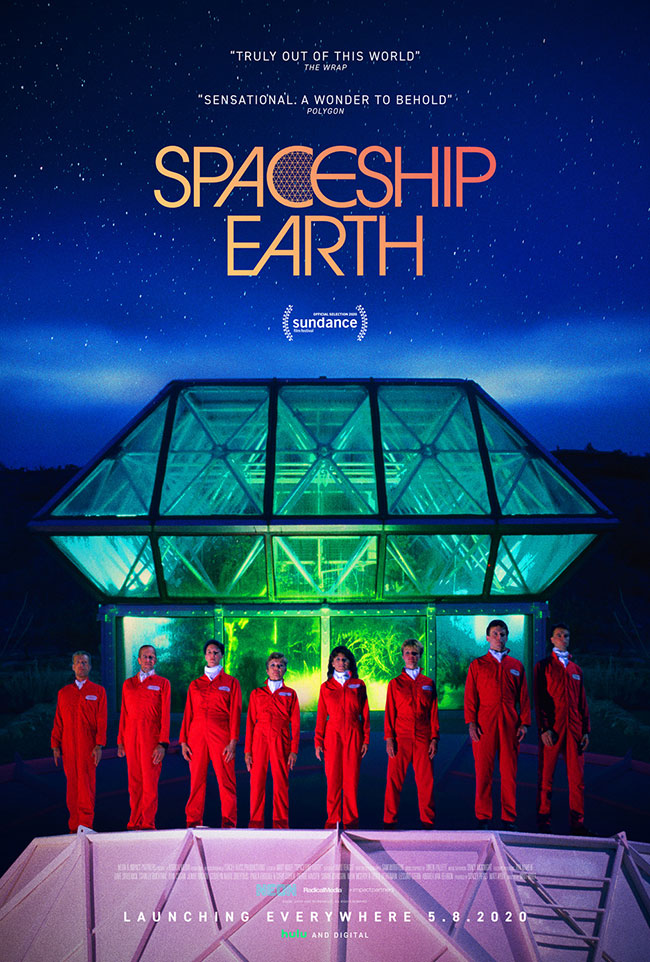 The trailer for Barkskins, a new limited series about the discovery and takeover of the new world, is haunting. The sound design alone will send shivers up your spine throughout. Add in the voiceover and the creep factor soars. This is another reminder of how gruesome and horrendous pieces of American history are. See the horror on May 25.

Solar Opposites, a new adult animated series from Hulu about a family of aliens trying to live among humans, looks like a riot. The trailer is a splendid compilation of jokes and witty copy as well as design elements that accentuate the out-of-this-world feel. Of course, what really makes this piece is the music, and its evolution throughout. Check out Solar Opposites on May 8.

We saw the teaser, and now the trailer for Dead to Me Season 2 has arrived. The trailer unfolds the plotline while offering tastes of wit that keep fans coming back for more. What I enjoy most about the trailer is the blend of the music choice and the ride-or-die tone of the piece—reminding us that when all hell breaks loose, you've got your pals. Dead to Me returns May 8.

The new docuseries The Last Narc goes inside the capture and torture of DEA agent "Kiki" Camarena, and the storyline is gripping. The trailer reveals never-before-seen interviews and snapshots of the man behind the mystery. The music drives the tension with every beat, as do the graphics and unique editing techniques. Uncover the real Narcos on May 15.

Get ready for some fun! Not only is Kimmy Schmidt back, but we, the viewers, are in charge of her next adventure. That's right! Get ready for an interactive special where you get to decide Kimmy's fate. The trailer for this special is so much fun, including examples of different scenarios. I also admire the graphics and bright colors throughout. Check out the key art as well, which highlights all our favorite characters. Interact with them all on May 12. 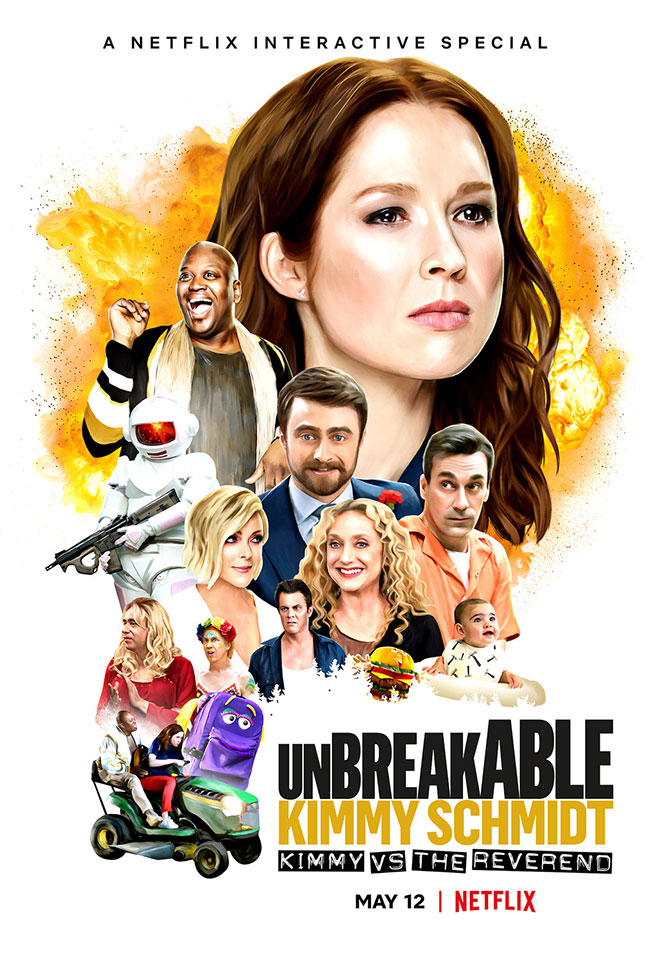