The Hidden Cost of Commercials

One day, while making my way back to video village from the craft service table, I paused and took a look at the bustling soundstage around me. Electrics were running cables. The stylist was steaming a rack of clothes. Camera assistants were unpacking cases, while an actor chatted it up with the makeup artist. The thought suddenly occurred to me: "Whose idea was this?" Grips, call sheets, camera assistants, prepro books—who came up with this process, with these positions?

The question took hold. My life consisted of prep, shoot, wrap, repeat. Where did it come from? I had to find out.

So, I started researching the genesis of the production process, back to when motion pictures first arrived on the scene. The public loved movies right from the start. In 1905, the day after the first movie theater in Pittsburgh opened, 1,500 theater patrons were lined up around the block, nickels in hand, waiting to get a glimpse of one. By the late 1910s, movies had become big business and early studio moguls knew that to make money you had to save money, so they created efficiency systems to maximize profit.

In 1913, the auto industry unveiled a marvel of productivity, the assembly line, and Hollywood snatched it up. Producers realized that by creating a perpetual production machine, they could keep costs low. They hired staff by the hundreds and assigned them to multiple projects at the same time. Writers, prop-makers, producers—crew in the studio era were always working. The savings were significant.

Feature films were cheaper to produce than shorts, so they became the industry standard. More footage with the same wardrobe, sets and crew meant more savings. Scripts were written according to what sets were already on the lot. It was a veritable factory of dreams. 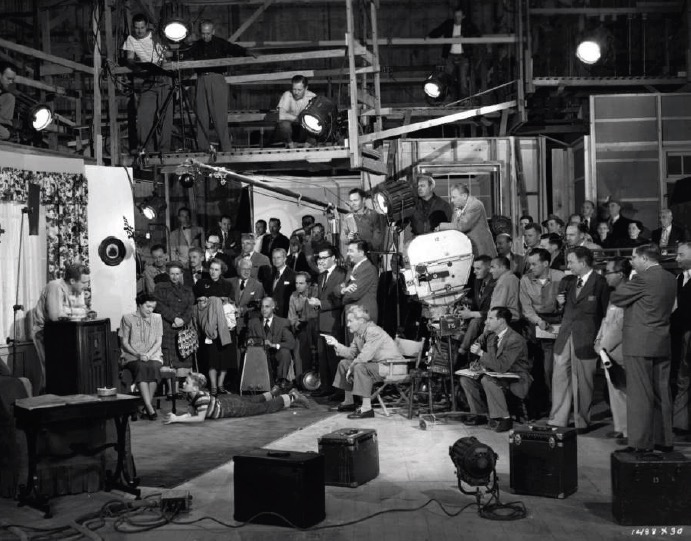 However, once World War II ended, the glorious, glamorous production machine switched gears. The Supreme Court ruled that the major studios held an illegal oligopoly (think monopoly, but with several companies), and the fact that they owned production, distribution and exhibition was just too much. Starting in 1948, the Big Five studios (MGM, Paramount, Warner Bros, Fox and RKO) were ordered to divest their movie theater chains. Changes in the federal tax code also made it attractive for actors to open their own production companies, and more independent production companies began to spring up.

The game had changed. Instead of a huge stable of workers receiving weekly salaries on long-term contracts, crew members were now free agents. Workers were hired on a short-term, per project basis. Seventy years later, that's the same employment structure we still use: Commercials, music videos, episodic and features all pull crew from a network of freelancers.

Even though the circumstances of employment had drastically changed, the process remained the same. Roles and procedures created for a studio world were carried over to a project-based world, and while they were familiar, they were not particularly efficient.

That's why in today's market the cost of producing commercials and promos is so high. Overages are common, the process isn't flexible, and it is not good at scaling down. It was never intended to. The process was created for an industry that ran off a stable of staff working for a single company on a continuous string of projects.

But that is not how our business works. Short-form projects are one-offs, each with a new set of circumstances, not leveraging existing resources. Last year, I produced a spot where the art department fabricated sets of a cobblestone street in London, Times Square in the '80s, and a yacht in Monaco—all disposed of after a two-day shoot. We produce more waste than content.

Our approach is like turning on the lights to the factory, manufacturing a single car, then shutting the factory down. Agency creatives dream in a vacuum, and production tries to make it work, which leads to overspending or disappointment. The average cost of labor on a job is often as high as 50 percent.

After uncovering the history, I asked, "What if it were possible to upgrade the system, to create high-quality content for less money?" So I enlisted my team and we began to experiment. We realized that most of what we do on a production is the result of tradition, not logic. By thinking outside the box we started to save and generate less waste. The unanticipated bonus was that the crew was happier, too. Here's how you can do it too:

Step one: Free your mind.

Find the closest piece of scrap paper and write on it "If I wasn't bound by tradition, what would I do?" then tape it to your desk. We are mostly on auto-pilot, doing things the way we were taught. With the advent of smartphones, do the weather and nearest hospital really need to be on the call sheet? Why not redesign the entire call sheet? Experiment with redistributing the workload. Challenge your team to lay out tasks associated with each job title. Then remove the titles and reorganize the tasks according to what makes sense. Assign new titles. Challenge the status quo.

Studios designed the production process before smartphones, hard drives and WiFi. Before women had the right to vote! Lean in to current technologies to streamline communication and eliminate redundancies. Back in the day as a production assistant, I scrambled to stick labels onto tabs of the preprobook before the agency arrived. PDFs of preprobooks are a holdover from those days. Use Google Slides or a website as a source for the job's information.

Up to 30 percent of costs in a stop-start approach are incurred in prep and wrap. Scheduling shoot days back-to-back can create savings upwards of 25 percent. Equipment rentals are on three-day weeks. With five consecutive shoot days, two days of equipment are free. For smaller companies this isn't always an option, but if you have the volume, stacking shoots is a financial goldmine.

Step four: Listen to the crew.

They've been silently watching for decades. Spend time with people one-on-one and ask, "What parts of your job are most fulfilling?" "What are the most frustrating?" "What ideas do you have about how we can improve the process?" Then listen. They have amazing ideas.

Hollywood is more than a place. It's a system, and we have borrowed its business model. Unfortunately, what was cutting edge in 1920 is an antique in 2020. The market is demanding innovation, and our clients are, too. We're being asked to do jobs on shorter timelines for less money. We can try to squeeze more into the process we have now, or we can design a new one that is fast, flexible and aligned with our values.

We are uniquely positioned to set our sights on the future and to blaze the trail for the industry to follow. So that 100 years from now, in the year 2120, when someone steps onto set and asks themselves "Who created this?"—the answer will be you. 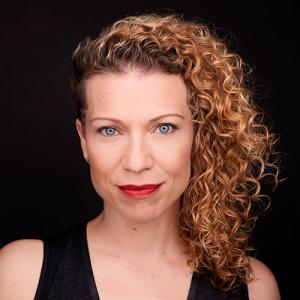