From Free Guy to Mank, See This Week's Trailers and Posters

Plus, Cobra Kai, The Witches and a grim Covid-19 doc

This week in entertainment marketing, we experienced life inside a video game, and it was as explosive and entertaining as you might imagine. There was also a trailer created entirely by A.I.—but rest assured, trailer editors, the computers have yet to match your skill.

In the spirit of the season, we mingled with a group of witches. Although the real spookiness this week came from a documentary about the American government's handling of Covid-19.

While Halloween is around the corner, let's not forget the true holiday season will start the day after. In fact, Netflix is gearing up to spread some holiday cheer. That's not all Netflix has in store for us. We saw a trailer for their New York-centric teen drama and looked at the lineup for Season 3 of David Letterman's interview series. Although it was Netflix's teaser for Selena: The Series that really delivered the star power. Last but not least, we got a taste of David Fincher's latest film, which pays tribute to classic Hollywood.

There's lots to look forward to this week. Here are some of the latest trailers and posters.

Imagine a world entirely scripted and designed by someone else, a place where no one is free to think for themselves. Life inside a video game can't be easy, and Blue Shirt Guy has had just about enough of it. Ryan Reynolds is Blue Shirt Guy, and the trailer for Free Guy will have you erupting with laughter. There's also a few can't-miss cameos. The trailer fuses story and action, making viewers feel like they're part of the game. Plus, the music choices are brilliant—starting with Mariah Carey's "Fantasy" and closing with the Who's "Teenage Wasteland." Also, check out the explosive poster design—the tagline is golden. See Free Guy on Dec. 11. 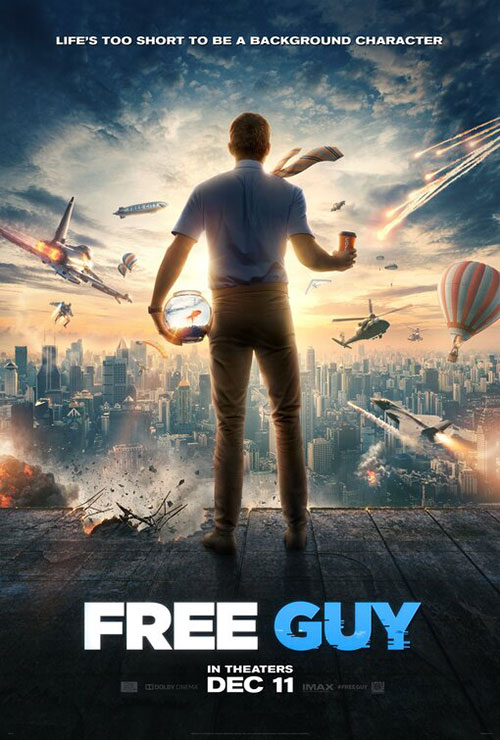 Cobra Kai is back in this thrilling announcement date teaser. The series based on the Karate Kid characters originated on YouTube but will air Season 3 on Netflix. Good news for fans—Netflix has already signed on for a fourth season. The teaser is short, but intense—packing in drama, karate, and the distressing beat of a heart monitor. Get ready for more Cobra Kai on Jan. 8.

Robert Zemeckis has reimagined the Roald Dahl classic, which follows a recently orphaned boy and his grandmother to a seaside hotel that also happens to be hosting a convention for witches determined to destroy children. The trailer is fantastical, comical and thrilling. Most endearing is the use of music in the trailer. The Four Tops' "Reach Out" begins with the original and evolves into something wildly dramatic and ominous. The poster design is simply grand, featuring the wider cast, including the children transformed into mice and a larger-than-life Anne Hathaway, who plays the head witch. Interestingly, the poster's tagline speaks not to the film itself, but to the circumstances surrounding its release. Initially intended for big screens, due to the pandemic The Witches will be released straight to HBO Max. Big screen or at home, it's arriving Oct. 22, just in time for Halloween fun. 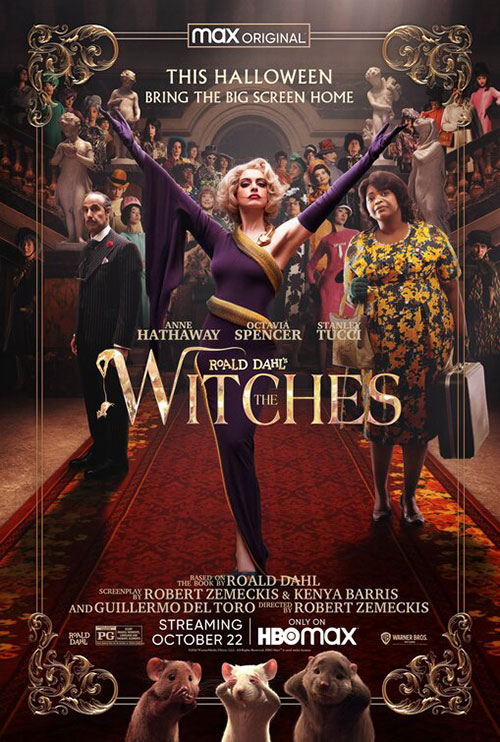 Selena, the famed performer whose life was cut far too short, will have her story told in a new Netflix series. The teaser is almost as stunning as the artist herself. The spot is shot in black and white and has a dreamlike quality, which feels very fitting for a story about a girl who dreamed of becoming a world-renowned performer. The poster is striking, mainly because of how much actress Christian Serratos resembles the real Selena. The series premieres Dec. 4. 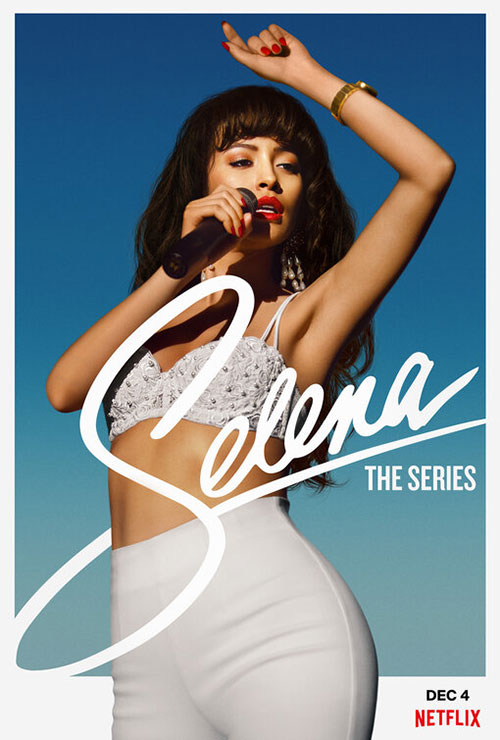 We saw the teaser, and now the trailer for Grand Army is here. And like the story itself, it's powerful. The series explores five high school students' lives as they struggle with sexual, racial and economic conflicts in New York City. What's unique about this piece is how the music, Amber Mark's "The Lord Must Be in New York City," lives at the heart of it, and the story plays out around it. Grand Army premieres Oct. 16.

This new documentary about the government's handling of Covid-19 may be the scariest release this October. The trailer for Totally Under Control is gripping, including interviews, news clippings and direct quotes from President Trump. The result is startling. The poster design vividly illustrates this grim chapter in American history. Watch Totally Under Control on Oct. 13. 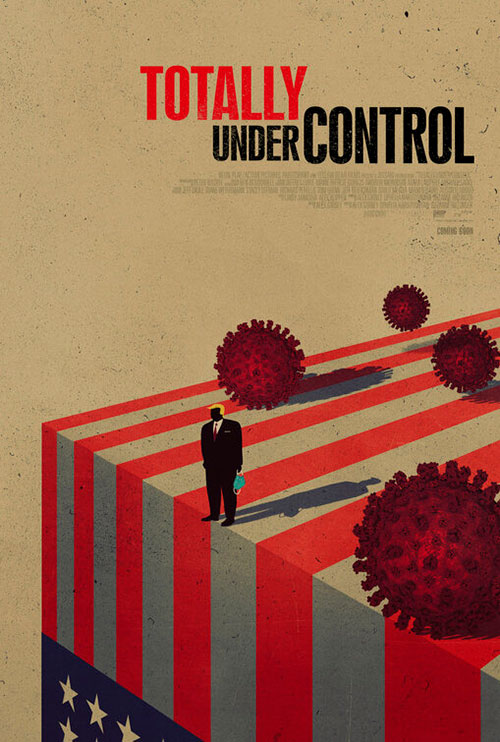 The holiday season is quickly approaching, and Netflix is ready to raise audiences' spirits with Jingle Jangle. After a brilliant toy makers' shop and inventions are stolen by an old friend, he's left with only one idea—the most wondrous of all. The trailer is uplifting and blends story, action and a few dancing sequences. The title-card designs speak to the season, and most enchanting of all are the title treatment graphics at the end. The poster design delivers a magical feeling perfectly attuned for the holidays. 'Tis the season on Nov. 13. 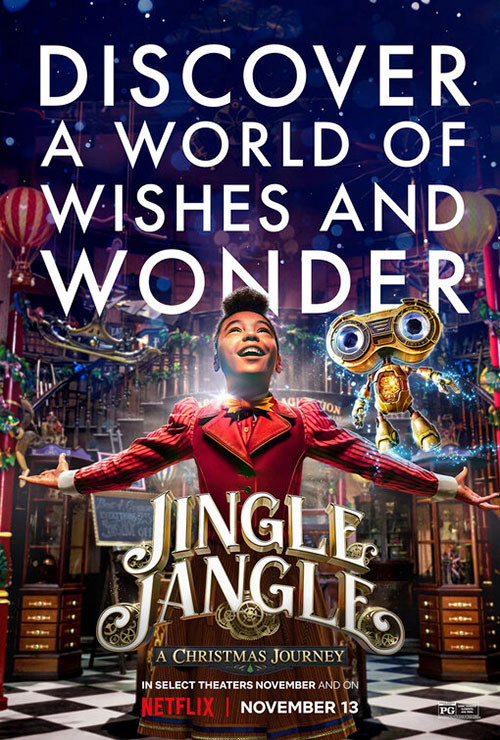 Imagine a trailer written, edited and scored by A.I. That's precisely what Fox created to promote its new A.I. focused series, Next. A computer algorithm watched the entire series and selected key themes, scenes and dialogue to comprise the spot. While the idea is intriguing, the result is a bit underwhelming—but that's good news for all the human trailer editors out there. The series itself is worth a watch. Next airs Tuesdays on Fox.

My Next Guest Needs No Introduction with David Letterman

David Letterman is back with his compelling interview series, and Season 3 guests certainly need no introduction. The lineup includes Robert Downey Jr., Dave Chappelle, Lizzo and Kim Kardashian West. The trailer is the perfect blend of humor, heart and that distinctive David Letterman charisma. Get ready for an all-new season on Oct. 21.

Herman J. Mankiewicz, the legendary screenwriter of Citizen Kane, is coming to Netflix in a new film directed by David Fincher. The teaser is a cinephile's dream come true as it channels the style of classic Hollywood. The teaser opens with a throwback rating card, and from there, everything about it remains true to the vintage style. It's shot in black and white and includes cursive type to introduce the star, and a noir style title treatment. Netflix even updated its logo to mimic the RKO logo. This piece is a Hollywood gem. Mank premieres on a screen near you Dec. 4.