Perhaps BBDO's long-form ad will grow on you 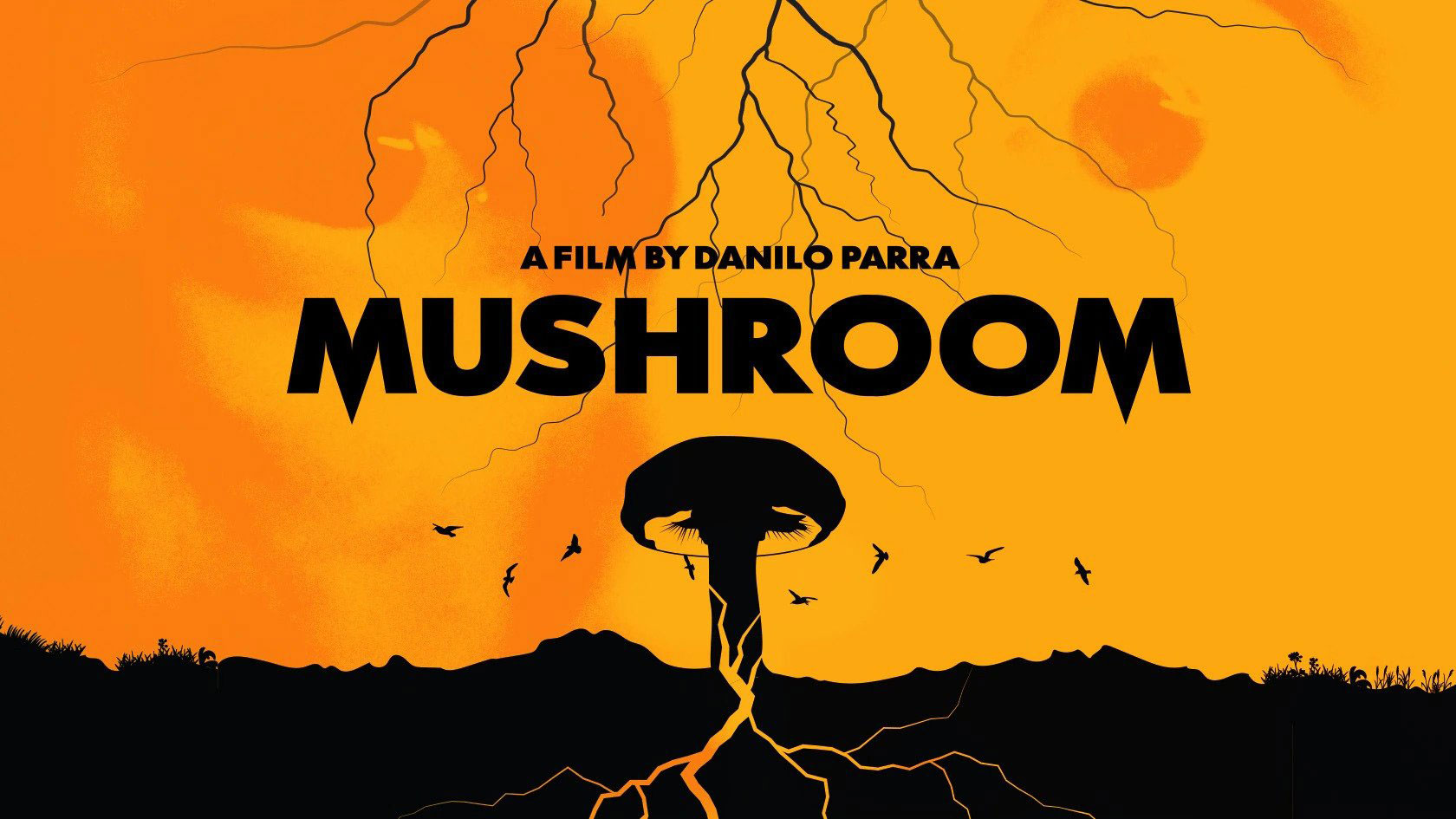 Can the story of two dudes batting for a ginormous mushroom help Ford sell electric vehicles in Canada?

We're about to find out, thanks to "Mushroom," a seven-minute-plus film from BBDO, shot outdoors, mostly at night, with lights and other equipment powered by the automaker's EVs.

That fearsome fungus will spring from the dirt and kill us all! Won't it? There's a woodsy, stormy-night horror-flick vibe, but you'll have to dig into the full-length dish to see how the tale unfolds:

Aw, no gore or dismemberment. It's the venerable Ford brand, after all. If Tesla made something like this, limbs would have flown in all directions!

Here's an entertaining BTS reel, with Ford's F-150 Lightning and E-Transit on display:

"We wanted to open consumers' minds to the new experiences electric vehicles make possible, ones that weren't possible with traditional gas vehicles, that go way beyond sustainability or saving money by ditching the pump," says Aaron Arellano, strategy director at BBDO Canada.

We believe they succeeded, providing a novel product demo that keeps branding to a blessed minimum.

The film premiered Oct. 5 on Crave, and now streams for free on YouTube.

Muse: You're selling electric cars, so why use a supersized shroom?

Mike Schonberger: Ford EVs hold incredible power and potential. We didn't want to just say that but show it. The idea to create the first film powered by electric vehicles provided that opportunity.

The film had to be interesting on its own. Something original and unexpected. The story of two very different mushroom foragers in a war of attrition over a giant mushroom was a perfect fit. Not only was it different and intriguing, but it required a secluded forest location and ambitious night-shoot power demands. The EVs could then supply everything we needed to create each scene, day or night, in a place without existing power sources.

How much freedom did the Parra have to work with that concept?

When we started talking to directors about making an original short film for Ford without any vehicles in it, their first question was always, "Is this real?" We wanted to give them the freedom to make the film they wanted, with us. The idea was always to present the film as "A Ford EV Production," with the vehicles enabling the creators.

It lasts seven and a half minutes. Weirdly, that's not a record for giant mushroom movies. But it's long. Will viewers hang in?

It's an engaging, original story. It escalates quickly and builds all the way to the climax. It's designed for short attention spans—and our budget realities.

Who's the audience? What are you telling them, brand-wise?

It's a very broad target. There's no specific demographic, but it was especially geared toward those who see Ford as more of a traditional or conservative brand.

Why not show the vehicles?

We wanted the viewer to enjoy the film on its own merits, and then reveal that Ford made it happen. The behind-the-scenes video was equally important to us. It's where we show the vehicles as the unexpected stars behind the camera. No polish, no tire shine. Just real EVs at work, powering a huge production.

Of course, shrooms have a psychedelic connotation—your scenario plays into that. Edgy, perhaps, for a mainstream brand?

The story is a symbol of nature's power and allure. The giant mushroom is a rare and coveted prize, but there's no intent to link it to any kind of hallucinogen. 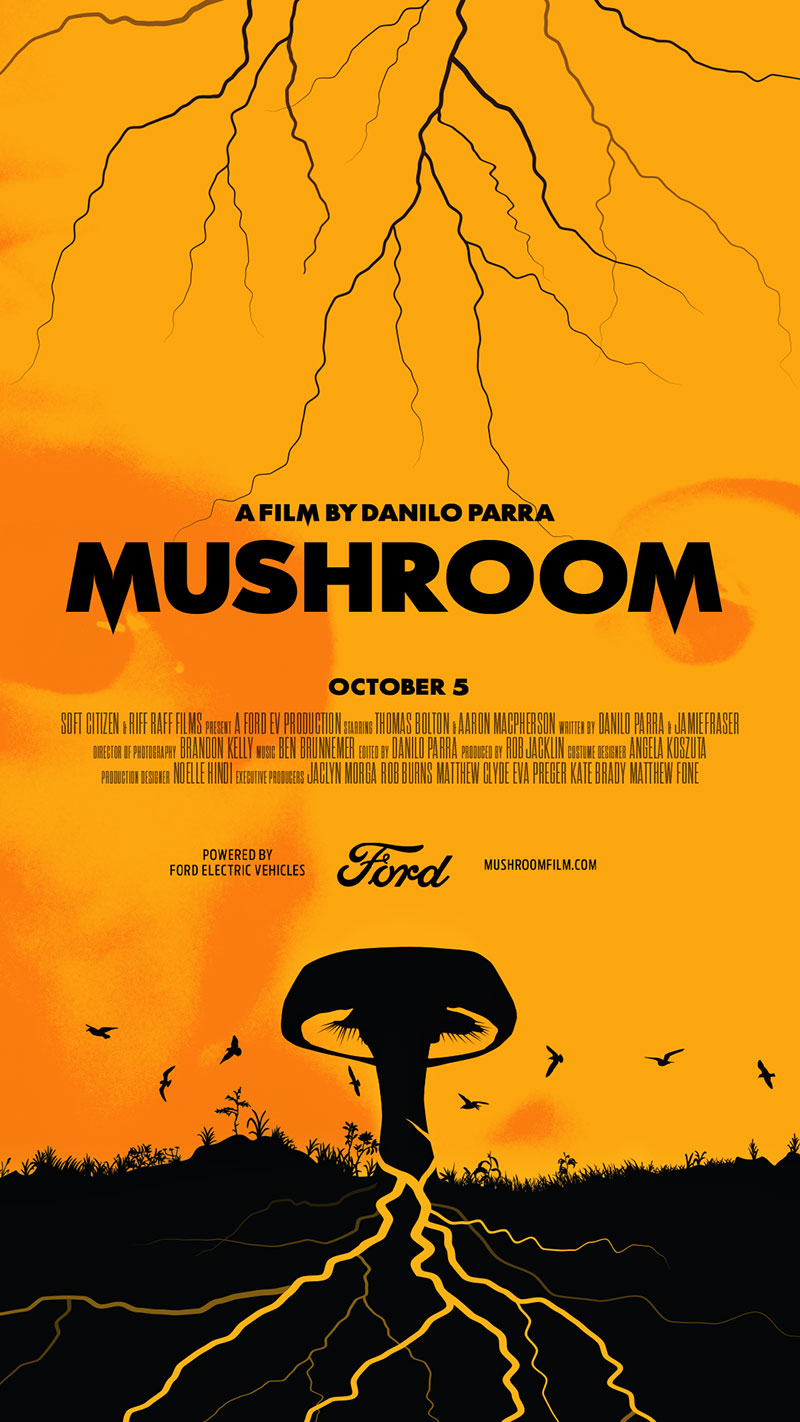