From Eternals to Old, See This Week's New Trailers and Posters

Plus, Chris Pratt in The Tomorrow War and Apple TV+'s Physical

Time has been a funny thing during this pandemic; while some things pre-March 2020 seem like only yesterday, others seem like entire lifetimes away. And well, this week's trailers and posters are here to mess with our sense of a time a little bit more.

And why not? It certainly is exciting as we meet some folks who live forever and others who seem only to have one day. There's some time traveling to fight a future war, and back to the heydays of '60 nightclubs and '80s aerobic studios.

So throw your watches to the wayside and get ready to get lost in time with this week's excellent offering of new trailers and posters.

Chloé Zhao, fresh off her Oscar win for best director, is bringing her skills to the Marvel Cinematic Universe in Eternals. This highly anticipated film follows the events of Avengers: End Game with a new group of immortals. With Skeeter Davis's "The End of the World" as soundtrack, we are introduced to this latest batch of characters as the piece transitions seamlessly into a majestic score and voiceover narration. The slick cutting culminates in a triumphant ending with an excellent graphic title treatment. But it wouldn't be a true Marvel movie without at least one moment of levity, provided in the piece's bumper. The epic poster highlights the all-star cast that will make up this group of Eternals. The film comes to theaters in November. 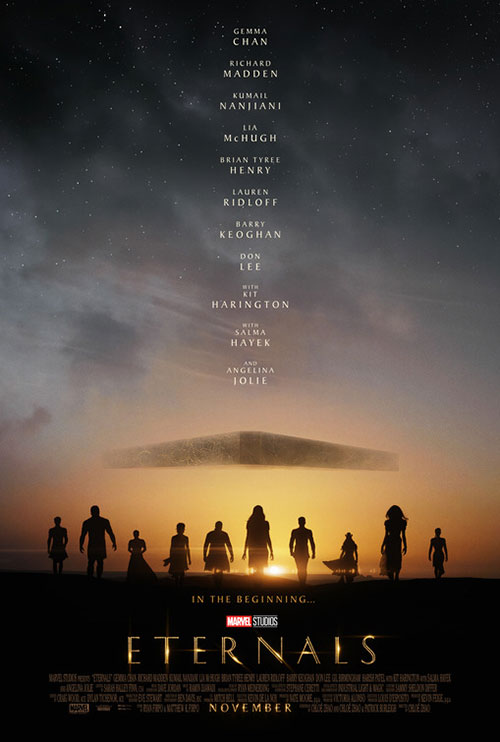 Last Night in Soho is the latest from Edgar Wright as the celebrated director takes on the world of horror. With the film's star Anya Taylor-Joy singing a haunting cover of "Downtown," we are transported back to 1960s London as a young, aspiring fashion designer meets a glamorous club singer. But with the help of terrific sound design and editorial, the piece soon twists and turns into a thrilling and mysterious romp that leaves you wanting more to figure out exactly what's going on with these two. The piece ends on an excellent still as we watch glass break into the title card. The eye-catching poster highlights the dual persona we will meet in the film. Last Night in Soho is scheduled to hit theaters just in time for Halloween on Oct. 22. 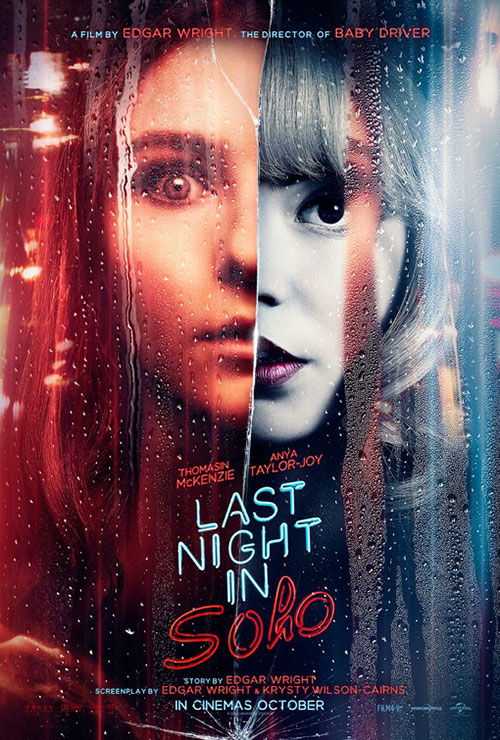 In The Tomorrow War, a new sci-fi action film from Amazon Prime Video, Chris Pratt plays a young dad who finds himself drafted into a futuristic war to fight deadly aliens. This trailer uses excellent storytelling to build into a propulsive cue that highlights the fiery and explosive action to come. The poster finds Pratt front and center and geared up to take on this new batch of villains. The film will stream on Prime on July 2. 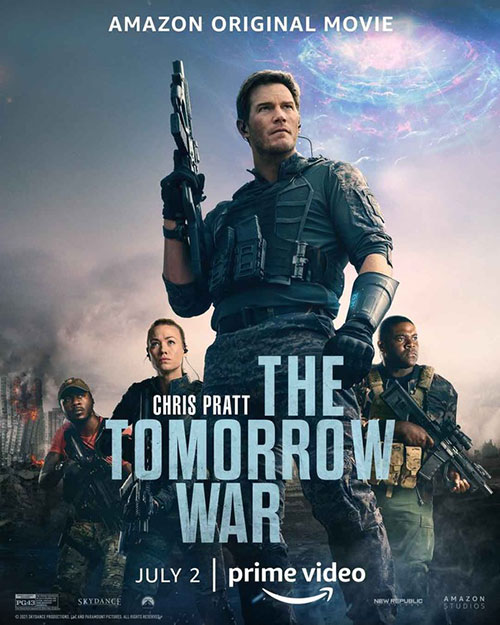 The cheery danceable vibes of the Ronettes' "Always Be My Baby" and the happy news of a new pregnancy soon unravel in this trailer for the new Hulu Original film False Positive. Starring Ilana Glazer of Broad City fame, the story follows a young woman who gets pregnant only to realize something more sinister may be going on. A piercing set of screams leads us into a thrilling montage as the cue gets trailerized to add terrific emphasis to the horrors that are unfolding. The film is due on Hulu on June 25.

Pull out your Spandex because the full trailer for Apple TV+'s new '80s aerobic show Physical is here. The trailer is filled with plenty of '80s flair as we watch a young mom's aspirations dissolve and rise again as she finds her niche as an aerobic entrepreneur. Expose's "Point of No Return," paired with an inner monologue from the show's star, Rose Bryne, help drive the trailer with an upbeat tone that gets us ready to pull on our leotards when the show premieres June 18.

M. Night Shyamalan is headed to the beach, but as expected, things are not what they seem in this latest from the famed filmmaker. Old tells the tale of a family vacation gone wrong when the family members start to age rapidly, and their entire lives are reduced to a single day. The trailer allows us to experience the unwinding of the family trip as the editing and sound design slowly intensify to build the chills and give us those signature M. Night jumpscares. The poster also contributes to the creep factor with one young leg and one that's, well, quite old. The film comes to theaters July 23. 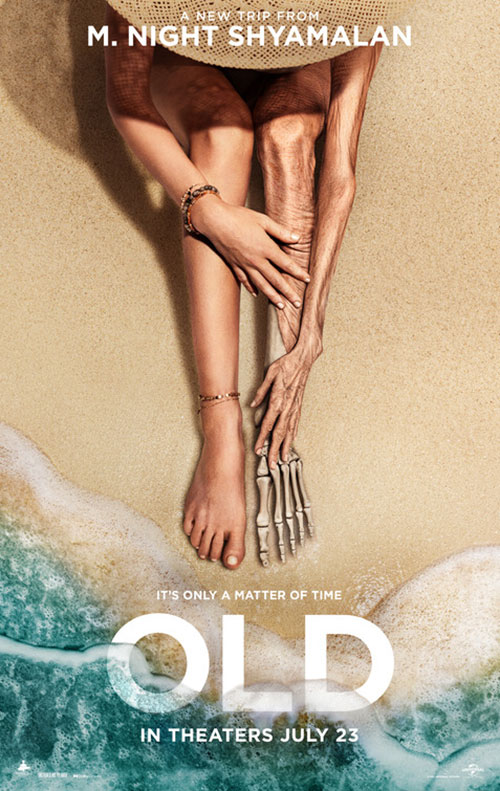