'The Seas Between Us' for Rustlers streams on Amazon

Here's a peculiar addition to the growing world of branded movies—a 72-minute arthouse film, in German with English subtitles, created by Droga5 London for the microwavable burger brand Rustlers.

It's called The Seas Between Us, and it's based around the theory that German chef Otto Kuase invented the hamburger in Hamburg, Germany, sometime in the 1800s. There is actually some debate over who invented the burger—White Castle officially endorses the Kuase theory, and Droga5 insists the new film is a "historically accurate biopic."

But then you watch the trailer, and you realize this is more of a parody of a German arthouse film—complete with jaunty jazz score—than the real thing.

The film stars character actor Paul Fassnacht (best known for The Lives Of Others) as a personified hamburger who, on his deathbed, is telling his life story to a documentary filmmaker of how he set sail to America to make his fortune. Meanwhile, the Hamburger's son offers a counter-narrative—about the pain and sorrow of having an absent father.

"The film grapples with themes of hubris, the pitfalls of absent parenting and the ugliness of fame," the brand says in a press release.

The film—which is available to watch on Amazon Video, free for Prime members in the U.K. and Germany—was directed by Katharina Behrens.

"The process of creating from scratch a legitimate piece of arthouse cinema was daunting enough," says Dan Morris, creative director at Droga5 London. "Then we realized, to be true to the idea of the hamburger being created in Germany, the film also had to be in German. Which none of us spoke. Some might say it was an insane thing to undertake. Those people have obviously never worked on Rustlers."

The screenplay was written by Droga5 creatives Frazer Price and Teddy Souter in English and then adapted into German by screenwriter Jan Eichberg. It was filmed in Cologne and premiered at Berlin's famed arthouse cinema Babylon Kino. The original jazz score is also available to stream on Spotify.

David Kolbusz, chief creative officer at Droga5 London, tells Muse that the brief was originally for the Germany market, where Rustlers is little known.

"The way in was simple," he says "Everyone thinks hamburgers were created in America. But actually, history tells us they were created in Hamburg by a German. It's obvious when you think about it, but few people know the truth. Telling a straightforward history lesson was never an option, so we came at it by creating a piece of communication we felt was as German as could be."

The campaign was expanded to the U.K. after Droga5 realized it's the 150th anniversary of the hamburger's invention (which also probably isn't true).

"All the history of the hamburger in the film is true," Kolbusz counters. "It's a factual odyssey about the world's most famous meal. Only it's a story that's never been quite told like this. And in a way only Germany could tell. To our knowledge a brand has never done this before."

What does this amusingly weird and pretentious exercise in fakery add to the canon of branded film?

"The Seas Between Us won’t be to everyone’s taste, but hopefully those who have an appetite for impenetrable German art films will enjoy it all the way through," says Kolbusz. "While others who haven’t the patience will still enjoy the absurdist humor of the concept and appreciate the effort it took to commit to a joke of this scale. And at the very least, you can enjoy the full jazz score." 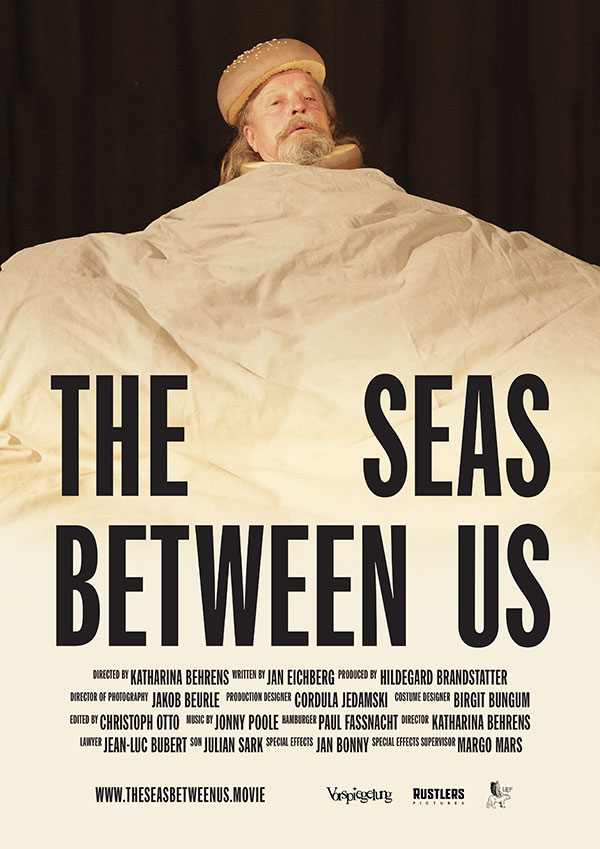